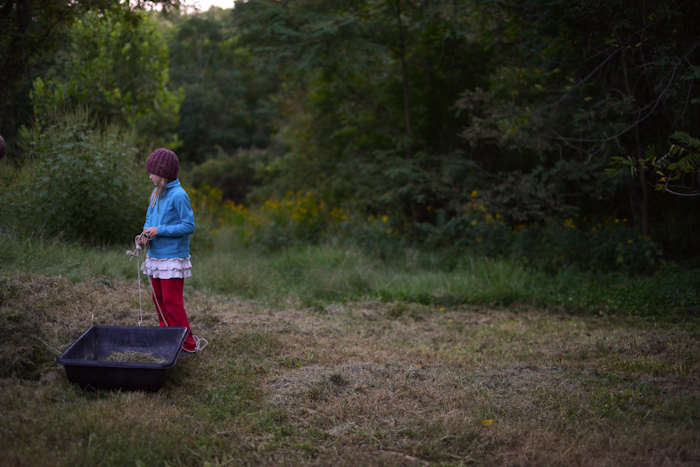 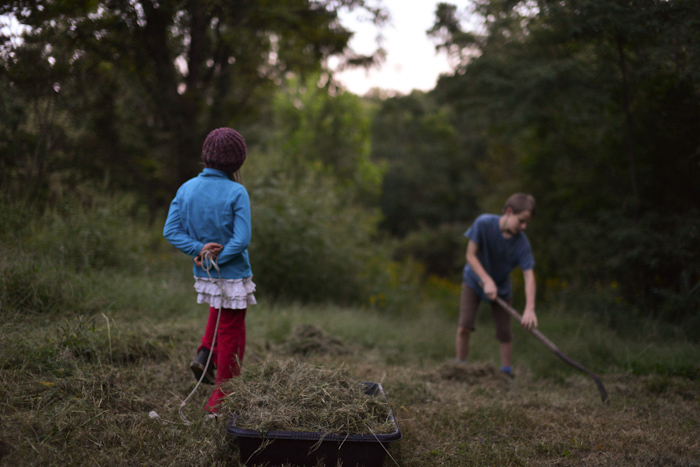 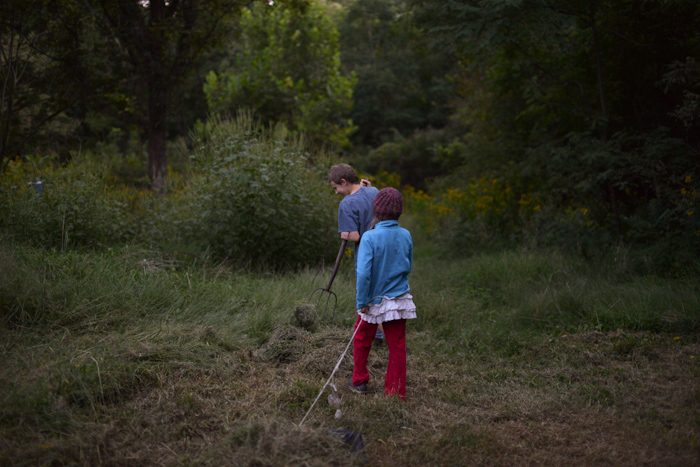 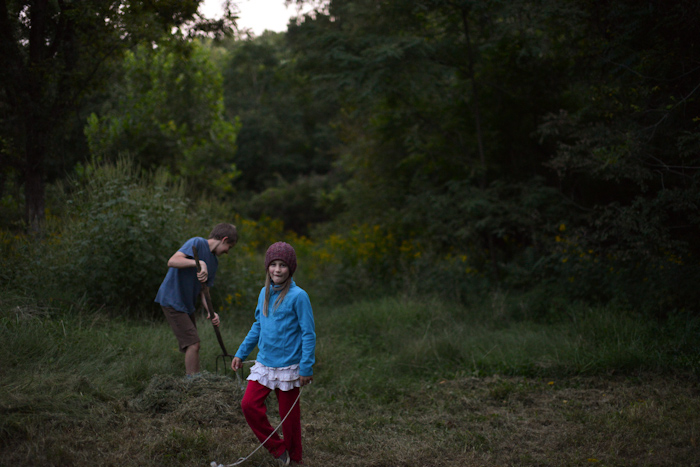 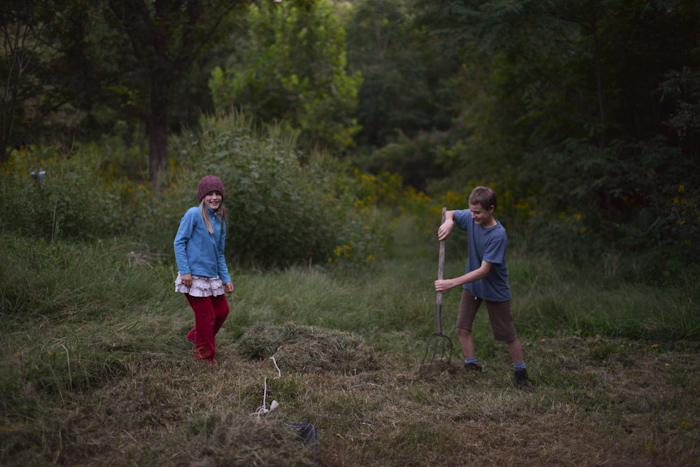 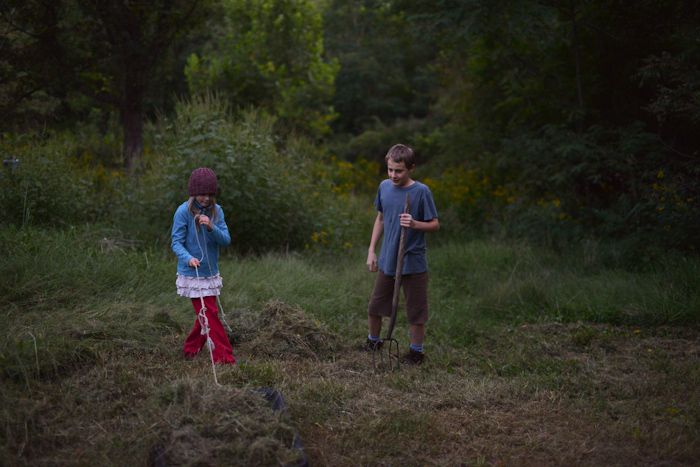 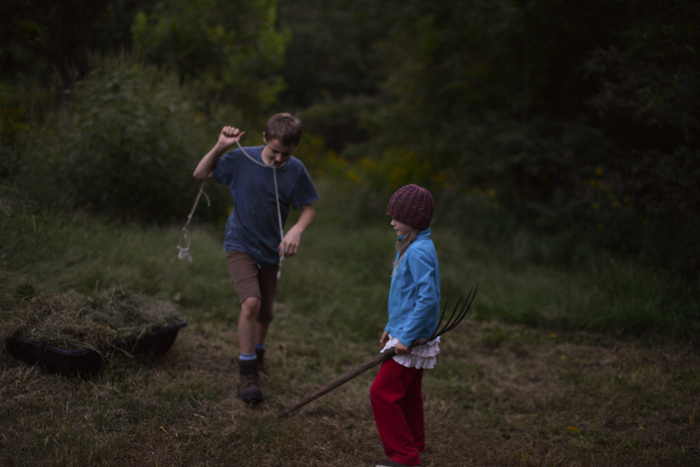 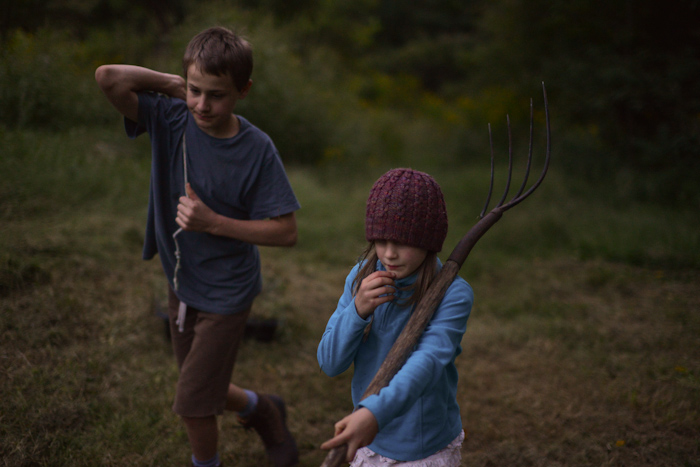 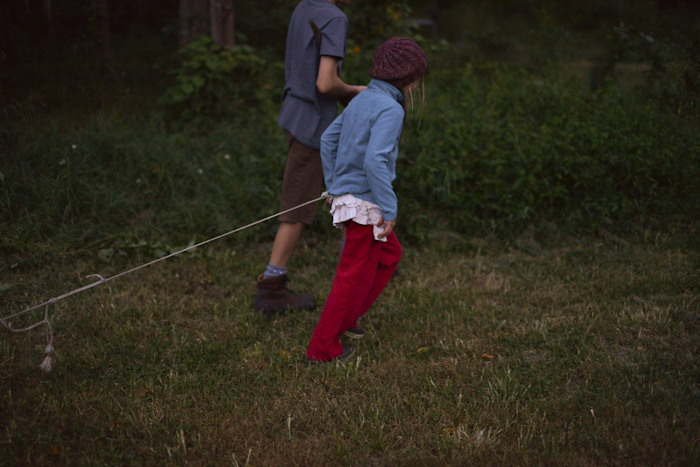 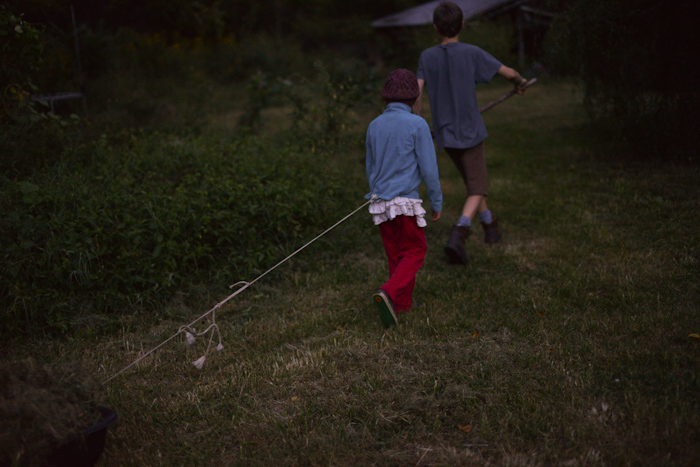 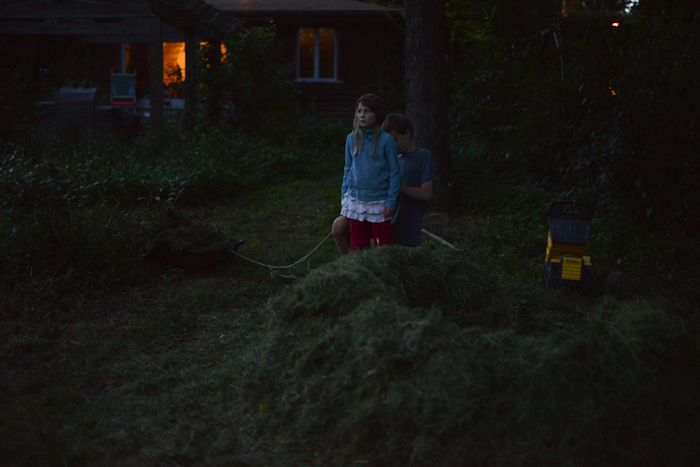 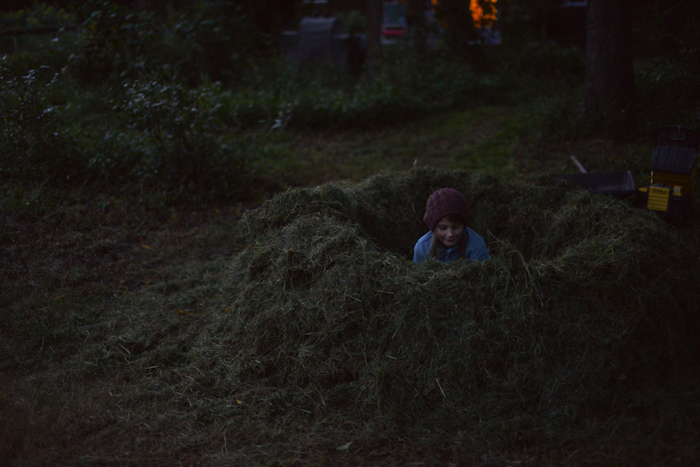 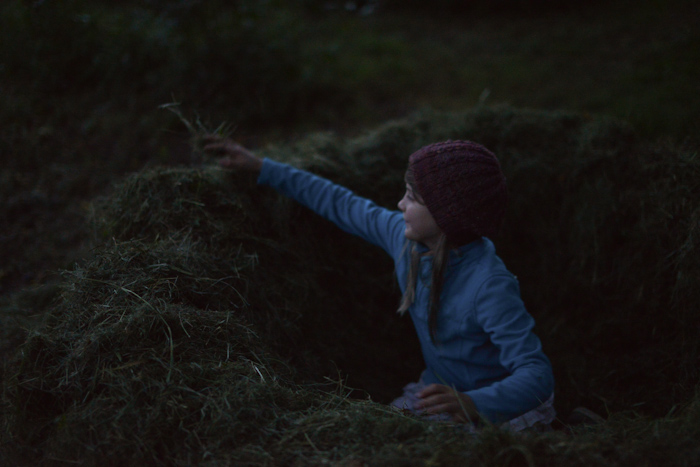 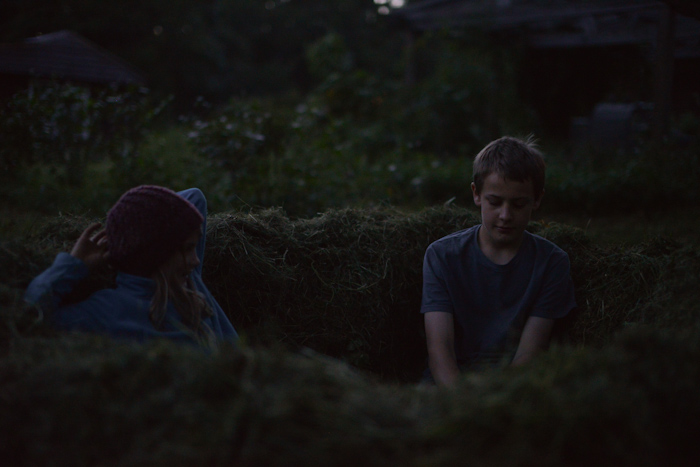 Keats and Gabe have baseball practice two nights each week.  For the first couple of weeks, Jonny took all six kids to the practices because everyone wanted to go and it gave me some quiet evenings.  A couple of weeks in, Seth decided it was boring and decided to stay home with me.  Larkspur soon followed suit as she realized that staying home meant special time with me.  However, I noticed on one recent evening that it might not just be me she was hoping for some time alone with.  Seth doesn’t appreciate the fact nearly enough, if he even realizes it, that he is adored by most of his younger siblings.  On this particular evening I heard her ask him if he wanted to go outside and play only to be rejected by his words, “No, I’m reading.”  She lingered near me until Seth changed his mind, remembering a grass fort that had been started earlier in the day.  They headed outdoors into the twilight to work on it.  Eventually I shuffled myself out to watch them.  I overheard Larkspur saying to Seth, “What if you had a fourteen year old sister and you wanted her to play with you and she said she wouldn’t until she finished reading her page.  Wouldn’t that be boring?”  I am not sure if she was referring to Seth’s bookworm habits or if she was trying to make her 7 year old self seem more fun than an older sister would be.  Seth replied, “Or even worse would be a fourteen year old sister who wouldn’t come and play until she was finished putting on her make-up.”  They both laughed and I saw the sparkle in Larkspur’s eyes, so grateful for this bit of attention and camaraderie with her older brother.  It may have been a brief half hour or so that they spent working together, but it will be an evening that she remembers.