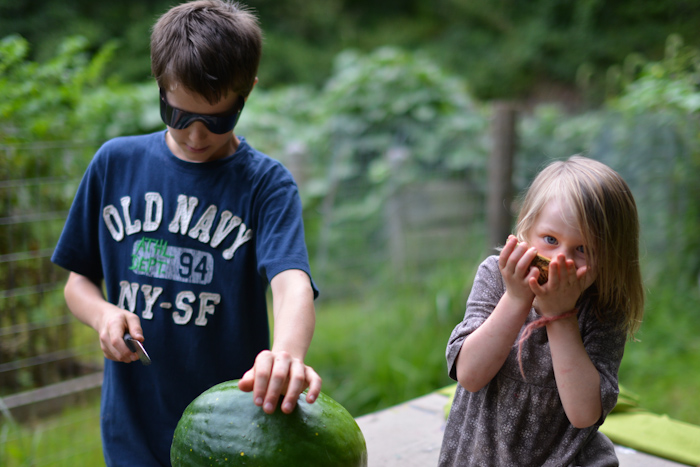 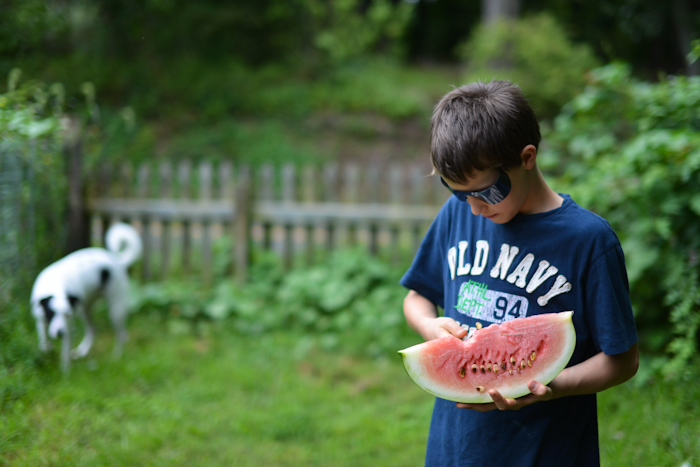 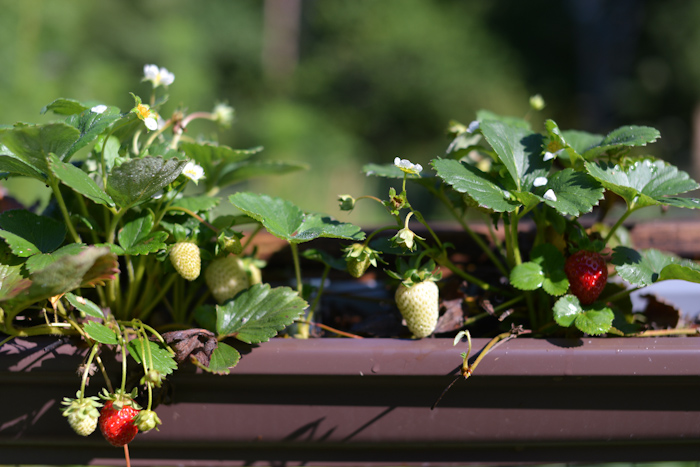 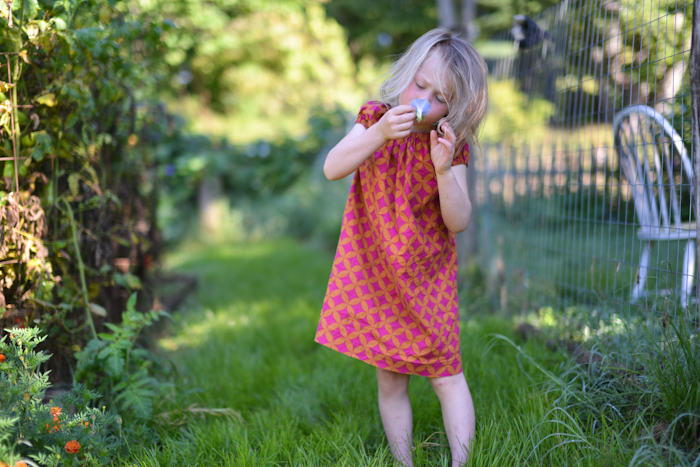 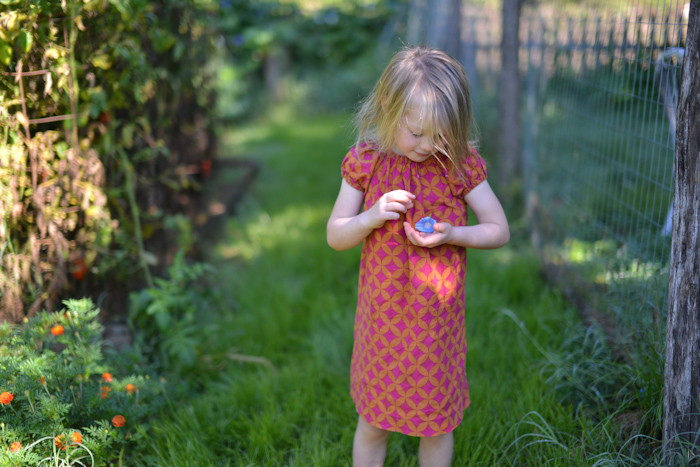 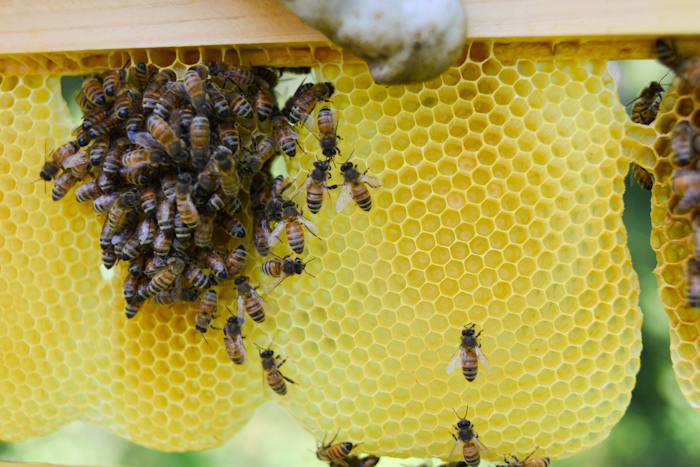 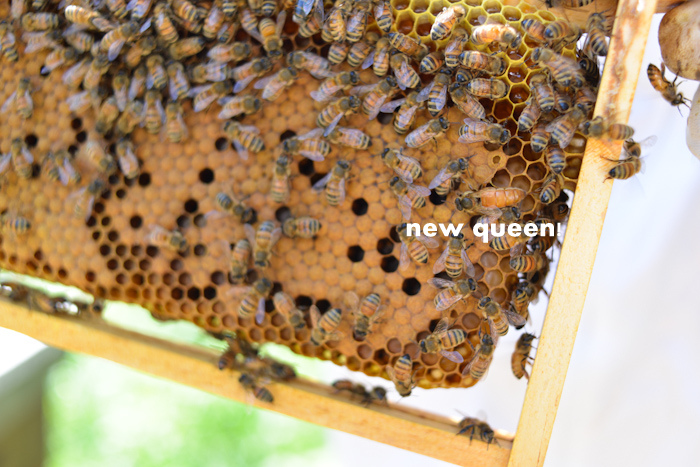 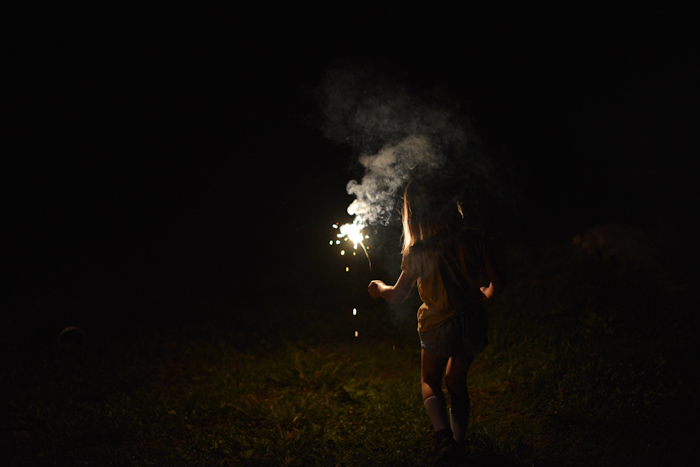 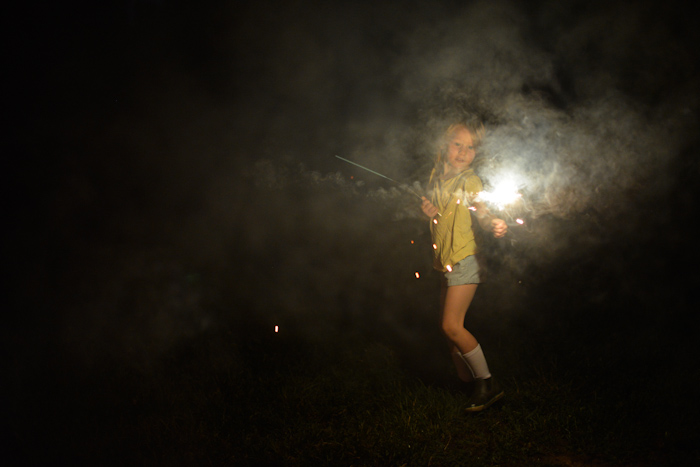 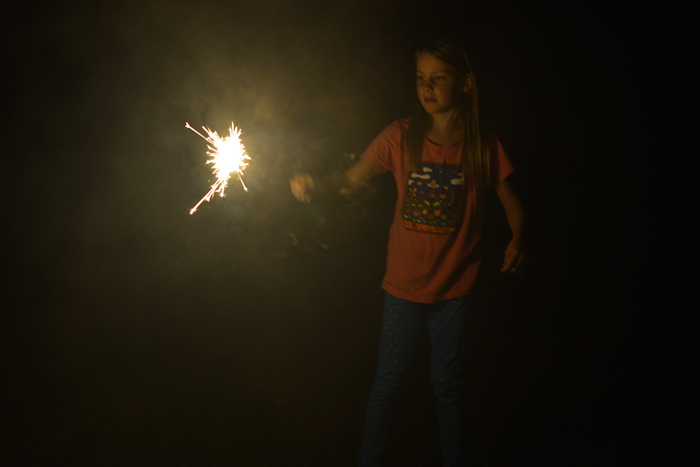 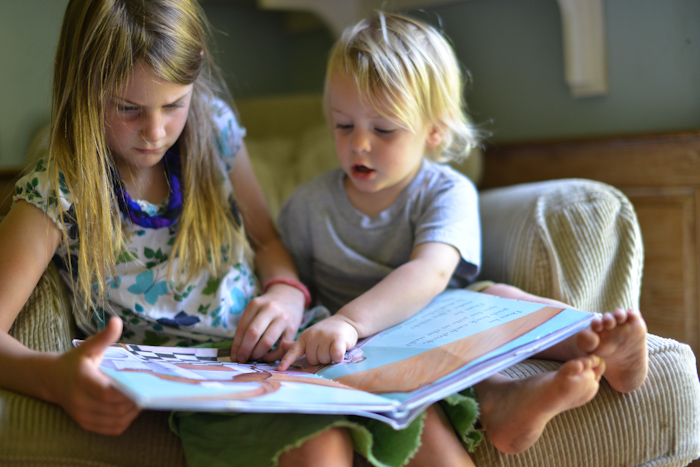 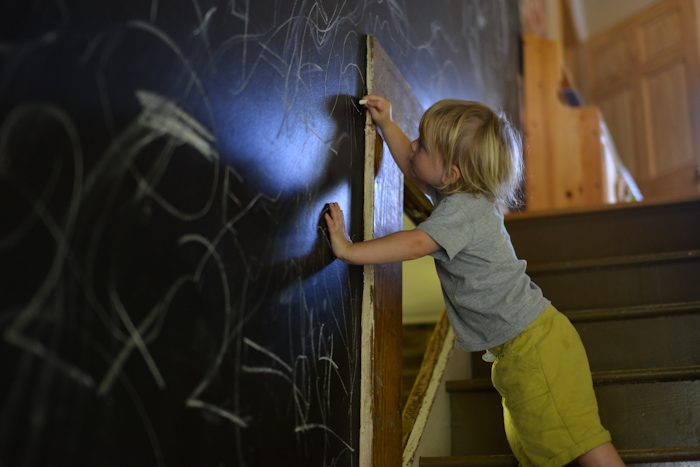 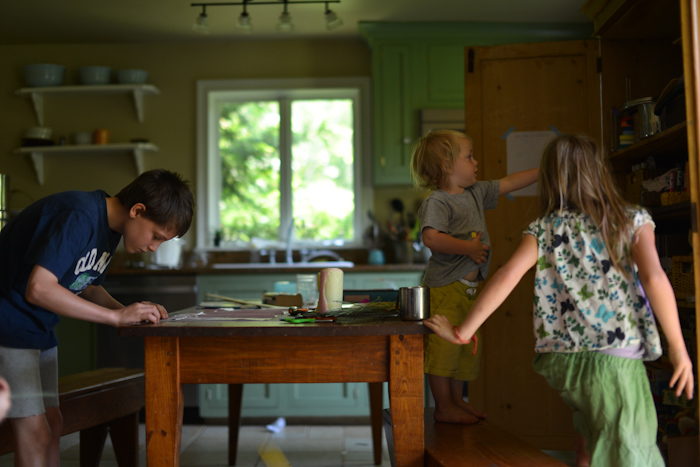 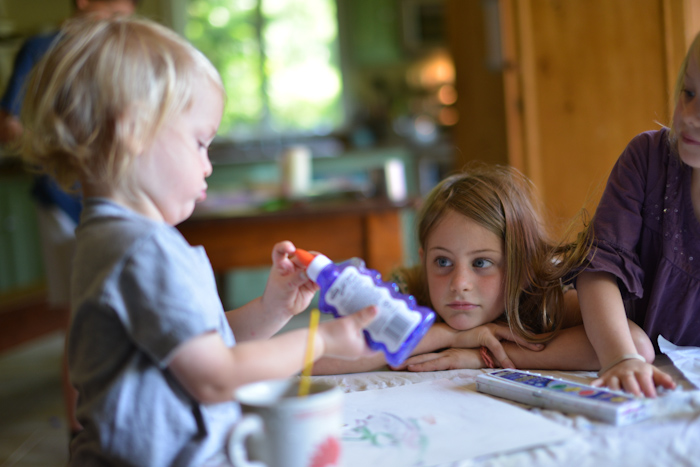 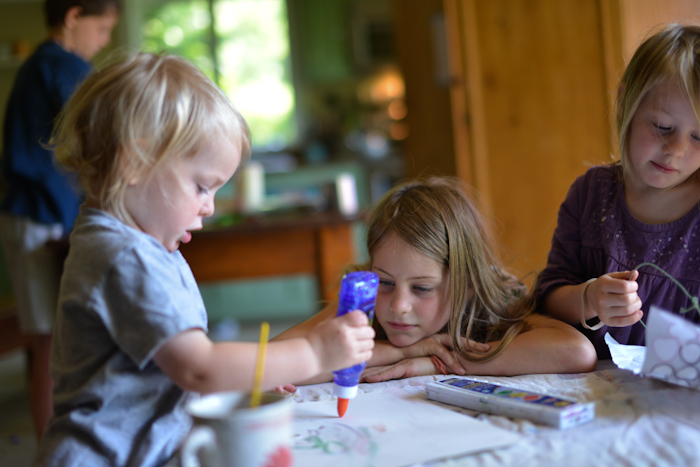 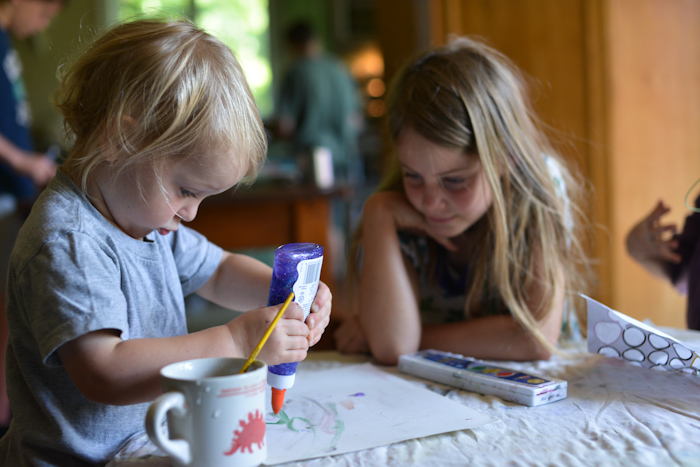 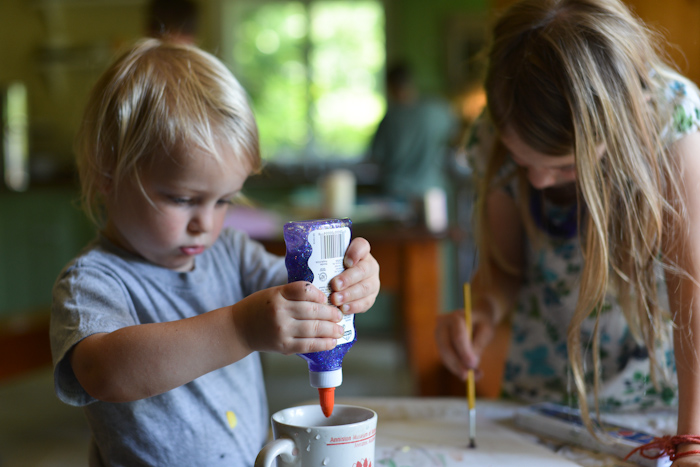 The most awful thing happened last week, actually the day before we left for the beach.  Keats got a tiny piece of metal embedded in his eye (we don’t know how it happened.)  He saw a regular doctor at a weekend walk in clinic, but ended up needing more specialized help.  Jonny and I spent an hour or so the morning before we left town, calling ophthalmologists, trying to find someone to see him last minute.  I finally found one and Keats and I headed over for an appointment that took a couple of hours.  His eyes were dilated and eventually we saw the doctor, who was very nice, but what he had to do to remove the tiny shard was terrible.  I won’t go into details, but it was one of the hardest five (or was it ten?) minutes for me as a mom ever.  Keats was incredibly brave.  Were it me, I would have had to keep the metal in my eye, and wait for my body to push it out on it’s own.  Anyway, that’s why he’s wearing the funny glasses.  They gave them to him after the appointment because we didn’t have sunglasses and you need eye protection after having your eyes dilated.

We arrived home from our trip to discover lots of strawberries!  I can’t remember the name of the variety, but some of the strawberries that we planted in the gutters in the spring are producing a fall crop.  It’s pretty exciting for me.  The other exciting news is that we do have a new queen in one of the two small colonies that we made when we split the hive that swarmed.  It doesn’t look like the other hive ended up with one, so we will now recombine the two.  The new queen appears to be doing a really great job laying so far, so we are pleased.

Silas is growing up so much all of a sudden it seems, just in time to become a big brother.  He’s talking so much and it seems like everything he says is extra cute.  He also insists on being part of every activity, and isn’t typically satisfied with me providing him with a “toddler version” of most things.  He wants to do exactly what the other kids are doing.  Yesterday, I spent a lot of time on the couch in our kitchen with terrible low back pain.  From that spot I give lessons and direct the kids and it works pretty well.  At one point there were a lot of crafts going on, and of course Silas wanted to join everyone.  I looked up in mild distress to see Silas replacing his watercolors with purple glitter glue:

“It’s his art, Mommy!” Larkspur replied very seriously, and maybe a bit offended that I would even think to interfere with his art.

And in that moment I was thinking, “Oh dear.  But I don’t want my two year old creating “his art” with purple glitter glue.  I really don’t.”  But he did, and it didn’t end up everywhere, and then we put it away and all was well.  Relax, Ginny.

Generally speaking, that needs to be my motto for the next couple of months.  Relax, Ginny.