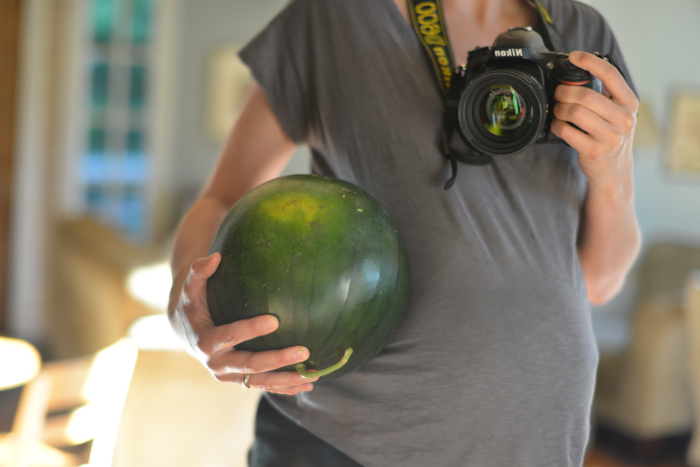 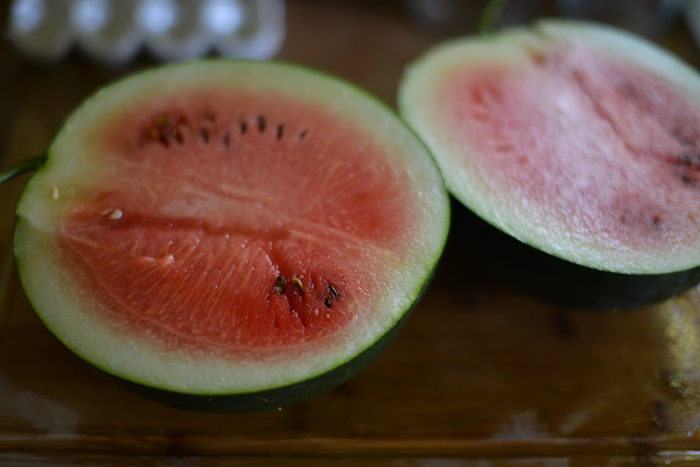 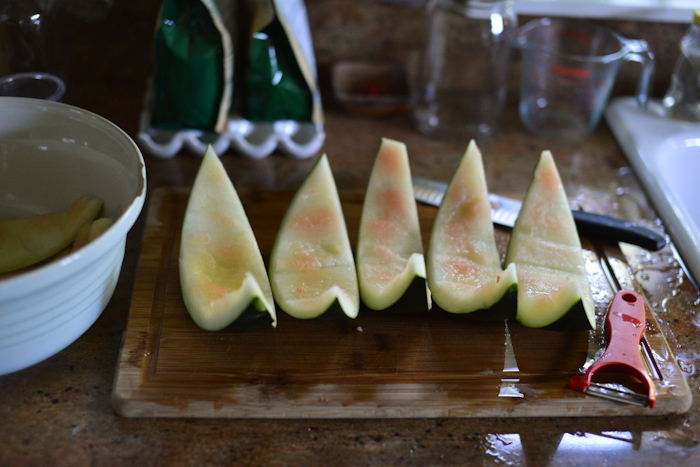 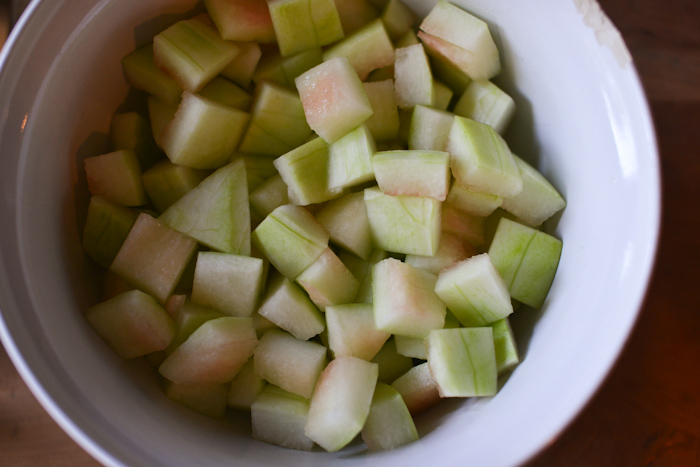 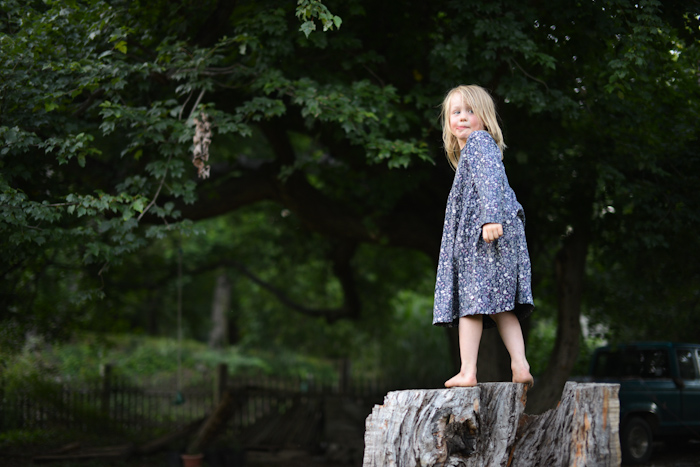 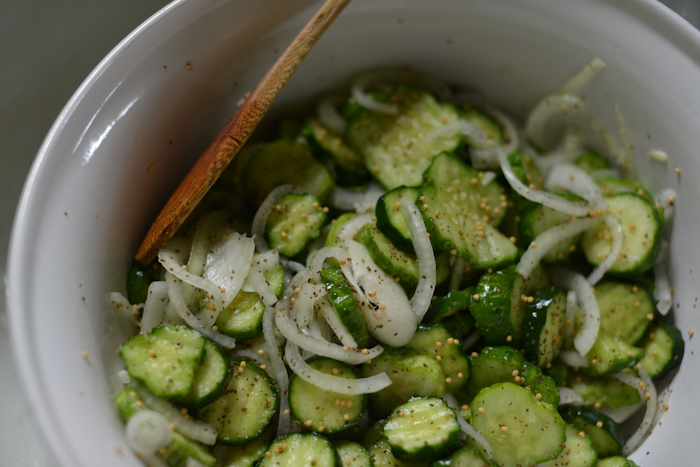 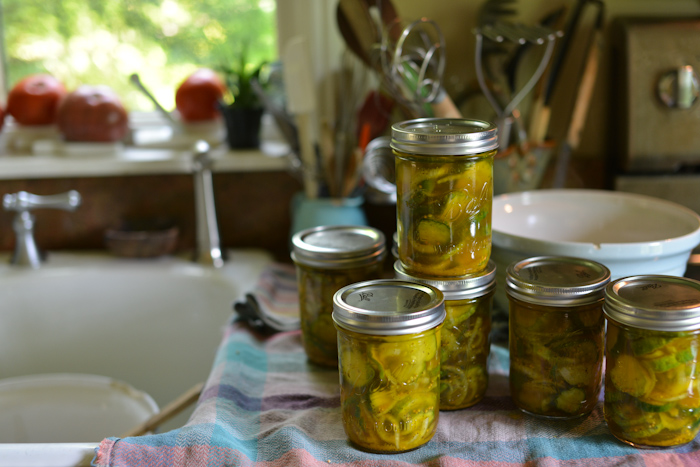 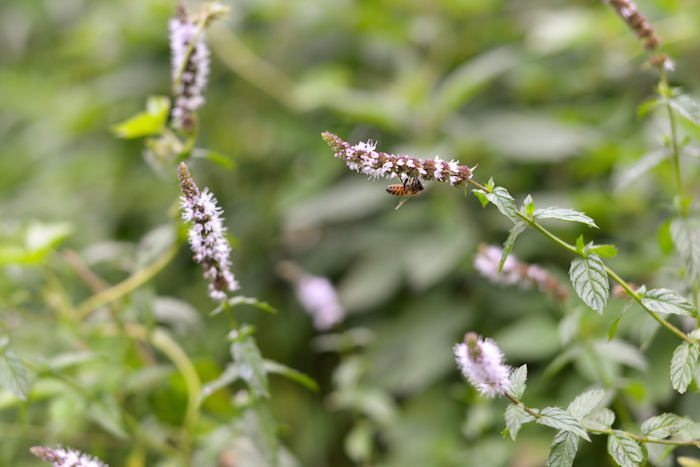 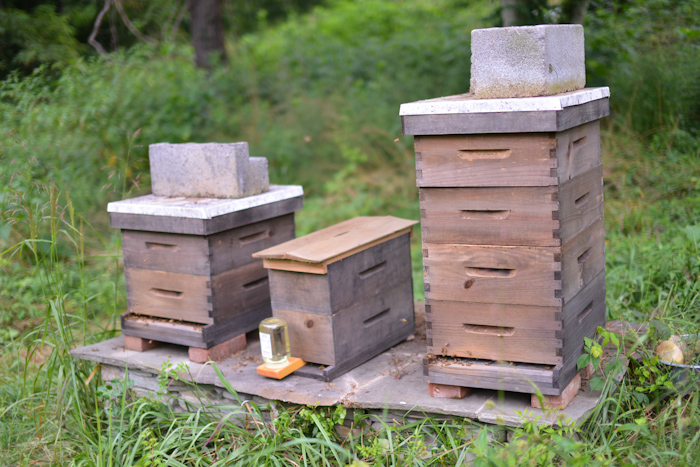 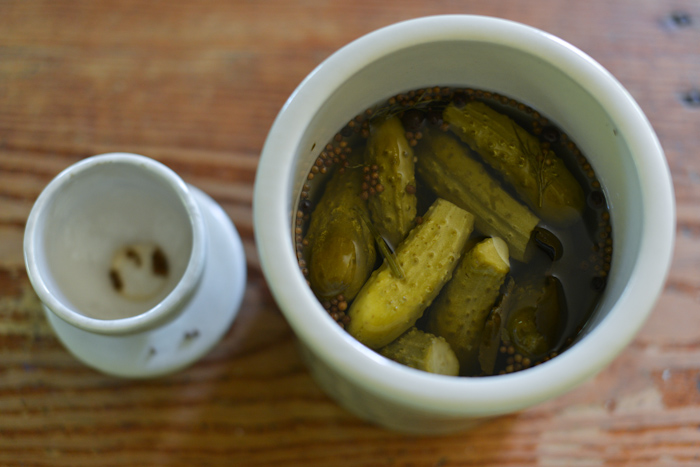 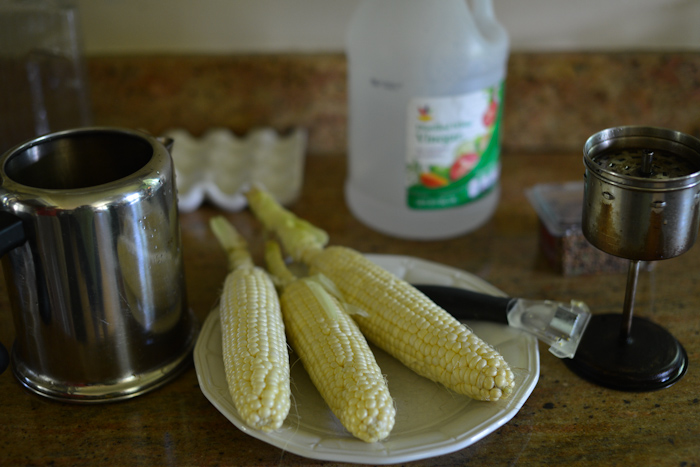 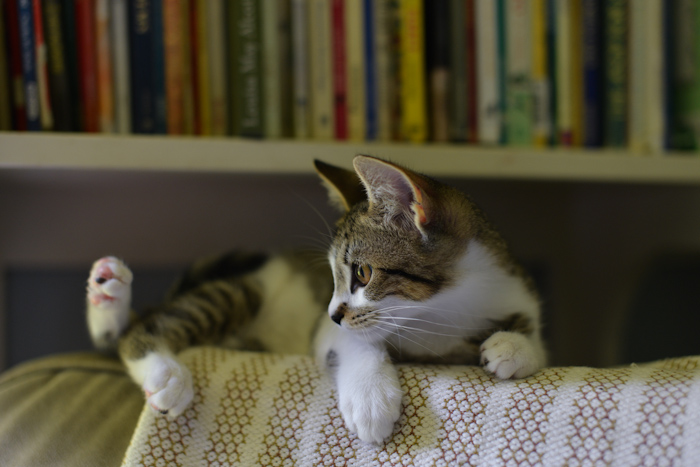 The first cantaloupes from the garden have been picked.  The kids bugged and bugged me some more to pick the first watermelon.  I told them it wouldn’t be ready despite that dry tendril.  It wasn’t, so we made pickles out of the rind!  About half the family loves them, me not included.  I’ve been making all sorts of pickles.  I guess that’s going to be my thing this year.  Following recipes from Canning for a New Generation I’ve made the watermelon rind pickles, honeyed bread and butter pickles, and I even have a small little crock full of pickles that I am lacto-fermenting or brining (not sure the difference-or if I am doing both–just know there is salt water and they have to sit for weeks.)  I feel like I’ve been totally living in the kitchen for the past week.  There’s just so much to do!

The checklist of what needs to happen before the baby arrives keeps changing, or more accurately, being added to.  Accepting that Silas won’t be potty trained before then, I ordered him a needed new set of diapers.  Silas was my first baby to be diapered in these workhorse diapers, and they are definitely my favorite for an all cotton fitted diaper.    While I am worrying about things like diapers and clothing and homeschooling plans, Jonny is still building things.  This week he started working on a headboard for our bed.  He bought a used door on Craig’slist and has been working to transform it.  It’s going to be so pretty!!!

We never found our swarm.  Jonny declared that we need to move somewhere without tall trees.  In all honesty I know he’s joking, because that would be awful for this tree lover.  But it is true that catching swarms on our property will probably never be all that possible if they always choose to land high in a tree.  We are having fun with the bees that remained after the swarm left, having divided them and the queen cells between the original hive and a smaller one.  It’s so late in the season, that we don’t know how much hope there is for this colony in general, but we are trying to increase our chances of ending up with at least one good queen, and decrease our chances of having the hive swarm again (because they do!  a hive that has swarmed will often send out more swarms!)  Keeping bees is our favorite thing.  Okay, one of our favorite things.

And that kitten!  She’s so weird!  She’s not allowed on the kitchen table at all of course and we are working to teach her that.  However, when I walked into the room to discover her up there eating raw corn on the cob, I had to take a picture.  Em eats anything and everything–but raw corn?   That seems especially odd!

I hope you all had a nice weekend!