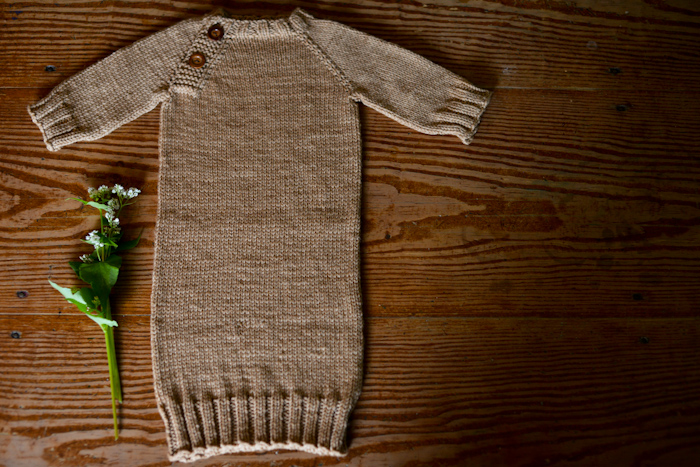 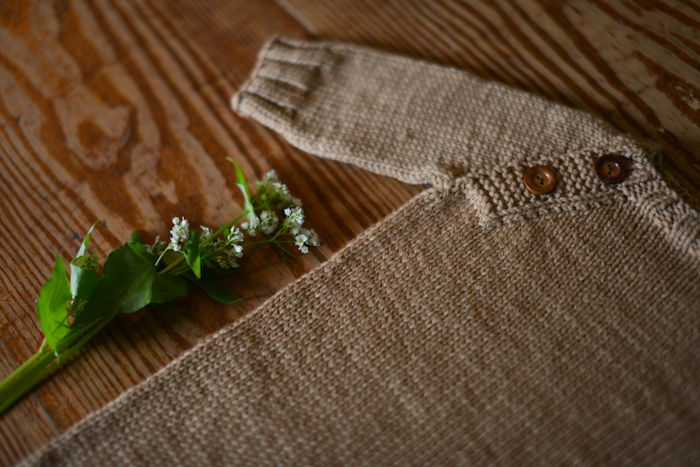 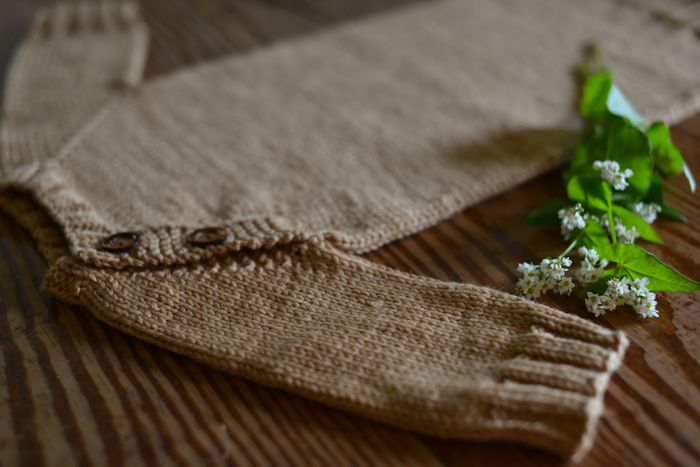 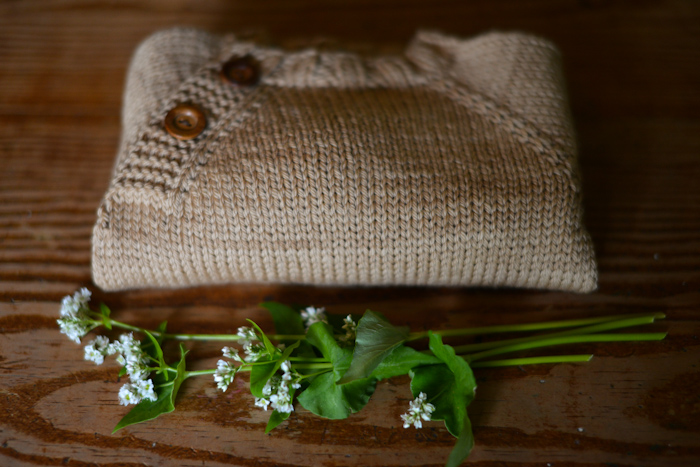 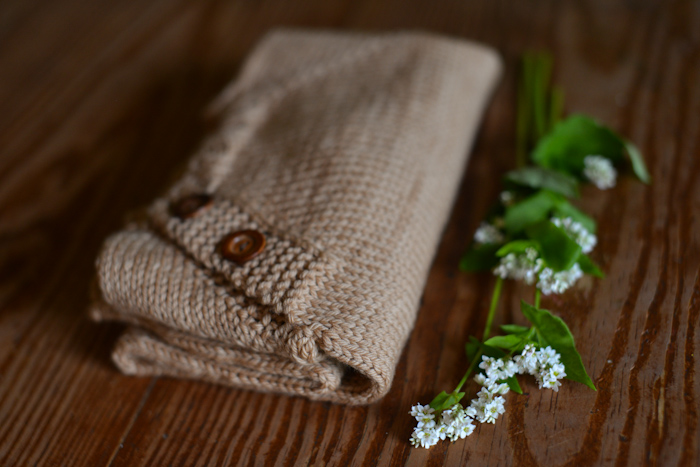 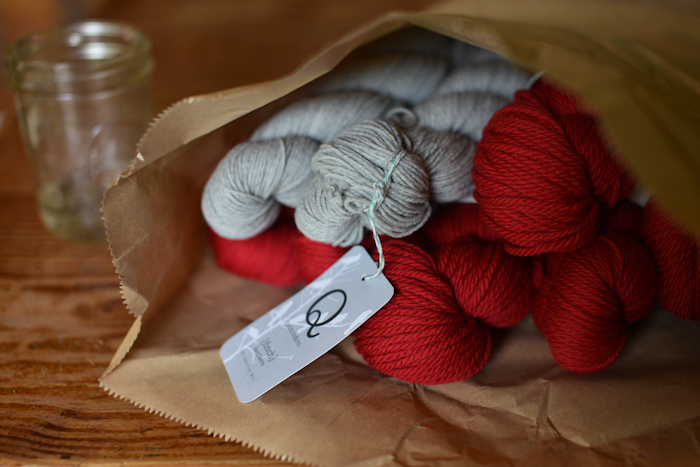 On the way to Myrtle Beach I started knitting a little newborn gown.  Well, actually I ripped out a little newborn gown that I had started the week before but wasn’t happy with, and began again.  By the time we were driving home, I was on the body of the gown, round after round of simple knit stitches.  It was the perfect distraction during that drive that ended up being far longer than we had expected, between all the bathroom breaks (many of them because of me!) and some really nasty traffic.  I added sleeves this week, and now this gown is finished.  I knit it using yarn whose color that I didn’t originally love; yarn that I dyed about a year ago using yellow dock seed.  But a funny thing happened as the gown came together, the color grew on me and now I do love it.  This little gown is really sweet.  (And those are buckwheat flowers.  All the buckwheat I planted for our bees is blooming profusely right now.)

Yesterday was a good mail day:  yarn arrived from Quince & Co.  Inside my package there were two little gray skeins of finch that will become baby pants, and a whole lot of Osprey yarn in Winesap, chosen by Larkspur, for her new Phoebe’s Sweater.  I tried to convince her to go for a neutral color this time, but she wouldn’t have it.  She chose exactly which red she wanted from the swatch card, and as soon as I saw it yesterday, I knew she was absolutely right.  Lark has very good taste.

Based on the state of my pelvis this week, it appears that I will be spending the next two months resting.  Walking is sort of out.  I’m trying not to think ahead too much (or about the state of my house,) focusing on one day at a time and the gift that we will receive at the end of these weeks.  And in the meantime, I’m going to be knitting.  There’s going to be a lot of knitting, which is certainly something to be glad about (thank you, Pollyanna.)