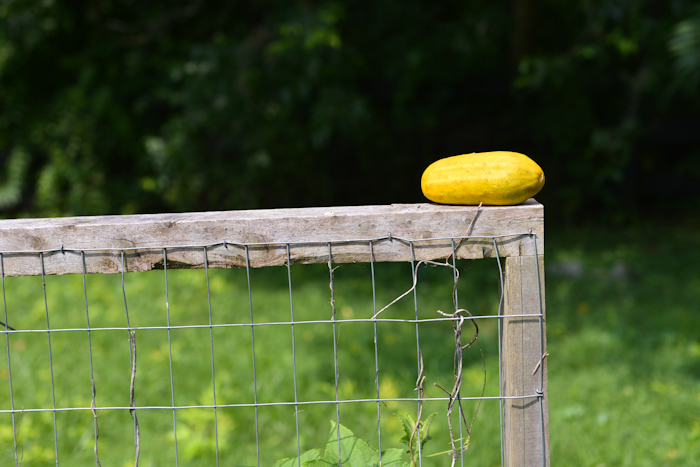 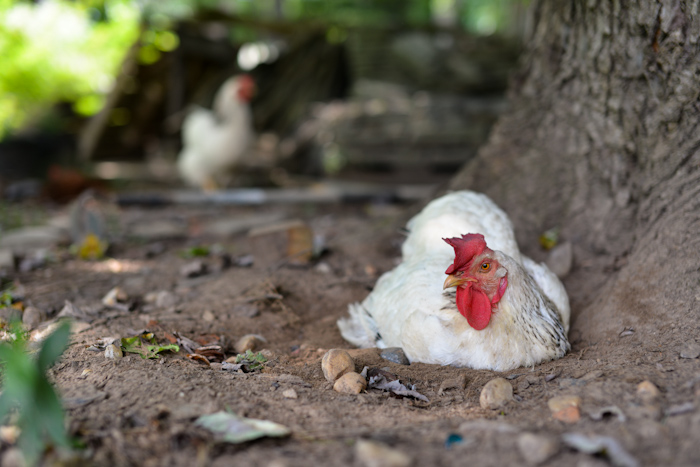 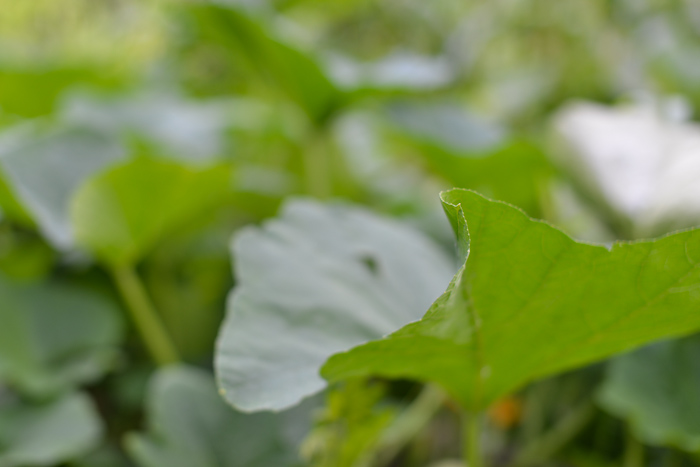 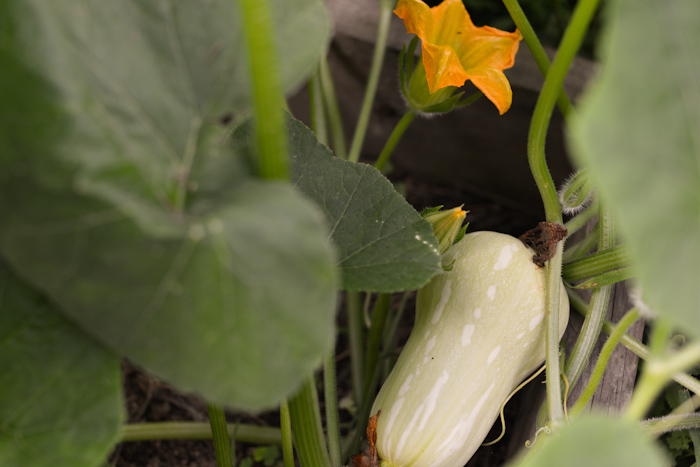 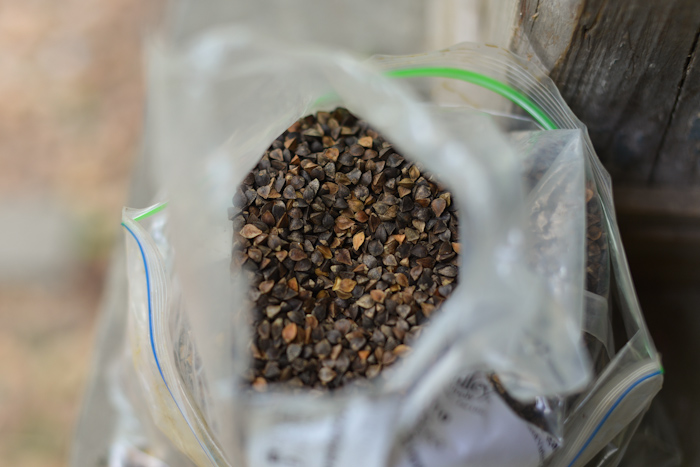 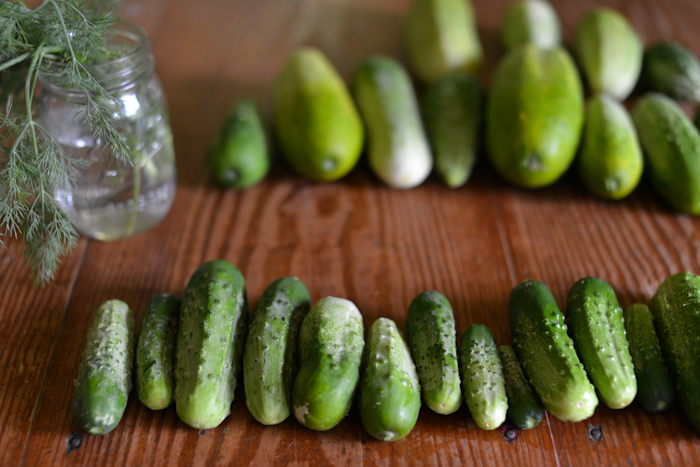 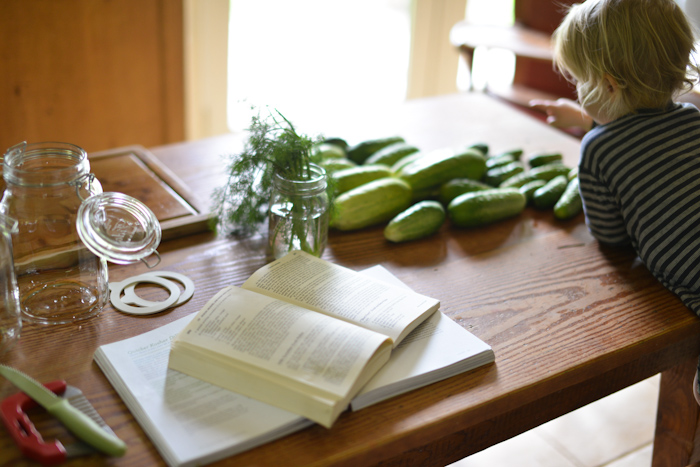 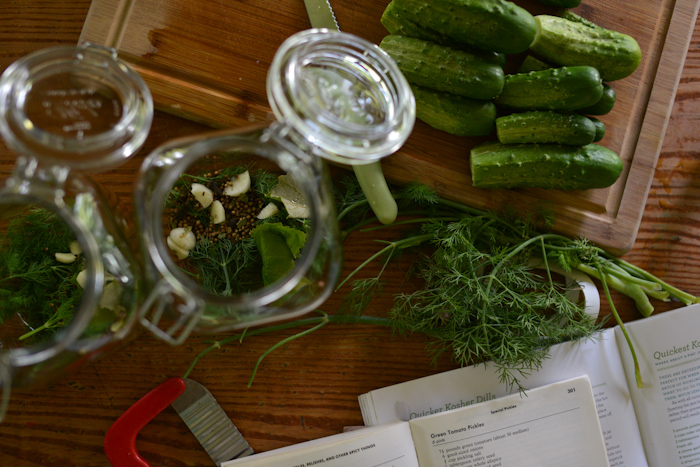 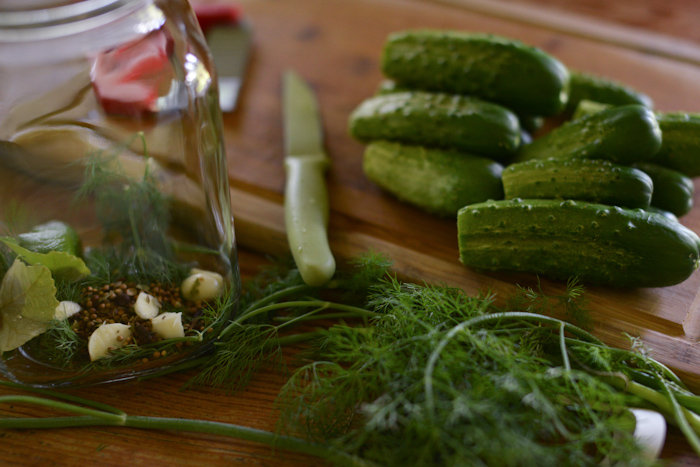 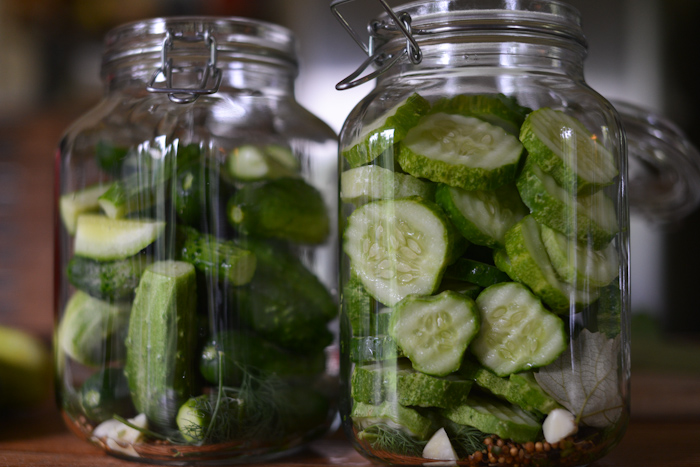 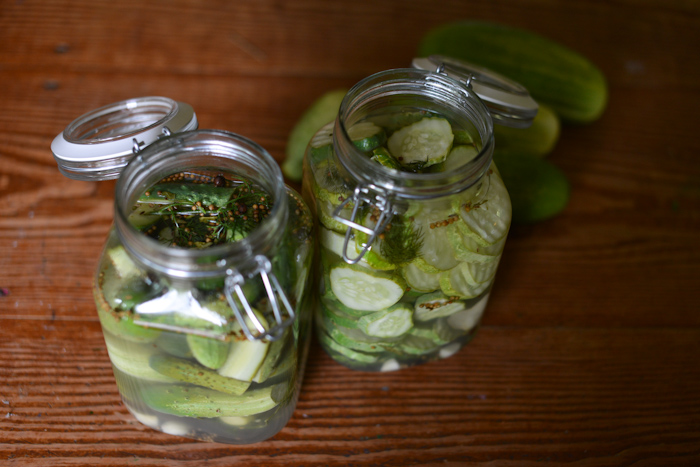 This year’s garden is mostly being worked by Jonny and the boys, while I am acting as a sort of overseer.  But yesterday we woke to a really beautiful day, and I realized that I really wanted to work in our garden too, to try to do just a little myself.  Our heat wave has finally past, and it wasn’t quite seventy degrees out when I called the kids and asked them to come help me.  We did some clearing of beds, planted some buckwheat for the bees, and picked cucumbers.  I don’t typically have much success growing pickling cucumbers for some reason, but this year the little pickle bed is doing okay.  We picked all that were ready, and quite a few that were past ready, and I declared that it was also going to be a pickle making day.  I don’t know much about making pickles.  I wasn’t sure if I wanted to try starting a batch of lacto-fermented pickles, regular old dill pickles, or maybe some refrigerator pickles.  I spent a good hour studying my canning books:  Putting Food By

and my newer favorite, Canning for a New Generation

.  I Googled for recipes online as well.  It got a little overwhelming.  I realized that things were starting to get silly and I best just make some pickles.  I ended up combining this recipe I found online, with one from Canning for a New Generation.  I didn’t process them, just put them in the fridge, because I didn’t have that many.  I think they are going to be really good.  I do think I want to try brining in a big crock or jar next.  That way I could just add the cucumbers as they are ready, since it is hard to have enough evenly sized cucumbers to make a big batch of pickles on one day.  Have any of you had success doing that?  Ooh, here’s a good NPR story and article I just came across.  Maybe I’ll try Grandma Minnie’s recipe next.

p.s.  Look at the “pool” my kids made.  All you need is an old pick up truck, a couple of tarps, and some duck tape.  You know you want one of these in your front yard…. 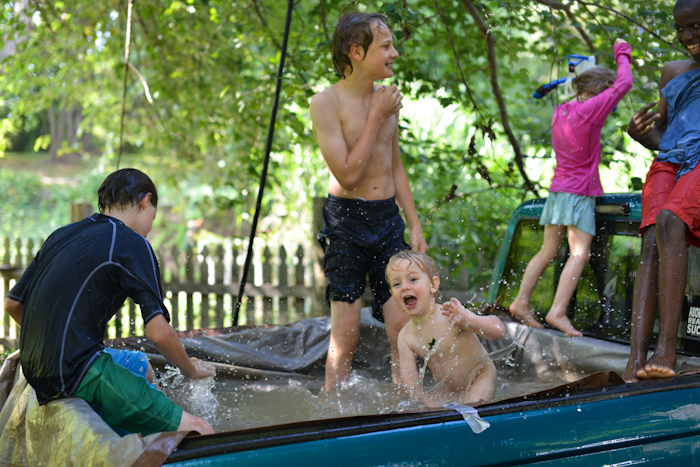