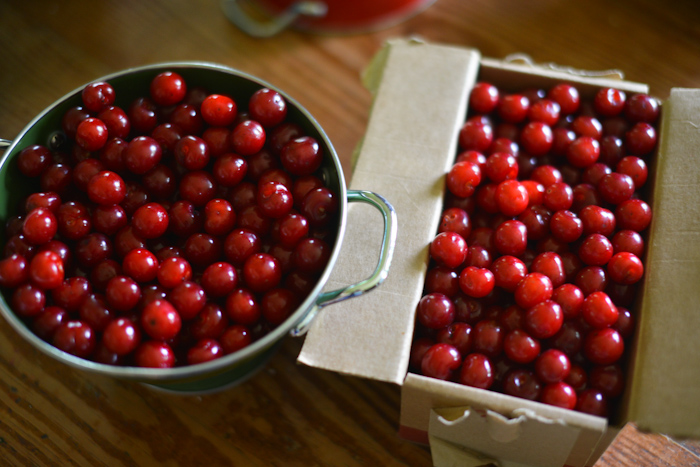 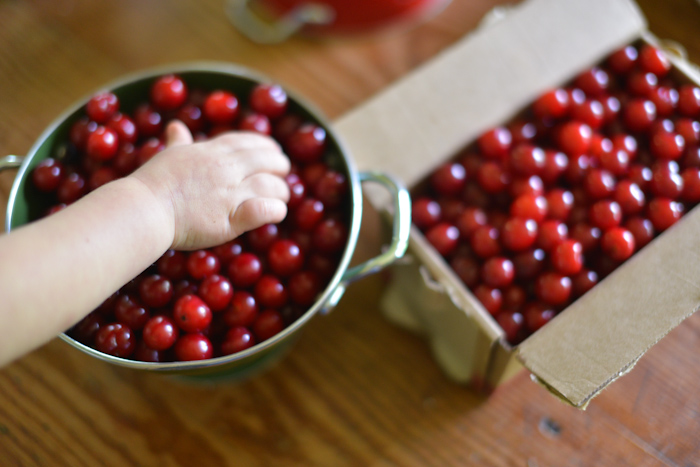 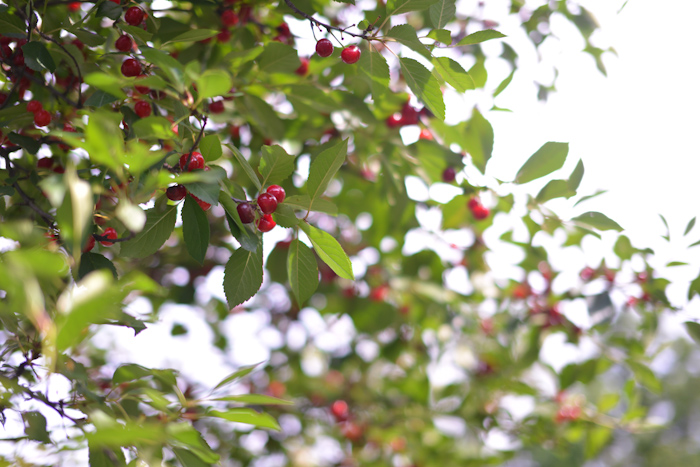 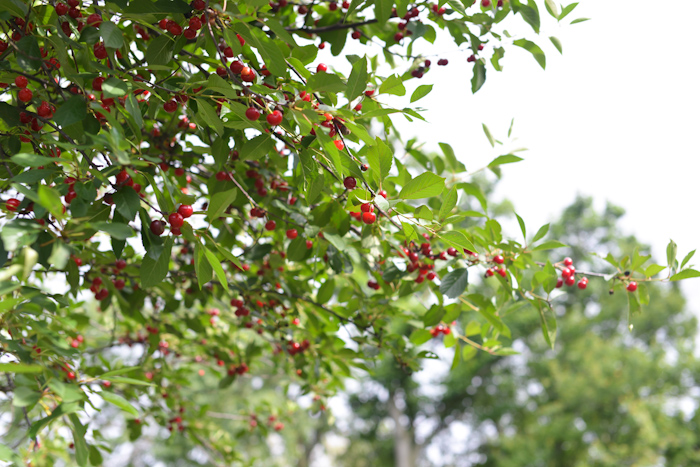 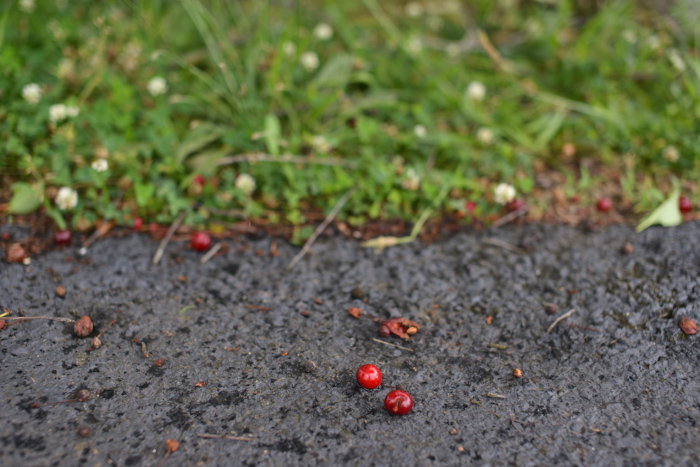 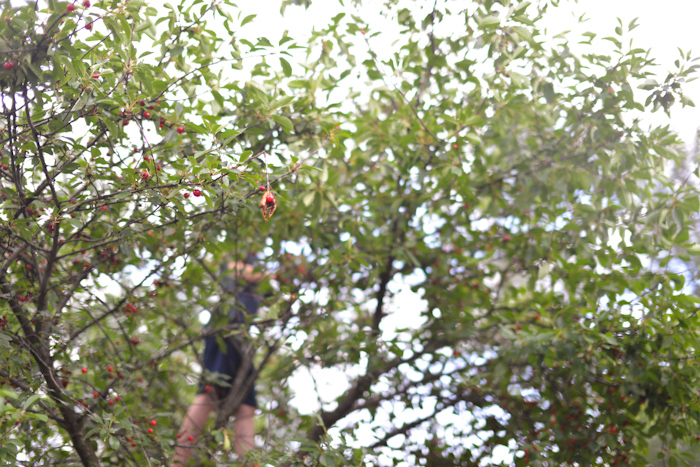 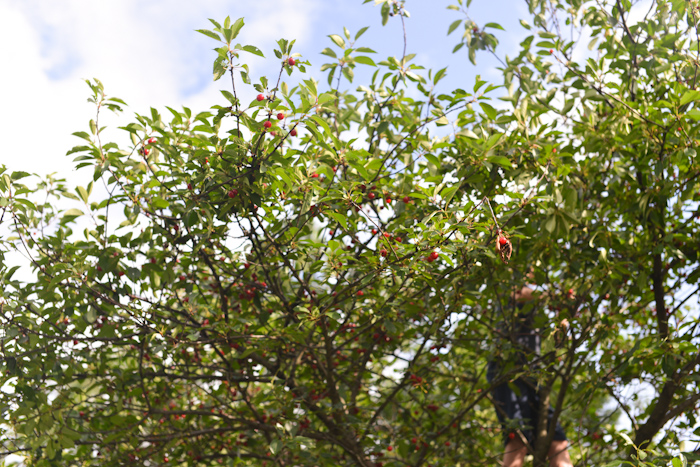 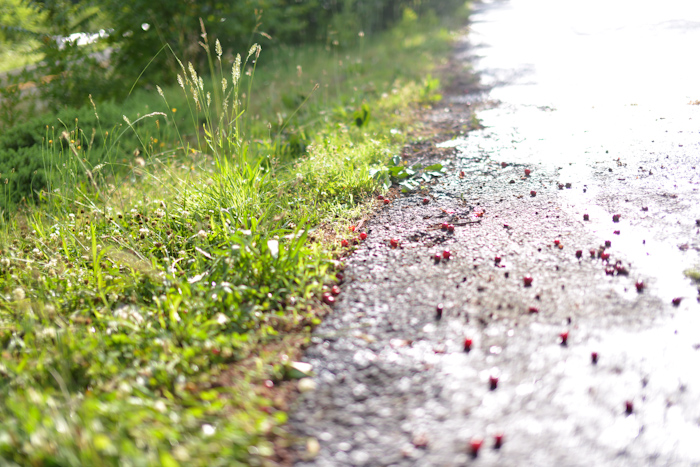 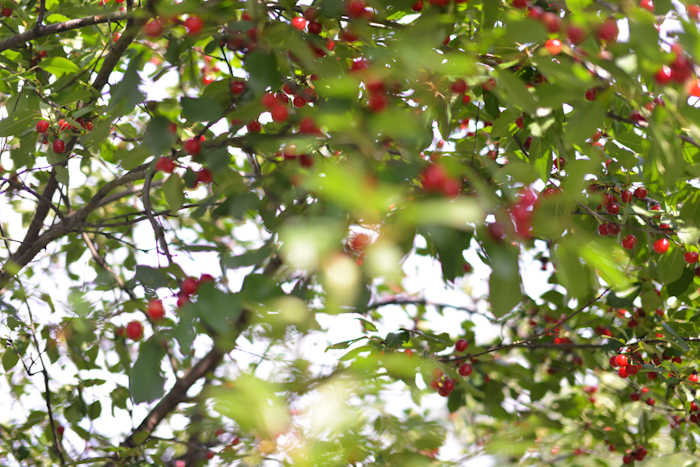 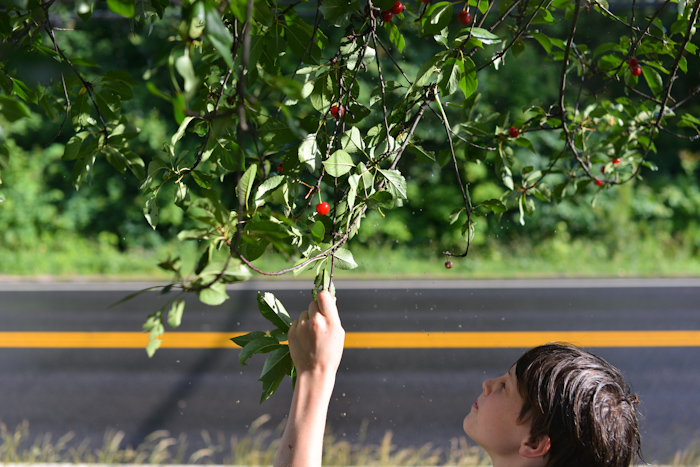 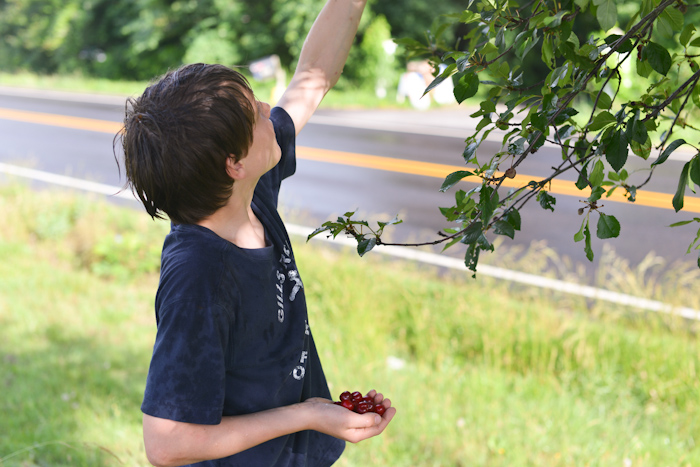 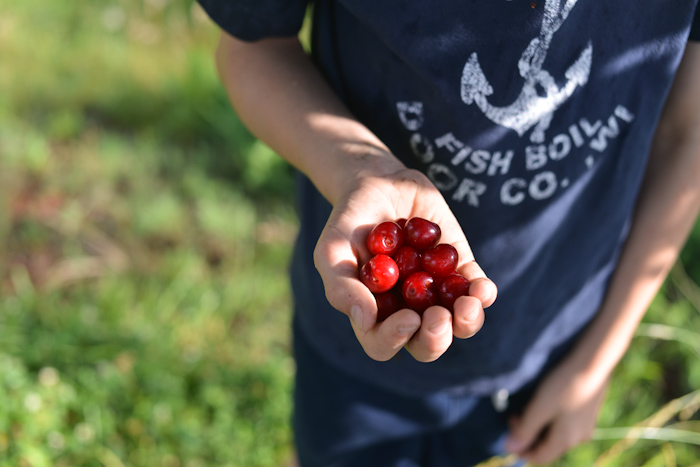 Many years ago, we noticed a couple of cherry trees along the side of a road that we often travel.  One year, it must have been about four years ago or so, we decided to stop and pick some because it appeared that the cherries were largely ignored by all but the birds each year.  We made cherry jam with our foraged harvest.  And then, we never went back.  Year after year as he watches the cherries ripen as we pass, Keats begs, “Can we stop and pick cherries?”  And I always have an excuse to say “No, we can’t stop.”  In all these years, I’ve never once had time to stop and pick cherries again?  Maybe the truth is that when I am in route from A to B, I don’t want to stop.  I don’t want to change my plans.  This holds true if I am working on something at home, and a child asks me to stop and read a book.  I don’t want to stop.  I hate interruption when I am on task.  But I’ve learned to stop what I am doing and read when I am asked to.

Yesterday, as we drove by the cherries on our way to his violin lesson, just Keats and I, he noted, “The cherries are ripe.”  I don’t even think he bothered to ask if we could stop.  After all, I’ve been finding a reason not to for years.  I silently vowed to myself that we would stop on our way home.  I’d surprise him.  And I did.  He filled a penny box and a few cups found in the back of the car full, and we drove home with our loot talking about cherry cobbler.  When we got home I pulled out my favorite dessert cookbook, and we realized we would need to go to the store for ingredients if we were to make the cobbler.  Keats looked at me, full of excitement, and said “Let’s go back for more cherries too!”

So we did, the two of us.  And it poured rain as Keats picked cherries from his perch from the branches.  “Keats, there’s your rainbow!”  I shouted as I noticed the colors arching through the sky.  Keats filled two big cups with cherries before we loaded up and drove to the grocery store for buttermilk and gluten free flour mix.  Once we arrived home there was talk of a big storm looming and we all worried we would lose power.  Everyone teamed up to pit those cherries by hand so we could get the cobbler in the oven quickly.  The storm came with it’s thunder and lightening, but we never lost power.  We had our cherry cobbler for dessert just as we hoped.  I’m so glad that I stopped for cherries, but more importantly, that I stopped for Keats.