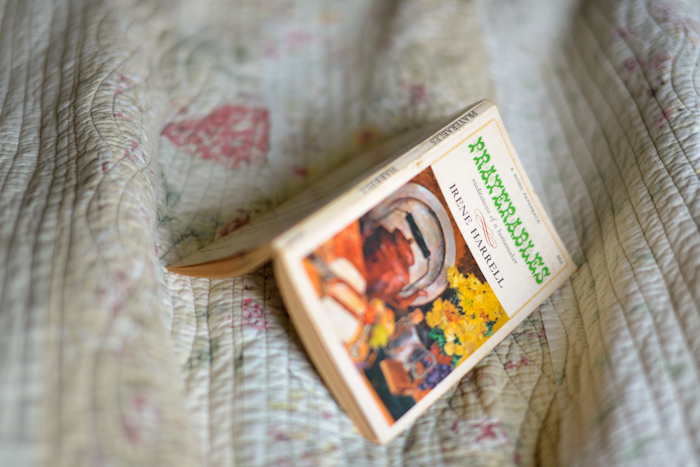 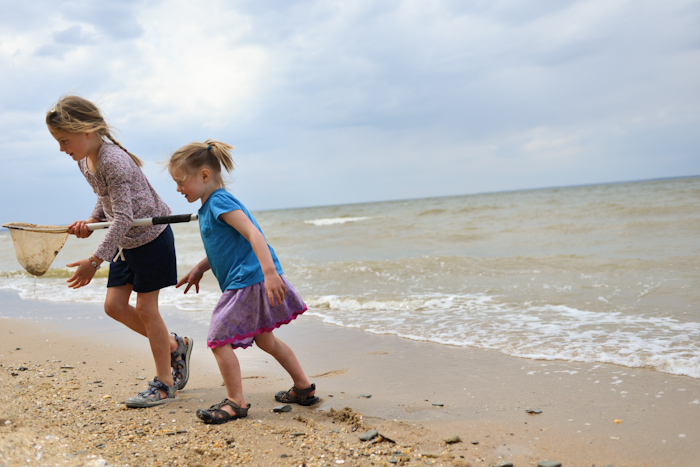 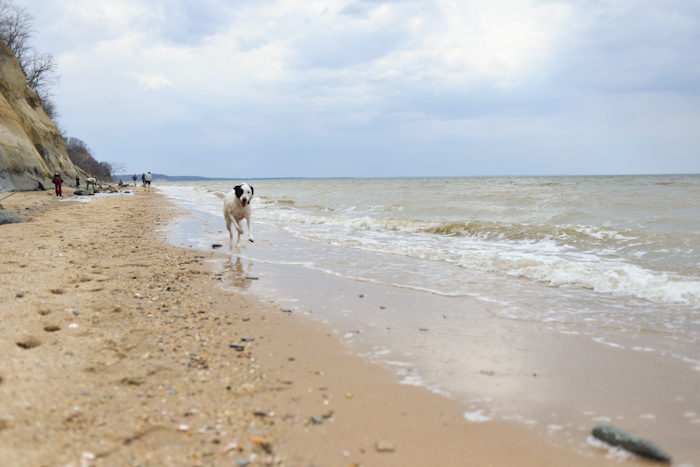 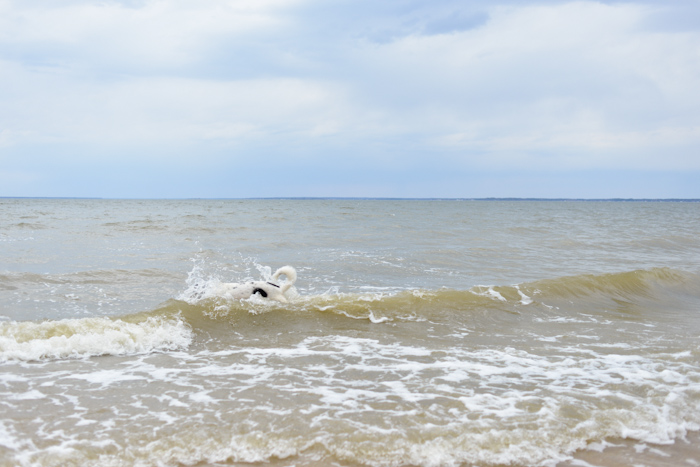 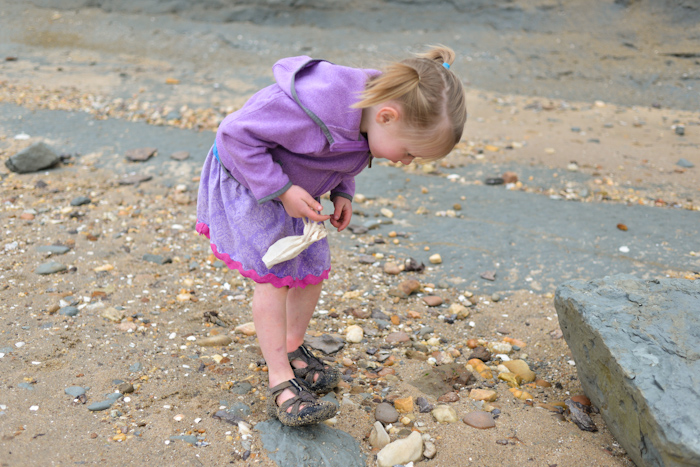 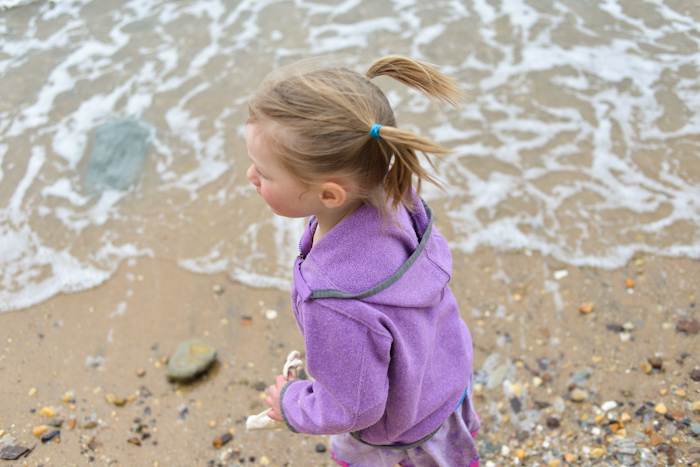 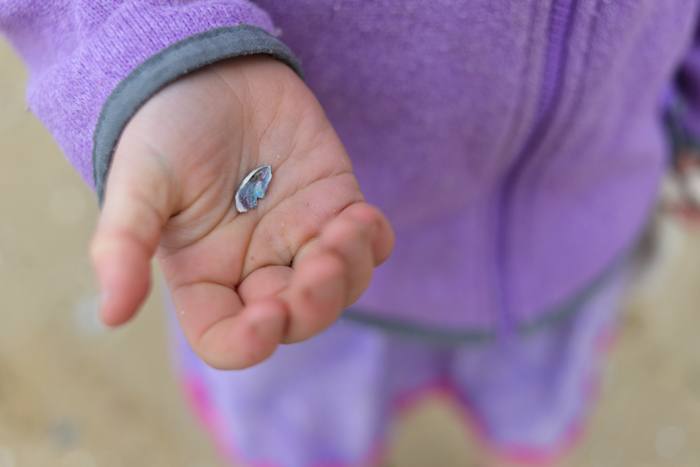 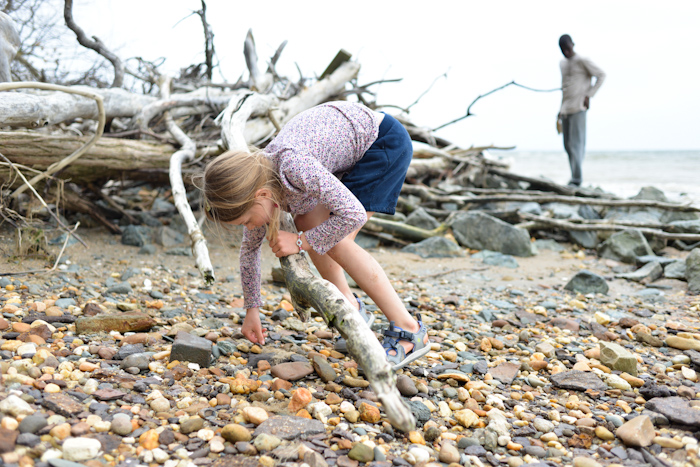 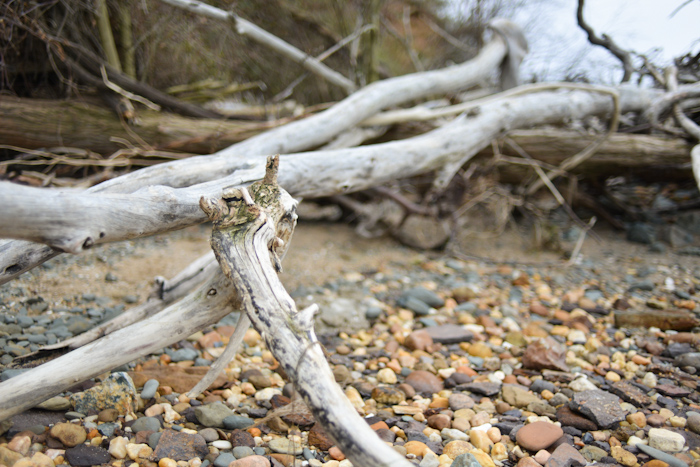 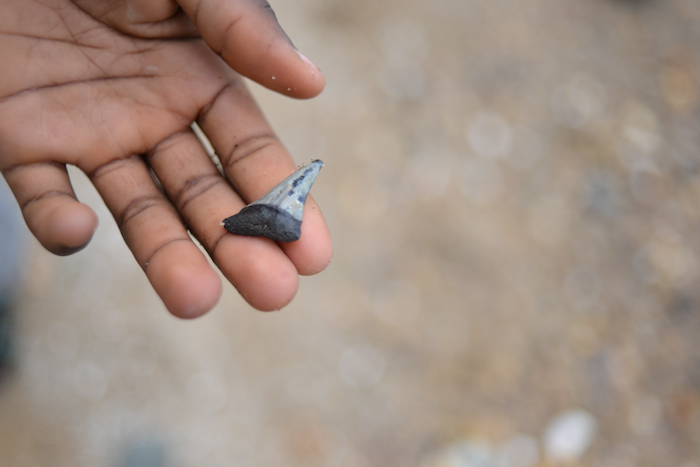 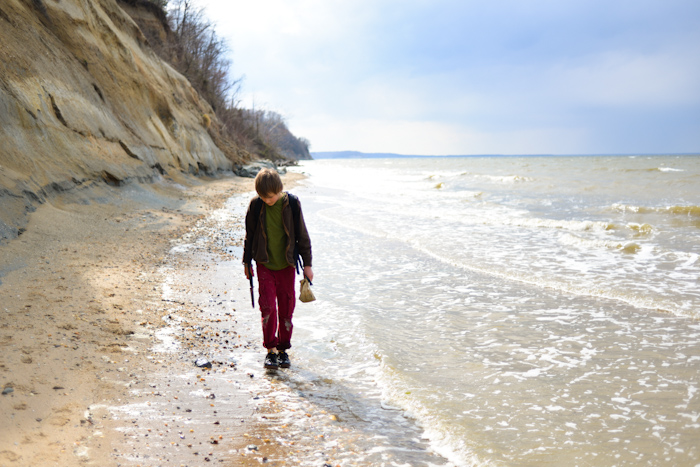 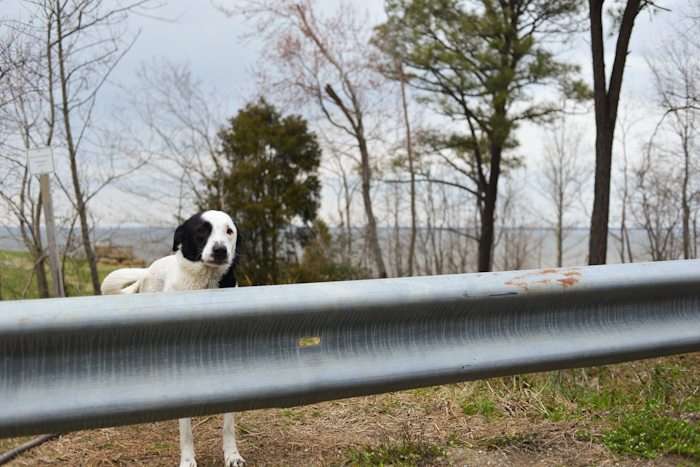 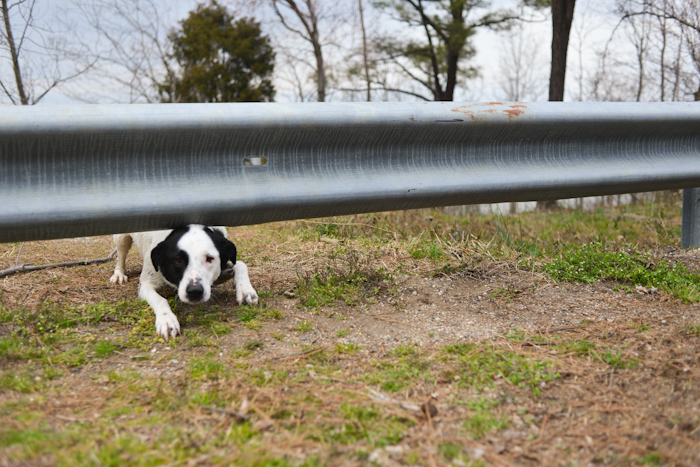 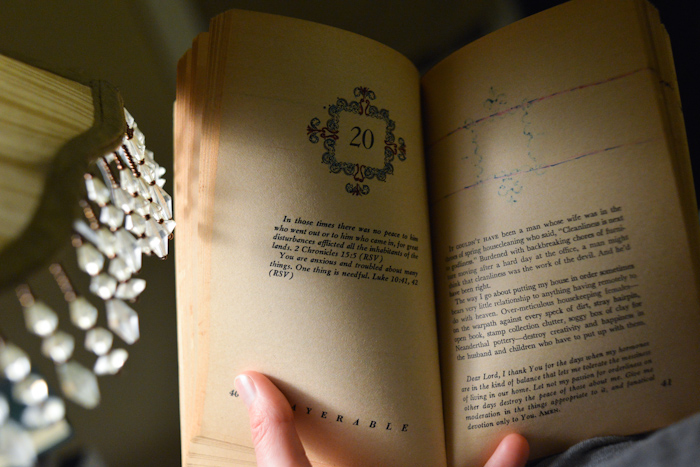 A few weeks ago I received a package from My Aunt Genie.  She included a few books that belonged to my grandmother, all full of underlining, and notes in my grandmother’s hand.  These little pieces of her are precious to us.  I picked up one of the books this week, a small paperback published in 1967 called “Prayerables.”  From the back cover:  What in the world is a “prayerable?”  Thomas a Kempis said that “if only your heart were right, then every created thing would be to you a mirror of life and a book of holy teaching.”  This then is a prayerable:  “An eternal truth and helpful insight for living, gleaned from the most ordinary events of the day.”  The book contains short meditations written by Irene Harrell, a “homemaker.”  They are short and sweet, brief stories from her days, and the ways that she has translated ordinary events into spiritual insights.

My grandmother’s name, written in cursive on the first page, and a line drawn across the top of each page in addition to color being added to the illustrations are evidence that she spent time with this little book.  And now, I find myself spending time with it too, only doubly touched by the messages within and my grandmother’s presence throughout.

I can’t say that I am good at finding the message or the meaning in the mundane, the everyday.  I am better at the big picture.  As far as the little events of the day go, I am not sure I can even form coherent thoughts about them, much less deepen them into meditations.

We went fossil hunting this afternoon, the only truly warm afternoon we are predicted to have this week.  Gabe and I found ourselves ahead of the others at one point, walking along the shore of the river.  We passed a man out with the same intention as us, to hunt for fossilized shark’s teeth, a man we’ve chatted with before.  He asked if we had found anything good, and since Gabe is very shy with strangers, I answered, “Nothing good, just a few small teeth.”  He smiled broadly and pulled a nice large tooth from his own bag and offered it to Gabe.  Not knowing better in that moment, Gabe refused the gift.  There is pride involved in hunting shark’s teeth for the older kids.  No one wants a tooth that he didn’t find on his own fair and square (I am almost positive that my other two older boys would have declined the gift as well for the same reason.)  Embarrassed, I told the man that I would love to have the tooth for Beatrix, my four year old.  He handed it to me and I thanked him, exclaiming over it’s beauty and his generosity.  He then headed on down the beach.  I gently explained to Gabriel that it isn’t polite to refuse a gift, even if you don’t want it.

I ran over to Beatrix and handed her the tooth telling her it was a gift from “that man walking down the beach.”  She was delighted, and I suggested that she go thank him (With the exception of Silas, Beatrix is my only outgoing child, unafraid to talk to anyone.)  She had to chase him down, but finally got his attention.  I couldn’t hear what she said, but saw her hold four fingers up in the air after a few seconds.  There were smiles, and then she was running happily back to me.

Later, as I walked with Jonny and explained what happened, I realized that so few situations are black and white, and it can be very hard to teach a child, even an older one, how to behave in unfamiliar social situations.  There are just too many variables.  As I told Jonny what I had said to Gabe, I began to worry that I had given him bad advice.  I was already doubting myself.  “Never refuse a gift” could be followed with many exceptions such as, “Never refuse a gift, unless it’s from a stranger who seems unsafe and is trying to lure you into their car with the gift.”  But saying that would just be confusing and maybe somewhat alarming.  Sometimes you just have to do your best, and then hope for the best.

I did find a “prayerable” today.  It’s pretty simple, but I think that’s the point.  As Jonny and I and the big boys all searched for the “next big find,” Beatrix exclaimed over every bit of “treasure” she came across:  a tiny shark’s tooth, or just a broken bit of a pretty shell.  She’s easily pleased;  not like the older kids and adults, always hoping to find something bigger, something better.  Beatrix can find something beautiful nearly everywhere she looks.  Four year olds can be great teachers, and the unintentional inspiration for “prayerables.”  My prayer is that I would always be able to find not only happiness and contentment in small things, but actual and sheer delight.