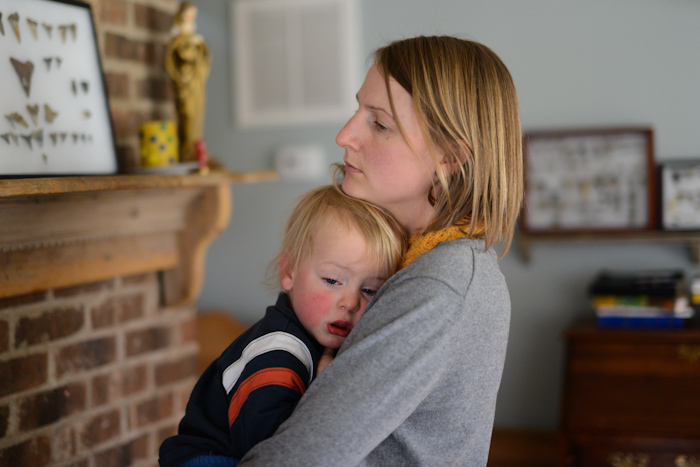 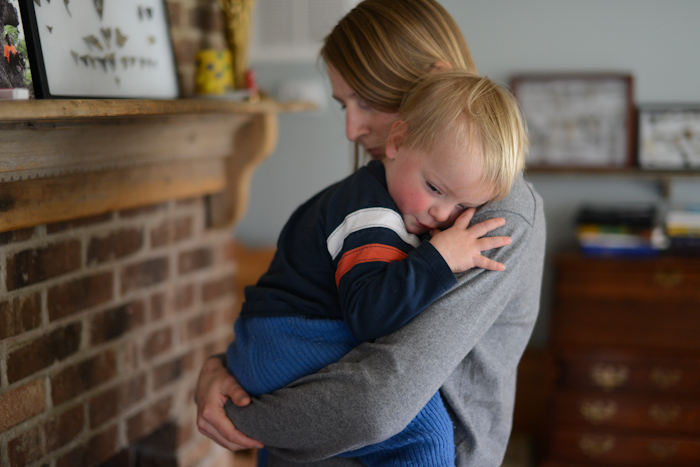 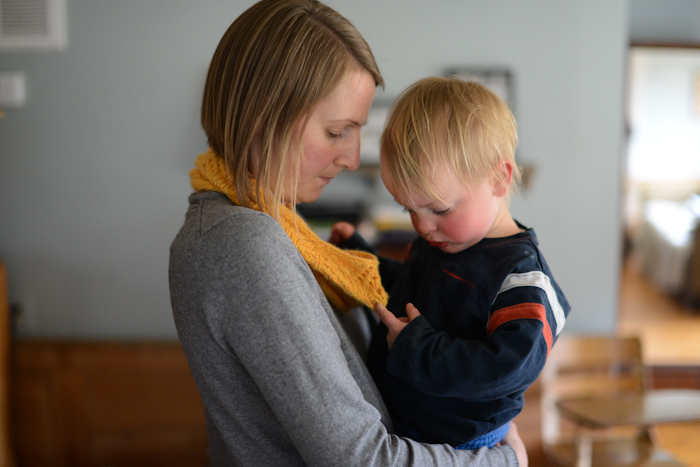 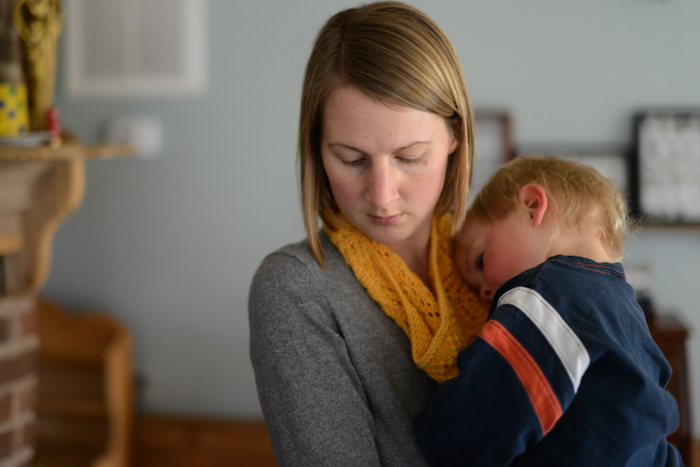 Silas became ill on Friday, and his pitiful condition dominated the weekend.  He’s never been so sick before.  Sitting down to write, Sunday evening, I feel like I’ve been inside some sort of bizarre time warp these past couple of days, only I don’t know if the time went too quickly, or too slowly.  I just feel a bit weird.  Illness can be so intense and all encompassing.  Everything stops and keeps going all at the same time.

While in many ways it seems as if the entire weekend was spent holding and nursing Silas, my mind tells me that other things actually happened.  Saturday morning Jonny took Keats and Gabe for baseball try-outs.  I stayed home and let the girls stream far too much Max and Ruby on my computer while I nursed a very miserable Silas to the point that I was hurting too.  It occurred to me that he might have the flu, it sure seems that way, and that we might all succumb in the next few days.  I thought of Larkspur’s birthday this week and her unfinished birthday dress.  If I come down with the flu I won’t be able to sew.  I spent the second half of Saturday, all the way up until midnight, making that dress in between sessions with Silas.  Now Larkspur’s birthday dress is hidden away, ready and waiting for her.  I finished her hat this evening.  So, all set.  Well, mostly.

All the time spent nursing Silas, meant ample time for reading.  I read a book set during world war two, about a little dog, cover to cover and found myself more absorbed in it than I have been in another book in quite some time.  That may be partly to blame for my weird time warp feelings.  I seriously loved this book and can’t stop thinking about it.  I must have laid it in my lap because I was starting to cry a dozen times or so.  It was heartwarming and gut wrenching.   There was also the unexpected mention of knitting throughout the book.  Men knitting on ships:  socks for themselves, trousers for a pet capuchin monkey (with mention of another pair “on the needles.”)  There was an elderly woman who took up knitting despite arthritis, wanting to send socks and balaclavas to the soldiers.  I think I need a small dog now:  a terrier poodle mix -must be an adult male -must be a rescue.  I may or may not name him Bel Ria.

p.s.  Silas was so happy to snuggle his face on that yellow cowl.  Of course he was- it’s cashmere.