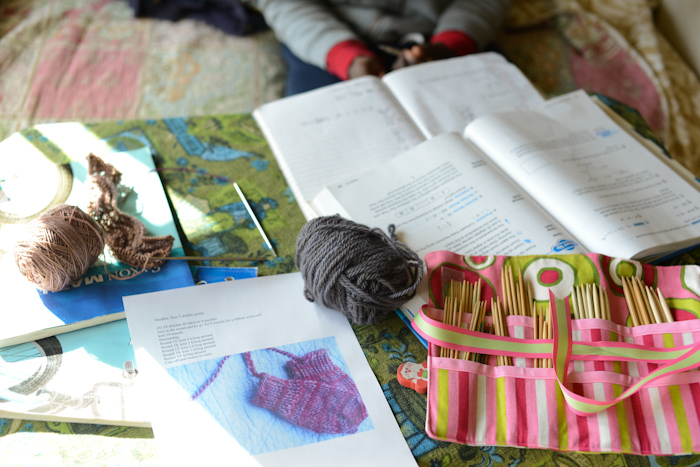 Halfway through Gabe’s math lesson on Wednesday, I was having a hard time staying focused.  I was knitting on a new project while we worked, but that wasn’t helping.  Talk of snow was going around and it occurred to me that Silas doesn’t have any mittens.  Gabe didn’t even raise an eyebrow when I asked him to hold on a minute, left the room, and came back armed with a roll of double pointed needles, an easy mitten pattern, and some gray yarn. 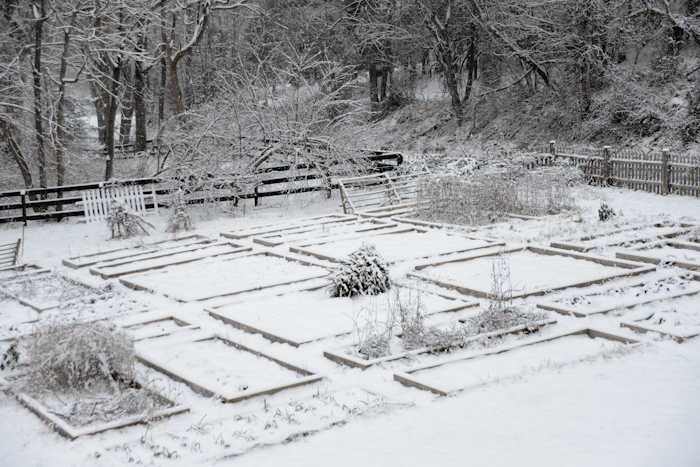 I clearly wasn’t paying very close attention, because in my mind the snow was happening on Friday, which would give me plenty of time to knit mittens and pull together everyone’s snow clothes.  We haven’t had snow worth talking about in a couple of winters, so snow clothes are scattered between the attic and various other places.  Thursday morning I woke up to this view out my bedroom window. 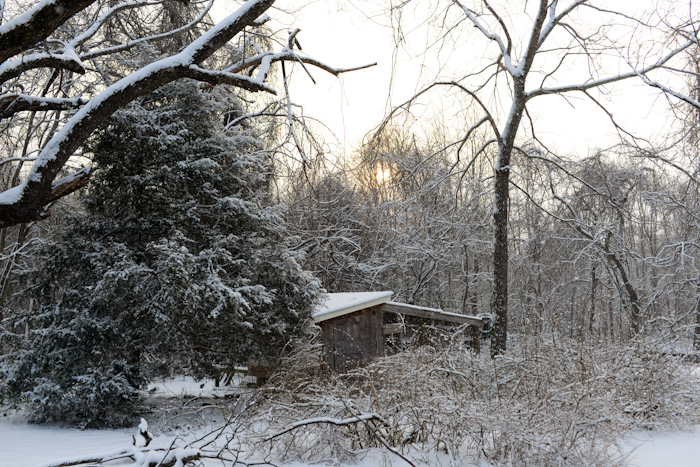 And from my back porch there was this to see. 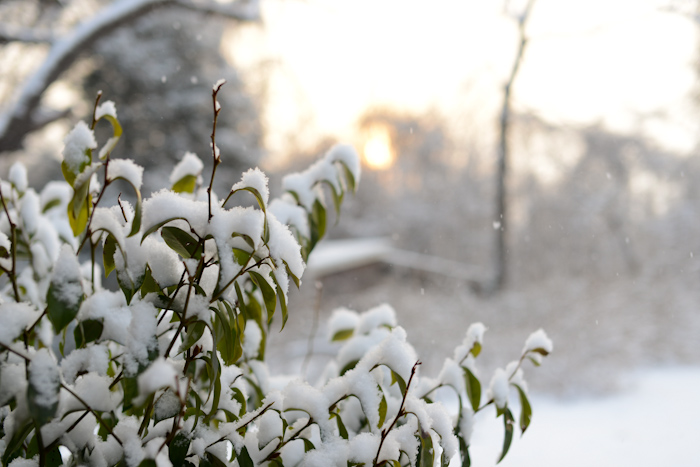 While I meant to, I never ventured any farther than the porch. 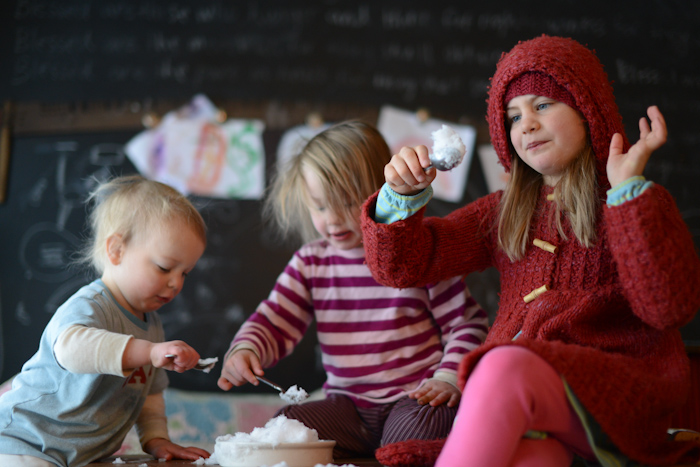 Silas and the girls ate snow for first breakfast (second breakfast was more substantial.)  This was Silas’ first experience with snow.  He thought it was yummy and ate several bowls.  He isn’t a big talker, but he actually said, “Want more snow.”  It just sounded more like, “wa mu no.” 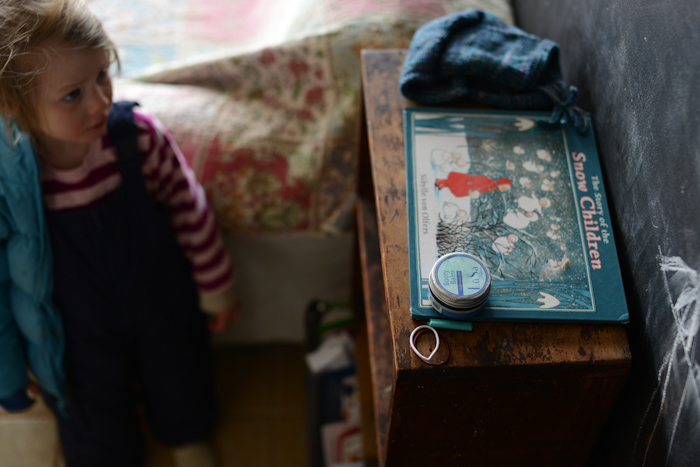 It seemed to take hours to get my three youngest ready to go out.  I managed to tuck Beatrix’s hair out of her face, grease up her cheeks with some “Booty Bomb,”  (that’s Jonny’s name for this stuff based on Beatrix’s pronunciation) and get her out the door. 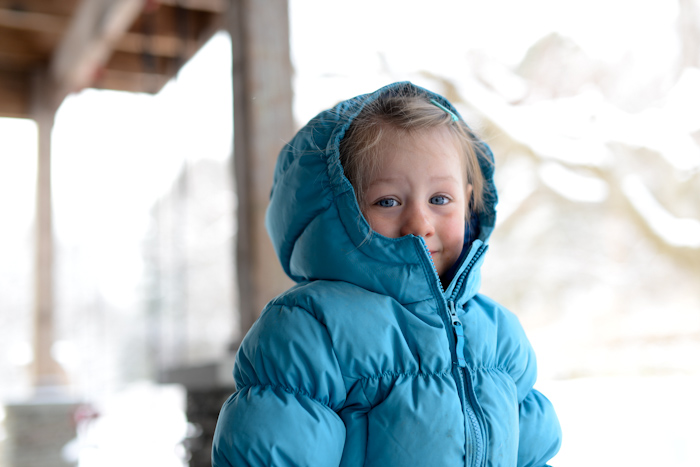 She may have lasted ten minutes. 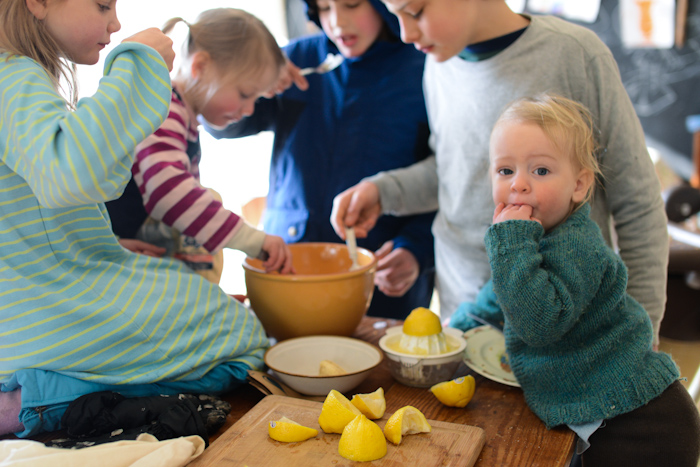 The big hit of the day was making the lemon ices described in The Lemon Sisters. 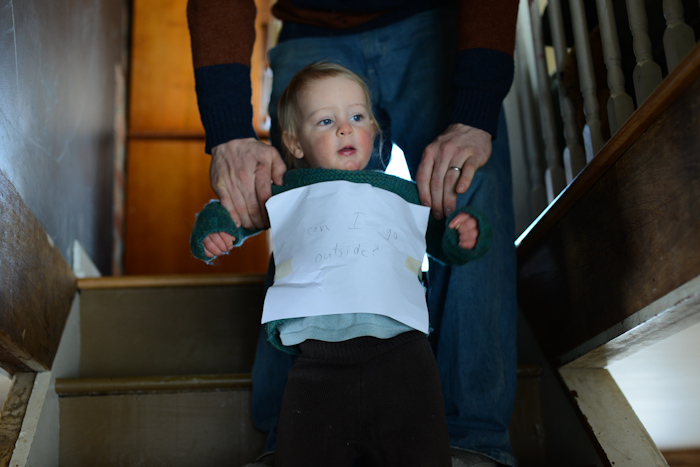 Evidently, the big boys really wanted Silas to join them outside. 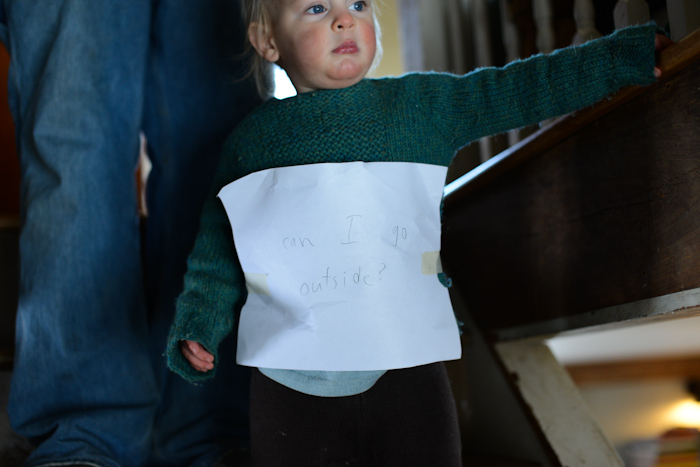 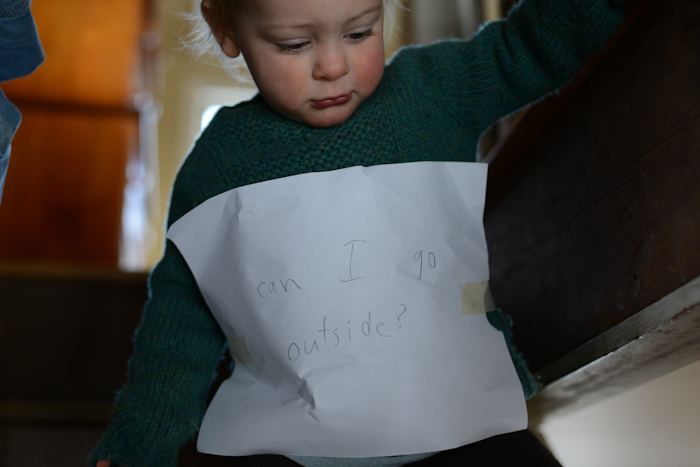 I’m not sure which one of them made the sign, so I didn’t get a chance to remind him that it’s “May I.” 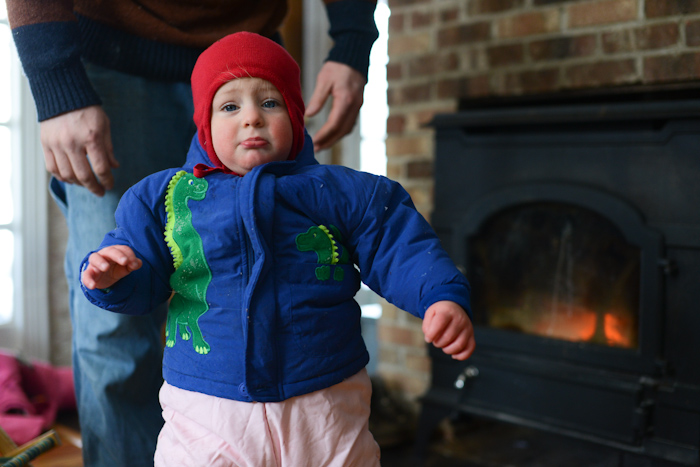 Jonny dressed Silas in so many layers that he could hardly walk.  I think he was wearing at least one hand me down from every sibling, including Bea’s old pink snow pants.  I wasn’t yet finished with even the first of his two mittens, so I tried to convince him to wear thick wool socks on his hands.  He refused.  Jonny took him outside anyway, and I planned to join him. I put on my coat, but could only find one of my boots.  I was still wandering around about three minutes later looking for the other boot when Jonny brought Silas back inside.  Evidently Silas prefers his snow indoors and in a bowl.  He promptly told me, “Wa nu”  (want to nurse.)  And that was the end of his snow day. 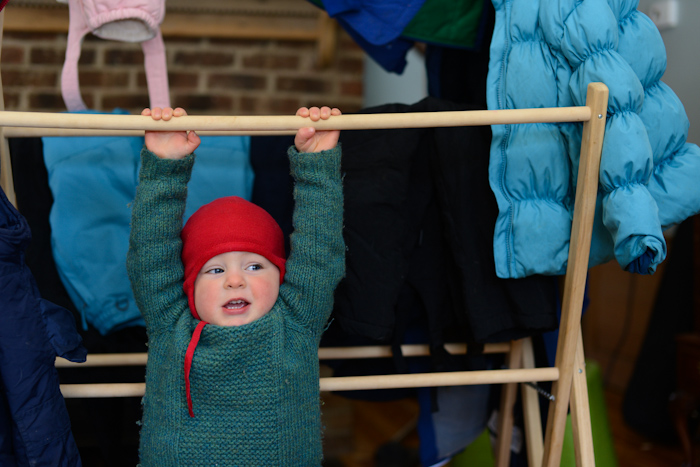 He was soon warm again, and playing on our drying rack/indoor jungle gym. 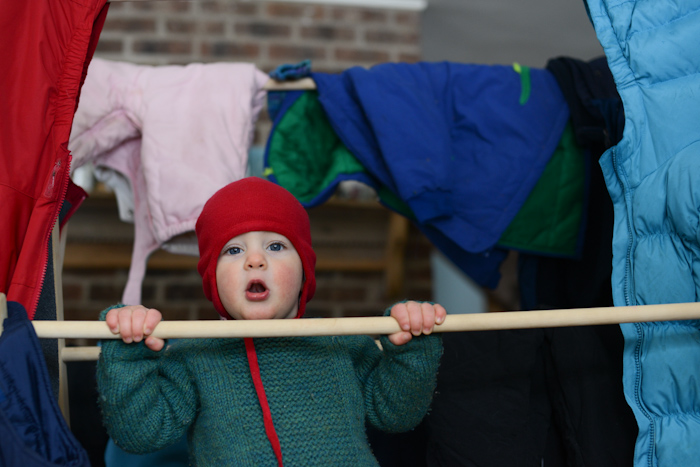 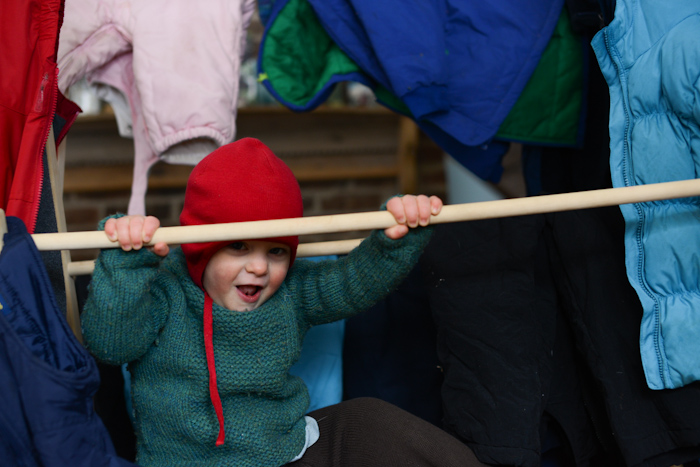 We’re supposed to get more snow this afternoon.  I’m going to try to be enthusiastic.  But the truth is that while I feel excited and sort of cozy when I wake up and see snow outside, it doesn’t take me long to lose focus on the pretty snow and shift it to the pile of wet shoes and coats and the constant icy breeze from kids going in and out.  Snow days are a lot of work.

I’m getting back into the swing of weekend giveaways, starting tomorrow.  Be sure to stop by; this weekend’s giveaway is lovely!