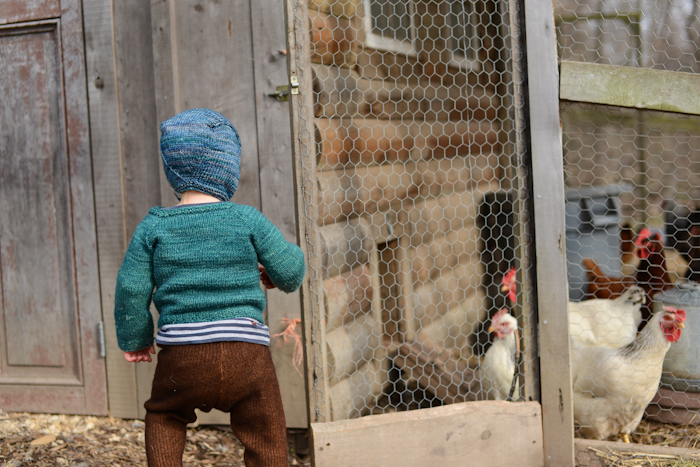 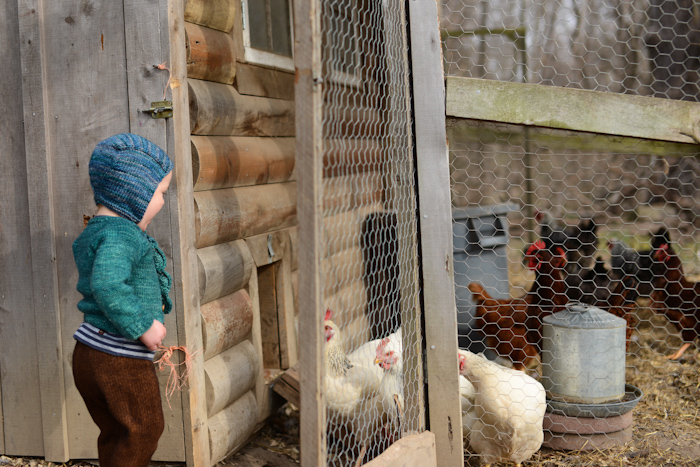 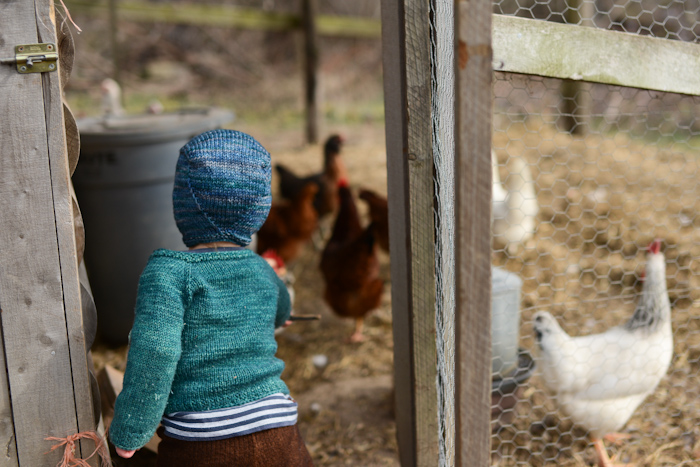 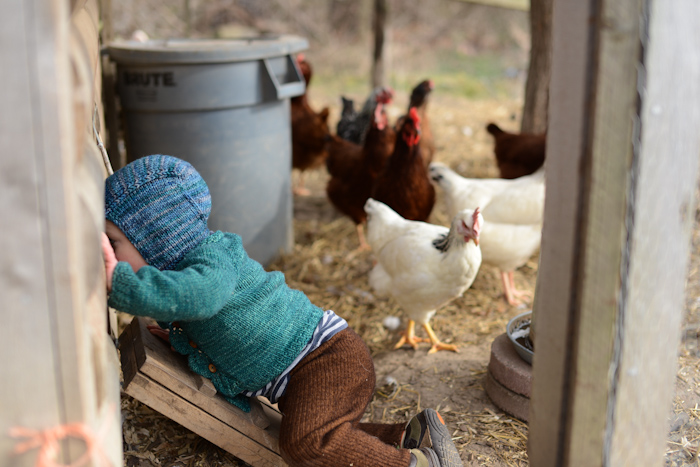 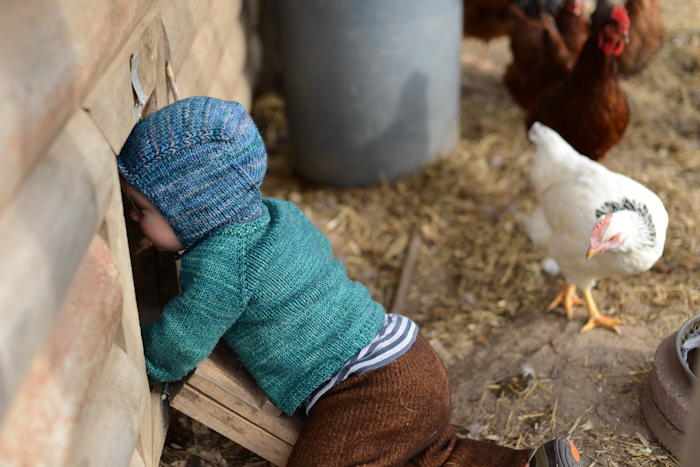 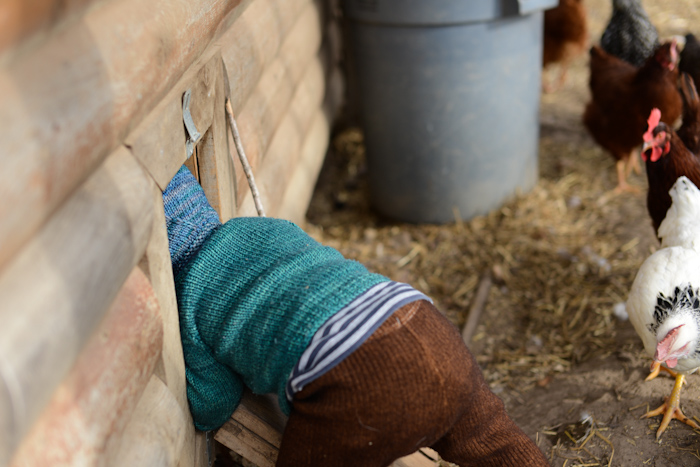 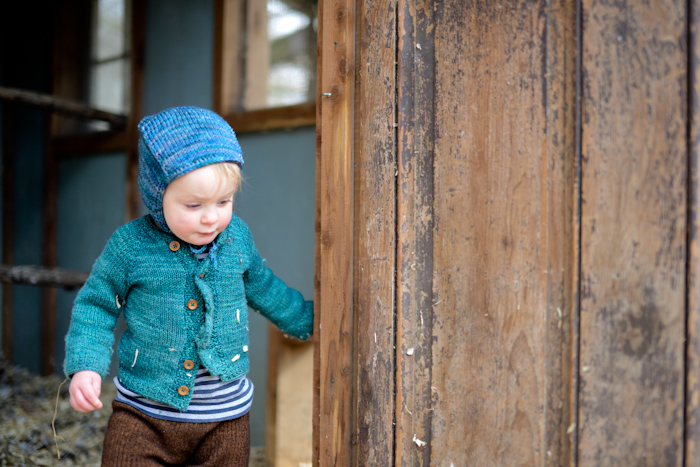 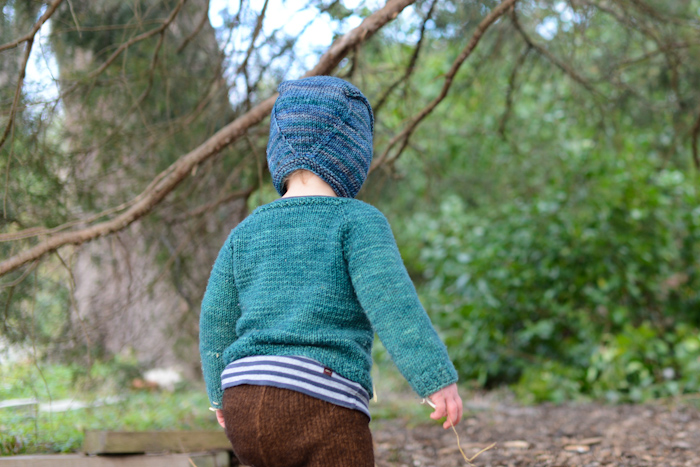 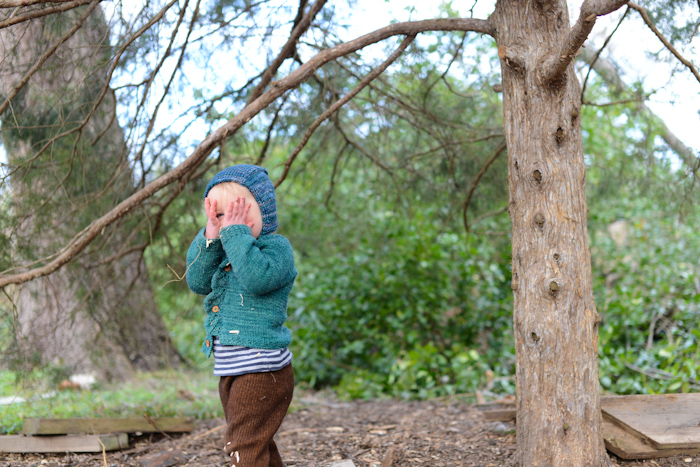 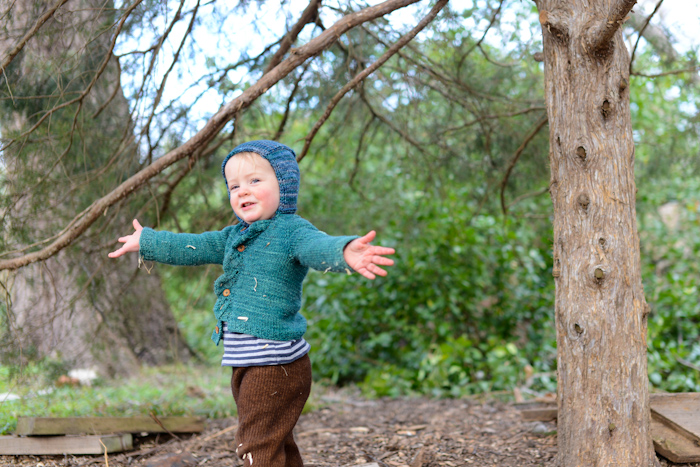 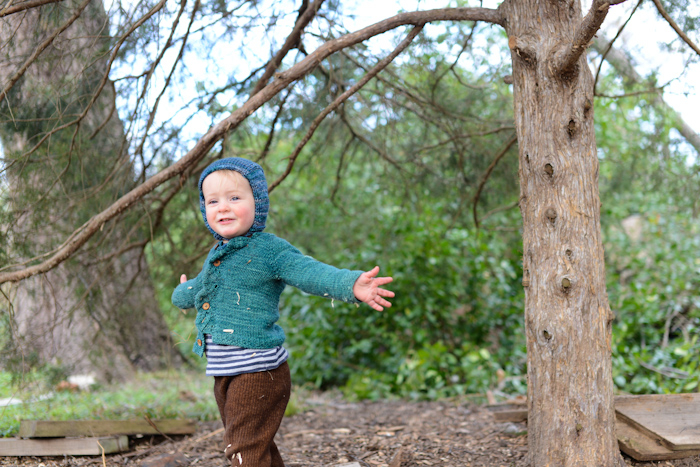 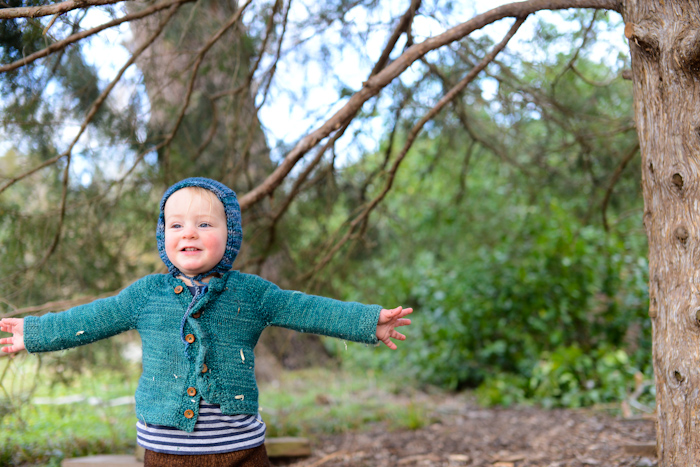 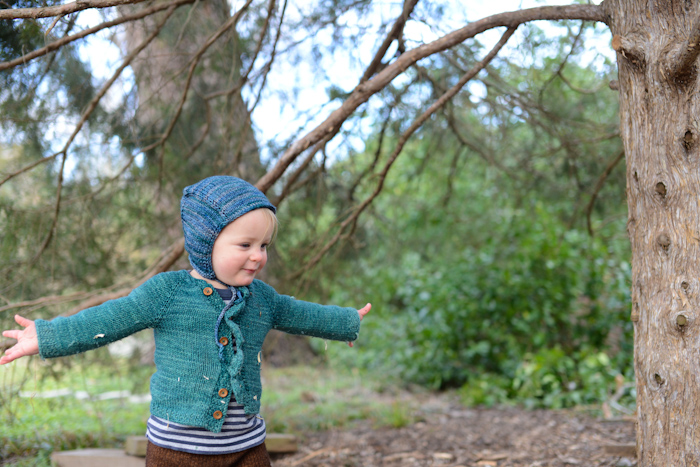 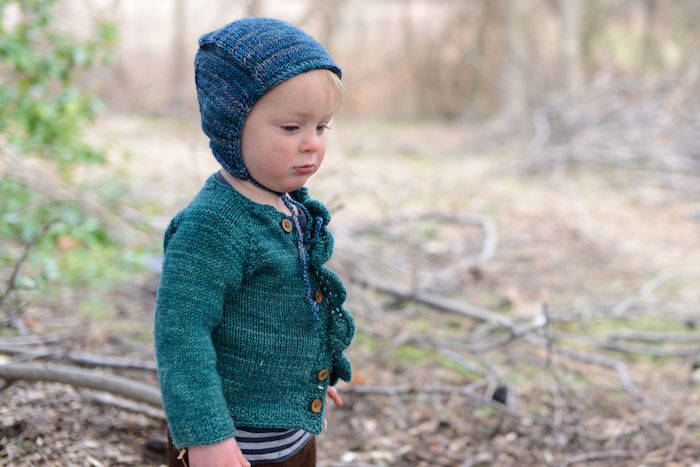 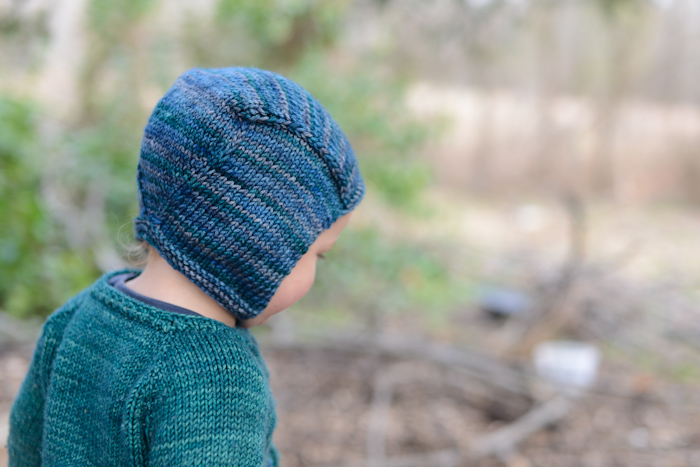 Last Friday evening, while Ginny had the big boys at piano lessons, I was left at home in charge of the littles.  The girls were occupied somewhere with something, and Ninny Man was with me while I cooked a delectable dinner of Red Lentil Coconut Soup and Roasted Cauliflower.  (He’s ever so helpful…always wanting to stir or throw something into the pot).  Once I had everything under control I decided to review the math test Gabe had taken earlier that morning.  Ninny headed out the back door to the mud pie kitchen.  I was keeping one eye on him and the other on the test.  When the test became complicated and I had to perform three digit addition, I was momentarily side tracked with the mental mathematical manipulation and lost sight of the little guy.  I quickly and ever so efficiently threw down the test and raced out the back door to locate the quick footed Ninny Man.

“YAAAAA YAAAAA!”, I called…wait for a response….none…try again…”YAAAAA YAAAAAAAAAA!…again nothing.  (I’ll quickly explain…normally, when I call “YA YA”…rhymes with “Ha Ha”…Ninny Pants will respond with a “YA YA” and I can locate him easily among the trash outside.)

At this point I started to panic a little, although I had only looked down for a total of 5 or 6 seconds before he disappeared, and I knew he really couldn’t have physically made it with his funny toddler run around the house, out the gate, down the driveway and to the road.

Let me detour here again to explain the basis for my panic.  Last summer, when we were all outside gardening, Ginny asked for some compost.  So, I had the boys watch Silas for a bit so I could take a couple of loads of compost to the garden where she was working.  They put him in the wagon and proceeded to take him for rides around the yard.  After dumping the first or second load, I noticed the boys having a good time playing with the wagon, but with no Ninny Man around.

Panic…the boys have neglected to keep an eye on Ninny Man…the gate is open…no Silas in sight…I hear a vehicle approaching.  I take off for the road and run out a little into the lane in which a monster truck is driving…I look to the right and to the left but don’t see Silas (there is a hill just before our driveway, it’s a blind spot, cars cannot see over the hill).  Because I am in the road, the jacked up monster F-350 with the giant mud bogging tires swerves to the other lane and drives on by.  At this point I look back to my right and what do I see?  A toddler standing about 3 feet in the road, just on the back side of the hill.  Basically, had I not run into the road when I did, the truck wouldn’t have changed lanes and …anyway, awful awful thought…I couldn’t shake it for weeks…still can’t…I am always making sure the fence is closed and I have since installed a more secure latch.

Back to the current story…Silas couldn’t have made it to the road, but I still panicked a little and ran to the front to verify the gate was closed and that he wasn’t headed that way.  All was well in the front yard and no sign of Ninny Man.  So I went to the back and tried again.

Wait a second, was that a muffled sound?

“YAAAA YAAAA!”…Yes!  That was a muffled “Ya Ya”…in the direction of the chicken coop.

Ninny Man was crawling out of the little door to the chicken house with an egg in each hand.  He also had one sitting just inside the door that he had collected and was planning to go back for.  All I could see were his fat little hands holding the eggs and his cute as a button face.  He looked at me, said “Abujewaya,” and smiled.  I picked him up, made sure he wasn’t covered in chicken poo, and gave him a little kiss on his pudgy cheek.

Wish you could have been there…Ninny Man collecting eggs on his own…so adorable.

p.s.  (Hi!  It’s Ginny here.)  When Jonny told me he wanted to share a cute story here, I had no idea he was going to include what happened last summer.  As I read his words, I reacted immediately by telling him, “We can’t talk about that.”  But he and I decided that we would.  The memory of that day has been a difficult thing for Jonny to carry and I try not to think about it myself.  I think that maybe he needed to write it down.

p.p.s.  I took these photos of Silas yesterday,  I wanted pictures of the hat I knit him over the weekend.  The only way he would wear it, was if I let him go visit the chickens.  These days, that’s where he wants to be.  Unfortunately, Silas gathering eggs means broken eggs.  We’re working on that.  I knit his hat using leftover yarn that I dyed last year to knit him a whale for his birthday.  The day he received his whale, he headed straight for the chicken coop with that too.  He knows what he wants.  In the photos above Silas is playing a little peek a boo and a little “How big is Silas?”  “So big!!!”  We love him so much.