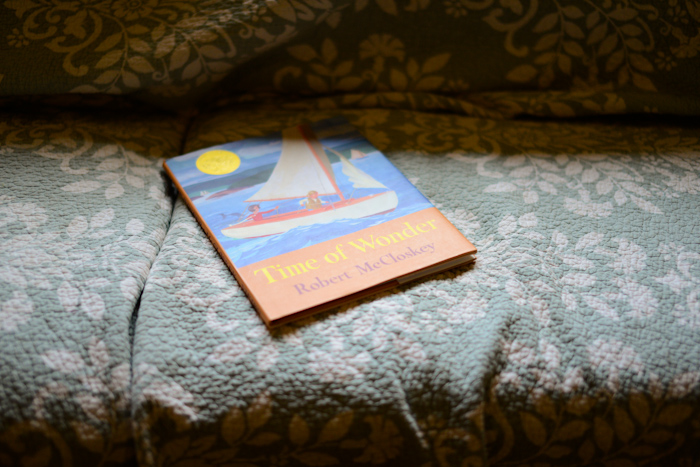 Last week, (or was it the week before?) I settled down on the couch with my kids to read Time of Wonder, long one of our favorite books.  Just as fall brings a big storm in the story, we had only days before experienced our own big storm, so it seemed an appropriate and timely read that morning. 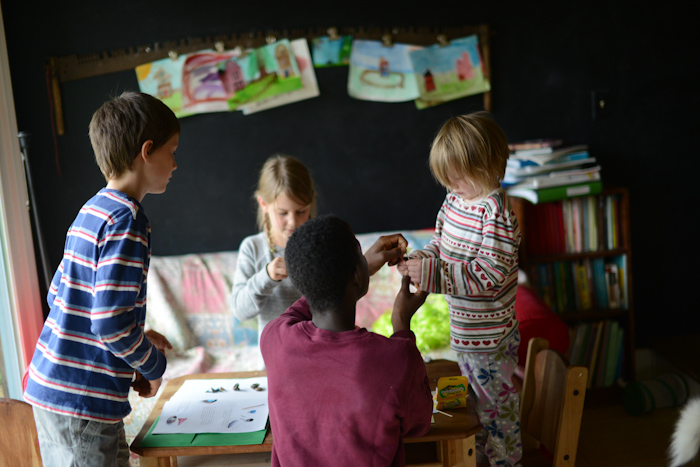 Later that day, we worked on a project from volume nine of Alphabet Glue, inspired by another Robert McCloskey book:  One Morning in Maine 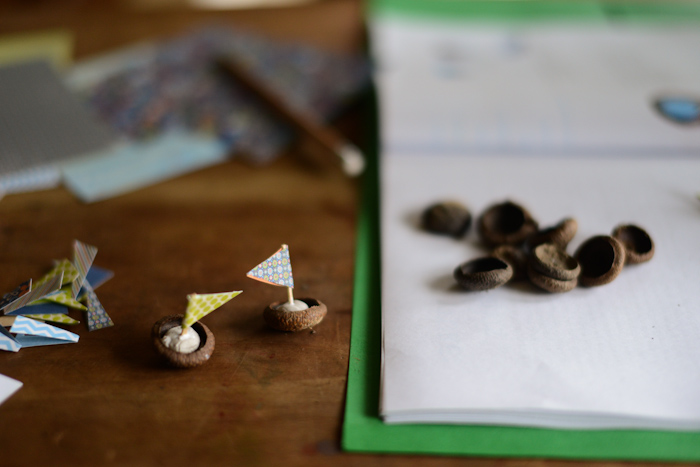 A tiny fleet of acorn top boats with paper sails was created and then set on the mantle, waiting for the perfect day to take them sailing.  I think these little sailboats could be inspired by Time of Wonder as well. 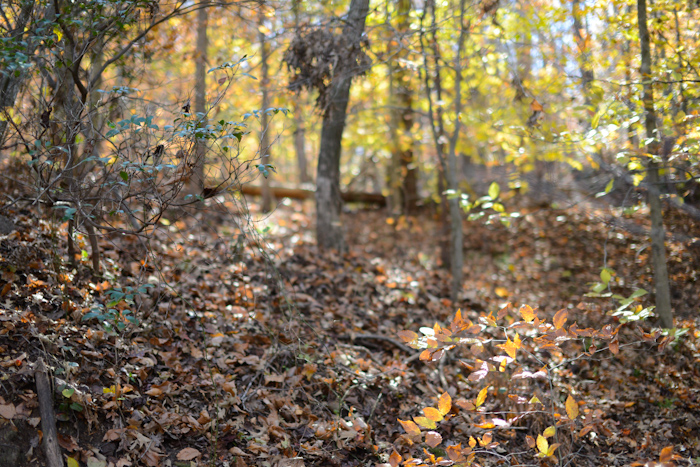 On a recent warm day we decided that the weather was perfect for sailing.  We didn’t have time to leave home, so we headed into the woods behind our house. 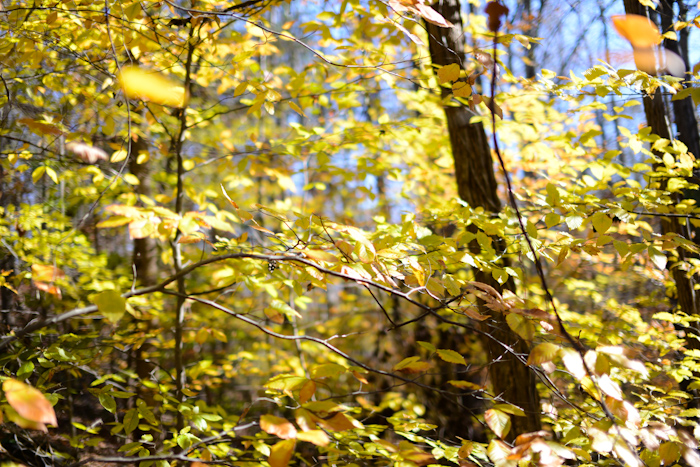 The beech trees are so lovely right now. 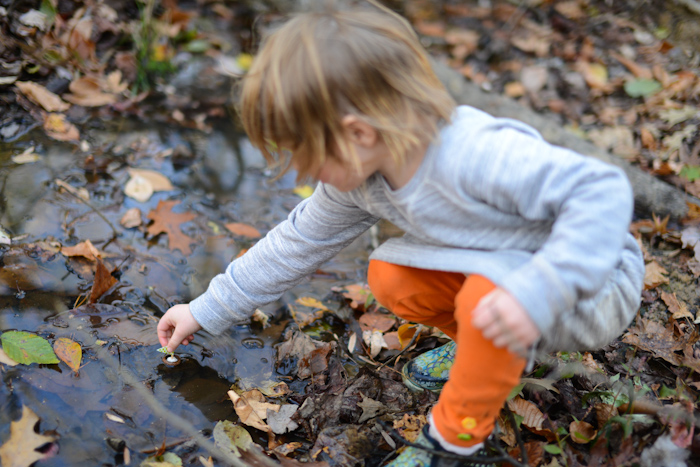 The creek that runs through the woods is a small one, and filled with leaves this time of year, so we headed for the spring. 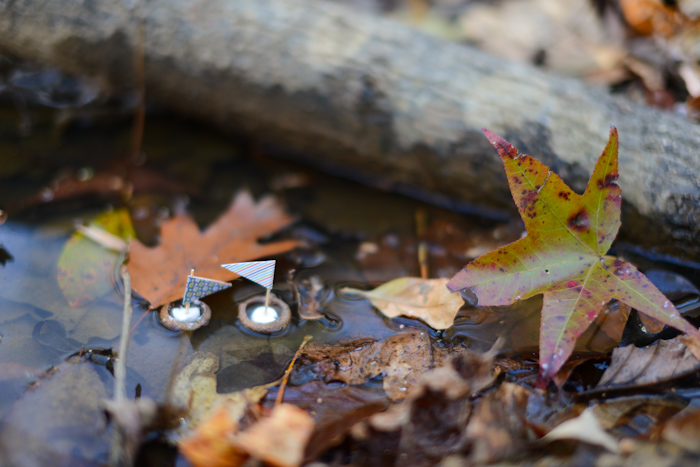 The word “spring” when used in reference to a spot where groundwater bubbles to the surface brings to mind the image of lovely clear water for me.  But, that isn’t the case for our spring.  It’s actually kind of nasty.  But that hasn’t stopped it from being a favorite destination for our family for many years now. 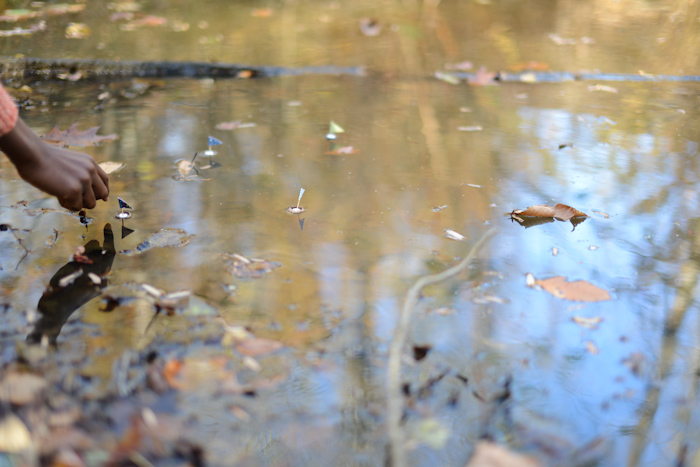 We carefully set our boats into the water and watched them bob and float. 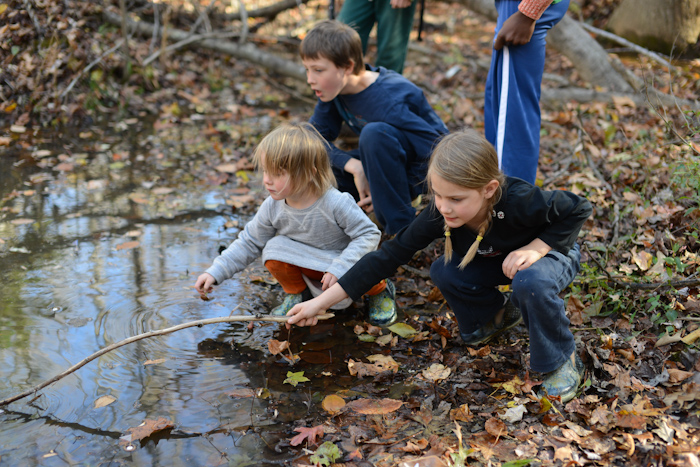 As they began to move out of our reach, sticks were grabbed and used in an effort to coax the boats back to shore. 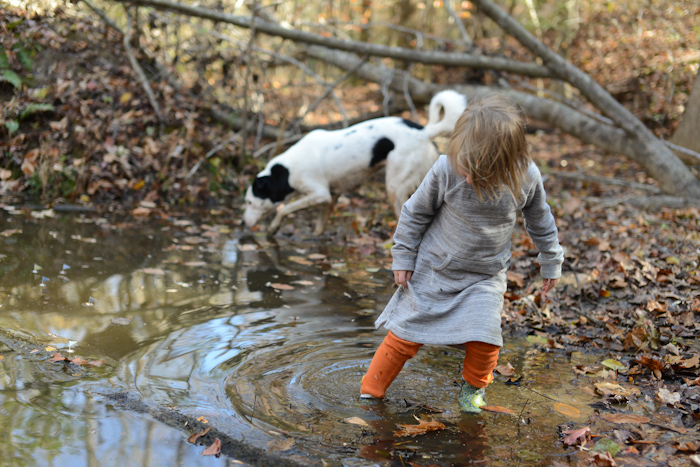 A few were saved, but the majority of our fleet floated across the spring.  While the big kids contemplated the best way to rescue the boats, Beatrix tested her shoes “To see how waterproof they were.”

Trudy decided to test the water as well… 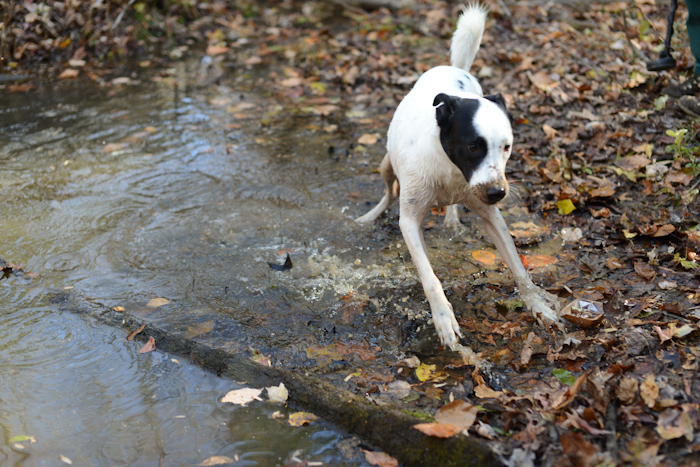 Before we could stop her (not that we really tried,) she was bounding in and out of the water and splashing the murk and mud everywhere.  We all screamed and cried that we had to save the boats while at the same time becoming more concerned with our clothes!  Trudy is not very aware of where her body is in space when she is excitedly running around, and we knew that she was going to collide with us and cover us with smelly creek mud. 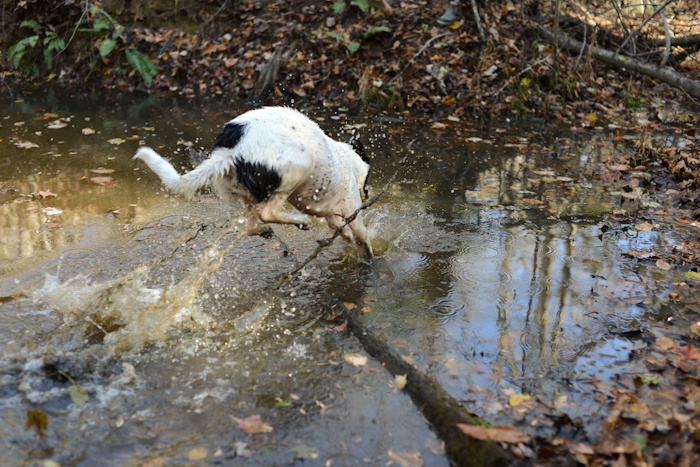 “Daddy’s going to be maaaad!”  we all agreed.  Trudy is an indoor dog, and this romp in the spring meant that Jonny would have to bathe her. 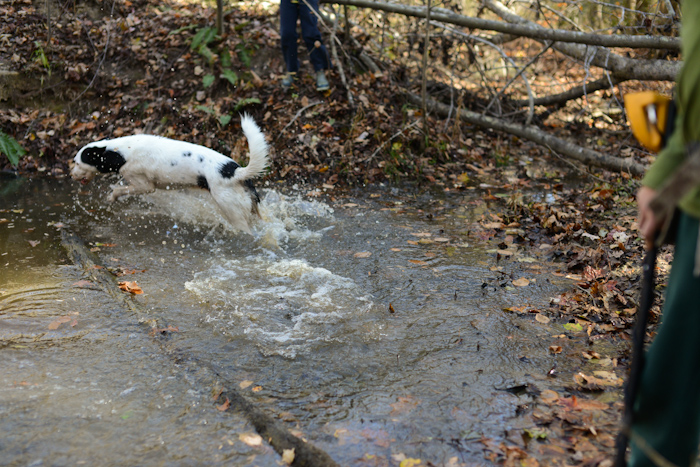 If you look closely, you can see a couple of the boats under her leaping body in this photo.  Obviously, the end of those sailboats followed Trudy’s wild rumpus over them. 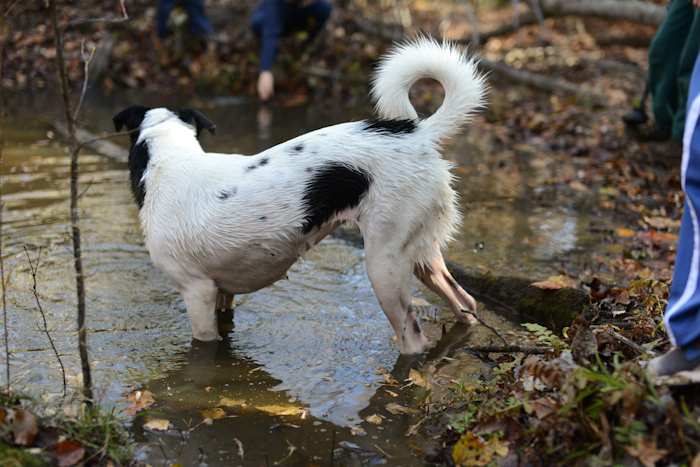 She would pause for a moment, and then start racing wildly about again.  It was definitely a good day for Trudy. 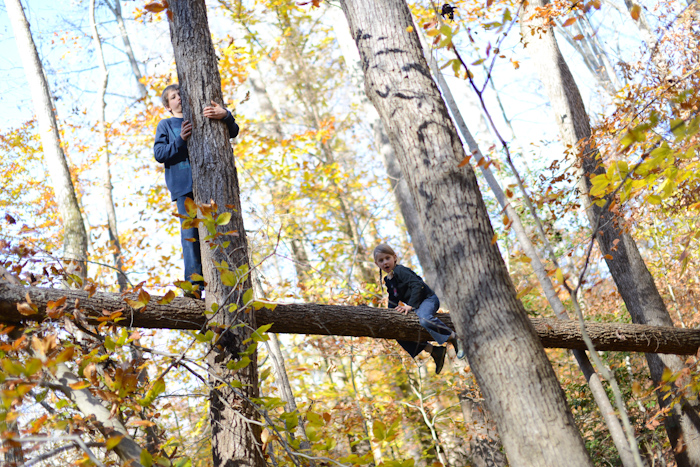 Because it’s great fun to try to escape from a wild wet dog, the kids shifted their attention away from the boats (most were history) and onto reaching safety from Trudy. 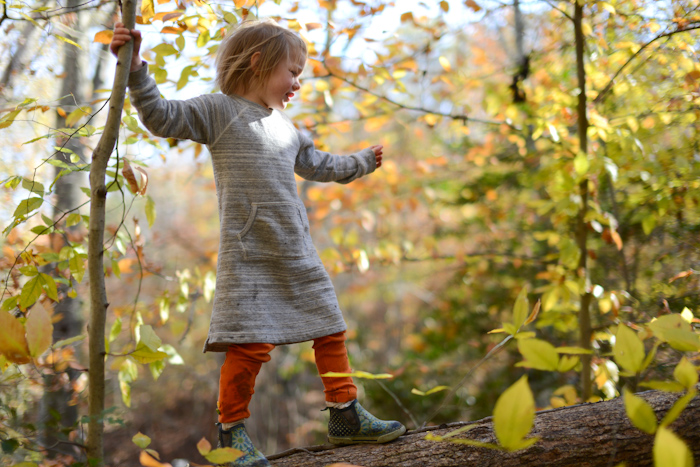 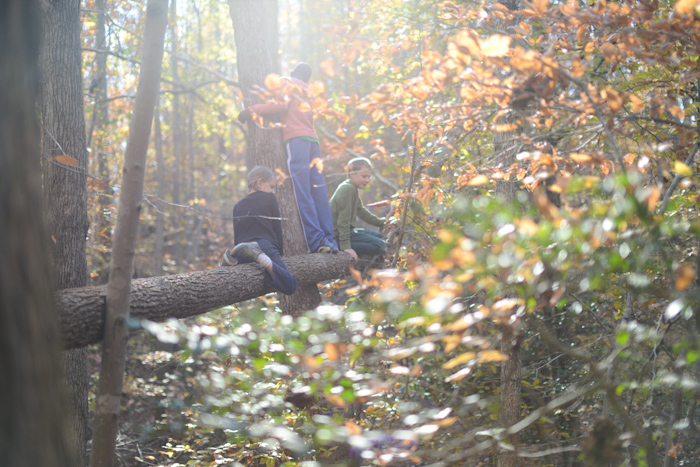 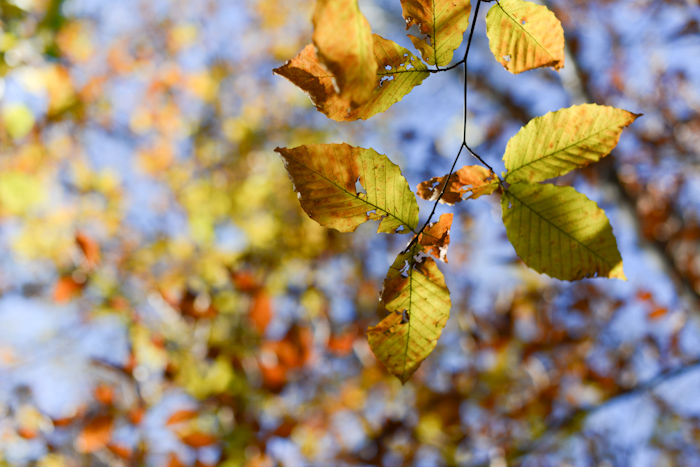 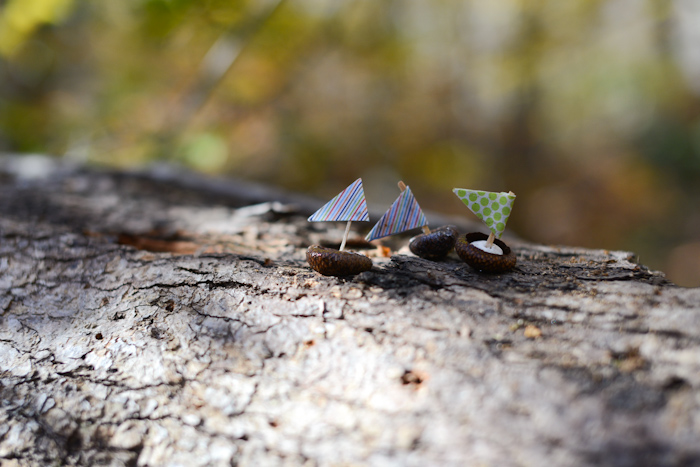 Three boats survived to sail again someday, maybe in the bathtub next time. 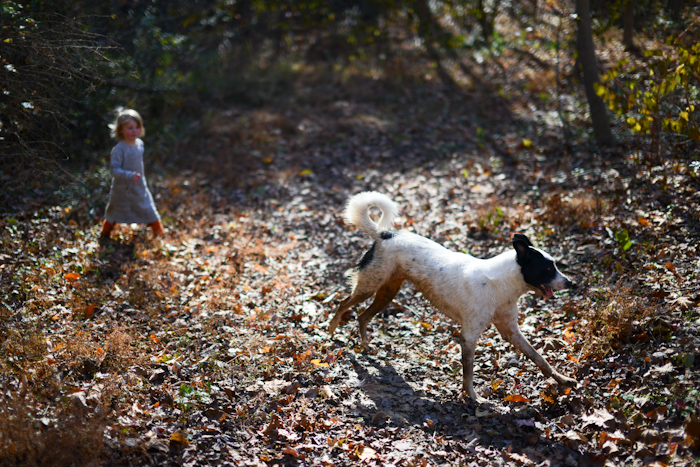 Trudy did get a bath, and Jonny wasn’t mad about it.  We’d all had so much fun, how could he be? 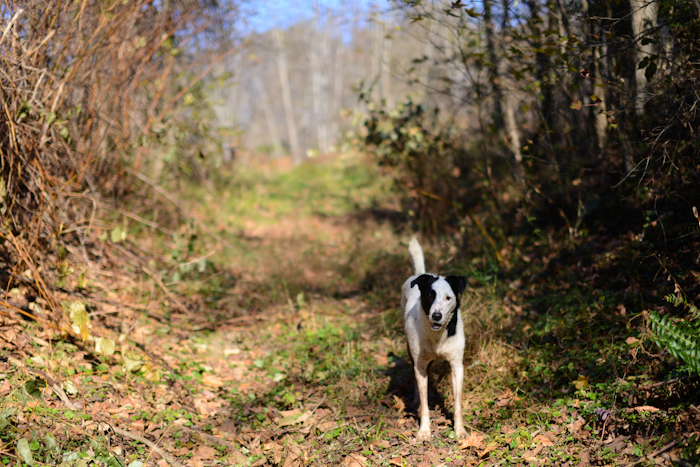