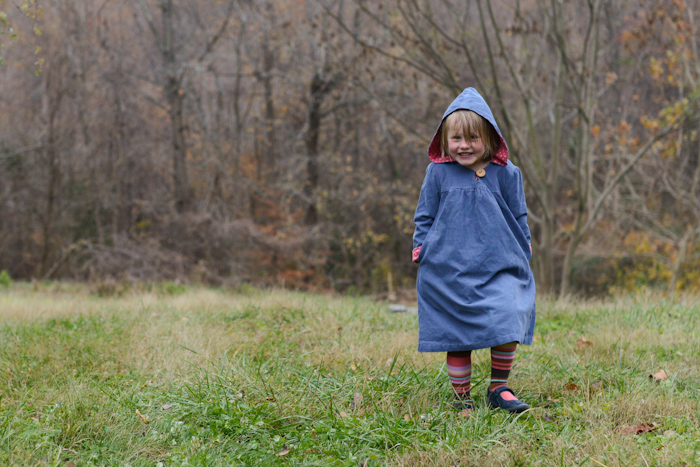 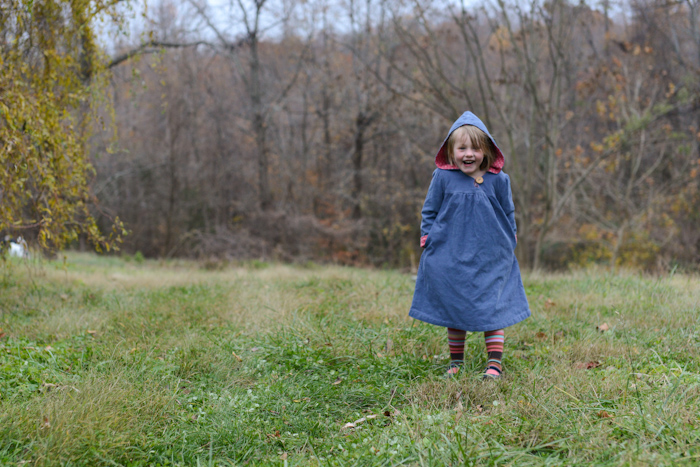 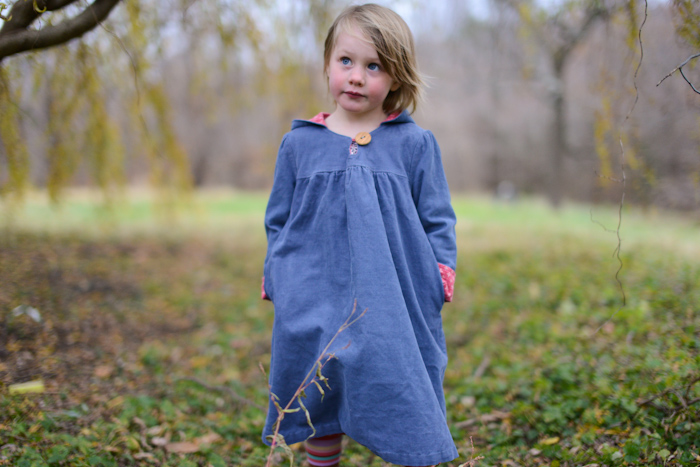 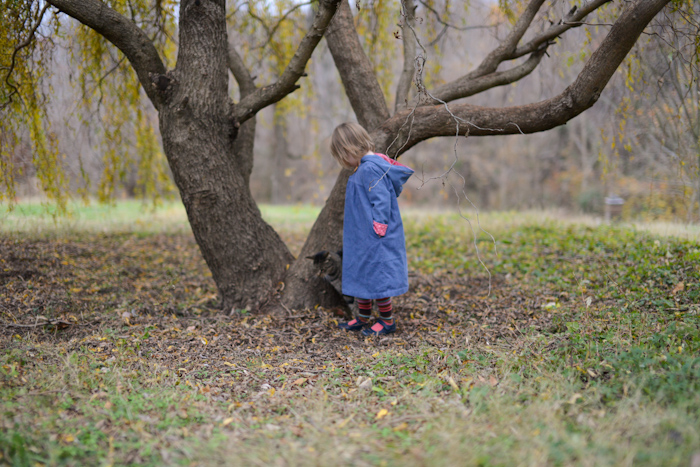 Birthday dress sewing didn’t go quite as planned this year.  I think the highlight was Saturday night, weekend before last.  I was cutting out my pattern pieces when I realized that the corduroy fabric was discolored in lots of places.  I had noticed that the corduroy changed color as I ironed it beforehand.  The blue went sort of purple.  I guess in my mind I thought, “Cool, it’s Hypercolor!”  (You do remember those shirts, right?  I wanted one so badly.  So very badly.  It never happened for me.)  In the midst of the middle school flashback I suppose I assumed the fabric would turn blue again as it cooled.  I didn’t think about it again until I had cut out all my pieces and noticed there was an issue.  The purple areas had become faded blue spots.  I learn something new every day!  Thankfully I had ironed on the wrong side and it wasn’t all totally ruined.

I spent several evenings assembling the dress.  It is a nice warm dress, and that I why I chose this pattern.  I’ve made it before.  I chose a fine wale corduroy for the outside and the inside is flannel.  There are even flannel pockets which is a huge bonus.  Because you essentially sew two dresses, it’s kind of time consuming, and because I made some stupid mistakes, it ended up keeping both Jonny and I up until 3 a.m. the night before Beatrix’s birthday.  There was a moment when Jonny was ripping out stitches along the hem while I ripped as well, working to meet him in the middle.  He noted that we should have totally been in a movie with romantic music playing.  I was thinking, “I can’t believe I made such a dumb mistake and we are ripping stitches at 2 a.m.”  There was no romantic music along the lines of this playing through my head.  Oh my gosh, but now I am laughing just thinking about it.  What if Unchained Melody had been playing while we ripped out those stitches together?  So great.

The bottom line is that I made Beatrix a warm and practical dress for her birthday this year.  The corduroy does wrinkle though when washed and you can’t really iron it on a high enough heat setting without it going hypercolor though.  So, it’s a little bit frumpy.  Beatrix loves the dress, but if you saw the thrift store dress I gave her in yesterday’s post, you might understand why she changed out of her birthday dress and into the shiny dress the moment she saw it.

(HERE is a link to the pattern for the dress.)