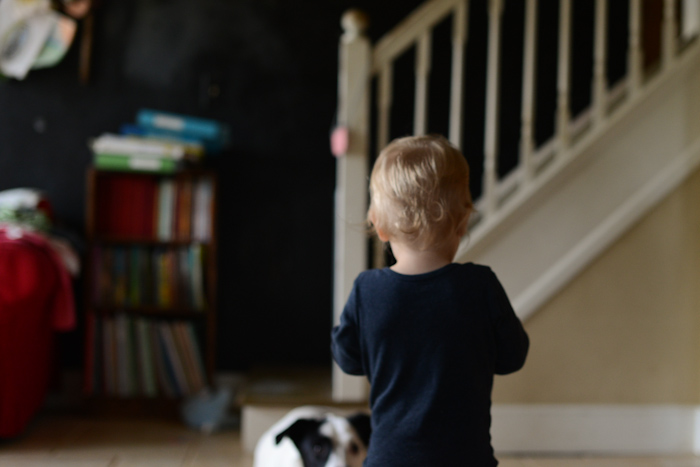 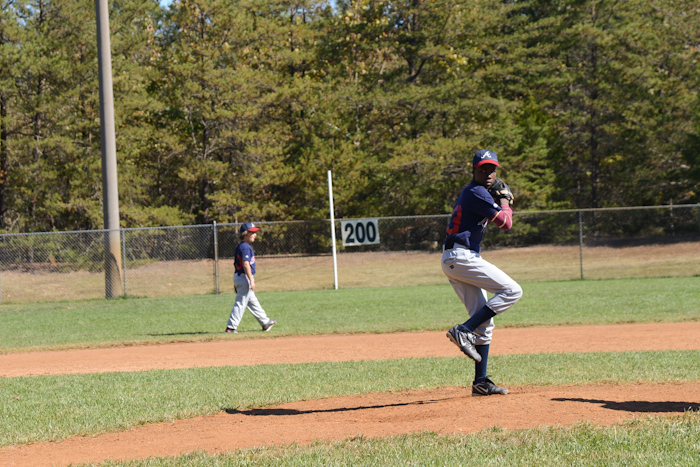 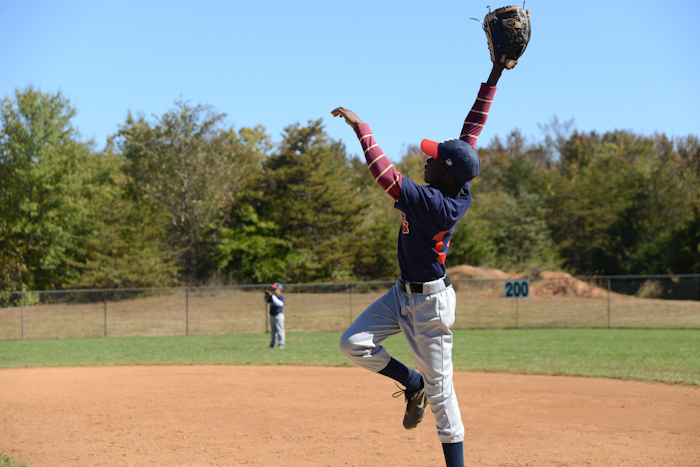 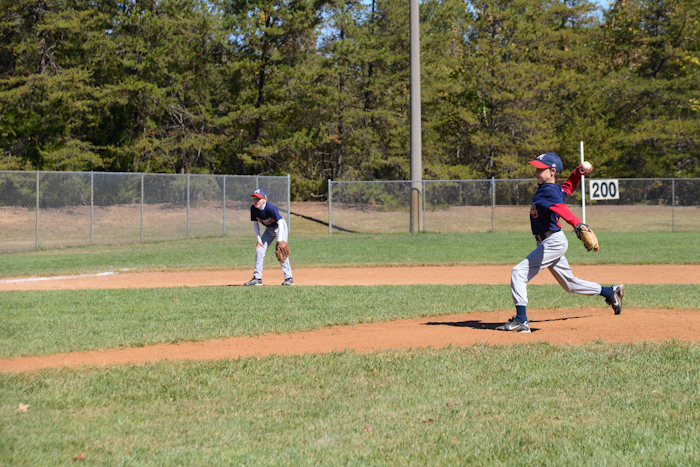 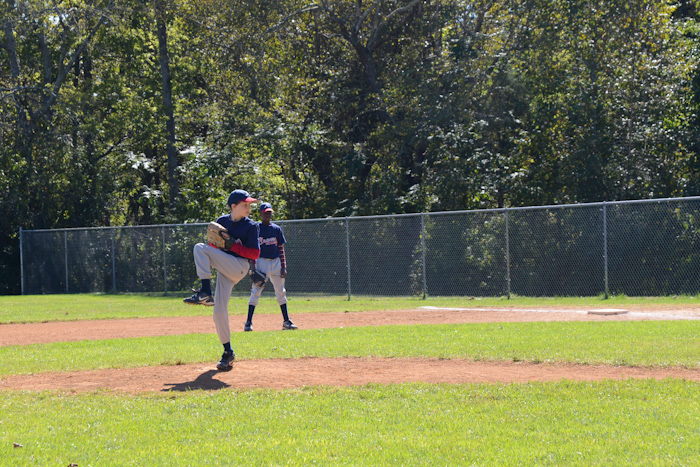 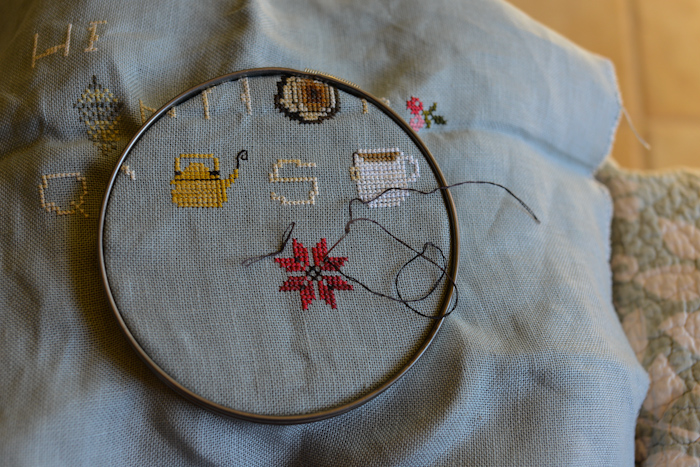 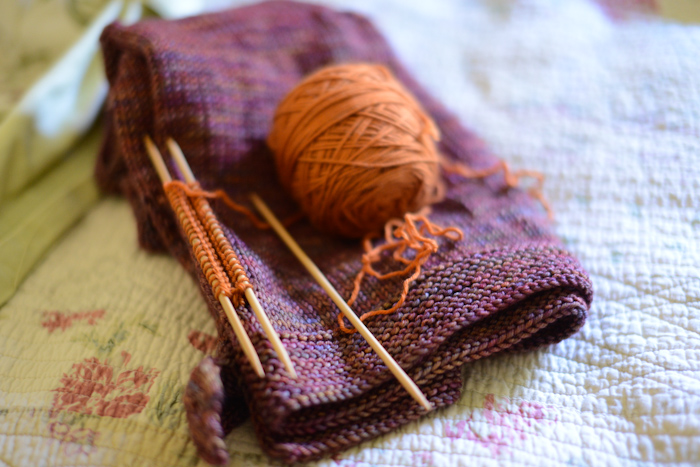 This weekend was all baseball and bathroom.  Well, it was just one baseball game, but somehow Saturday games seem to consume the entire day.  Gabe and Keats play on the same team, and they both pitch and it’s so much fun to watch them.  I carry knitting and cross stitching, but can hardly look away from the game.  The funny thing is that we realized that the boys have never seen a baseball game played outside their own.  A friend recorded one this weekend for them to watch later this week.

The obvious big work in progress around here is the bathroom, but I haven’t taken any new photos.  Maybe I’ll wait and do a big reveal when it’s finished!  We chose a white mosaic tile (Sausalito–they sell it at Lowe’s and Home Depot) and Jonny thought it was a bit of a pain to install it so things have just gone more slowly than we expected.  Painting began this weekend.  I tried to help with the painting on Saturday afternoon, but my shoulder quickly informed me that that was a very bad idea.  (I see the doctor this week.)  Jonny finished painting the walls himself today.  They are gray and beautiful.  I’m so excited.  I shouldn’t divulge any more details though if I am going to surprise you with anything.  I am terrible at surprises.  Okay, the name of the color is Ozark Shadows.  I grabbed a handful of gray chips from Benjamin Moore and then ultimately chose the one whose name I found most romantic sounding (and then had it mixed at Lowe’s because it’s cheaper of course.)  I am terrible at choosing paint colors and typically do a lot of staring and obsessing before finally choosing the wrong color.  I love the Ozark Shadows and do believe that from now on I will give more weight to the names of paint colors when making decisions given that it worked so well this time around.

I have been working a good bit on my sampler and have actually made even more progress since taking the photo above.  I had the treacherous thought at one point that I’d rather cross stitch than knit!  I am sure it was just my shoulder speaking.  I have been knitting a bit and am working on learning different ways to hold my working yarn, namely continental style versus my typical English style knitting.  I even tried to figure out the Yarn Harlot’s Irish Cottage knitting technique but couldn’t for the life of me figure out how to wrap the yarn around my fingers like she does.  I think in the long run things are going to be fine.  I have decided not to blame my injury on knitting, so that’s that.  I am blaming instead the blond headed baby in the slightly blurry first photo.  Really, he’s a toddler, but he likes to be treated like a baby.  I forgive him.

p.s.  For all you moms out there with picky eaters:  My oldest son Seth used to live on “chick” nuggets (vegetarian ones.)  He was my pickiest eater ever.  Saturday he was fed lunch by a friend of mine who is serious about eating a no sugar paleo type diet.  Seth ate liverwurst, black olives, a fried egg and then had black coffee (decaf) with coconut oil, cinnamon, and a bit of 100% cacao unsweetened cocoa powder.  I think the coffee made him feel grown up, but he said he couldn’t drink it all.  Anyway, there’s hope.  (not that coffee and liverwurst are going into regular kid meal rotation at our house.)