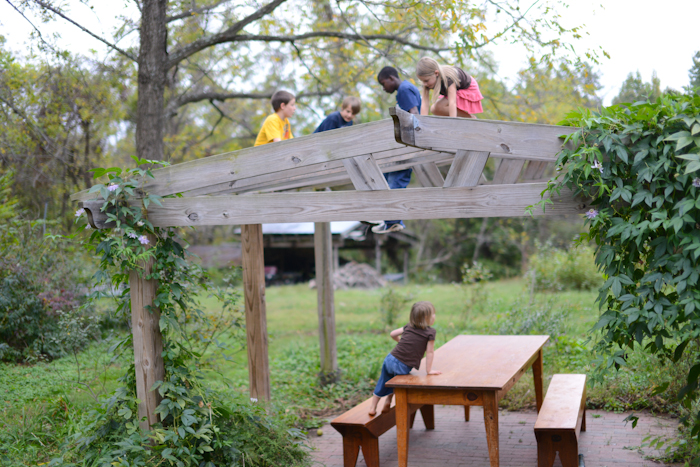 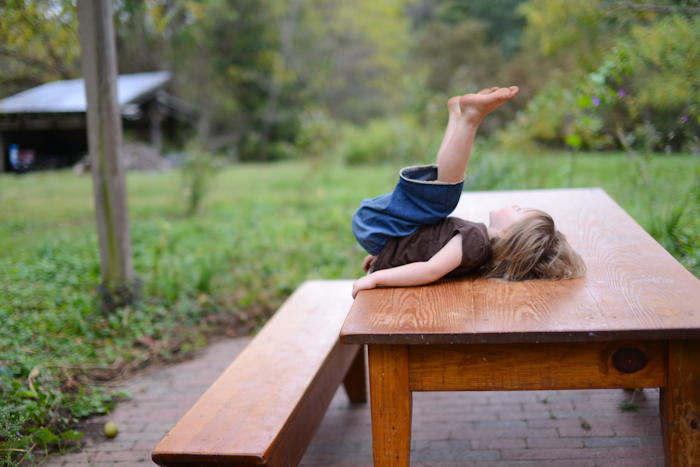 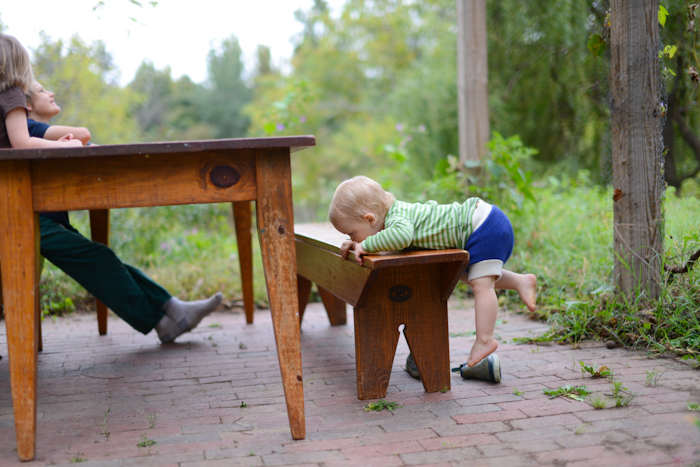 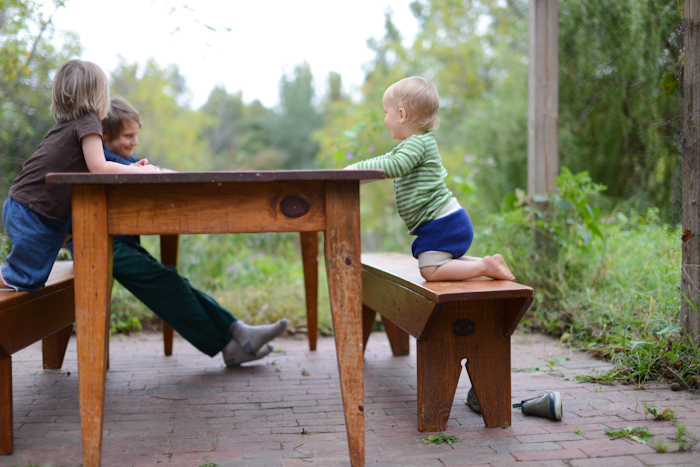 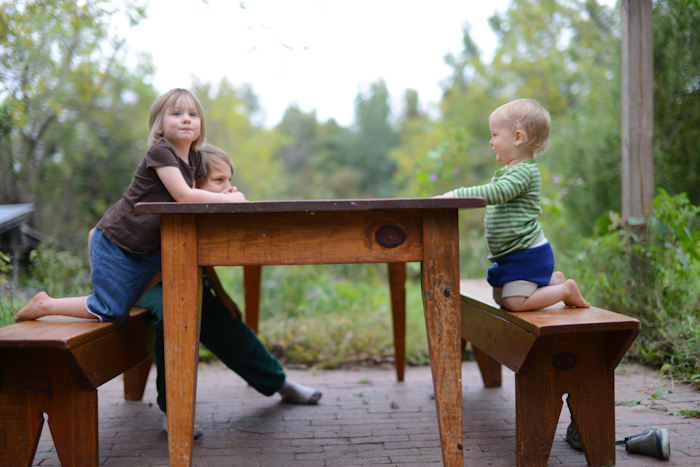 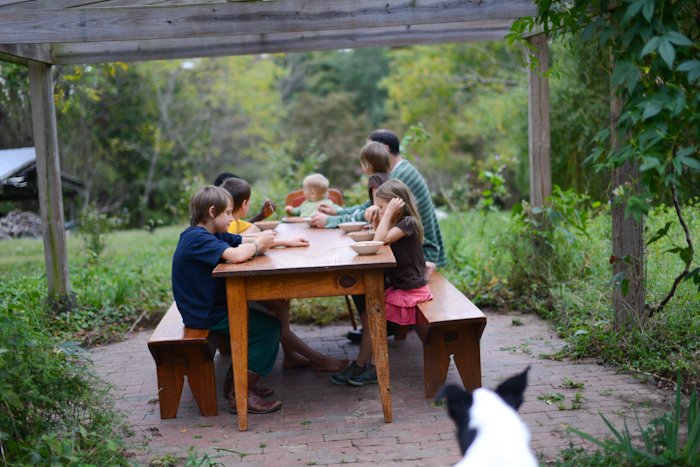 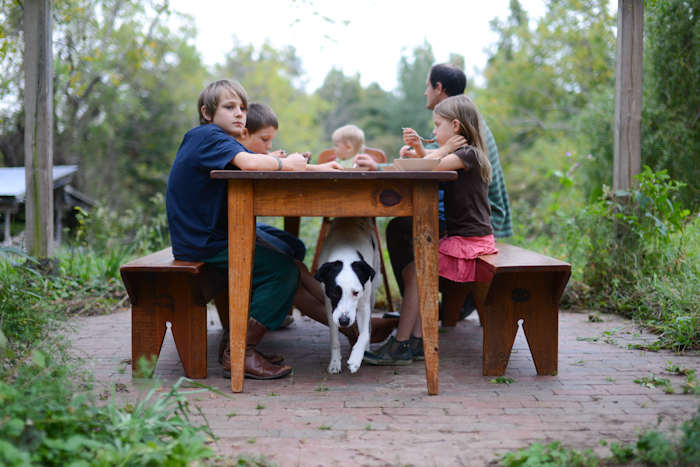 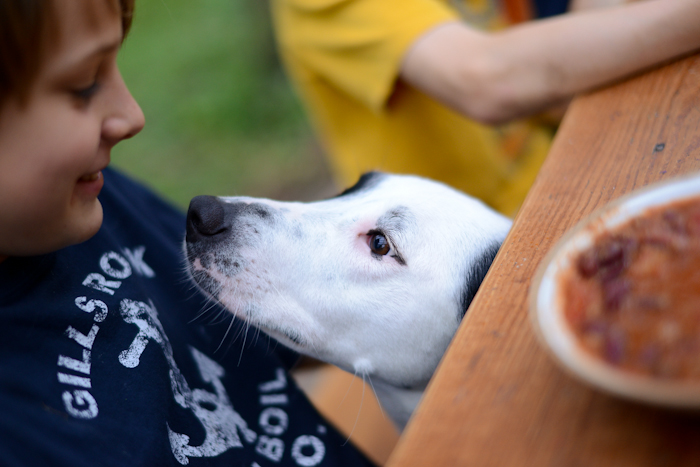 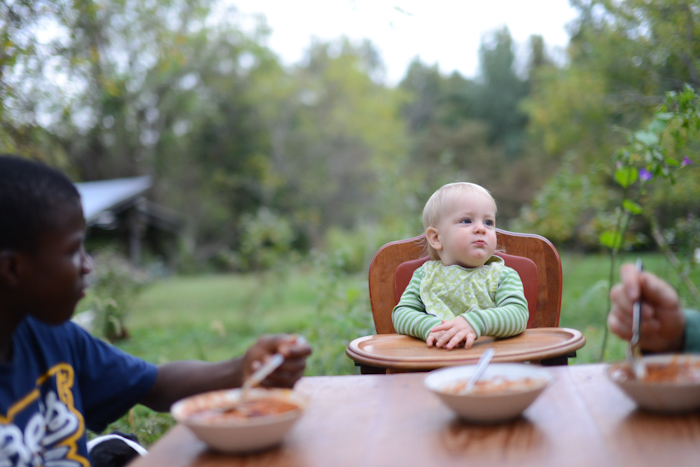 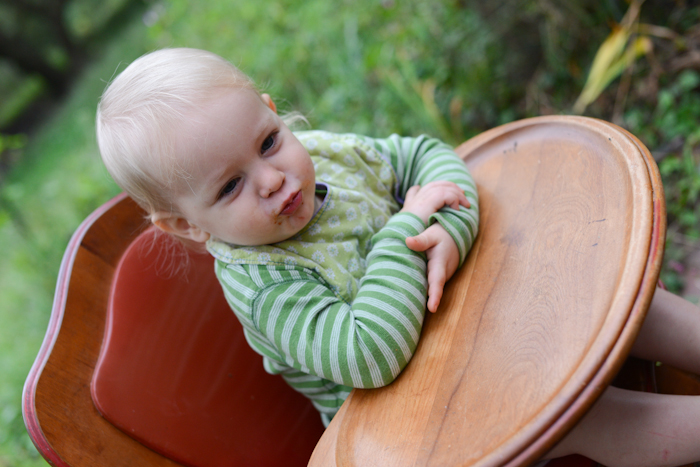 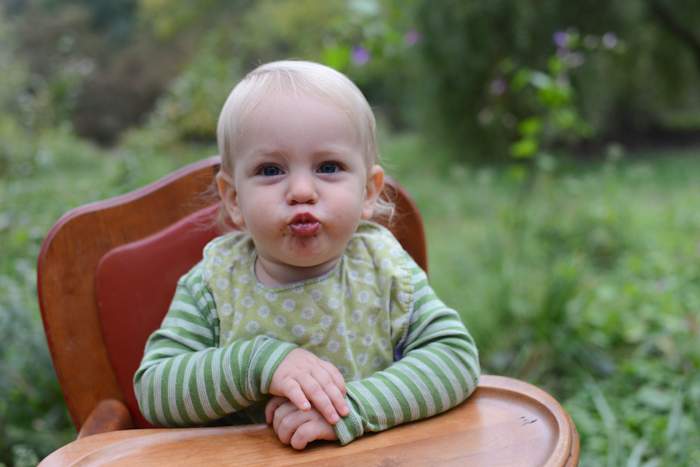 We wanted to do something special to celebrate the end of September and the beginning of October, but hadn’t planned anything.  So, Jonny and the boys carried our farm table outside and we ate our soup on the back patio this evening.

I don’t know if I’ve ever said so, and I am not one to name favorites, but October is my favorite month.  I’ll have to ask Jonny what his favorite is.  I am not sure if I’ll get an honest answer though, because we were married in October, so he might think that’s the right answer.

Okay, he answered, “December:  because December 3oth is the day I celebrate the birth of my favorite person.”

My birthday is December 30th.

I’m going to ask again, because I don’t think that was the truth…

He says, “I don’t know.  They’re all pretty nice if you think about it.”

He’s not doing very well.  He’s going on and on about why he likes this month or that one.  All he can come up with is that he doesn’t really love summer.  I could have sworn we’ve talked about this before and agreed that October is both of our favorites.  Anyway, I kind of think he’s forgetting our anniversary at the moment, because otherwise I am sure he’d say October.

Whatever the case:  we ate outside, the mosquitoes didn’t find us, and while it started to sprinkle minutes after the table was carried out, it passed without ever amounting to anything.

My kids have been experimenting with the word “ain’t” lately.  They don’t even know how to use it.  Larkspur just told me that she wants to knit a scarf.  I told her that scarves take forever.  With a mischievous grin, she responded, “Well that ain’t matter.”  I just raised my eyebrows.  The boys have to put twenty five cents in a jar on the mantle for the poor box at church every time they say it.  It’s not a big deal I know, I just don’t want it to become a habit.  I am, after all, their English teacher.

(That last photo is Silas’ fake pouty face.  His older siblings have taught him well.)