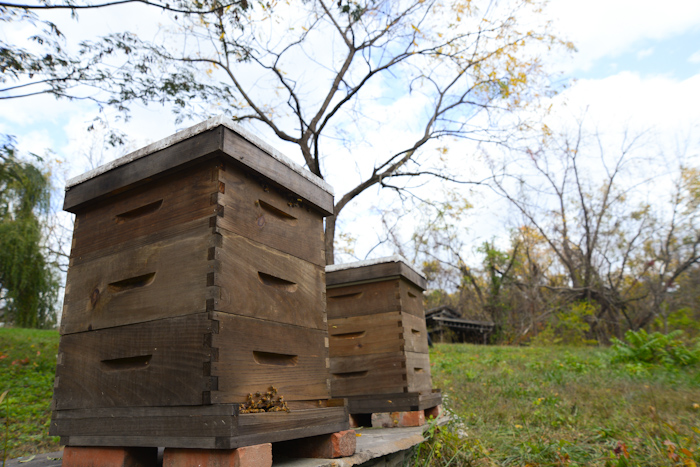 Well, something has happened to one of our honeybee colonies.  Candleford, to be specific.  I don’t expect you to remember the details, but do you remember when our other hive, Lark Rise, swarmed?  Ever since, we’ve been worried that our Lark Rise bees wouldn’t be able to build their numbers back up, and that they wouldn’t survive the upcoming winter.  (Lark Rise is the hive in the foreground above.) 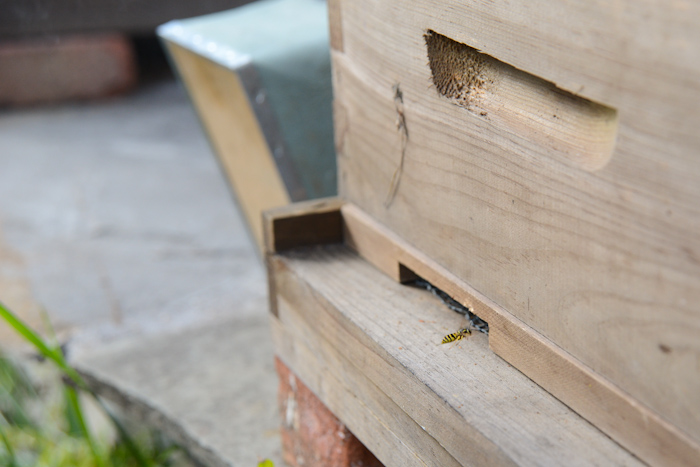 It turns out, we were worried about the wrong hive (or maybe we’ll lose both colonies before the year is out.  I’m a little pessimistic right now.)  A few weeks ago, we had no reason to be concerned with Candleford.  The hive was full of busy bees.  Everything seemed great.  Then about ten days ago, Jonny noticed when he was feeding them, that there didn’t seem to be as many bees in the hive as usual.  This was our strong hive though, the one we needn’t worry about.  So, we didn’t.

We had noticed a few hive beetles in both of our hives, and decided to open both of them up and place some hive beetle traps inside.  A few days later we went back to check on the success of those traps.  When we opened up Candleford we were shocked to find that there were hardly any bees inside.  There were frames packed with honey, but no bees.  We went down into the hive and found a cluster of bees and amongst them we spotted the queen.   We closed up the hive and over the next couple of days discussed what we should do, both realizing that there wasn’t really anything to do but accept that the colony had failed.  Over the weekend I walked down to check on the hives and noticed that yellow jackets were flying freely in and out of Candleford.  I knew that the end had come.  (Considering the fact that my eyes are filling with tears as I type this, I may be too darn emotional to be a beekeeper anyway.) 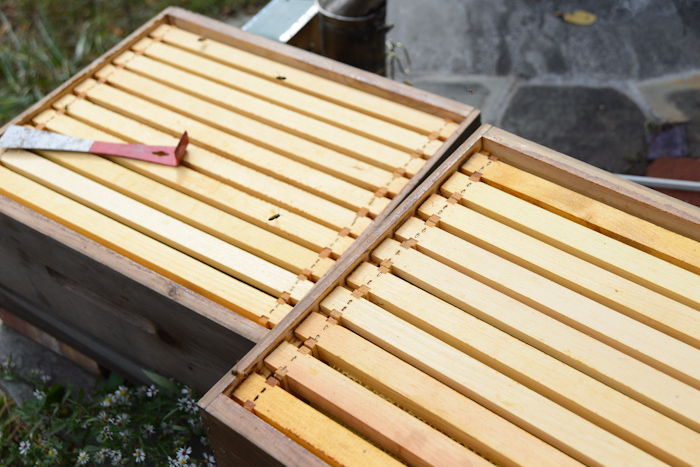 Jonny and I opened up the hive and went through every single frame.  Where did our bees go?  This time it wasn’t a swarm that left.  Our bees left because something must have been wrong, but we don’t know what it was that caused our strongest hive to fail.  There were no signs of disease that we could dicsern, but of course we are first year beekeepers.  We saw a wax moth, but no wax moth damage.  We saw some small hive beetles, but not that many.  We also know that Varroa mites were present in the hive, but not in high numbers as far as we could tell (we use screened bottom boards and saw mites on the board, but never on any of the bees.)  Jonny and I both know that to raise bees the way that we want to, our bees have to learn to cope with and defend themselves against a small numbers of all of these pests.  If they can’t do that (with minimal help from us,) then they will fail. 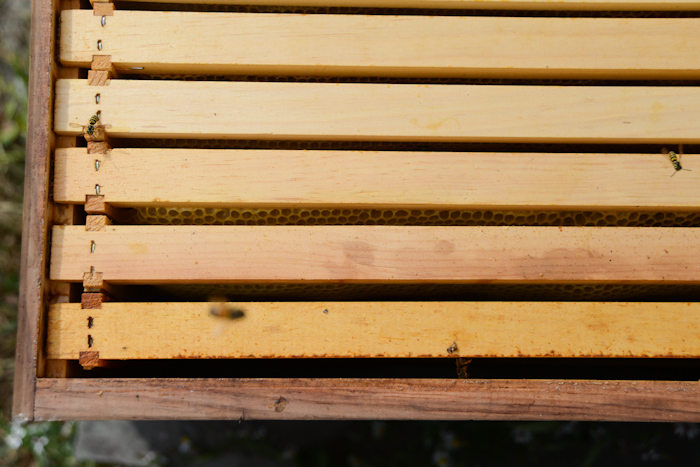 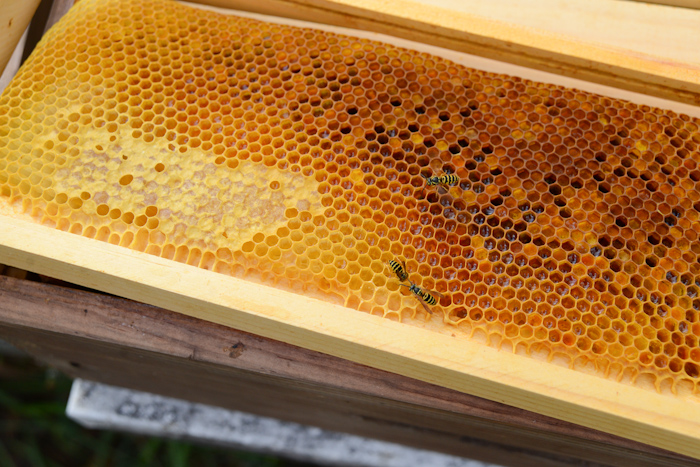 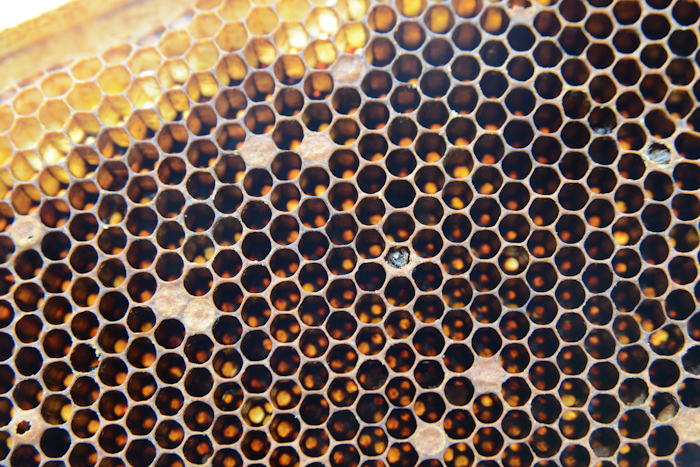 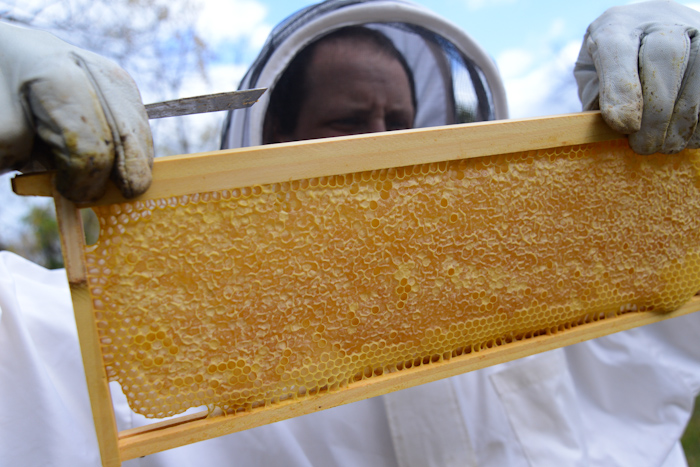 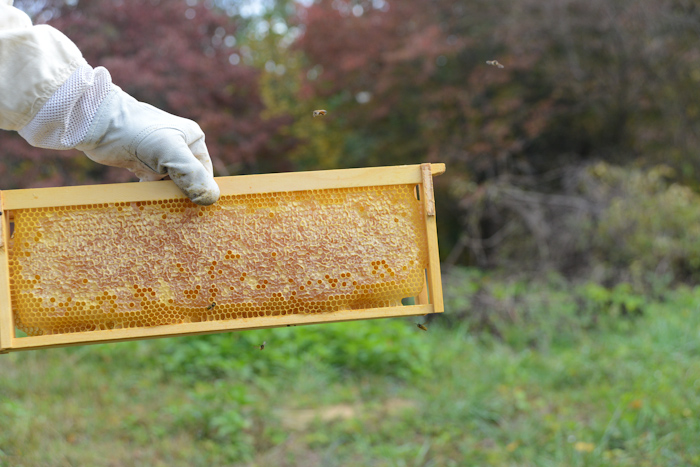 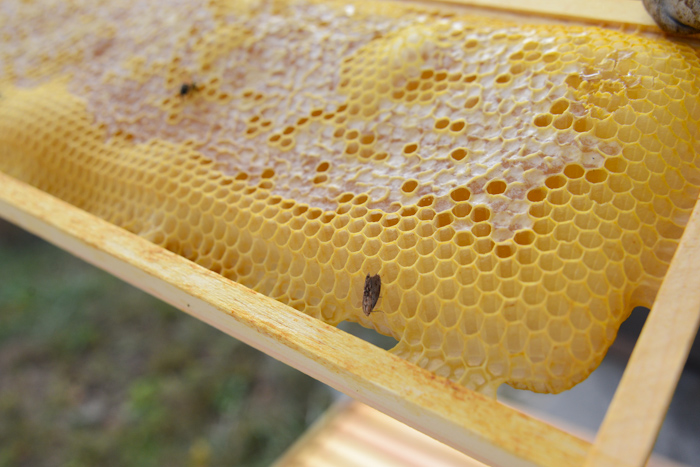 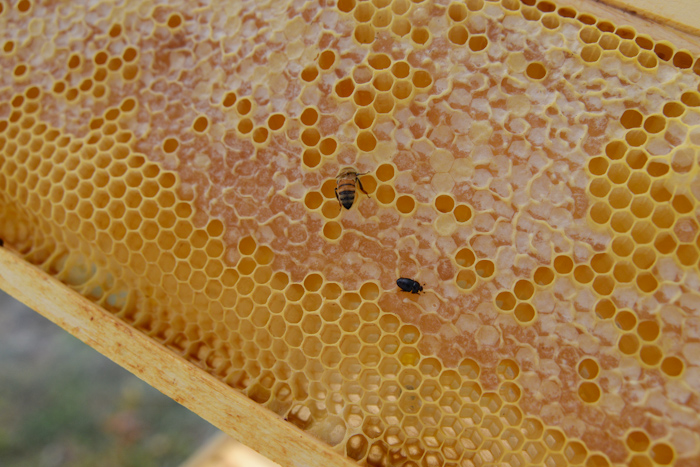 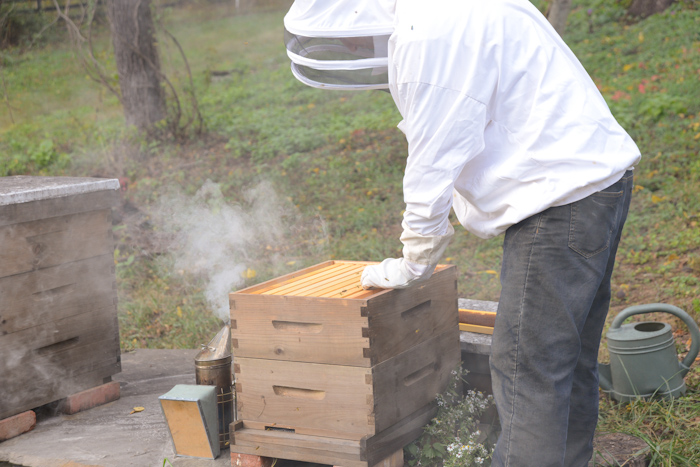 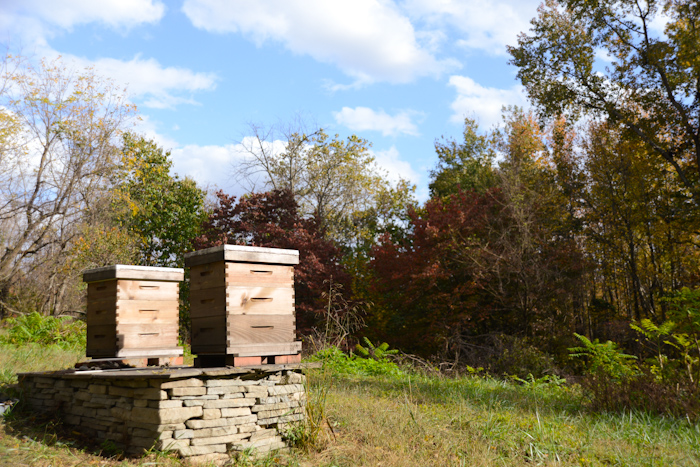 As of today, there is only one hive sitting on the honeybee “altar” that Jonny built. 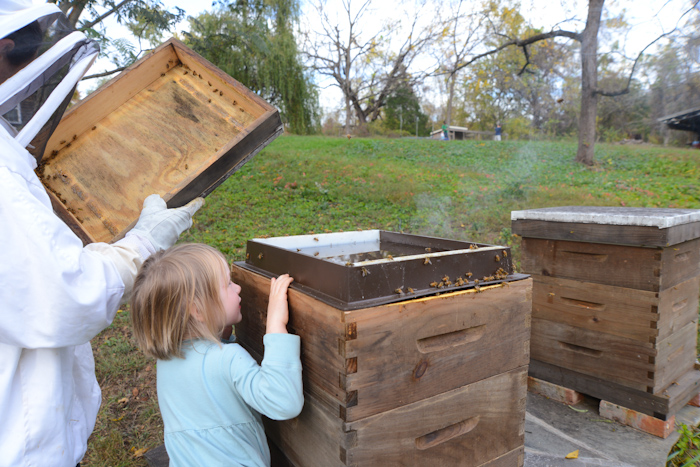 We’re keeping a close watch on Lark Rise, and hoping for the best. 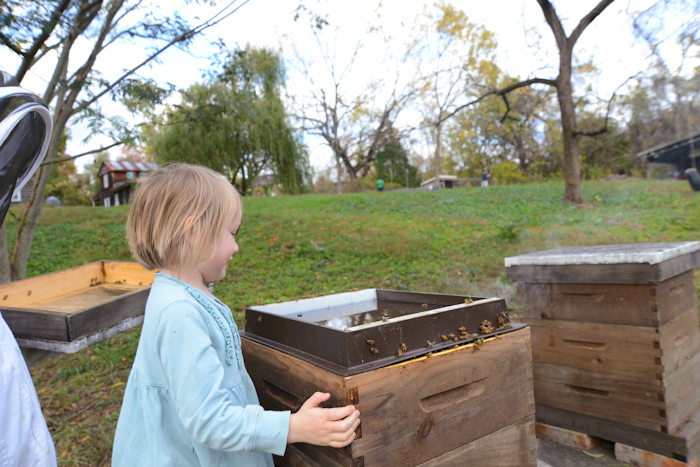 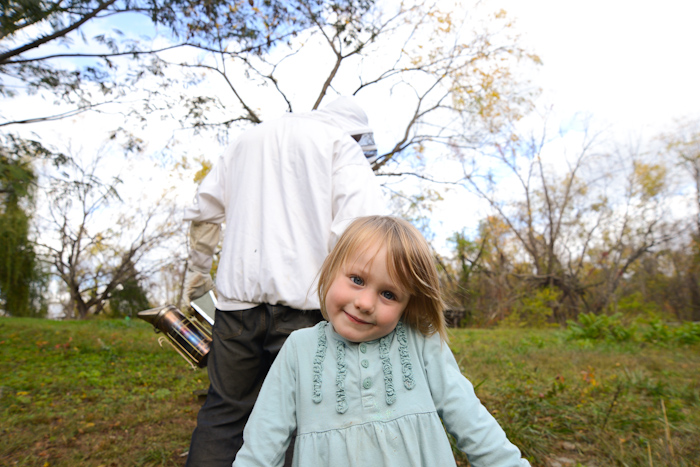 p.s.  Jonny isn’t the least bit discouraged and would probably want me to add that he hasn’t done any crying.  He doesn’t understand why I get emotional over insects.  Neither do I.