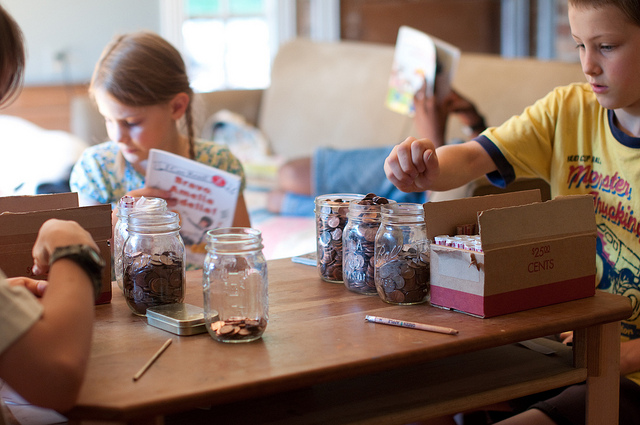 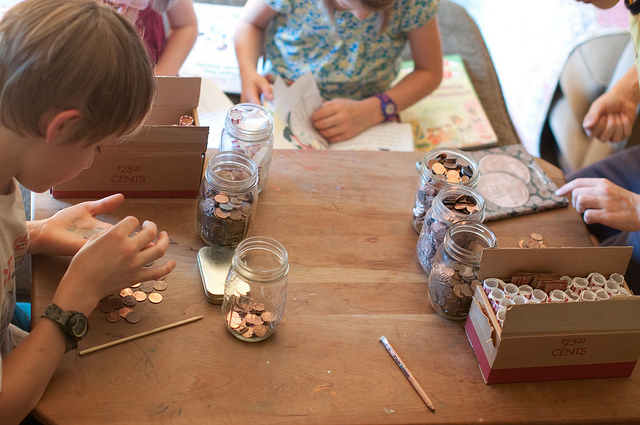 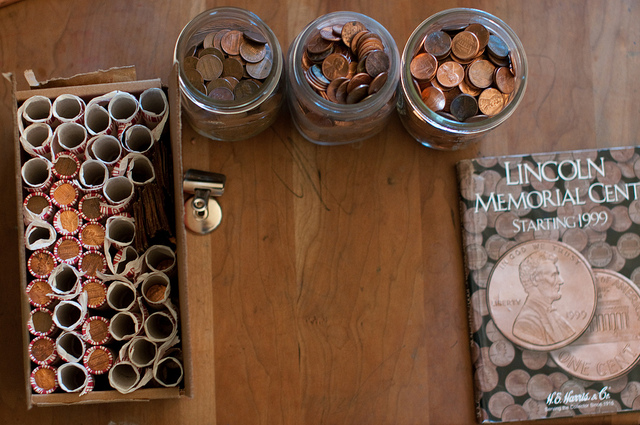 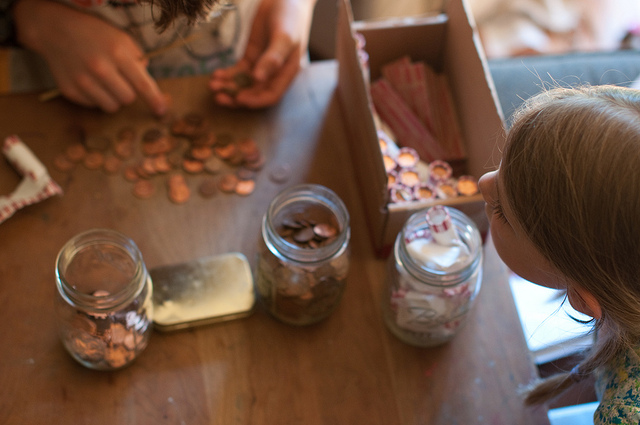 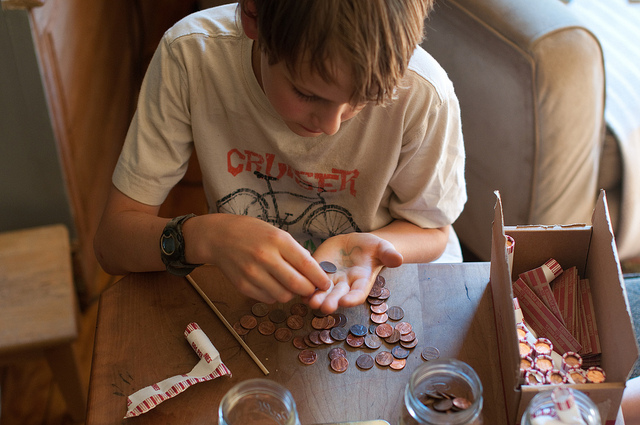 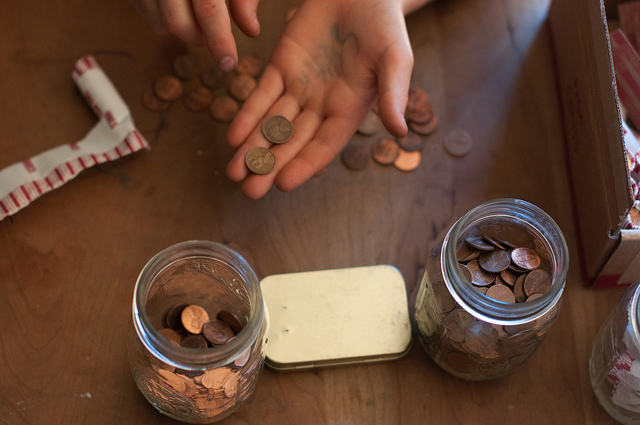 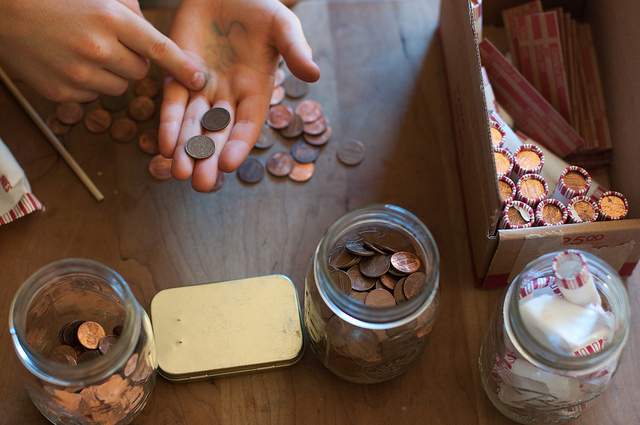 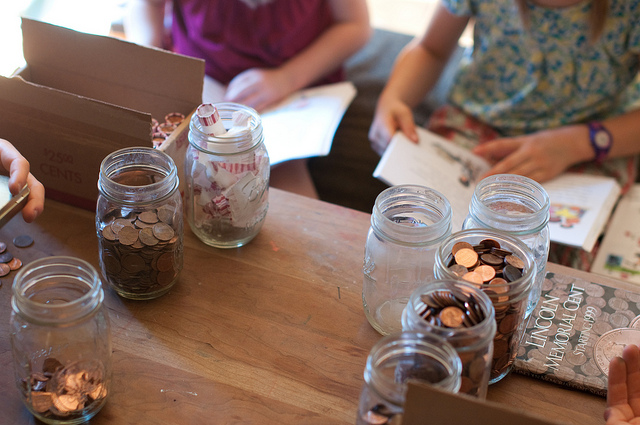 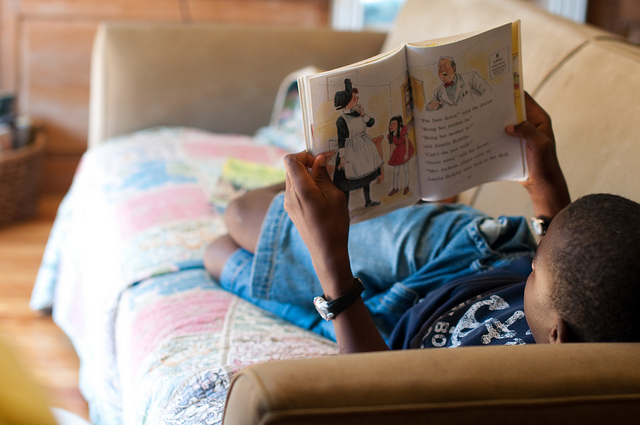 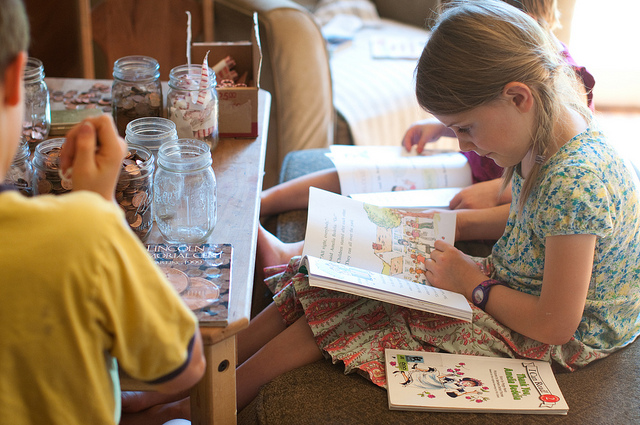 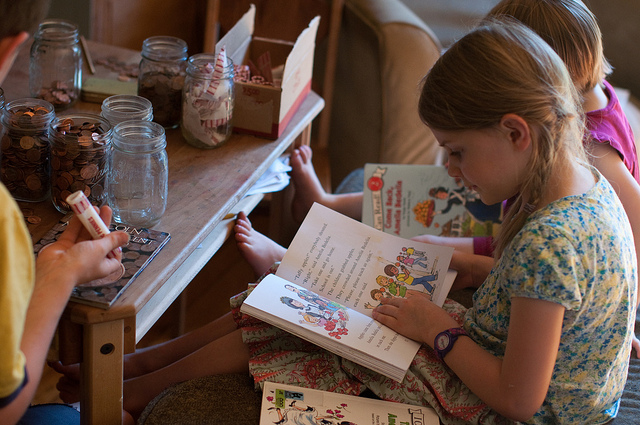 We’ve got a new craze at our house involving rolled pennies.

Seth is the resident expert, so I am going to let him tell you about this latest venture:

Okay, I will try to decode that for you.  Basically, pennies made before 1982 are worth over 2 cents in metal value, were it legal to melt them and sell them as copper.  It’s not legal, but people believe that pennies will be taken out of circulation someday and then it will be.  People do buy boxes of copper pennies on Ebay for close to melt value, planning to save them until they can be sold for their metal/melt value I assume.  Pennies made after 1982 are not even worth a cent in terms of metal value.  My kids are having fun just sorting their pennies, setting aside the “coppers” and “wheaties.”  All “wheaties,” also known as wheat cents, are made from copper, but are worth even more than melt value because they are collectible coins.  Wheat cents made between 1944 and 1958 are worth 3 cents, those made in 1943 or before are worth at least 10 cents.  This is the collectible value, not the melt value, mind you.  All the pennies made after 1982 are rolled up again and turned back in at the bank, while all the others are saved as treasures found.

Bottom line, this is a nice quiet activity, so I like it.  If you pick up a new bag of library books after stopping at the bank, you may end up with some kids quietly sorting coins, while others look at Amelia Bedelia, and it just might be an awesome hour or so if you time it all so that the baby is napping while the pennies are on the table.  (Penny rolls come in boxes of 50.  Seth and Keats each bought a box.  Gabe opted to spend his money on a slingshot that day instead.)

Looking for a cool birthday gift for an older kid?  How about a box of rolled pennies?  It’s a treasure hunt in a box.  Totally fun.