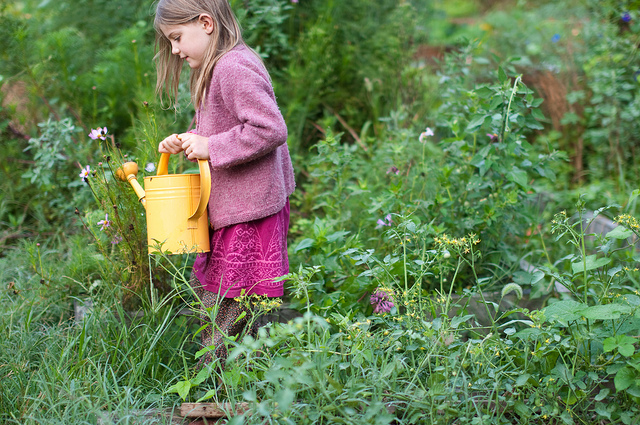 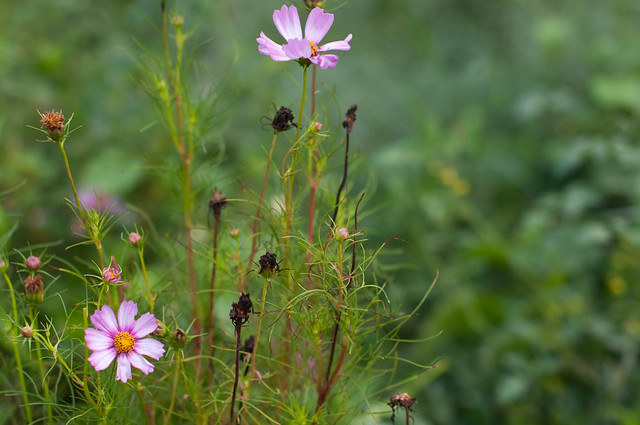 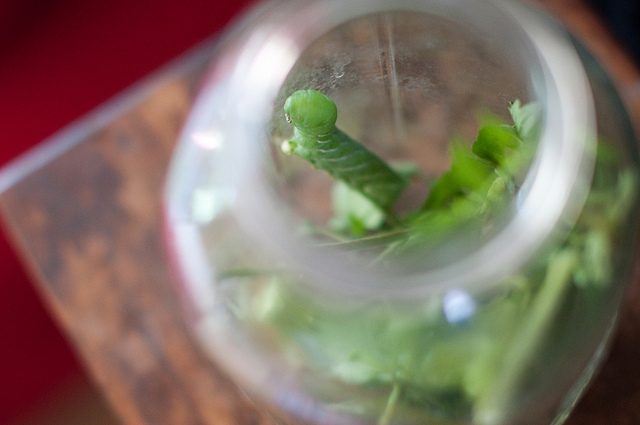 Working in the garden this week we discovered a tobacco hornworm devouring one of my tomato plants.  Logically, I thought it should be fed to the chickens.  It would have been fun to watch them run around and chase each other over it.  But apparently, I am raising a little one named Larkspur who bears a striking resemblance to me as a child, and she wants to save every thing that moves.  So, now Mr. (or Mrs.) Hornworm is residing in a jar and being fed my tomato leaves no less. 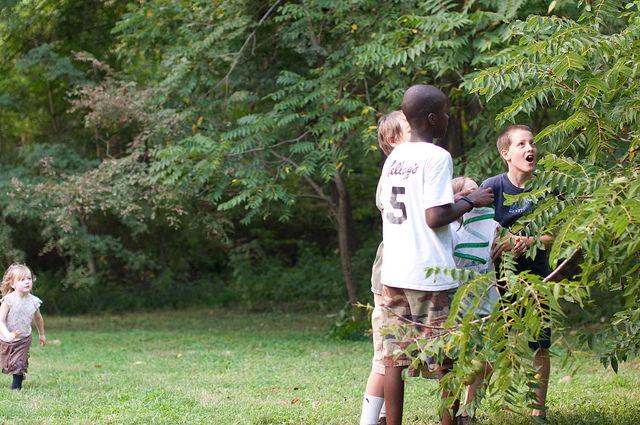 The discovery of the blessed hornworm in combination with a couple of books that have been read in our house lately (Terry and the Caterpillars for the younger set, and Seth read A Girl of the Limberlost) has led to a new pastime:  caterpillar hunting.  Both Seth and I have added this caterpillar field guide

to our respective wishlists.  His birthday is next month and mine’s not until December so he’s got a better shot at receiving it. 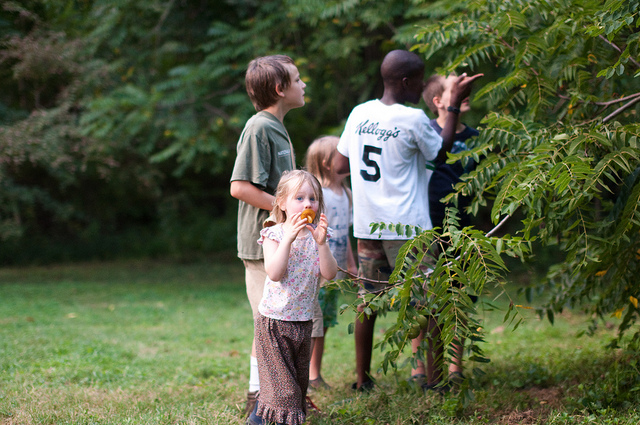 (We’ll talk about Beatrix’s new pastime as of yesterday in a minute.) 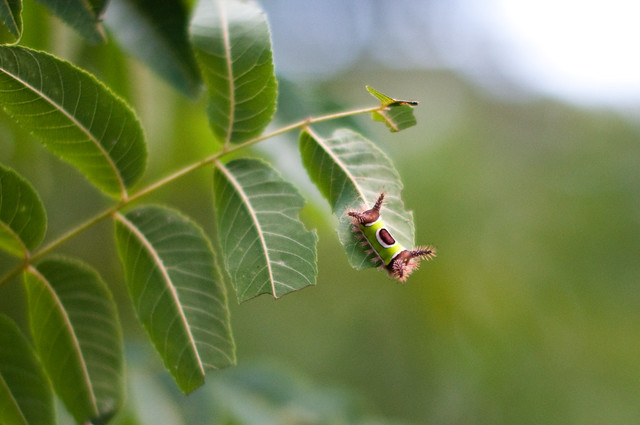 The first caterpillar found on yesterday’s hunt was this spiky stinging guy (it’s a saddleback caterpillar.) He was left alone.  According to Seth he turns into a boring little brown moth. 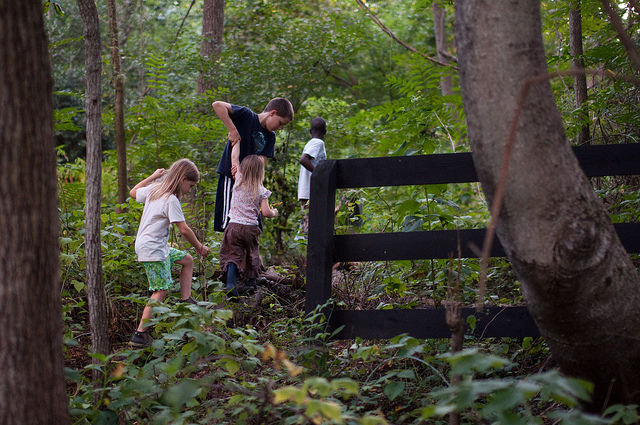 Seth made a list of caterpillars in our area along with what their food sources are.  That gives him and the other kids a place to start on their hunt, and also tells them what food to place in the jar with their captives. 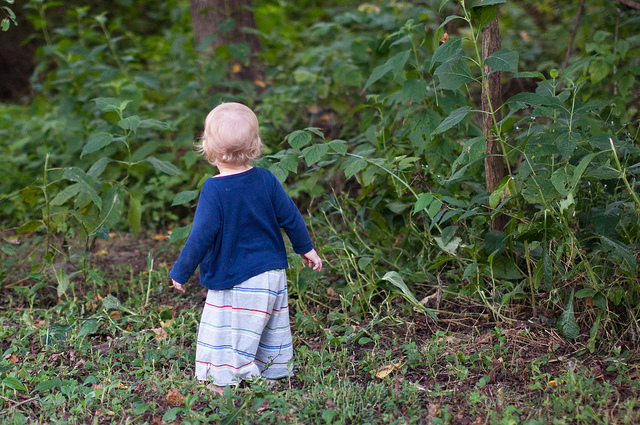 Silas wanted to go too, but I didn’t let him.  Photo included because of curls. 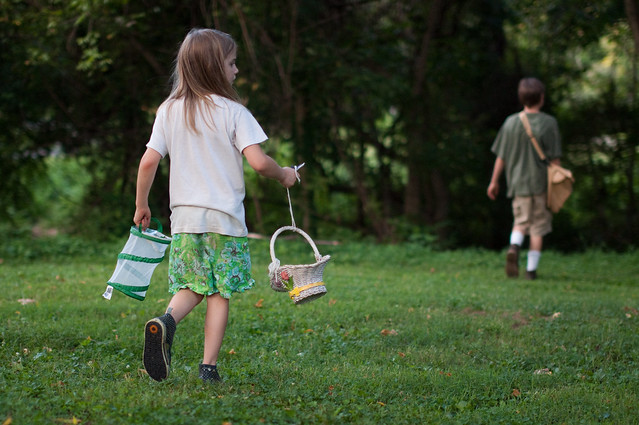 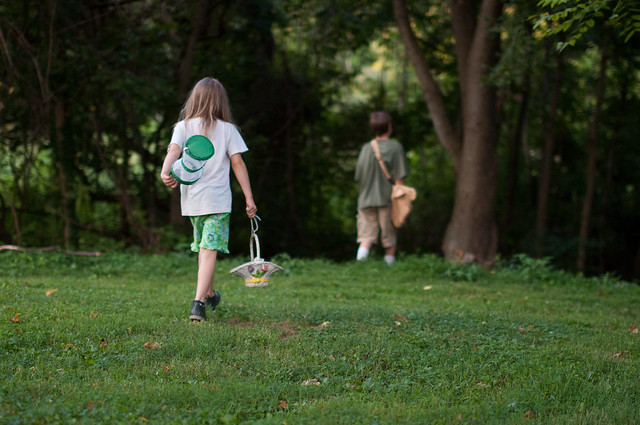 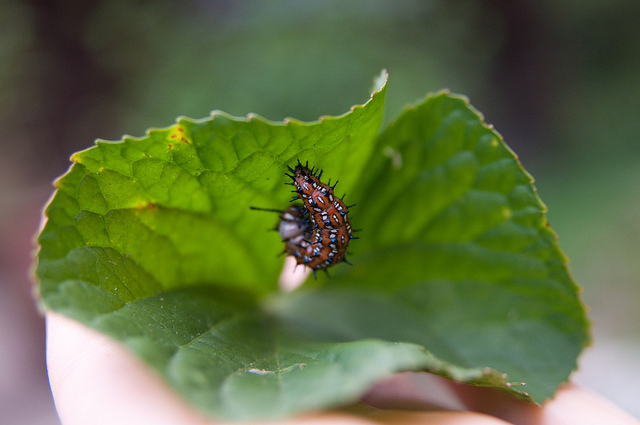 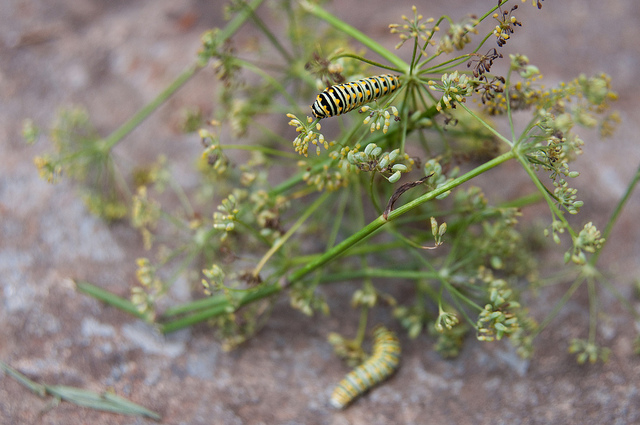 These are black swallowtail caterpillars.  We find them every year on our bronze fennel. 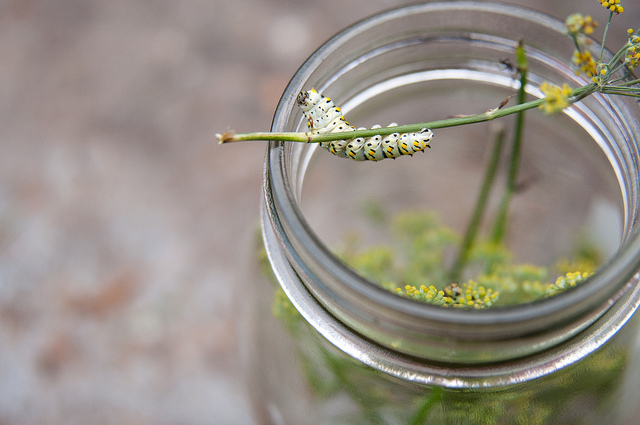 I guess the plan is to see these guys through their life cycles.  We’ll have to upgrade their facilities.  The jars won’t work for longterm. 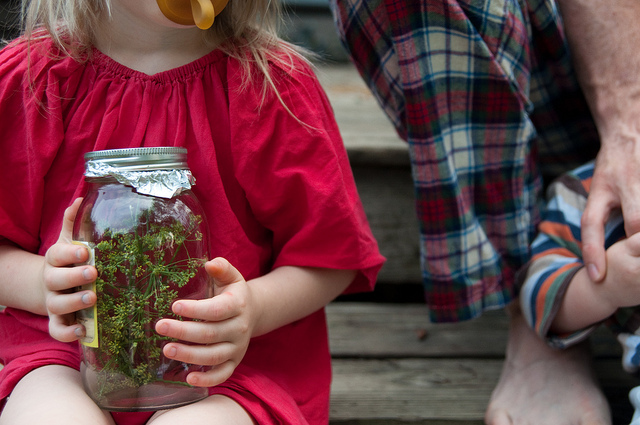 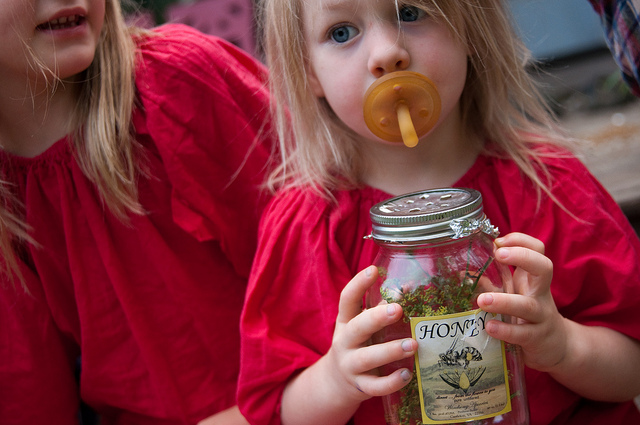 Beatrix discovered a pacifier yesterday that I bought for Silas when he was a little baby.  He of course rejected the paci, just as Beatrix did when she was a baby.  However, she wanted to give it a go, so I thought I’d let her, figuring there wouldn’t be any harm in it.  She’s nearly four years old.  Obviously she won’t make a habit of it, right?  But the reality is that her overnight attachment to this rubber thing is a little concerning.  She does tend to go to extremes.  The other children are taking delight in snatching it from her mouth which leads her to cry out, “Paci!!  Paci!!,” in a tortured voice, and gives me yet another situation to have to mediate.

When Beatrix woke this morning, she found the pacifier and popped it in her mouth again.  In her nurturing big sister voice, Larkspur stated that Beatrix looks really cute with the pacifier in her mouth when she first wakes up and has sleepy looking eyes.  Oh, well then, we should let her keep it then.  It’s all about looks right?  No…the other way around.  I better take it before the problem grows.  This is after all the child I weaned at age two, only to have her take it up again months later when Silas was born and continue to nurse until she was three and I was losing my mind.