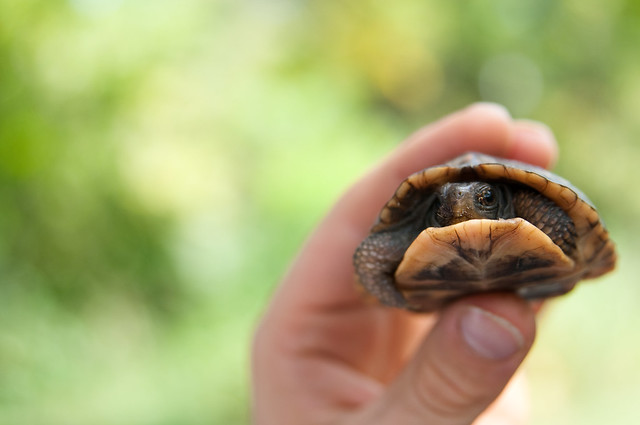 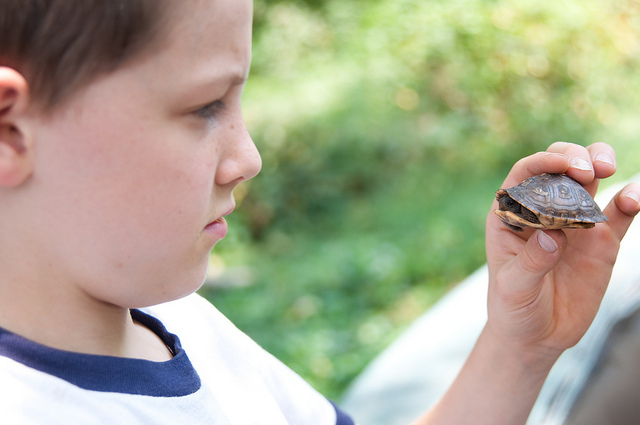 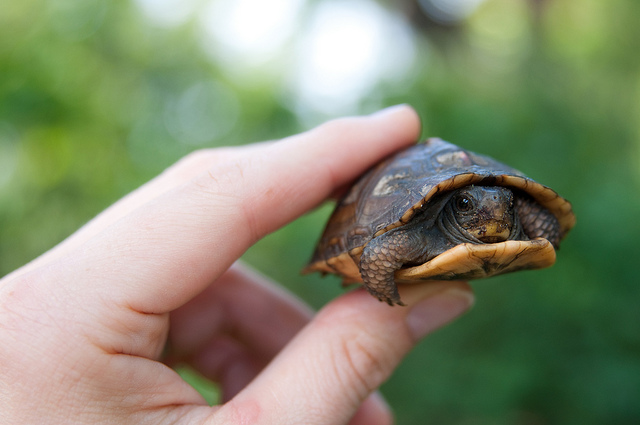 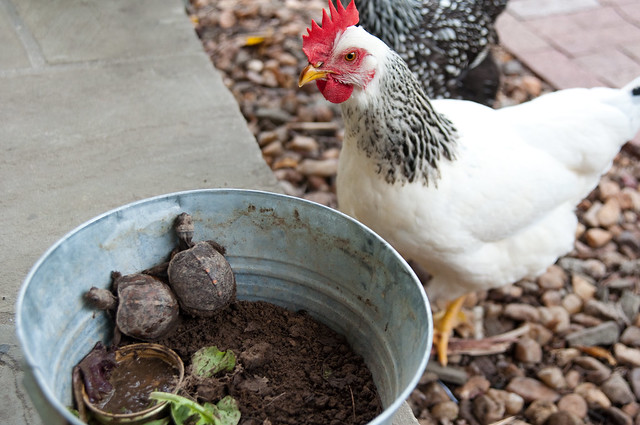 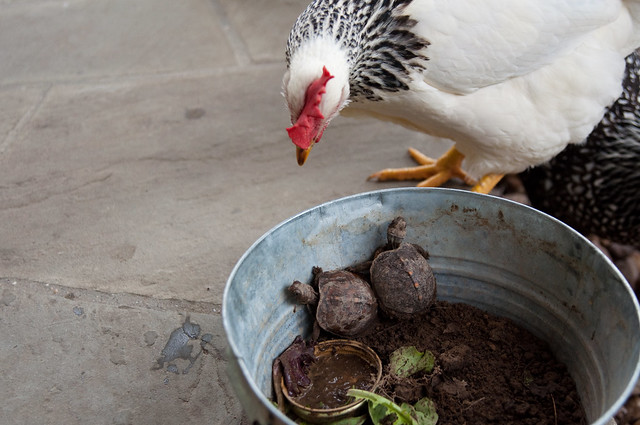 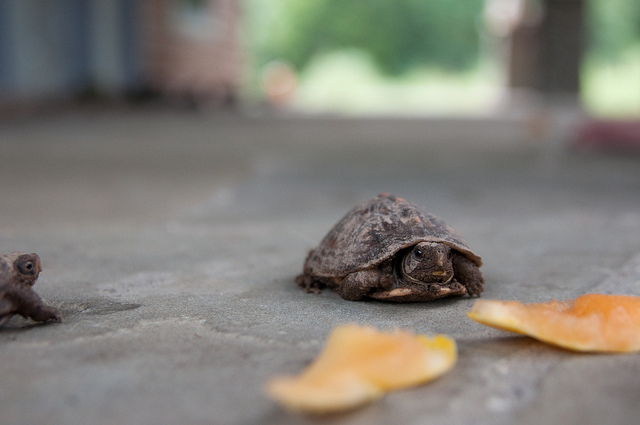 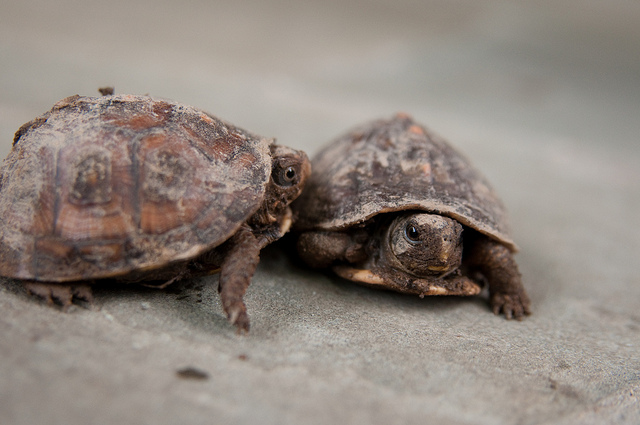 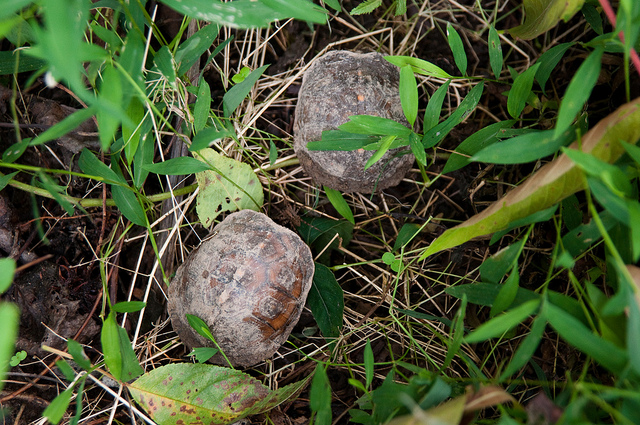 Nearly one year ago to the day that we released two newly hatched baby box turtles in our backyard, the boys discovered none other than two baby box turtles in our backyard!  These were in the same area where we released the two last year.  Coincidence?  Surely not!  Last year we found three (I think?) reptile eggs in our backyard and decided to bring them inside and let them hatch because we wanted to know what kind of eggs they were.  They turned out to be box turtle eggs.  The first hatched and we released it before the second two hatched.  We briefly considered keeping the second two because sometimes keeping them through their first winter, allowing them to get just a little bigger, will give them a better chance at survival.  Ultimately we stuck with our policy not to get too involved and let them go within a few days of hatching.  I guess they survived!  Once again we talked about how cute they are, but only kept them for a day before releasing them into the woods behind our house.

In other news, Carina Spencer is hosting a pattern sale.  If you enter the code “FB33” at checkout you will receive 33% off your purchase.  I bought ZuZu’s Petals, Dovetail Cowl, Whippoorwill, and Faraway, So Close.  Three out of four of those patterns have been sitting in my Ravelry queue for some time, so it seemed reasonable to buy them while they are discounted.  The discount code works if you checkout through Ravelry too, and it should be good for another few weeks.

Also, Annie is hosting a back to school special for Alphabet Glue.  Enter the code “school” to receive 20% off.  That means that you could purchase all eight issues of Alphabet Glue for less than 25 dollars, which is awesome.

And finally, I continue to receive emails inquiring after my friend Laura‘s son Truman.  Thank you so much for caring.  He has made a full recovery!  (for those that don’t know, one year old Truman drowned a couple of months ago, but was resuscitated and survived.)  You can read more details on Laura’s blog, and get a peek at their brand new baby girl!

Thank you so very much for all the kind and encouraging words about my sweater design!  See you tomorrow for Yarn Along!