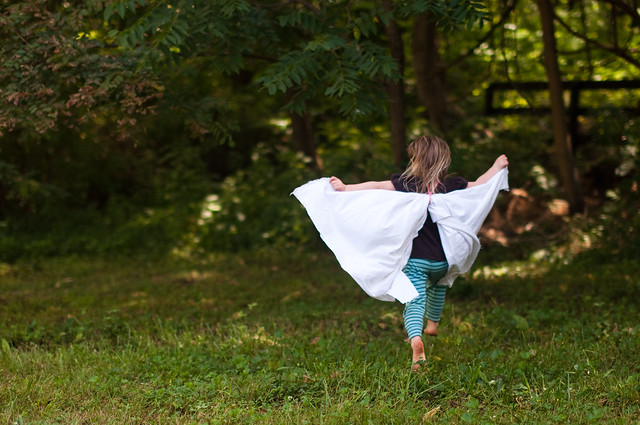 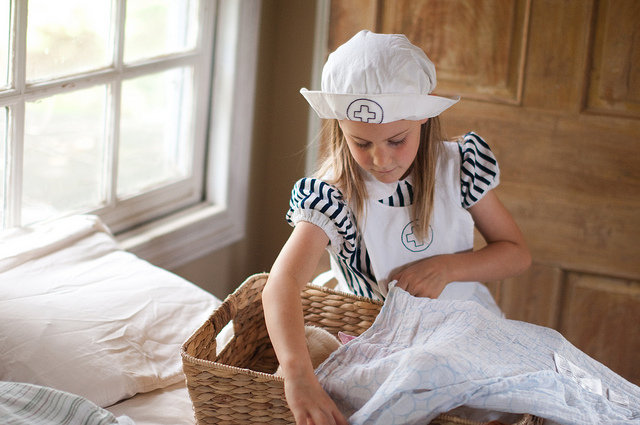 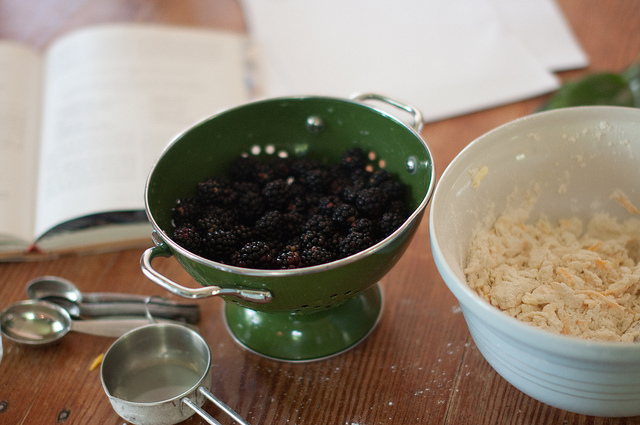 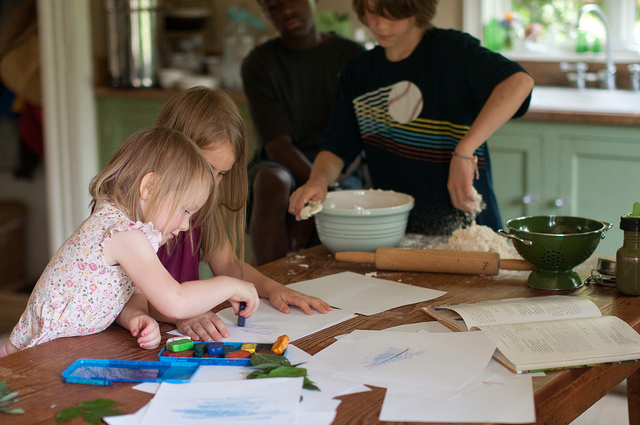 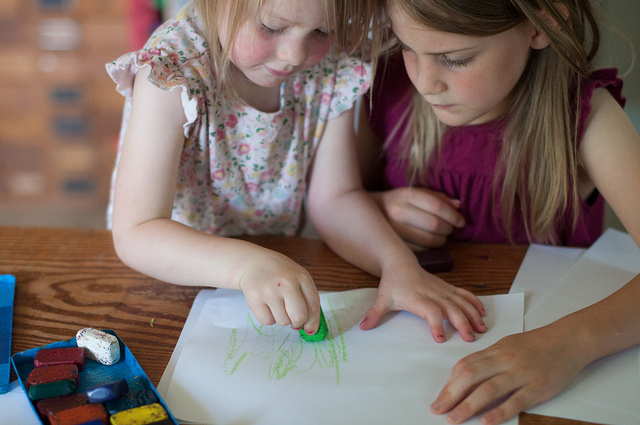 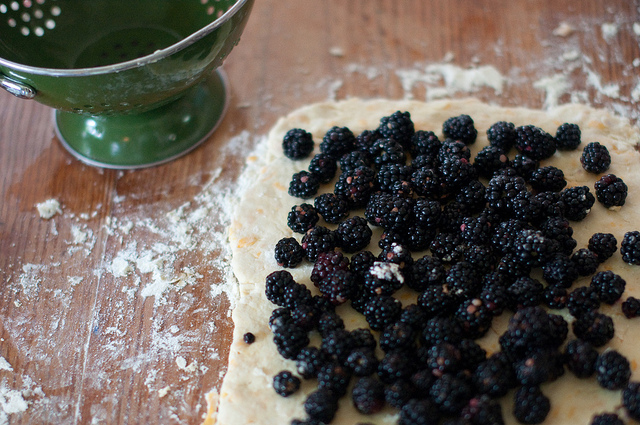 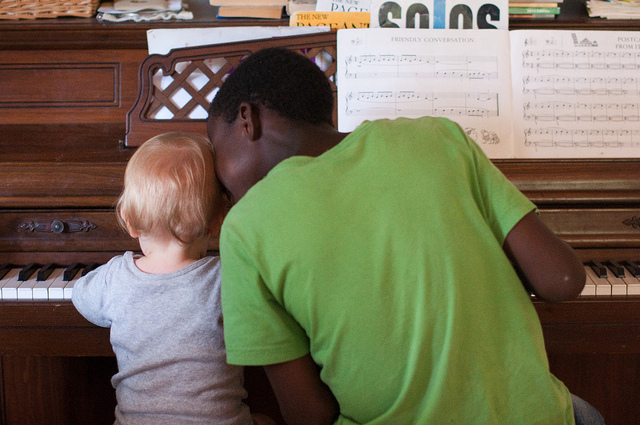 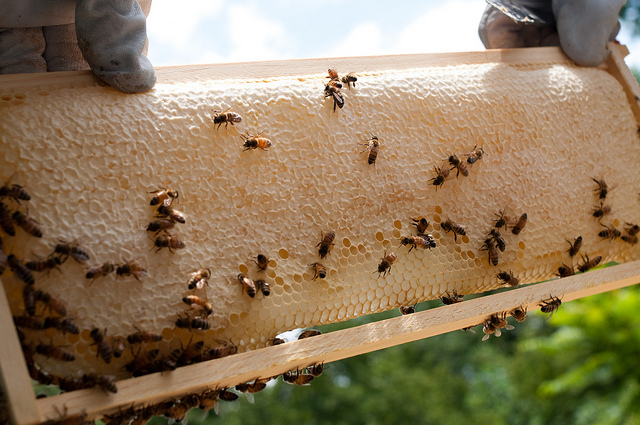 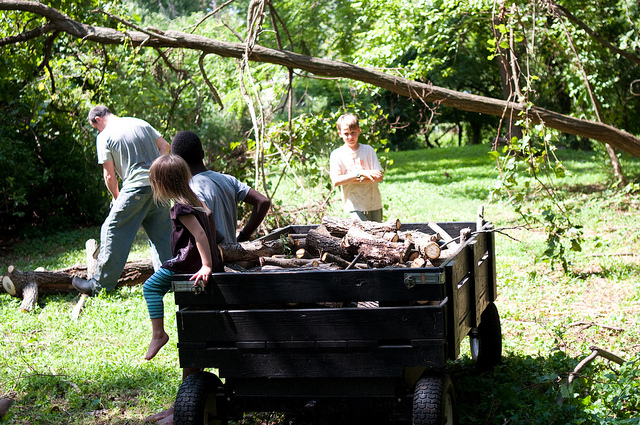 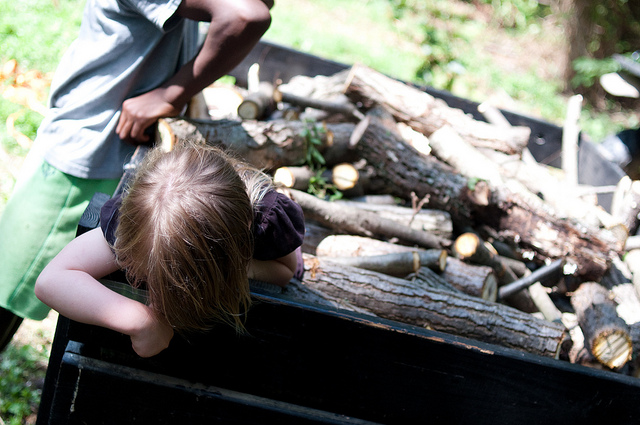 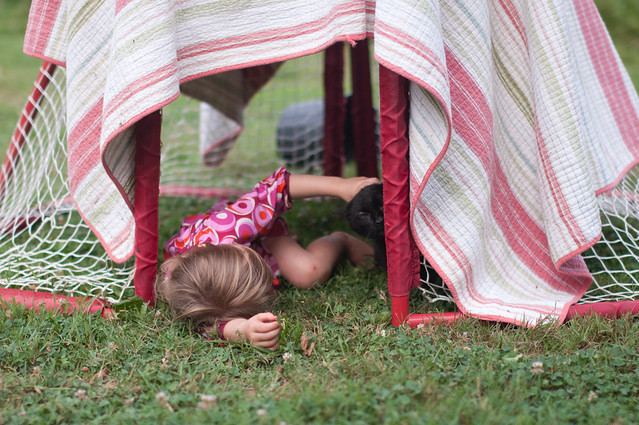 I was supposed to spend this weekend making chore charts of some sort.  On Saturday everyone (well everyone but Jonny and I) woke up on the wrong side of the bed, so instead I cast on a new knitting project.  I’ll work on the chore system next weekend.

Our blackberries are ripe.  We ate our first blackberry roll, and I promised to make another one today.

Larkspur has her first loose tooth.  For some reason this really threw me.  She is going on six and a half though, so I am not sure why seeing that adult tooth peeking through shocked me so much.

Jonny and the boys are making progress cleaning up the yard.  I am feeling much calmer about the whole situation.

We’ve mostly been ignoring our bees, but over the weekend we decided to open them up and see what they’re up to.  They seem allright (not that we know what we’re doing) and it looks like they have made some honey.  It’s not for us though.

Back to that new knitting project though:  I’ll show you on Wednesday.  (I know Mom, not everyone cares about knitting.)  (She has to remind me sometimes.)

p.s.  In case anyone is wondering about Larkspur’s nurse outfit: here’s the post about that.