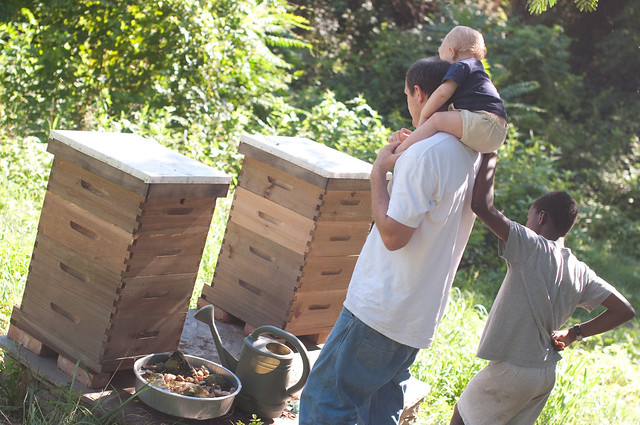 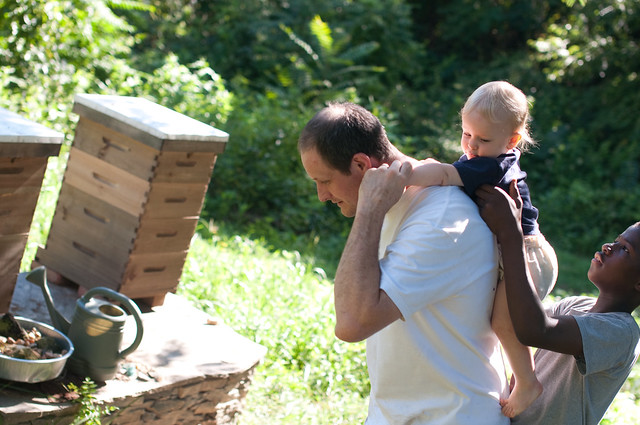 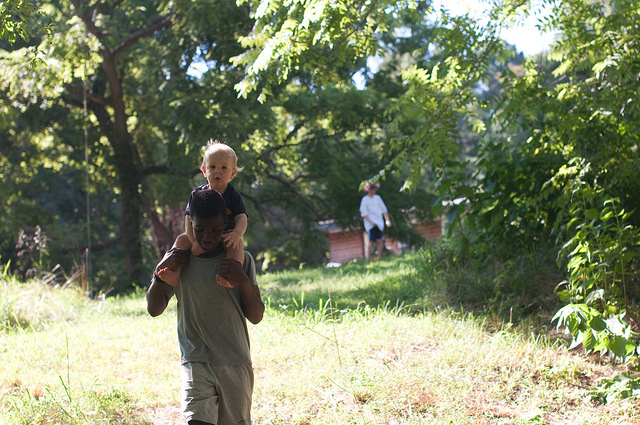 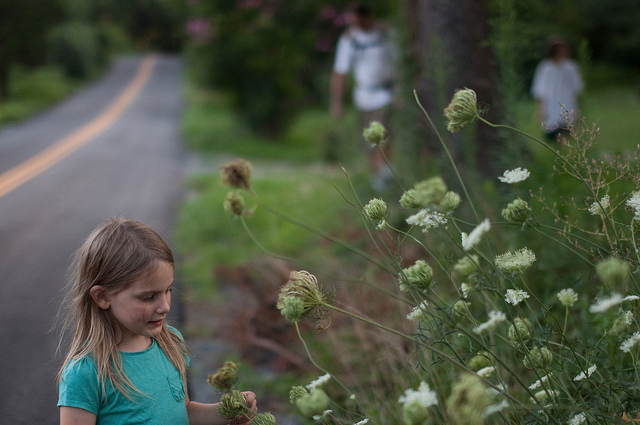 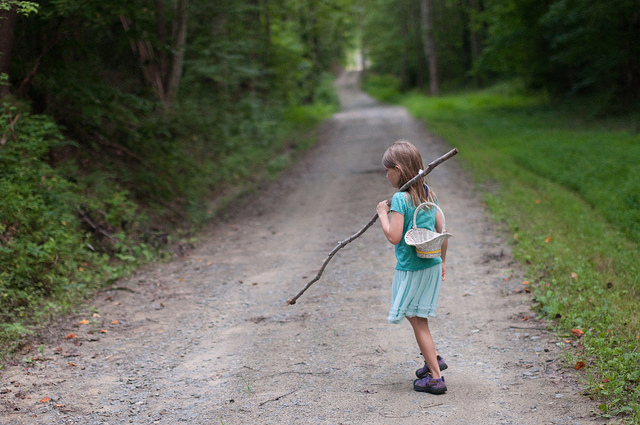 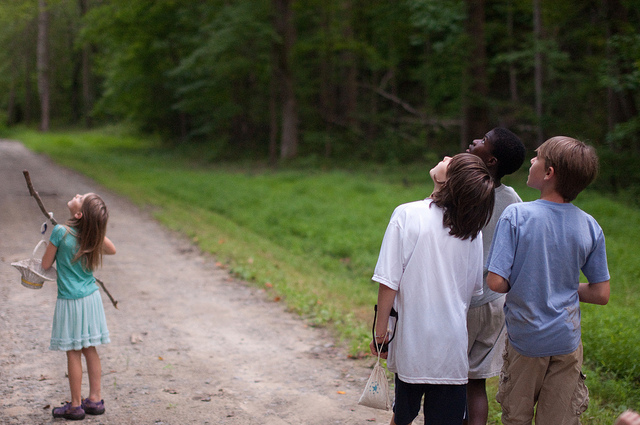 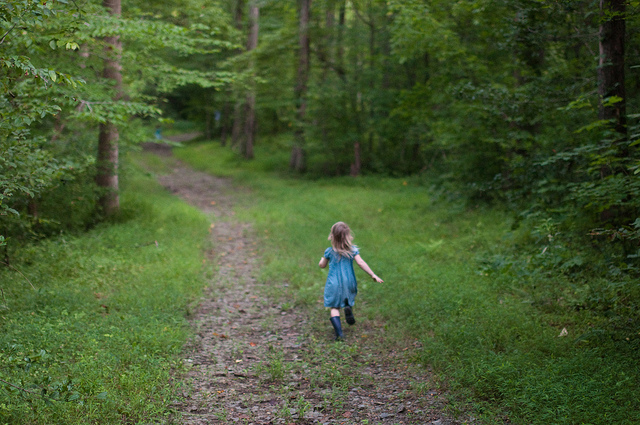 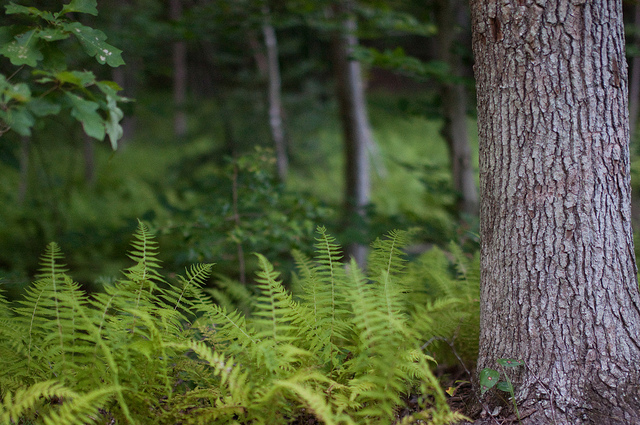 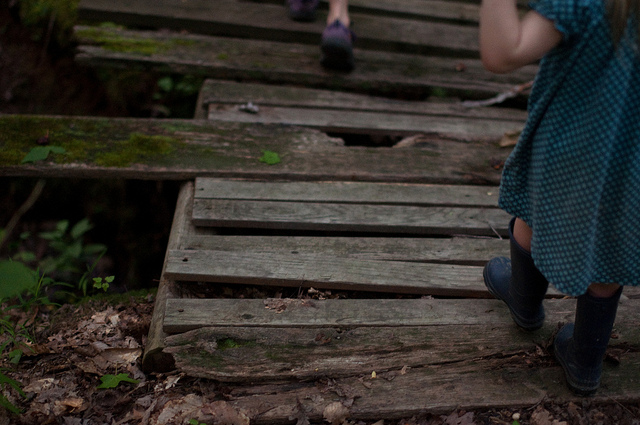 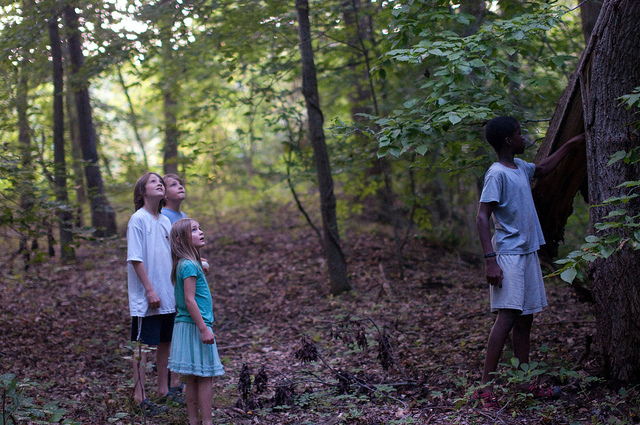 The past week has been a strange one.  It’s funny how a few seemingly minor events can throw everything out of wack.  It all began the day after we visited Big Meadow.  The following morning, Seth came inside from letting the chickens out into the yarn and asked, “Where’s the rooster?”  We looked and looked for him, but he was gone.  We had returned late the night before and didn’t do a proper head count before locking the chickens up for the night.  Something must have taken him while we were gone.  We have every kind of wild animal you can imagine here, even bald eagles.  There’s no telling what took him.  And while I never wanted a rooster as part of this flock, this guy was showing no signs of aggression and was developing into a really beautiful bird.  I enjoyed hearing a rooster crow throughout the day again, and was pleased with him in general.  I wandered the woods searching for signs of foul play while fighting tears.  Nothing.  He just vanished.  Our neighbor claimed that he heard him crowing that first morning around 4 a.m. in the woods.  That didn’t make any sense, but we looked anyway, trying to dismiss the fact that our neighbor is usually drunk and probably had his mornings mixed up.  At any rate, it’s over and done now, he’s definitely gone, and really I was the only one upset.  I have to confess that as sad as I was at first, I am much more relaxed with just the hens.  We’ve been keeping a close eye on them, and so far we haven’t seen any sign of what took our rooster.

Moving on to the bees.  The swarm left on Tuesday evening and we haven’t seen them since.  I know it’s silly, especially considering that we are surrounded by forest in all directions, but we’ve been looking for them.  Wednesday evening we took a long walk on the neighboring property looking and looking.  We asked our neighbor if he had seen our bees, explaining that they left in a swarm.  He assured us that they would be home by dark.  I am giggling at the memory.  Hopefully our bees found a nice place to live.  We will try not to think about the fact that it is probably too late in the season for them to store up the honey they would need to make it through the winter.

I spent some time chatting with a new friend on the phone this week and got lots of advice on how to move forward with our two hives (thank you Karen!) Jonny and I spent well over an hour moving things around in the hives, and added a fourth super to each.  While the eggs we saw a few days ago were probably laid by the old queen, we saw new eggs in Lark Rise on Wednesday, evidence that the new queen has already begun to lay.  Because we just installed our package bees this year, we are feeding them to make sure they have enough food stored to survive the winter.  Had we caught the swarm, that would have been one more colony to feed, and really it’s expensive, so probably for the best that we didn’t manage to catch them.  We’re sad anyway.  It feels like a loss.  We’ve learned so very much in this process though, and that part feels good.

In terms of our kids and their reaction to the disappearance of the rooster and the swarm of our bees:  they are far less emotionally attached than Jonny and I.  That much is clear.

Without the rooster’s influence, some of our hens are now trying to roost in the cedar tree next to their coop.  We came home from our bee hunt to find four of them high in its branches.  Silly birds. 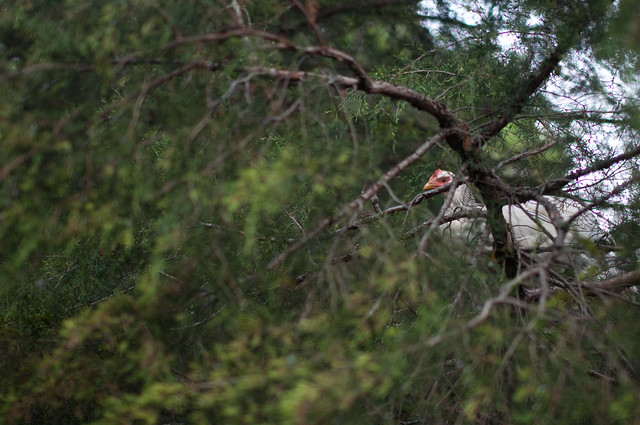 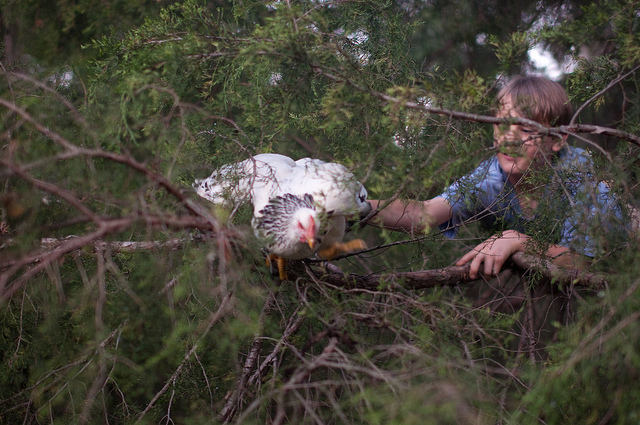 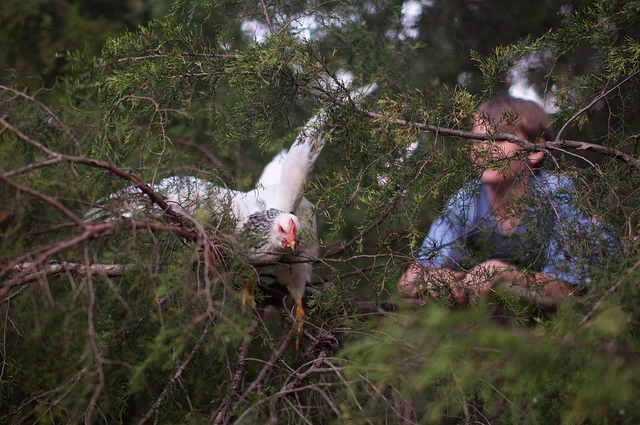