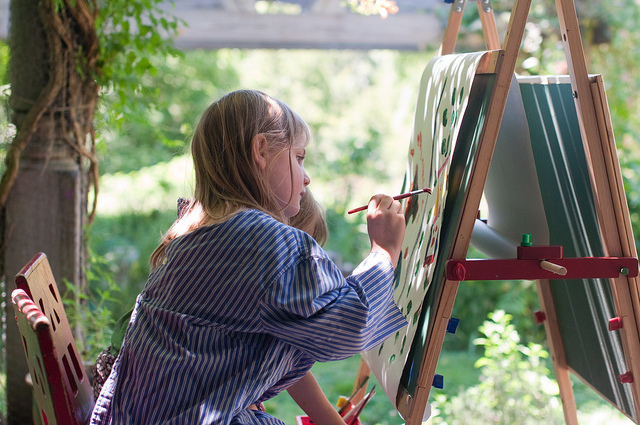 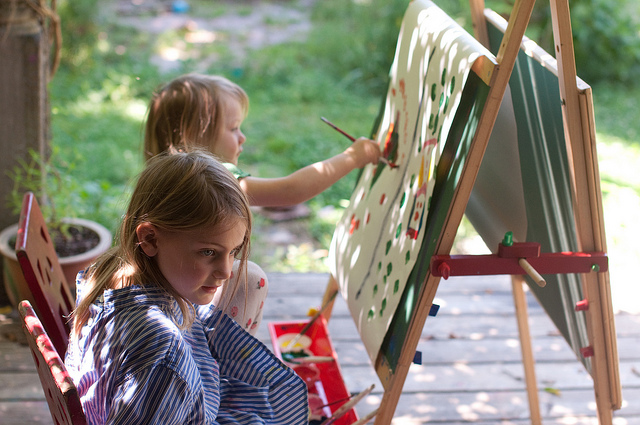 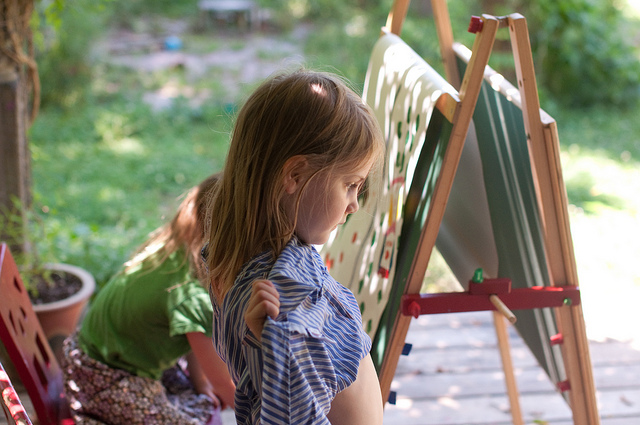 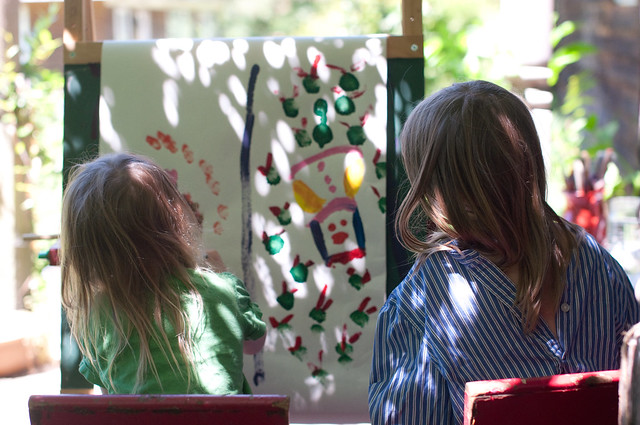 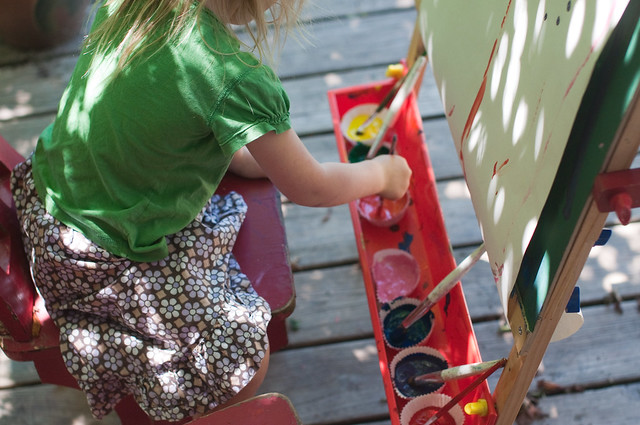 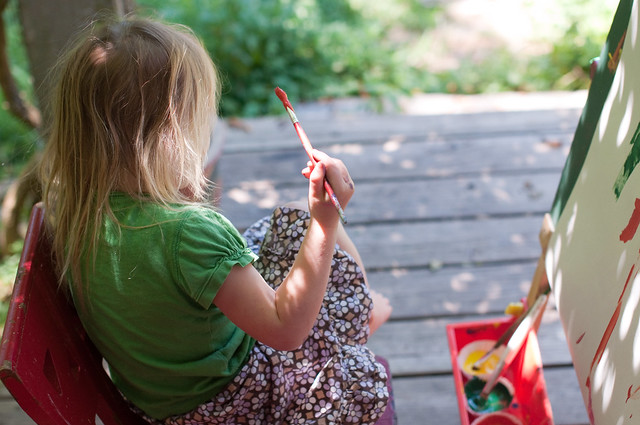 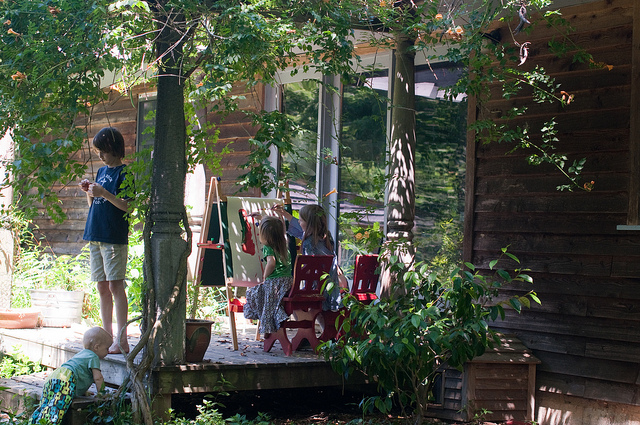 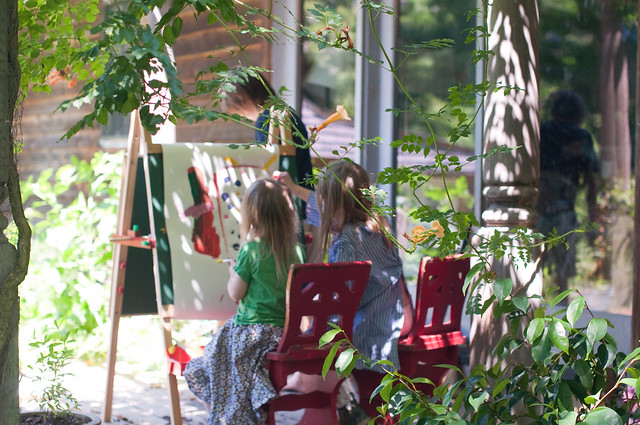 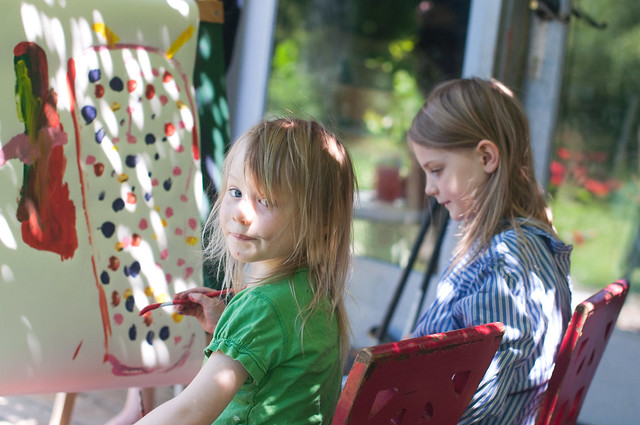 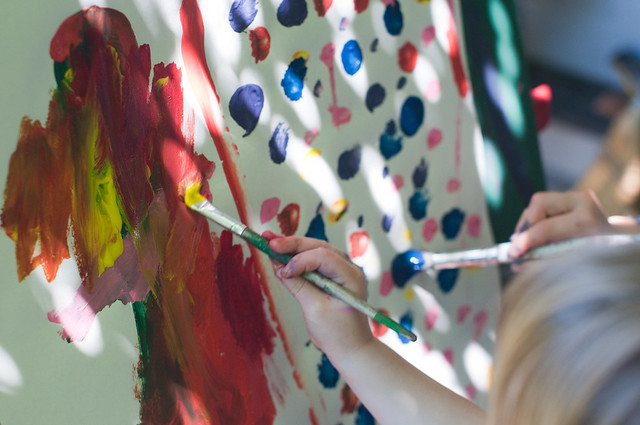 There hasn’t been much painting here in some time.  Inevitably, Beatrix begins to paint herself a few seconds into every painting session, and adding the additional daytime bath and major cleanup is not something I’ve been in the mood for.  But, on a recent morning I was feeling generous and decided to give her another try, outdoors.  The easel is something I found at Goodwill months ago for Beatrix’s birthday, but she is glad to share it with Larkspur.  They painted a line down the middle of the paper and each painted on her side of the line.  The cooperation was remarkable.  The morning was cool and beautiful.  The moments while the girls painted had a storybook feel.  It was all together lovely. Painting may make a comeback yet.

This morning the plan was to make play dough, something I’ve done successfully more times in my almost twelve years of parenting than I can count.  I thought that if I made play dough with the girls in the morning, then they could play with it while I did lessons with the boys in the afternoon.  I had some packets of Kool-aid and the girls and I were excited to use it to color the dough.  Standing at the stove with a girl on either side of me we mixed two pots of dough and began stirring.  They stirred until it got too thick, then I took over, quickly moving back and forth between the pots.  After about ten minutes I realized that the dough was staying sticky.  I told Larkspur that we would have to start over.  The next batch of dough was mixed perfectly and the girls oohed and aahed over its delicate shade of pink and lemonade scent.  The dough began to cook, and all looked well until a strange thing happened.  It began to turn liquid-y and weird.  It became apparent that our morning play dough making session had been for naught.  All I had to show for my efforts were three very dirty pots, and two very disappointed little girls with sticky play dough all over their hands.  Feeling really frustrated, I explained that we’d try again another day.  It was time to make lunch. (in hindsight, the only thing I can figure about the play dough is that maybe the problem was the type oil I used-sunflower oil, or maybe I heated the pots too hot.)

These two subsequent mornings had such different effects on my feelings and mood.  The painting success left me feeling like just that, a success, and that good feeling carried over into the rest of the day.  In my mind, the play dough failure threatened to spoil the day.  But as I stood there at the kitchen sink I realized that there was really no reason to let my feelings dictate the way the rest of the day would go.  I made lunch, put Silas to bed, gave math and phonics lessons, and moved on.  The girls had a good day even without the play dough.  What really mattered I think, was that I had invested the time with them that morning even if things didn’t go as we’d hoped.  Silas’ nap was longer than usual and I ended up with time to sit down at my sewing machine and make Larkspur a needed pair of shorts.  As I sewed, Larkspur and Beatrix pulled up chairs and benches around me.  They got out ribbon and wool and made who knows what while singing songs that they made up.  The three of us were together, but working separately; each of us happily focused on our work.  I thought to myself that I want to work harder not to let my emotions dictate my days.  I realize that crafting success or failure with my girls is not a very serious or profound example.  But I guess that’s just it.  So often these things that should be minor become major in my mind.  I don’t want to get so carried away in the happy moments that the difficult ones sneak up and derail me.  I also don’t want to let those difficult moments discourage me for long.  I want to enjoy and give thanks for the good moments recognizing that they are gifts, face the bad ones with good humor, and then carry on. 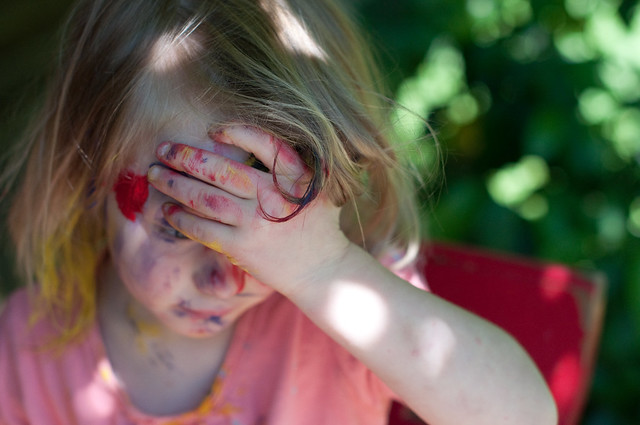 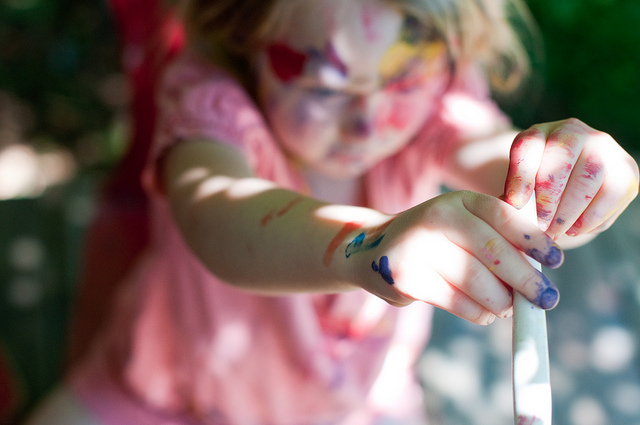 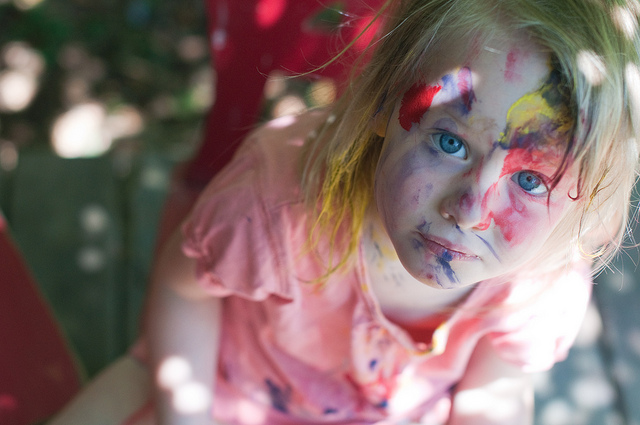