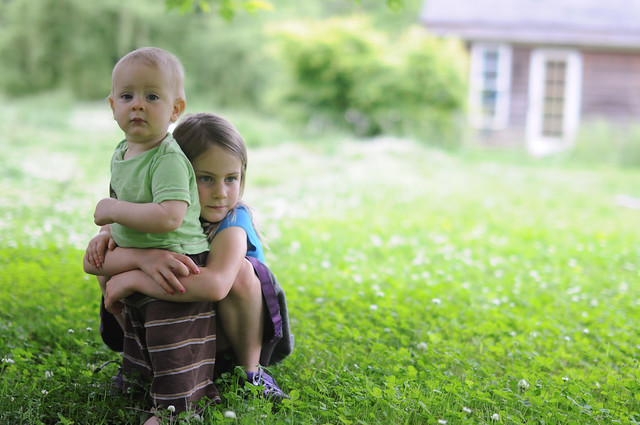 I am struggling to find an opening sentence that ties the following photos together, sums up my state of mind, or does a little of both.  I can’t do it. 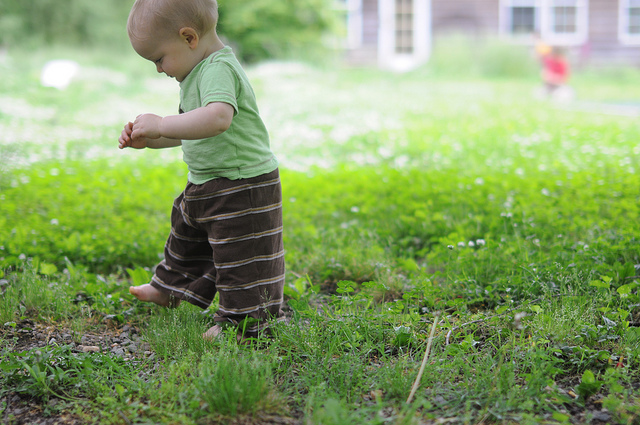 Silas needs pants, so I made him some. 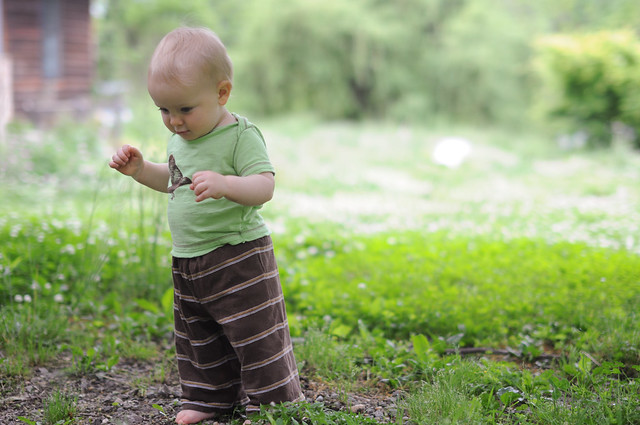 Jonny recently cleaned out his closet, and I grabbed the polo shirts from the pile.  Making baby pants from old shirts is pretty quick and easy.  I know you can do it without a pattern, but I actually used the baby bloomers pattern from Making Children’s Clothes

.  The pattern is for little girls, but if you leave off the elastic around the ankles, you are left with wide legged pants with plenty of room in the behind for a cloth diapered baby.  The best part about sewing using old shirts is that you don’t have to hem the legs if you line your pattern pieces up so that they line up with the bottom of the shirt. 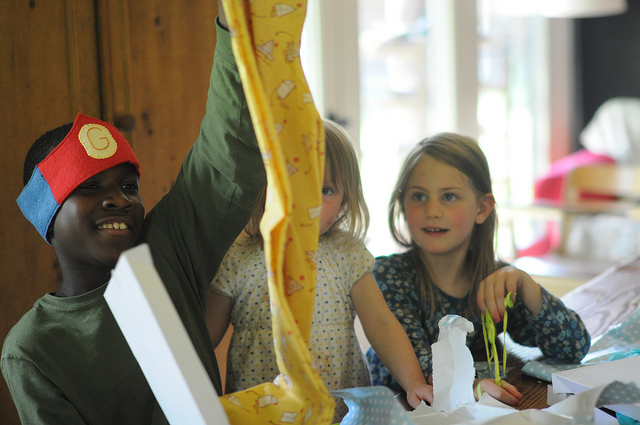 We celebrated Gabe’s birthday late last week.  He joined the other boys by receiving a requested fancy metal detector.  I had to give him something mommy-made as well.  The boys have come to expect pajama pants from me.  I measured Gabe several times during the making of his pants, and even had him try them on.  That didn’t stop me from wrapping them up, and it didn’t stop my sweet big boy from acting like they were a great surprise.  (the fabric is really cute–Sarah Jane’s Making Paper Hats.)  He wants another pair in some of the fabric that Jonny bought in Liberia, so that’s next. 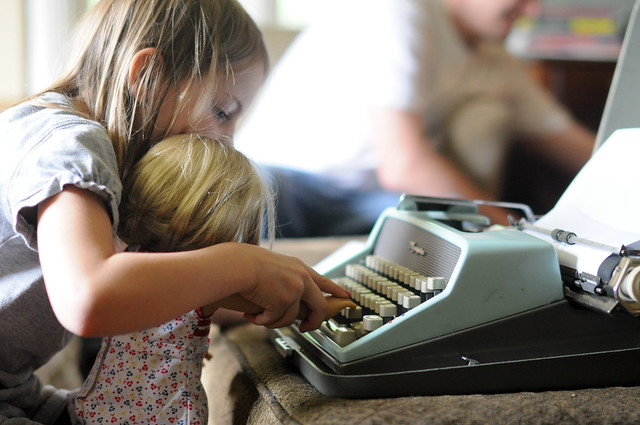 There was a lot of “writing” over the weekend. 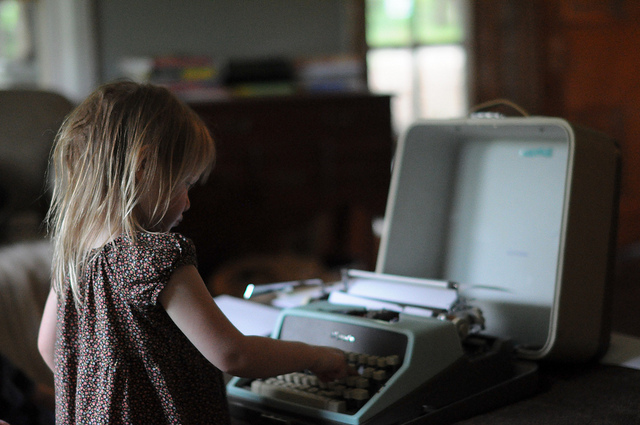 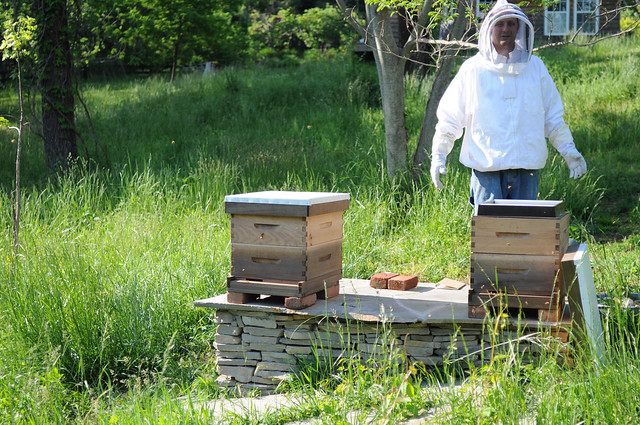 We added a second story to our hives because the first floor frames were pretty much full.  I can’t wait to see how fast these fill up so we can add another!  I think Jonny was saying something along the lines of, “This is so awesome” when I took this picture. 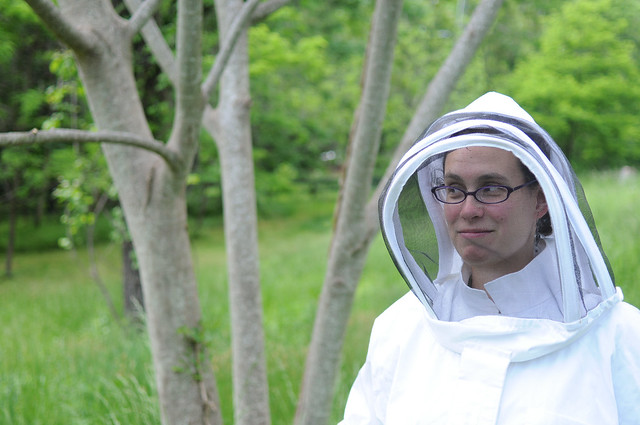 My friend Eve came over with her family so I got to dress her up in a bee suit. 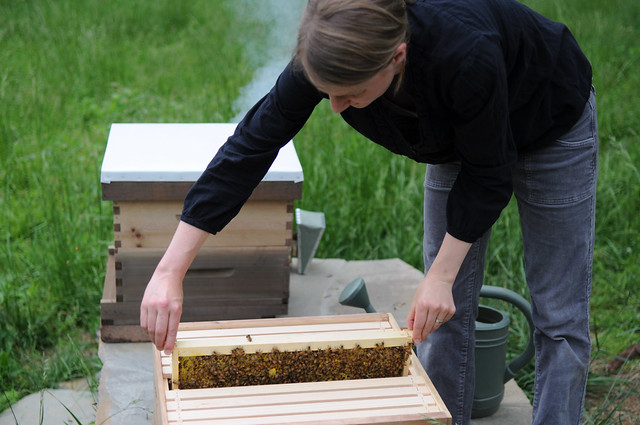 Since my bee suit is typically being loaned out when we open the hives lately, I have gotten used to hanging around the bees without it.  Jonny does all the handling though, while I mostly take pictures.  I decided to show off a little and pick up one of the frames to show Eve.  I didn’t last long.  As soon as I thought a bee was buzzing my head, and one started crawling on my hand, I quickly (but calmly) put the frame back.  Baby steps… I think I need to order myself a veil.  Any recommendations out there? 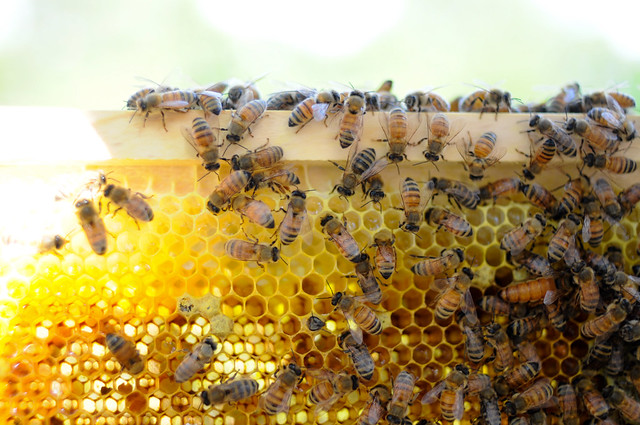 And just one more Bee picture.  We were watching new bees emerging from their cells and almost didn’t notice that the queen was right there!  Seth walked up and pointed her out.  Do you see her?  This is not the same queen from last week (other hive.)  If you look closely, you can see the head of a new bee who has just finished chewing its way out of a cell, and there’s another working it’s way out too.  Oh, and at the suggestion of one of you who thought we should name our queens, we did name her…. “Queenie.”   It’s not that we aren’t original, but this particular hive is called Lark Rise, and if you have watched the show, the name will make sense.  We haven’t named the Candleford Queen yet.  The logical choice is Dorcas, but that doesn’t seem like a very good name for a bee.

Last night Jonny and I wanted to watch a movie.  We’ve exhausted all the Masterpiece Theater selections on Amazon, which are our usual choice.  We ended up watching a bunch of previews but no movie.  Do you guys have any recommendations for us?  We’re pretty clueless when it comes to new releases and we have pretty tame (no, not lame. tame) taste.