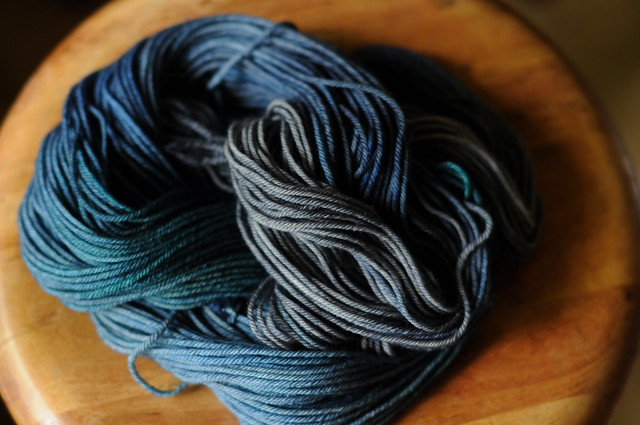 A little project has been brewing in my mind for weeks.  During my time alone (well Seth was with me) on Mother’s Day I got started by dyeing a skein of yarn. 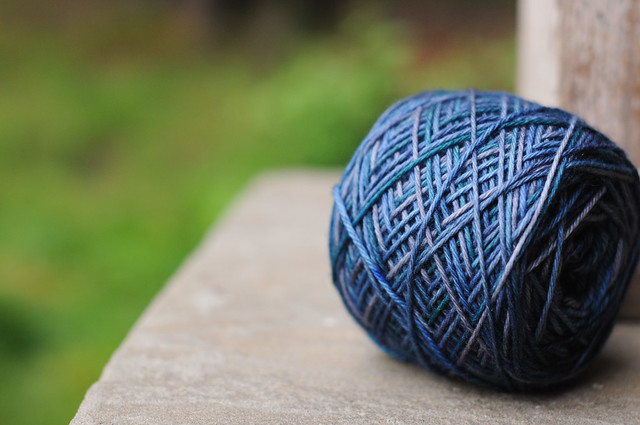 I saw shades of green, blue, and gray in my mind, and the yarn sort of turned out how I hoped.  My plan was to knit a little gift for my baby with the finished product.  (I used this book 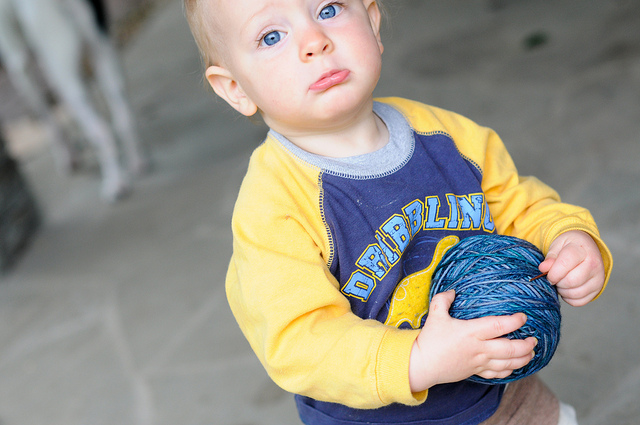 Once the yarn was dyed, dried, and wound, I handed it to Silas for his approval. 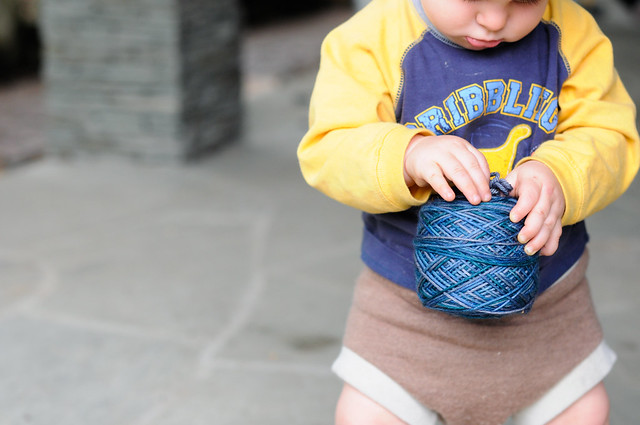 He almost immediately reached inside and pulled the end of the yarn out like he’d done it a million times before.  (I promptly took it from his hands!) 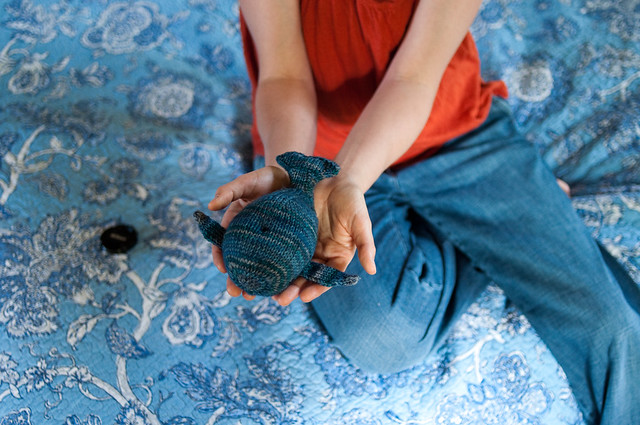 And over the next few days, I knit a little whale!  (photo by Larkspur!!) 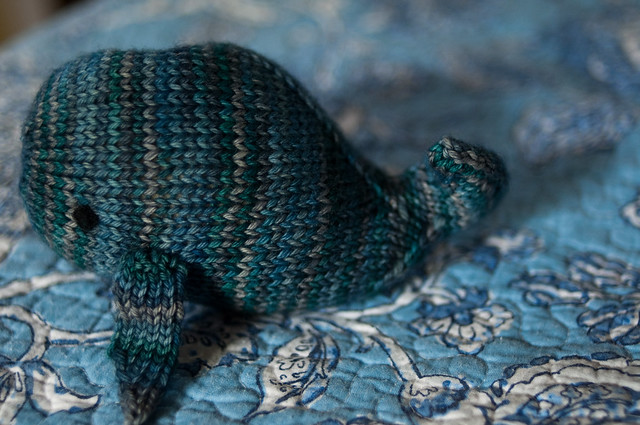 This thing is so cute.  It even has a spout on top of its head. 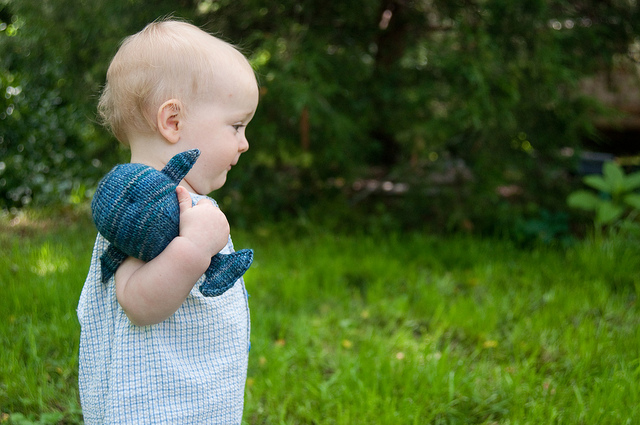 I gave it to Silas, not really expecting him to care about it nearly as much as I do.  Because let’s face it, he’s kind of busy in general.  What’s he going to do with a whale? 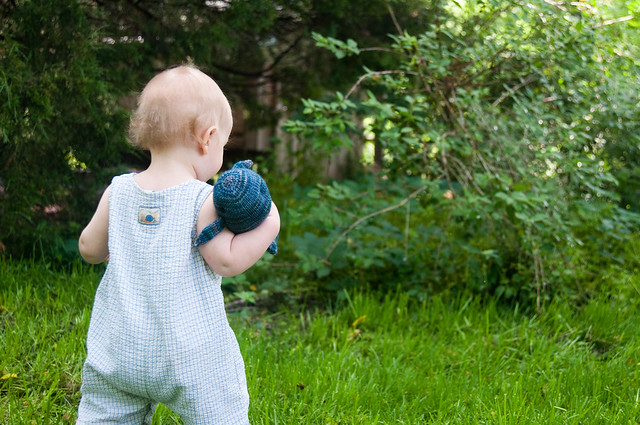 I’ll tell you what he did with it…. 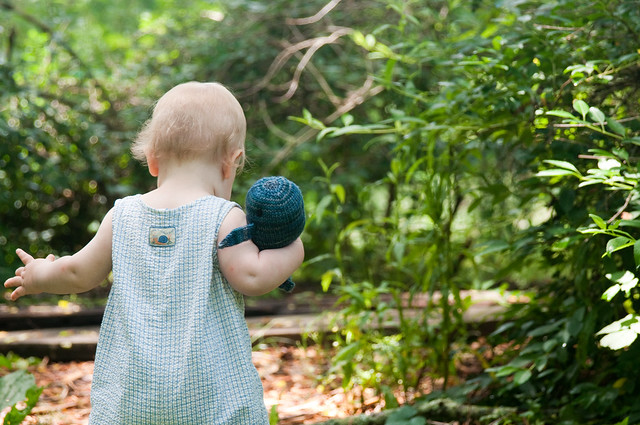 He carried it with him on a little mission. 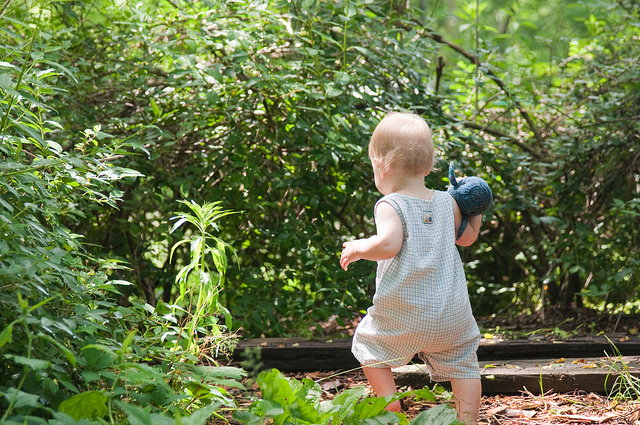 He knew exactly where he wanted to go, and he didn’t hesitate. 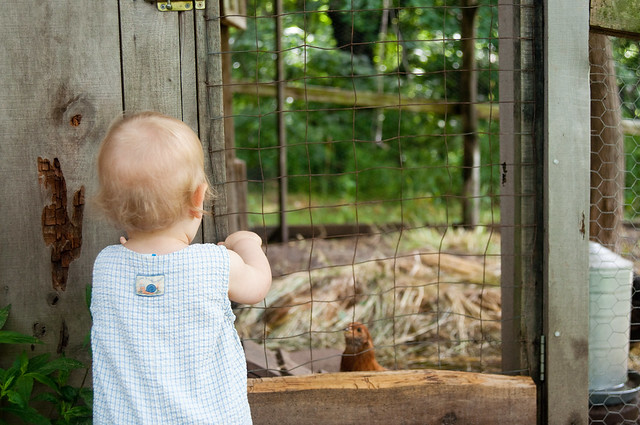 And as soon as he arrived, poor little whale was dropped to the ground (I was there to swoop it up!) 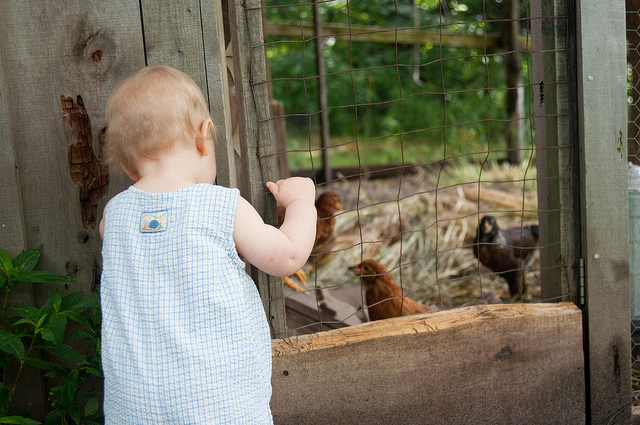 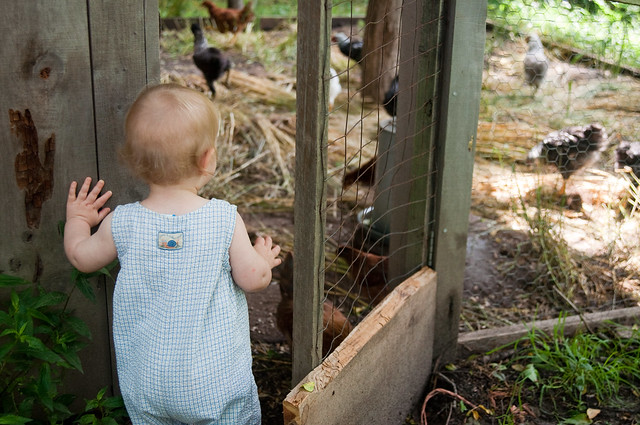 He opened the door by himself and headed right inside the coop. 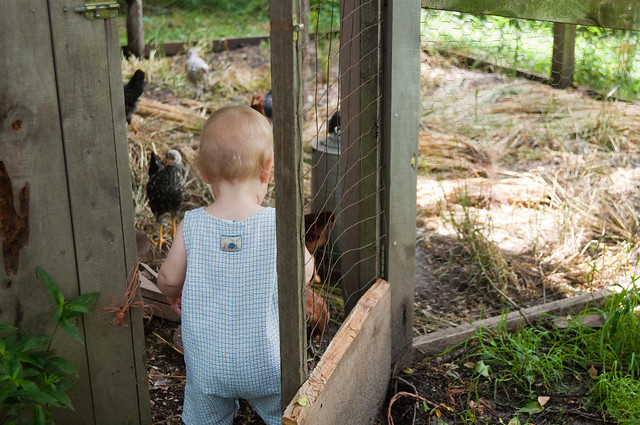 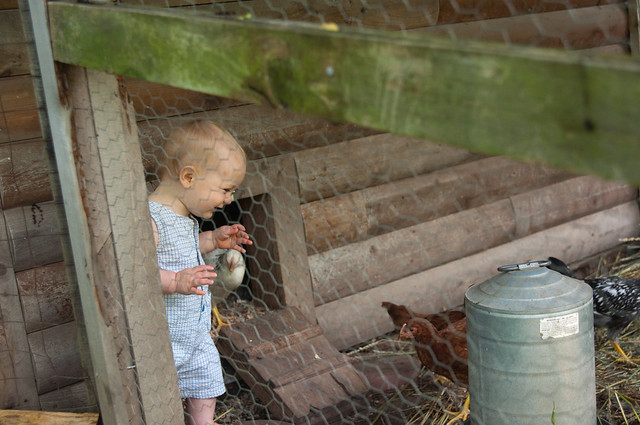 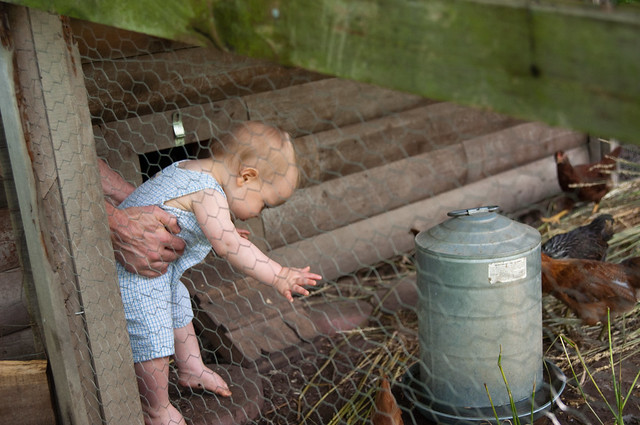 But, he was also barefoot, so daddy ruined his fun. 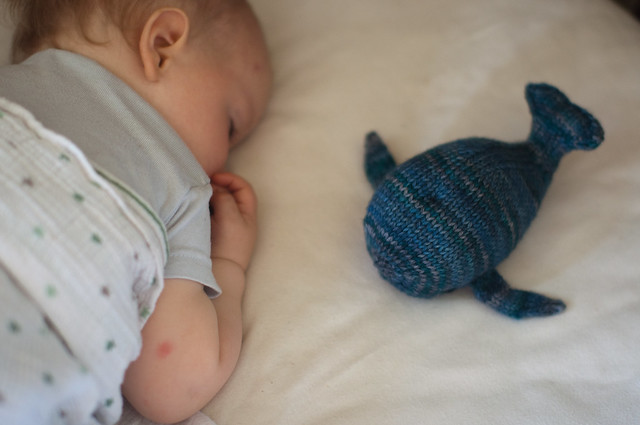 And as far as the whale goes, with a little encouragement from me Silas has been carrying it around the house, usually by one fin.
I am thinking I should knit him a hat with the leftover yarn.

(My Ravelry notes are HERE.  I bought the pattern from Linda’s shop.)