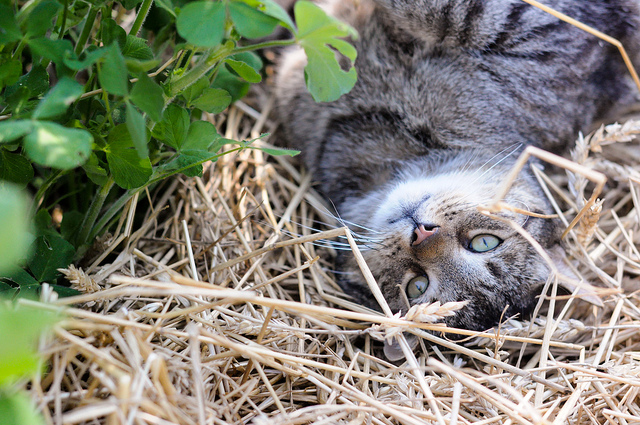 As always, I am having issues with Intruder in the garden. I have to be really careful where I pause, because the second I stop moving, he throws himself down on the nearest plants.  He’ll roll on lettuce seedlings, onions, garlic, pretty much anything. Then, one false move on my part, and he will attack my legs. I both love and hate that cat. 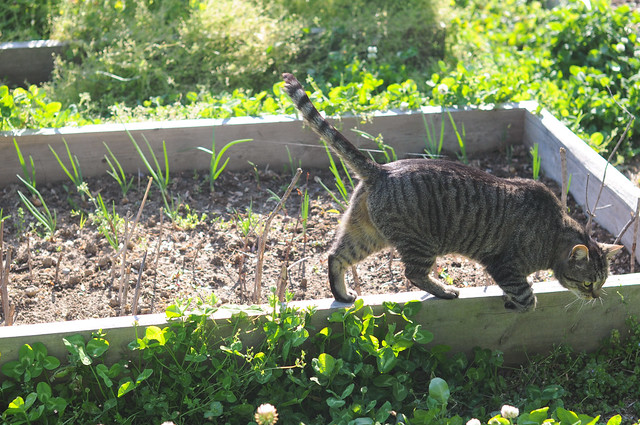 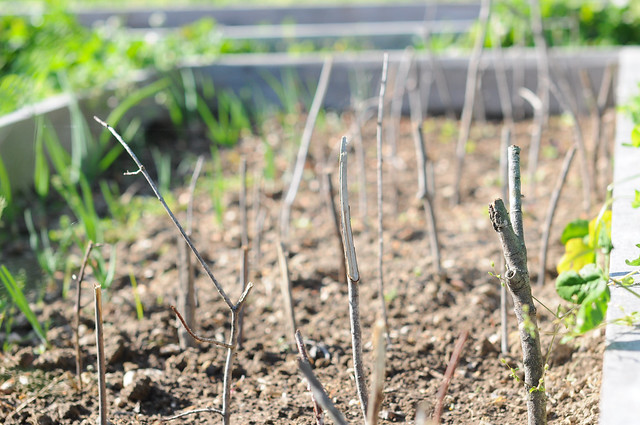 The mesh garden netting that I bought to keep Intruder and the other cats from digging in the garden is only effective in beds that don’t have anything growing in them yet.  A lot of my beds have tall plants growing in them so I can’t tack the netting over them.  I have resorted to poking rows of sticks in the ground between the rows of lettuce seed I have planted.  So far this is working really well.  The cats aren’t motivated to dig in the areas with all those sticks poking out of the ground.  Thankfully, they don’t bother beds with established plants. 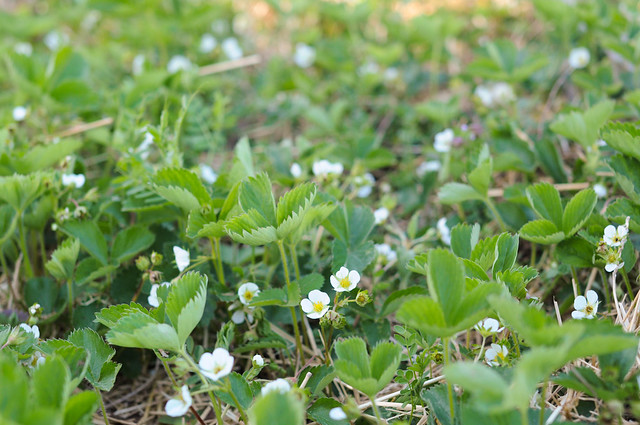 The strawberries are in full bloom, and I am really hoping they will be ripening when my dad visits in a couple of weeks. 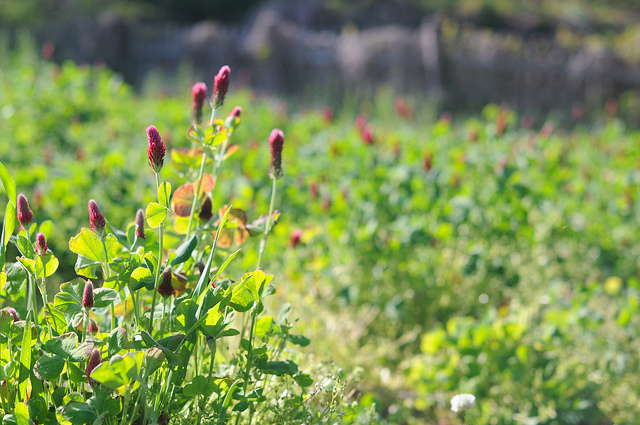 Crimson Clover is blooming.  I say it every year, but I love it so much.  I have a weird love for clovers in general. 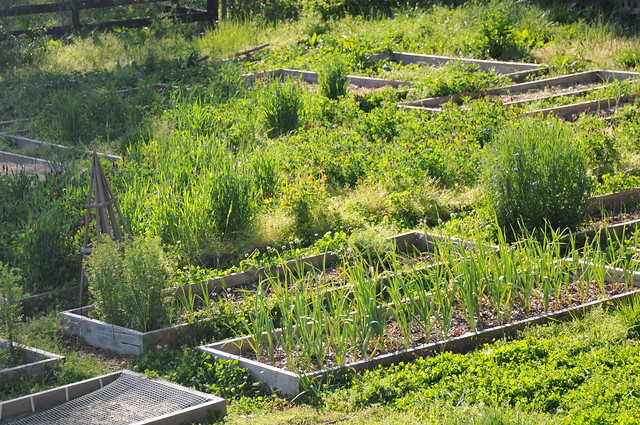 The garden looks a bit wild and untamed in places right now, but it is actually mostly under control.  I am seeing how long we can go without mowing between the beds, forever maybe?  Clover blooms in the paths, and I am protective of every little blossom that might feed our bees. 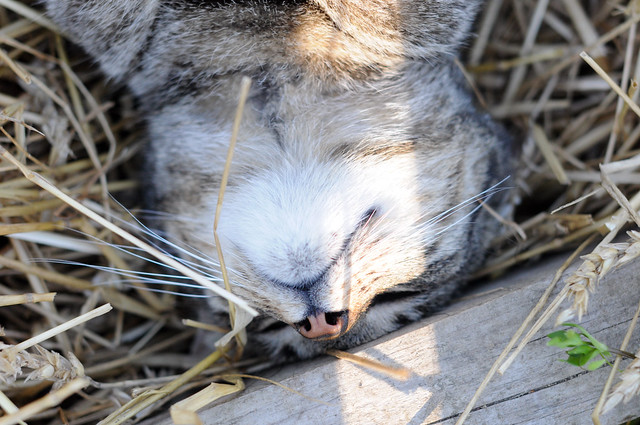 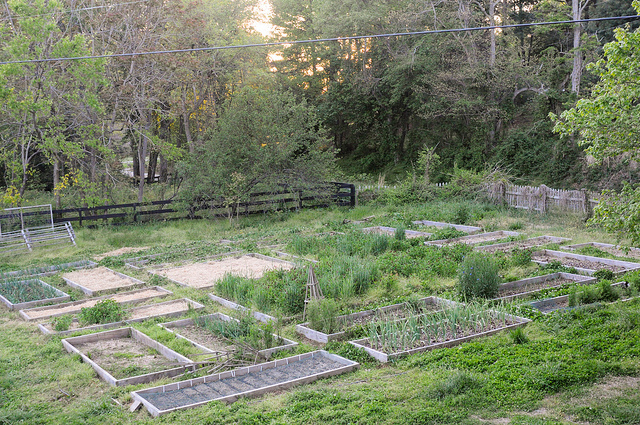 I did not do a great job of writing in my journal these past two weeks, so my records aren’t exact.

April 2-April 9, 2012:
Separated Amish Paste tomato seedlings and re potted them.
Planted Wando peas in the gaps where frost killed much of my first planting.
Planted Bull’s blood beets in rows between the sugar snap peas.
Planted Yukon Gold potatoes in the other sugar snap bed.
Moved grocery store bought organic gold potatoes to beds outside the main vegetable garden.  I am curious to see what they do.
Planted spinach seeds in the gaps in already established spinach rows.
April 10, 2012:  Planted more rows of lettuce mix and added twigs between rows.  Saw honeybees in the garden!
April 13, 2012:  Cilantro is flowering, bachelor buttons are blooming.  Spent a long time watering everything.  I am concerned over the lack of spring rains and wondering what this summer is going to be like.

How is your garden growing?