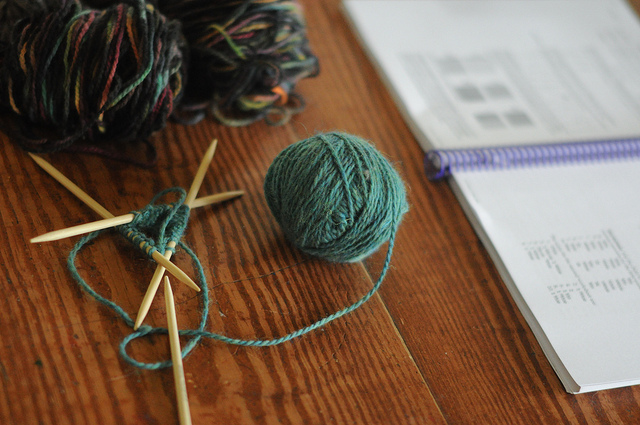 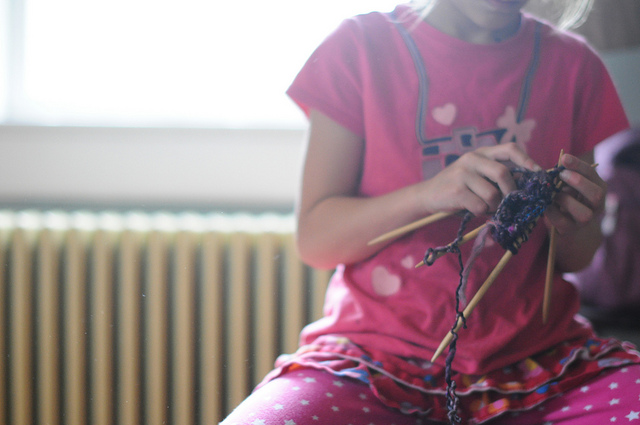 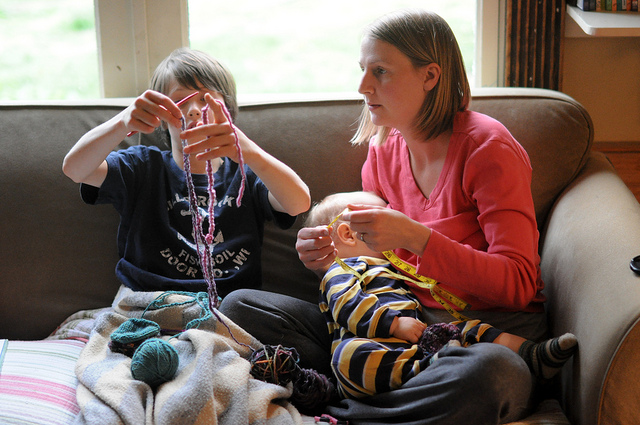 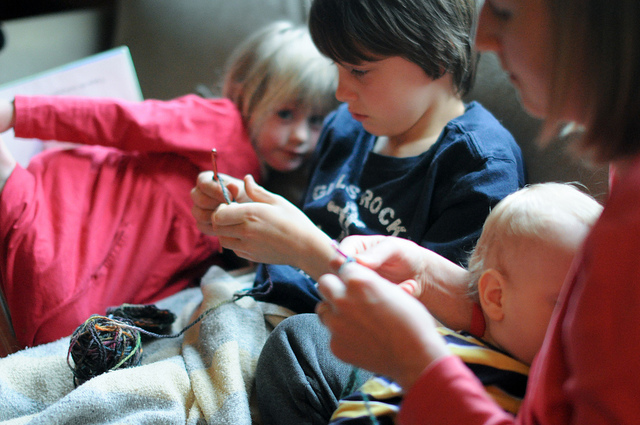 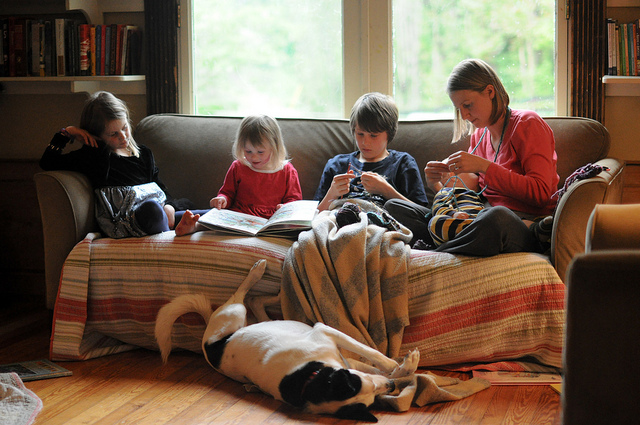 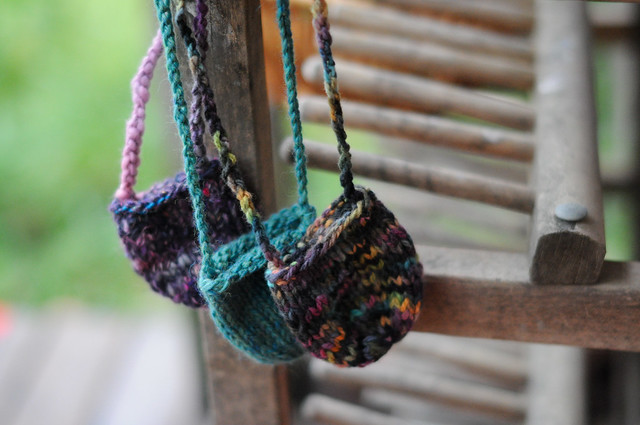 Yesterday began as yet another sick day.  Poor Keats had a terrible earache and I had a headache.  (I’ll insert here that he is feeling much better today!)  I checked in on the Yarn Along just in time to see Lori’s post about pockets for Africa.  She’s traveling to Namibia in less than three weeks and is working to knit up little pockets to give as gifts to people she meets there.  She asked if any of us would like to knit a few.  Yes, what a perfect distraction from myself.  In less than two minutes I had a little turquoise pocket cast on next to Seth’s math lesson.  Anticipating my afternoon knitting session with a friend’s daughters, I cast on a couple with bulkier yarn, thinking they would knit up quickly during our time together.  Upon arriving, I explained that our knitting today was very special because we had the opportunity to make something with our hands that would travel across the ocean and become a gift for someone, someone we might never have a connection to otherwise.  My words were met with big smiles.  As the second pocket was finished, one of my girls proudly told her mama that she had knit something to make someone else happy rather than herself.  I am not sure if she noticed that the making and the thought of the giving did indeed make her happy too.

I returned home to a very sad Keats, eyes brimming from the pain in his ears.  I snuggled in next to him on the couch and starting making the chains for the pouches.  After a minute with his head resting on my shoulder, he reached for a ball of yarn and started helping.  Each little stitch helped to take his mind off the pain (and well, maybe the dose of medicine I gave him started to work along the way.) As we worked I listened to Jonny reading from the pile of new library books to the girls.  A smile spread across my face as I heard him utter the words, “And if you travel to Namibia today….”

That’s where our pockets are going!  I had no idea when I picked that Jan Brett book off the library shelf earlier in the day that it would have a connection to our little community knitting project. From Lori’s house in California, to the happy spot that is the Yarn Along that we share each week, to living rooms in Virginia…(and other states across the country I suspect!)  this thread connected us all. 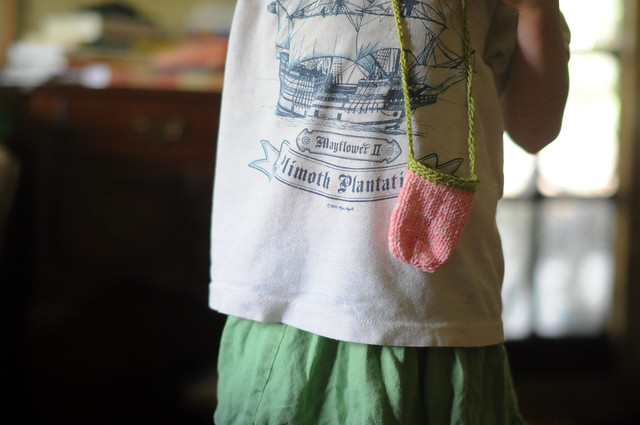 I did make one last pocket to send, in watermelon colors.  Of course it won’t really be my last.  Two little girls want watermelon pockets of their own.

p.s.  I was only able to work with Silas in my lap because he was asleep.  Knitting and nursing isn’t an option anymore!