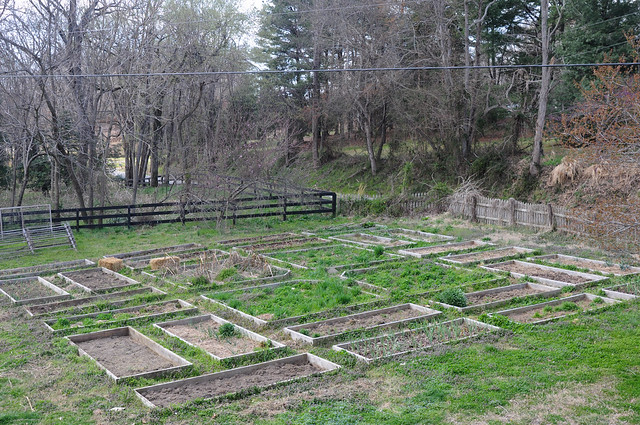 You have to look closely to see the change, but many of our beds were weeded, hoed, and mulched this week. 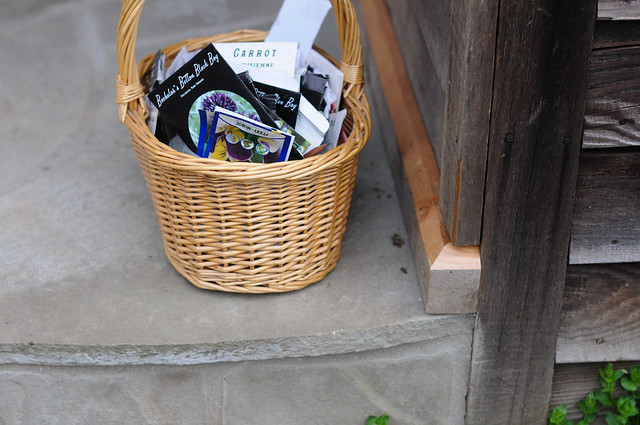 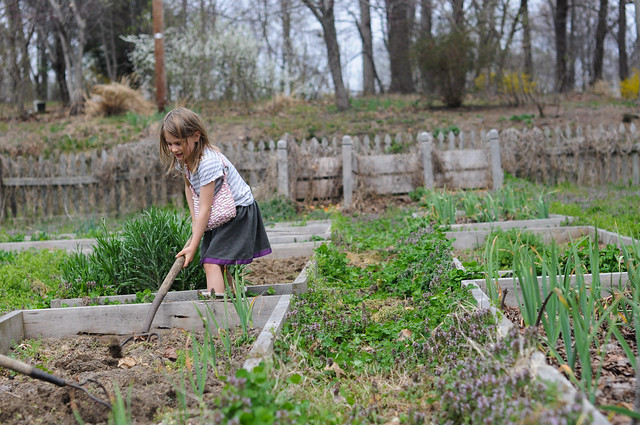 Just behind Larkspur is her patch of bachelor buttons which will soon be blooming (so early!)  Evidently she was right on to sow the seeds last fall.  Garlic on the left and right of the weedy path. 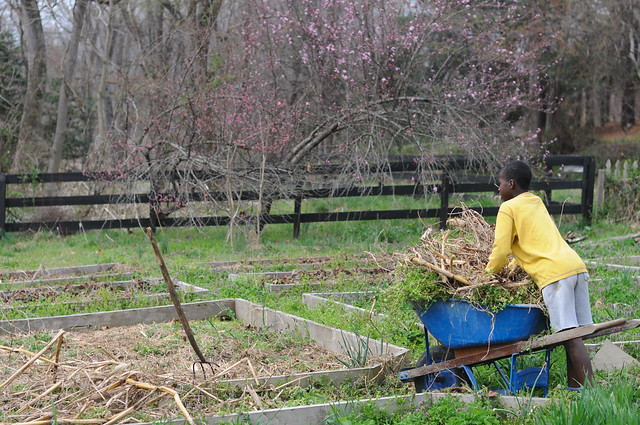 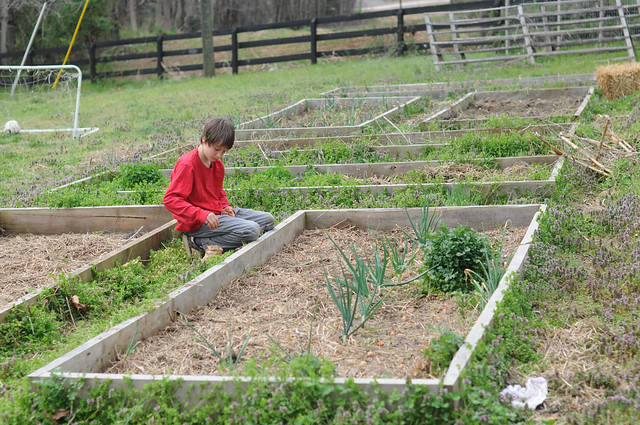 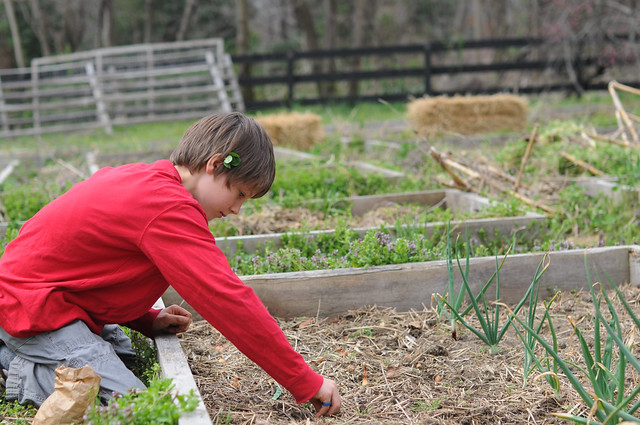 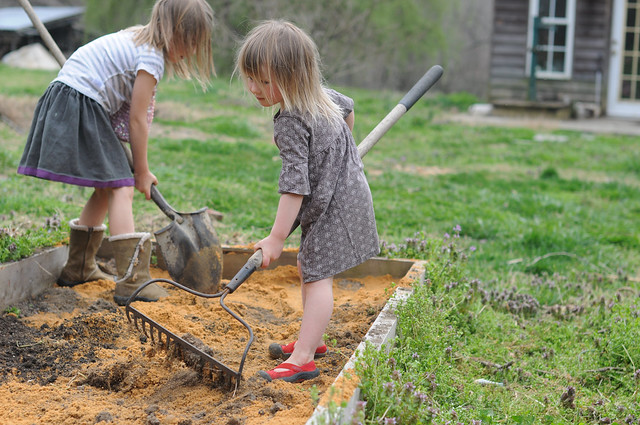 We added leftover sand and more compost to one of our beds, raising the soil level and loosening it up to create a bed for growing carrots.

From the garden journal:

March 12, 2012:  weeded both fall planted onion beds and added a bit of finished compost between the rows.  prepared two beds for peas (wando.)

March 13, 2012:  planted two beds peas and scattered extra in a melon bed (large square shaped beds in middle of garden.)  planted spinach in the rows between the fall planted onion beds under the finished compost.

March 15, 2012:  Received my new hand hoe in the mail–so glad.  My last one was left in the yard by a child and then mowed over.  No one is allowed to use it this time. This hand hoe

is my number one favorite tool.  planted sweet potatoes in bins so they can start sending up shoots that I will root and then plant in the garden.  Greening regular potatoes in the sun in preparation for planting.

I had planned to plant lettuce, beets, carrots, and radishes this week as well.  I have a problem though with cats digging in my garden and disturbing my seeds.  In order to prevent this I bought a couple of rolls of plastic garden fencing on Friday, which I will tack across the beds after I plant them, hopefully this weekend.  After the seeds have sprouted and the plants have grown a bit, I can remove it.  I will only need the fencing on a few of my beds. 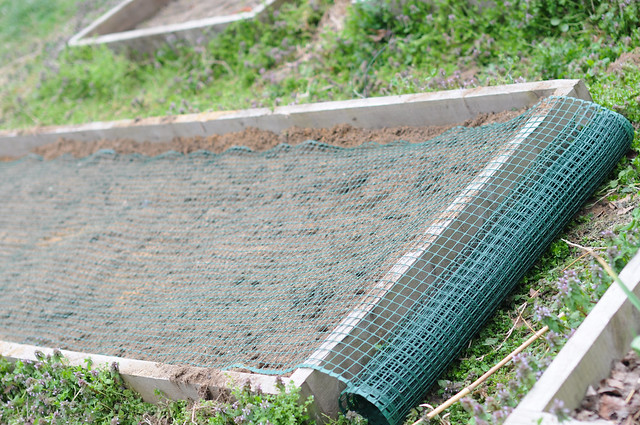