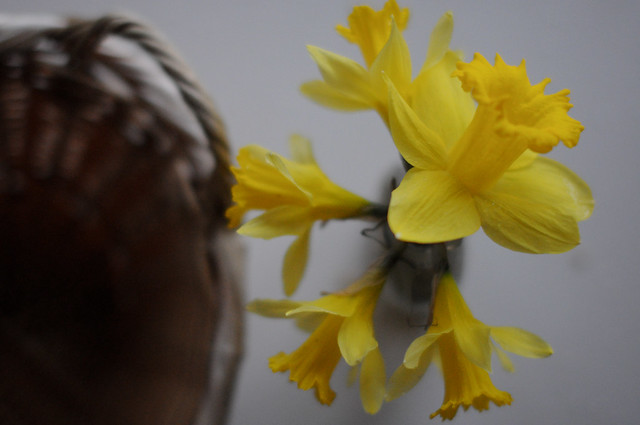 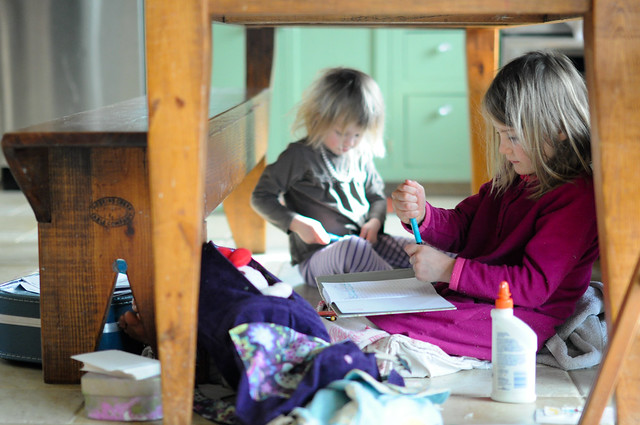 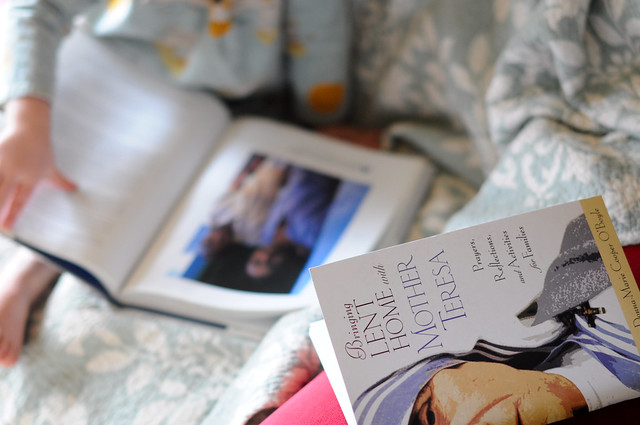 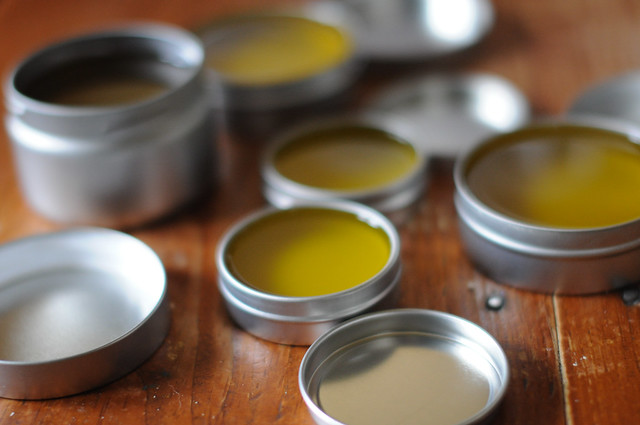 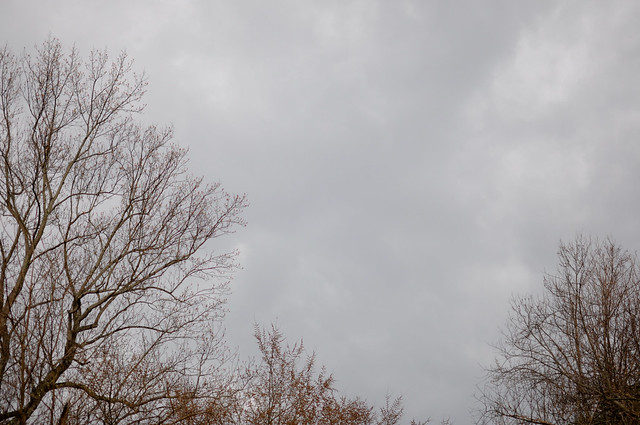 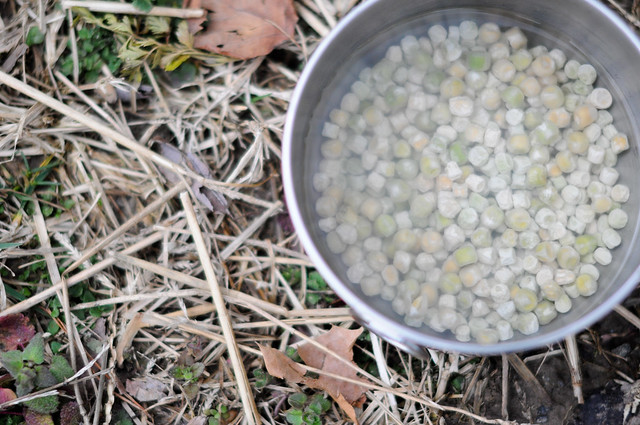 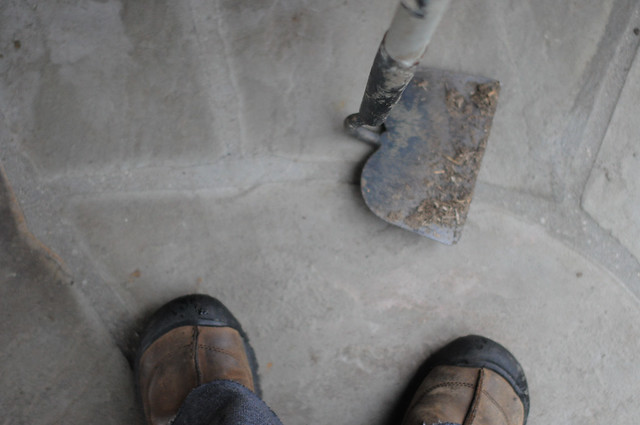 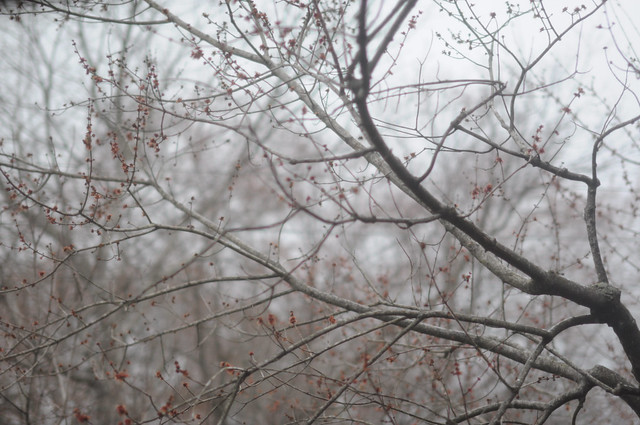 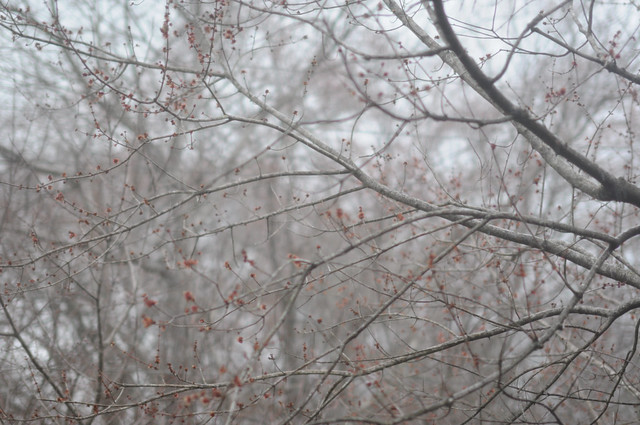 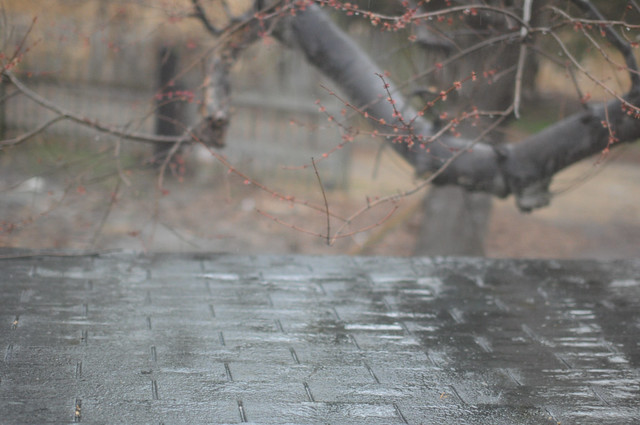 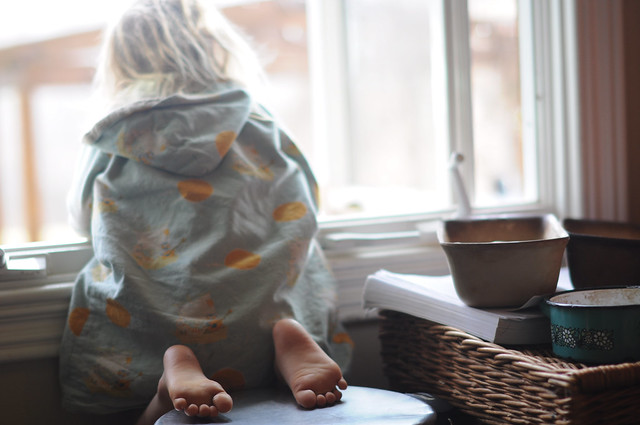 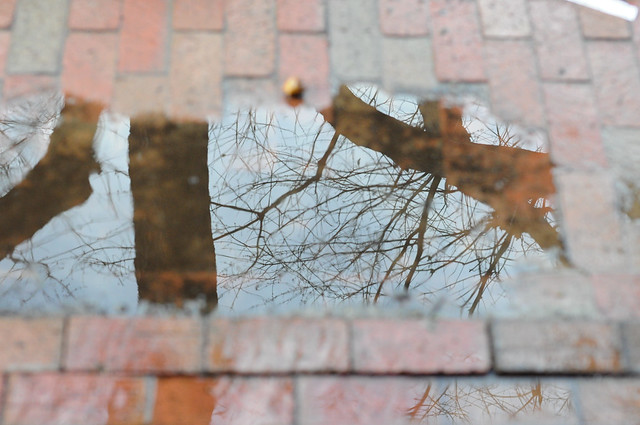 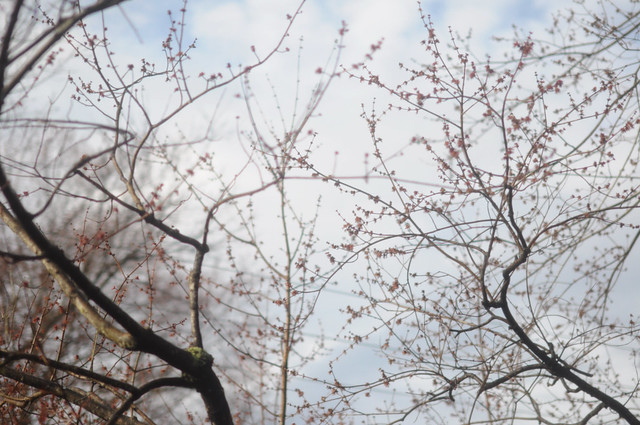 What makes some days so abundantly good?  I wonder if there is a recipe of sorts, one that we are all unaware of, but somehow mix up on certain days quite by accident?

Late this morning, we read through our Lenten devotion together.  Everyone for the most part paid attention, despite the fact that we were reading three days worth, playing catch up, because it had only just arrived.  The inexpensive Mother Teresa Lenten devotion book has proven to be excellent.  I let the girls look through a book full of beautiful photographs

from Mother Teresa’s ministry while they listened.  The big boys didn’t need any help.

In addition to wrapping up the school week and making a fresh batch of salve, I was determined to put something in the ground today.  I don’t think I’ve ever planted anything outdoors during February.  This year though, I am planting according to signs and wonders rather than the calendar.  My maple trees are in blossom.

By the time I was able to race out to the garden, a storm was brewing.  Were it late March rather than late February, I would have called it a spring thunderstorm;  my favorite.  There was no small thrill in racing to make three neat rows in one of my garden beds, thunder rumbling in the near distance.  The wind whipped and the rain dropped.  I planted those sugar snap peas with reckless abandon if such a thing is possible.

It wasn’t long before the thunder passed and the blue sky returned.  The girls were quick to head outdoors to play in puddles, buckets, and mud.

And then, do you know who we heard?  Spring peepers.  In February.  Wonders never cease.