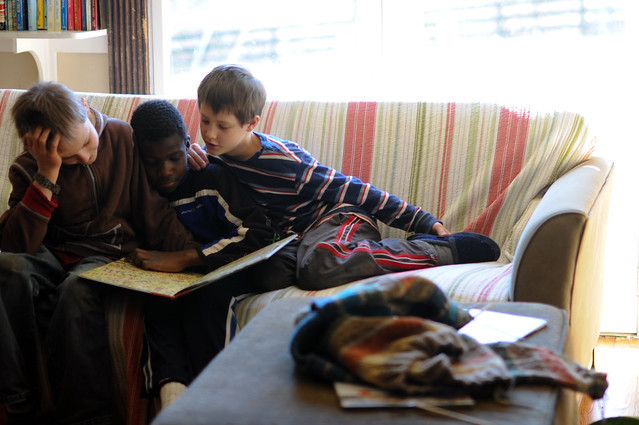 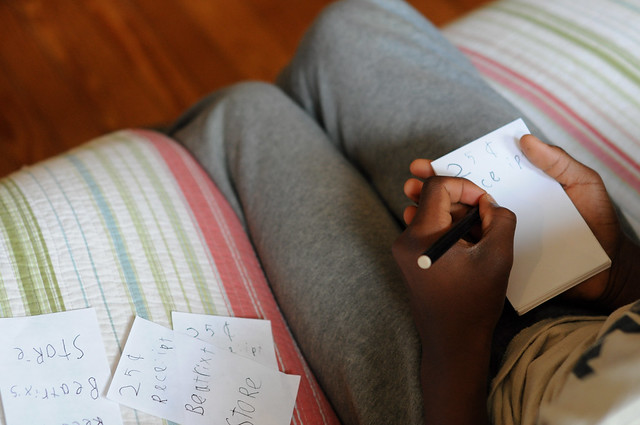 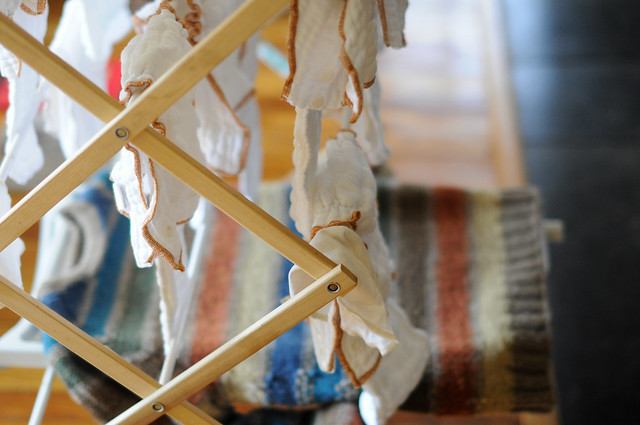 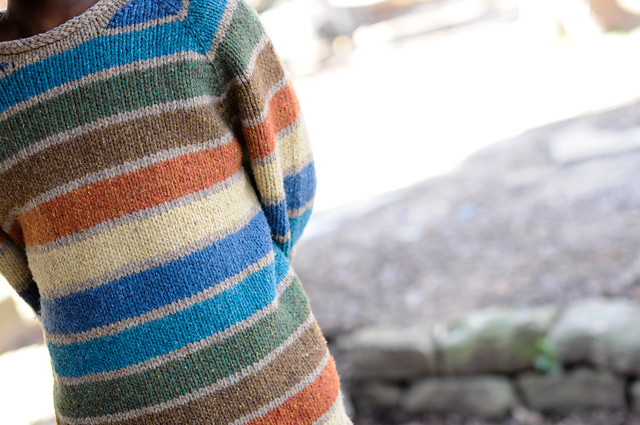 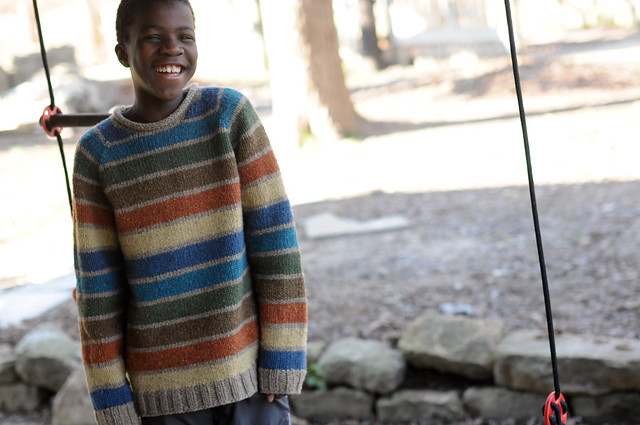 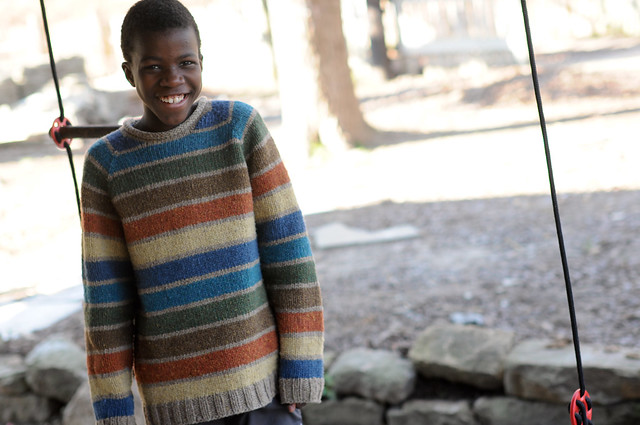 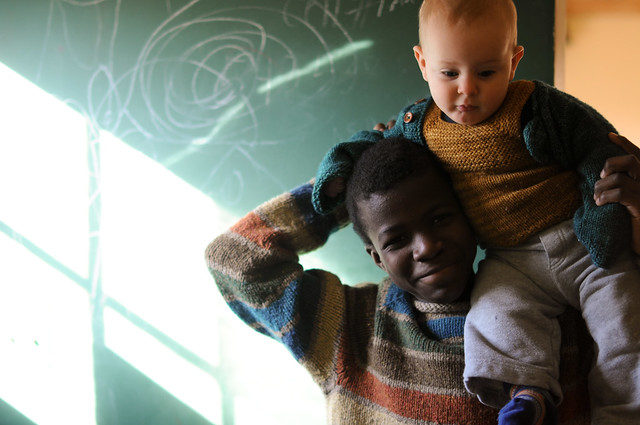 Last week found me knitting furiously with my deadline fast approaching.  I wanted to have Gabe’s sweater finished in time for quietly celebrating the day he joined our family, three years ago.  I kept wishing for a bit more time.  There was irony in that, because this three year mark in the early months and years was something I dreamed of sometimes, especially on the hard days.  My friends with adopted children of their own assured me that things would get easier, but that it would take about three years for things to settle.  I can say that we reached a certain level of comfort earlier even than that though, maybe about six months ago.  I also realize that for many reasons Gabriel and I still have a long way to go, and that’s okay.  He knows I love him, and I know he loves me.  (His relationship with Jonny it seems was cemented before they even boarded the plane in Liberia.)

There were many stops and starts with this sweater early on.  And even during the last couple of days, I found myself having to rip the cuff back on one of the sleeves and add another stripe in hopes that Gabe will be able to wear his sweater next year as well (I just had to edit because I accidently wrote “next week”  that would be true as well at the rate this boy has grown these past years.)  Every morning I would see Gabe picking up his sweater, checking my progress.  I don’t think any thing I have ever knit has been met with such excited anticipation.  Friday found me knitting the last few stitches, and weaving in ends for a good hour and a half or so.  I plunged the sweater into a bathtub of water, soaked it a bit, and then carefully squeezed it between towels before laying it on the sweater rack inside our dryer.  My plan was to run the dryer on low heat that night, and wake up to a nice dry sweater.  Only the next morning, the sweater was still wet, and after another hour of attempted drying, I realized that our dryer was broken, not heating (it still is!  oh, the laundry!)  For the next day and a half Gabe’s sweater was stretched on that drying rack, in front of the woodstove.  Poor Gabe, he was so anxious to wear it.  Finally on Sunday he was able to wear it for the first time, all three boys wearing their sweaters I’d knit them to Mass.  He hasn’t taken it off yet.  And I know he likes it because not only did I hear him say that he is going to wear it every day from now on, but he actually let me take his picture wearing it.

p.s.  Ravelry notes here.  Yarn here.  The song that got stuck in my head for weeks while I knit this here.