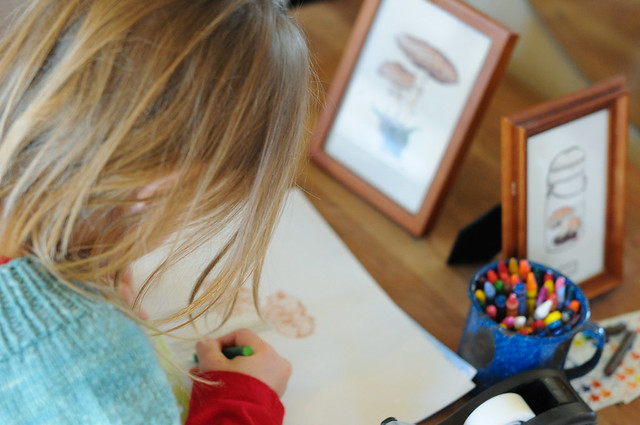 There has been a sudden flurry of drawing around here.  That makes me happy, considering that I have failed at including drawing lessons in our school days.  Early in the week, Larkspur set up a couple of mushroom prints on her little table and proceeded to draw a stack of mushroom pictures.  She told me that as she studied the prints, she was reminded of some mushrooms she saw last summer, and tried to draw them from memory.  (prints are from the lovely Alice)  Soon, all the boys were drawing mushrooms as well.  I think I need to get more of Alice’s prints framed.  There are birds and beetles…. 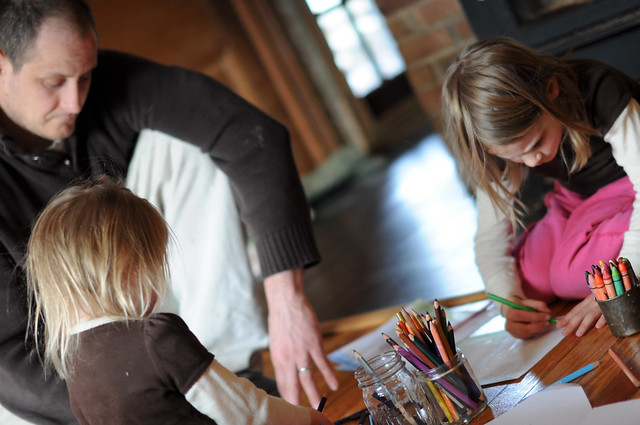 Yesterday, The girls set themselves up with paper, pencils, crayons (and Jonny!) in front of the woodstove.  Everyone would rather draw with him than with me, because he is the better artist.  I think he is also more willing to really slow down with them.  That is harder for me. 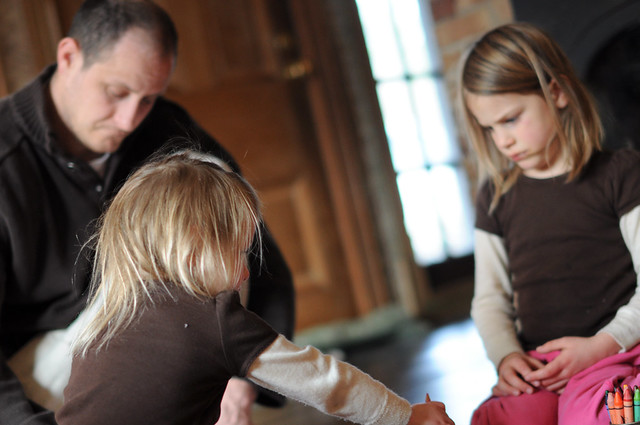 It didn’t take Beatrix long to start dumping the pencils and crayons out of their jars.  She stated very matter of factly that she was not dumping them, but “taking them out.” 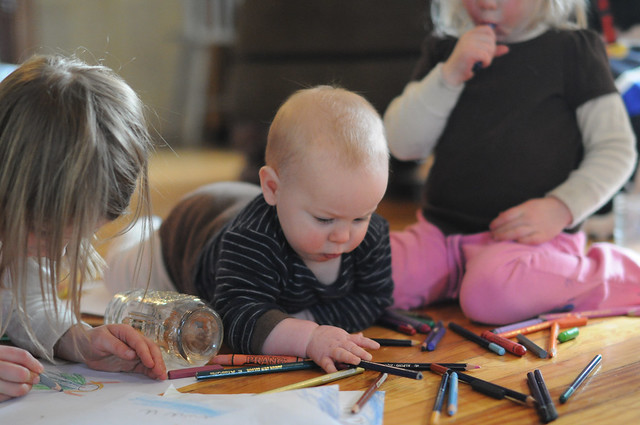 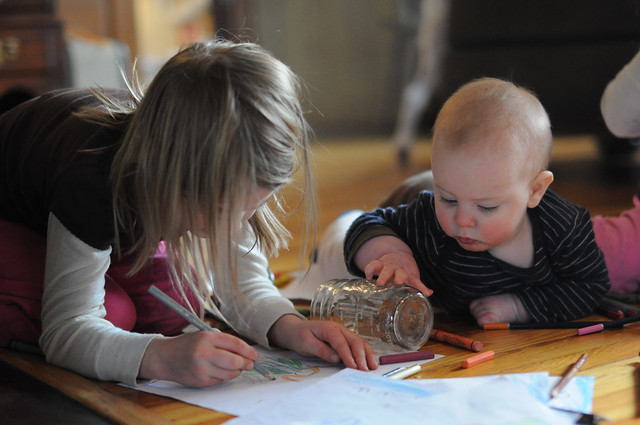 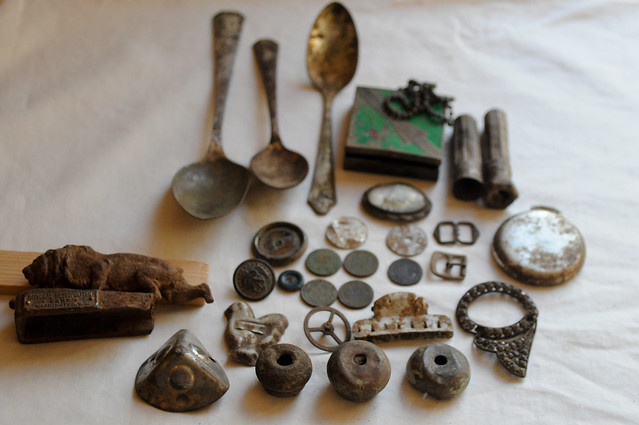 Seth has been metal detecting the old home sites in our area nearly every day.  He took these photos of some of his recent finds.  He really loves this hobby. 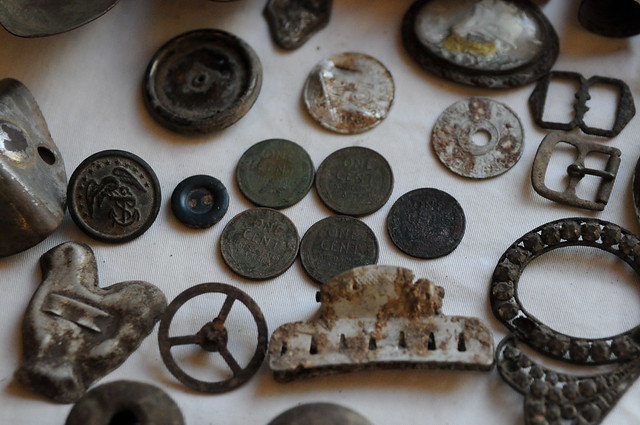 And, nearly everything is treasure. 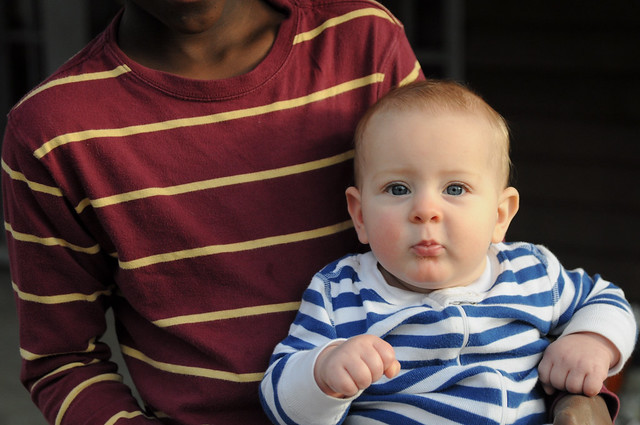 Silas is eating and army crawling and just generally delighting us all. 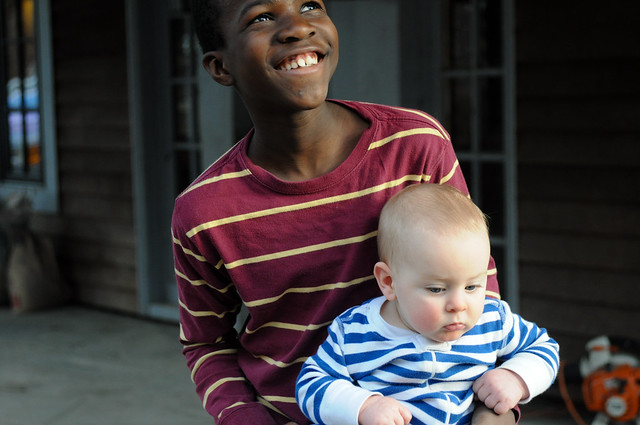 Every morning, Gabe requests an update on his sweater progress.  Two sleeves to go.  I just barely got this photo of him before he hid his face behind Silas. 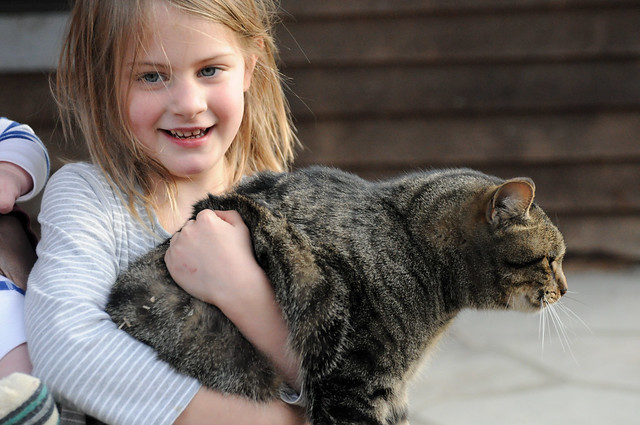 Larkspur has joined the big boys in doing chores.  In conversation with a friend, it suddenly dawned on me that she has been ready for some time.  Oops! 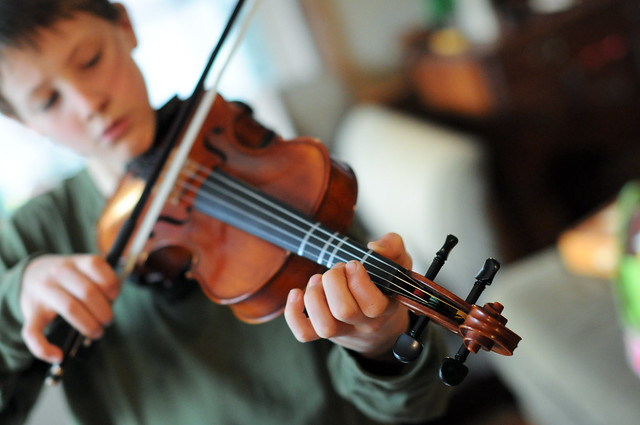 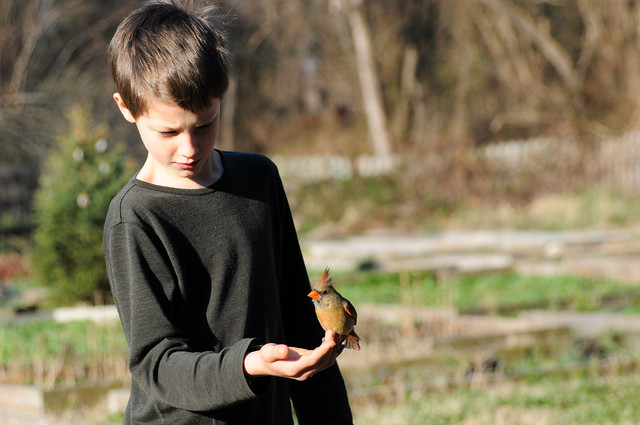 This morning, a female cardinal flew into one of our downstairs windows. 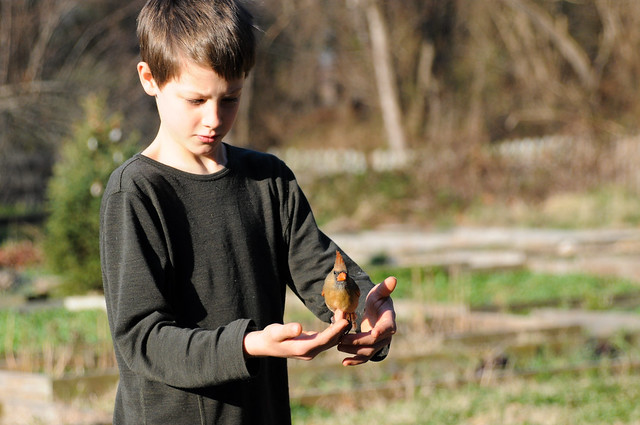 Thankfully she was only stunned, and seconds after this photo was taken she flew into a nearby maple. 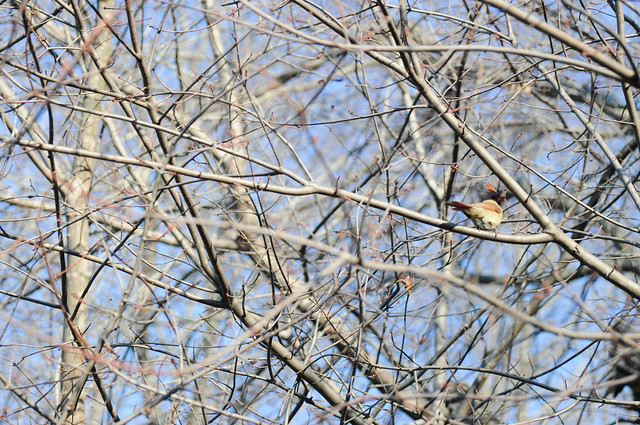 It very much feels like a new year here.  It seems there are more resolutions than I thought.  Jonny, king of laid back-ness finally opened up a palm pilot that my mom bought him more than half a decade ago (don’t laugh,) and is planning his days and weeks.  It’s crazy.   We are also going to a cash system, hoping to pay off all those college loans and a few other things over the next couple of years.  The idea of snowballing debt is appealing to me.

Beatrix is praying for a baby sister.  Lord, have mercy.