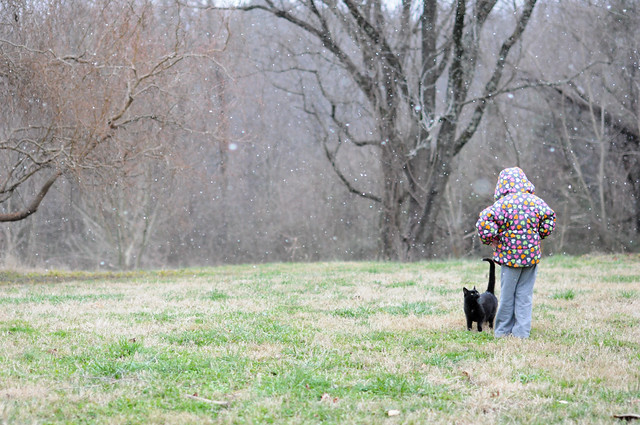 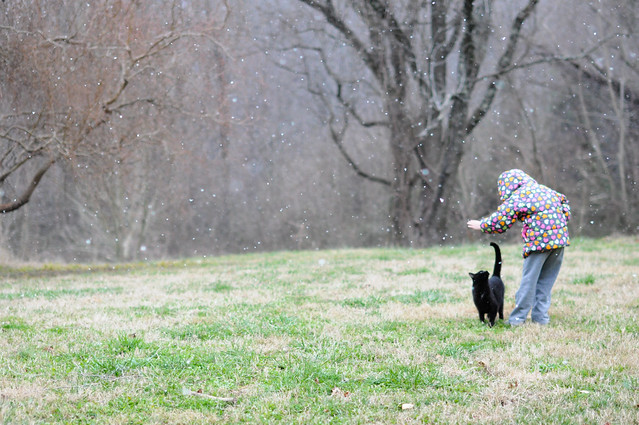 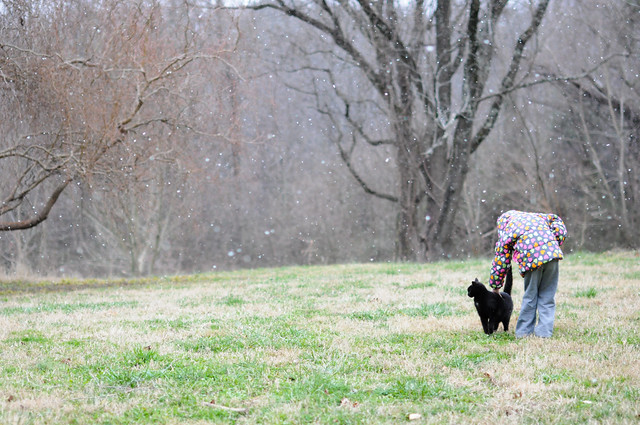 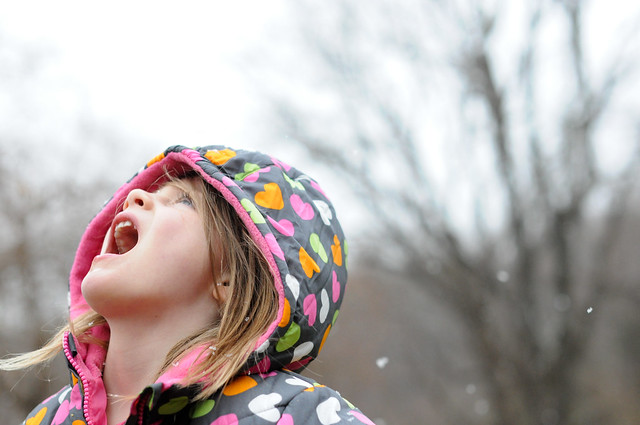 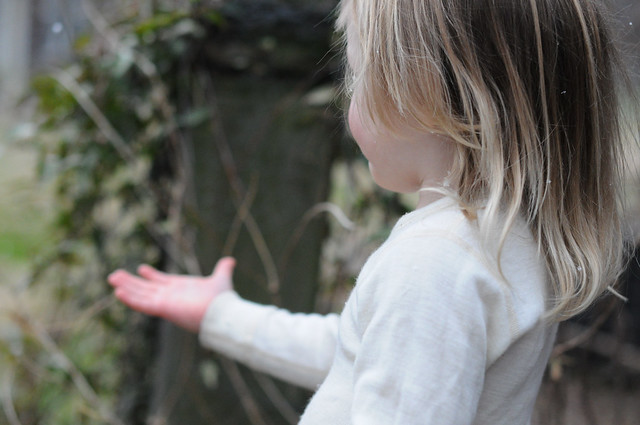 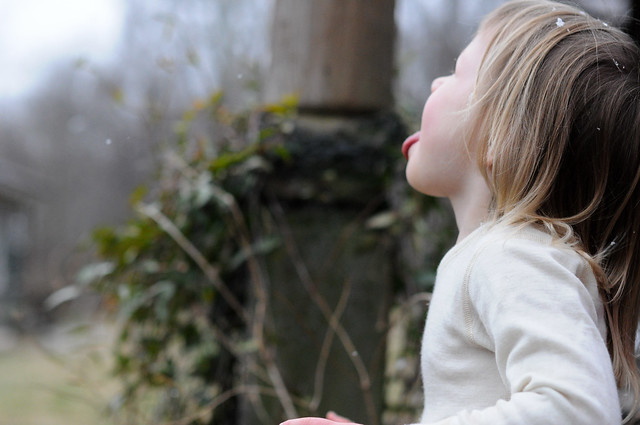 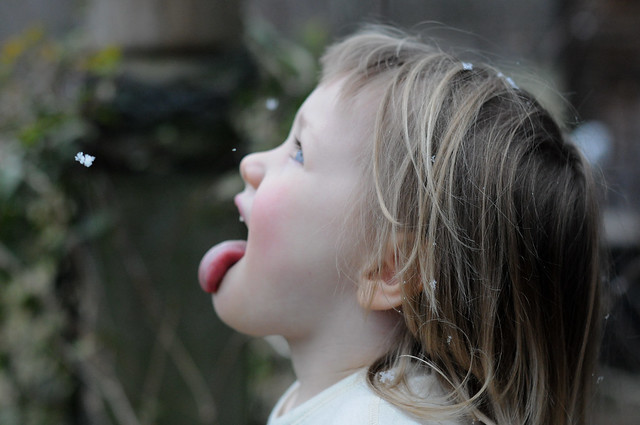 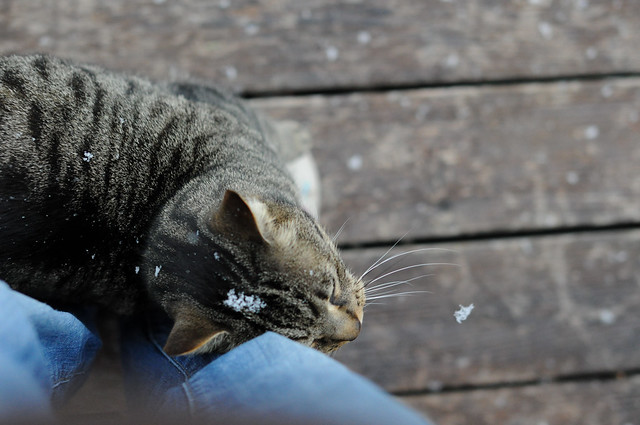 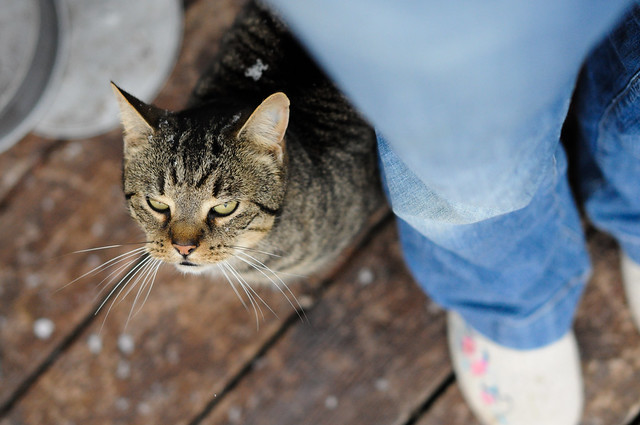 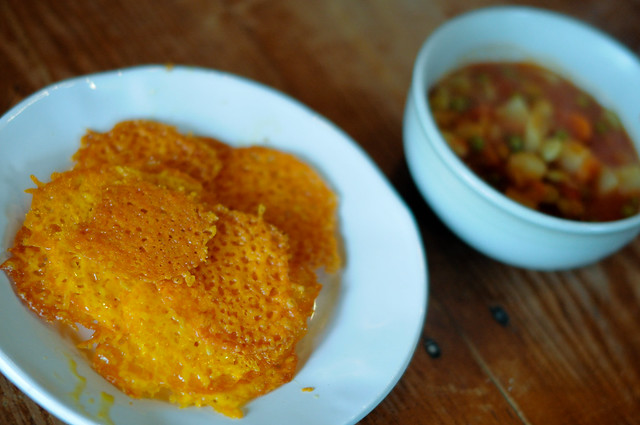 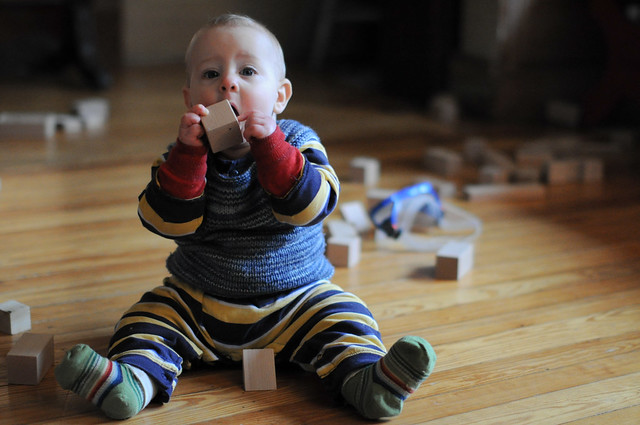 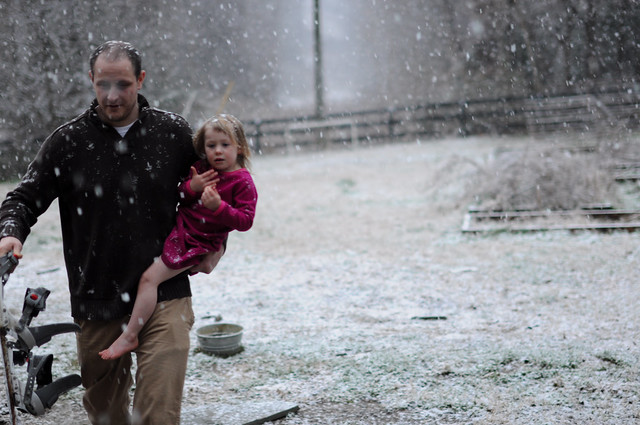 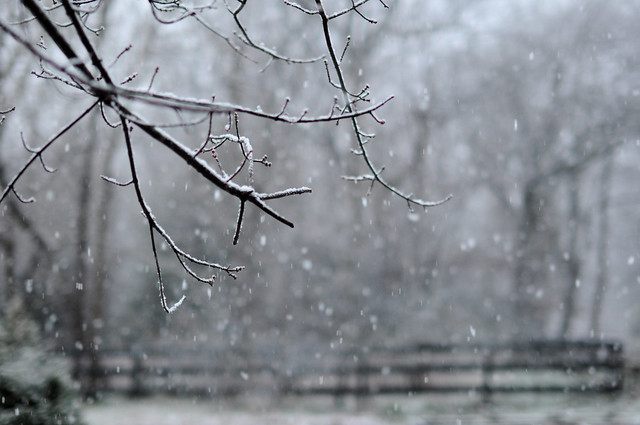 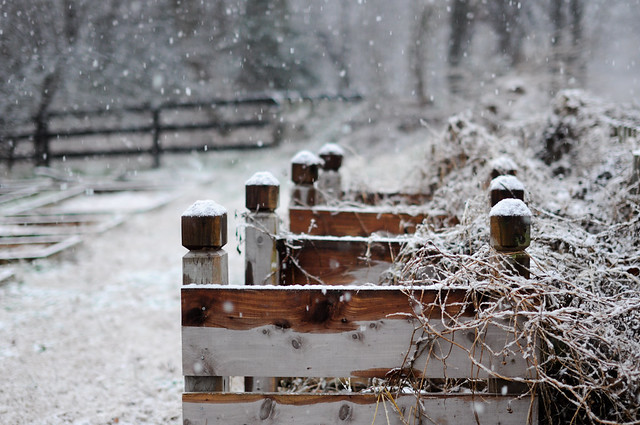 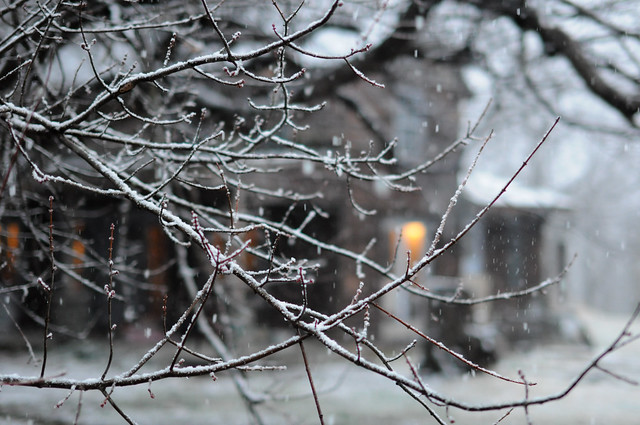 Have I ever mentioned that Beatrix speaks with a bit of a British accent?  I pretend that we owe that to a little rough patch we went through, one that prompted me to allow her to watch too many episodes of Kipp-uh on the computer for my own sanity.  Her speech is so cute, that I have no regrets about all that Kipper.

Beatrix absolutely adores snow and everything win-tuh.  There have been meltdowns on summer mornings after dreams of snow that never materialize in real life because it’s summ-uh, not win-tuh.  Unfortunately that rationale never seems to work on her.  Keats and Larkspur were never prone to meltdowns.  Beatrix is more like Seth.  I won’t say that Seth is prone to meltdowns…I’ll just say that Bea is and she is like him.  Today quickly turned into a melt-y sort of day for Bea, so soon after breakfast I tucked her into my bed with the little book basket.  Removing her from the chaos of family life and tucking her into a quiet cozy spot is often all that is needed to give her a little reset.  She seems to realize that already at age three, and will request time there.  It’s not that she really wants to be alone, she just doesn’t want to be with everyone.

Today’s snow started out as a bit of a tease, causing my kids to yell in protest as they watched the tiny flakes melt on contact.  By the end of the day though, there was enough that Jonny pulled out the snowboard he recently bought from a friend.  I am not sure what he was thinking (I am not sure what Beatrix was thinking either, sockless and in her nightgown.)  Jonny’s the eternal optimist though.  And if he can’t live in Colorado (how he would love to!) he will try to snowboard on a quarter inch of snow on the tiny slope behind our house.  Soon enough he and the big boys will be snowboarding at a nearby resort every week until winter ends. It won’t be Colorado, but at least it won’t be our backyard.  Tomorrow’s high is in the 50s, so this tiny bit of snow really was just a little preview of what my kids certainly hope is to come.  Me?  I think snow is pretty, but today’s version is all I need.  Enough to make everything white and pretty for the day, but gone tomorrow.

I am trying to make soups for lunch each day, and succeeding about thirty percent of the time.  Today I made “crunchy cheese” to go with our vegetable soup (don’t laugh!)  It doesn’t look all that appetizing in the photograph, and it’s hardly sophisticated, but it is something that my mom used to make my sisters and me when we were kids and I remember loving it.  Simply place shredded cheddar cheese in little piles (about 1-2 Tbsp per pile) on a parchment paper lined baking sheet and then bake in the oven at 350 or so until it is bubbly and turning brown and crisp around the edges.  I don’t know what made me think about it today.  My kids loved it though, and it went well with the soup (Anni has a similar recipe for Parmesan crisps in The Organic Family Cookbook.  Parmesan crisp sounds much better than “crunchy cheese.”)

p.s.  I have been asked about my tutorials and ideas page.  For some reason it didn’t make the move to WordPress.  I haven’t had time to make a new page with all those links, but realized it would only take me about ten minutes to put the links all on Pinterest.  So, if you are looking for them, here they are!