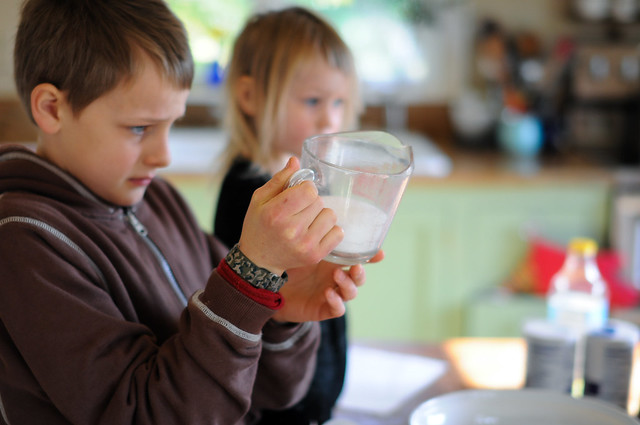 As more children have joined our family, I have gradually moved away from many organized craft projects for them with a specific finished object in mind.  Our house isn’t conducive to napping, and my youngest children rarely continue to take signifcant naps beyond 18 months or so.  There isn’t a time to do complicated crafts with older children while the younger ones nap, and the little ones always want to do what the big ones are doing. 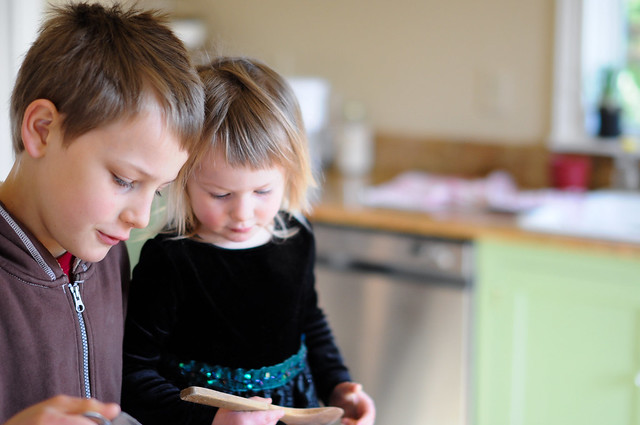 So, arts and crafts at our house are almost always pretty open ended these days.  My older children do create on their own, and I help them as needed.  More typically, I stick to facilitating creativity amongst them all at levels that the youngest to the oldest can enjoy.  The result has been a reliance on the classics, rather than exciting eye candy filled craft projects. 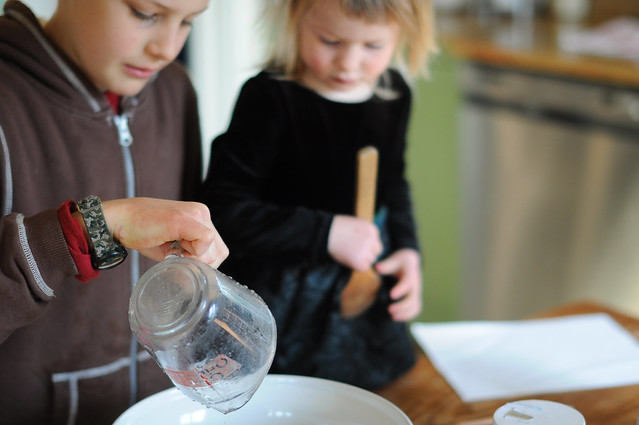 I am working to teach my older boys how to follow recipes and cook.  So, the other day when Beatrix really needed to work with her hands, I asked Seth to help make her a batch of salt dough.  Multiple craft books were consulted.  You’d never guess how many different recipes there are for salt dough!  We chose one that didn’t involve cooking on the stove . 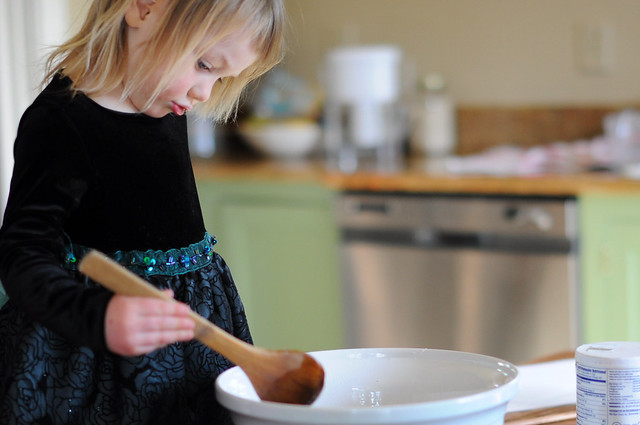 Beatrix of course took care of all the stirring. 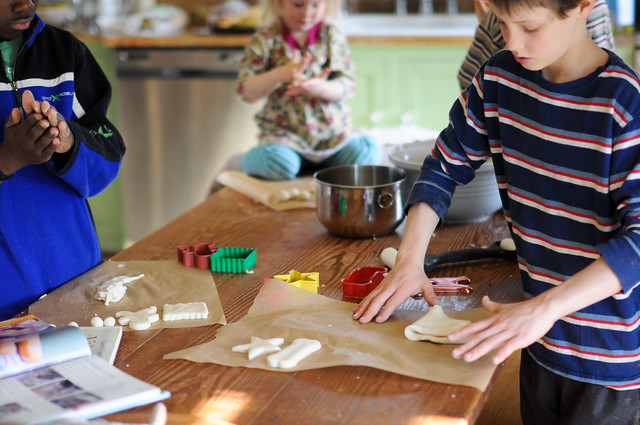 The salt dough fun lasted for some time (and through multiple outfits on Bea’s part.) 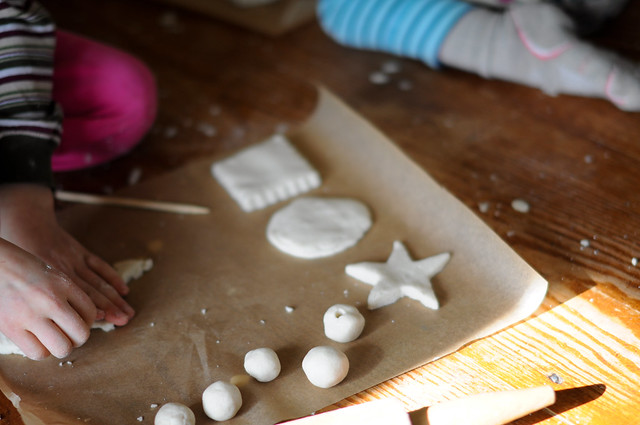 Beads and basic shapes were made and baked.  Eventually the leftover dough was taken outdoors where the girls used it to hold “trees” made from twigs, creating little scenes using other bits and pieces from nature. 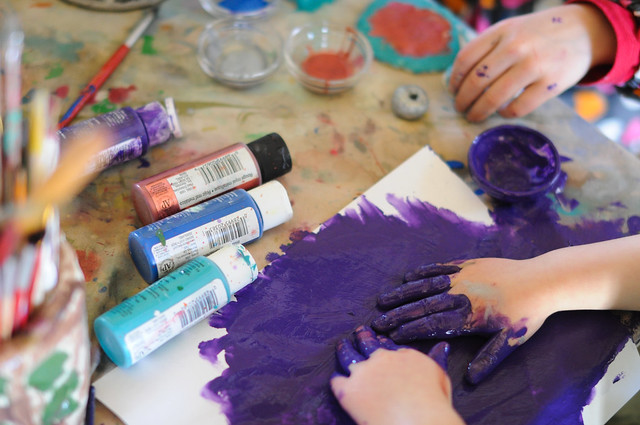 Yesterday, Larkspur asked if she could paint her beads, and I said that she could.  I checked in with her minutes later and discovered Beatrix finger painting with acrylic paints.  Sigh. 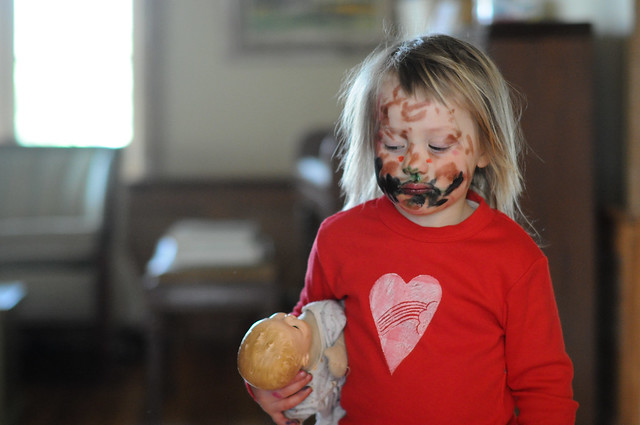 Not long after the paint mess was cleaned up, we received a package in the mail from my mom that included blank journals for each of us.  Beatrix was so cute, with a jar of markers and her new journal, “writing” on the pages.  But mere moments later, my back turned, her face became a jumble of black and brown with accents in red and green.  Another sigh.  At least she didn’t draw on her new shirt or her doll.

dissolve salt in warm water before adding flour and oil.  Mix until it’s a nice consistency.  You may have to adjust water or flour amounts to get the dough to the right (not too sticky) consistency.

If you want to bake finished objects, bake at 210 F for an hour or so.  It is a good idea to flip objects about halfway through the cooking time.

p.s.  I found it best to let the bits and pieces of dough that ended up all over the kitchen floor actually dry and harden before cleaning them up.  Once they were dry it was easy to sweep them up.