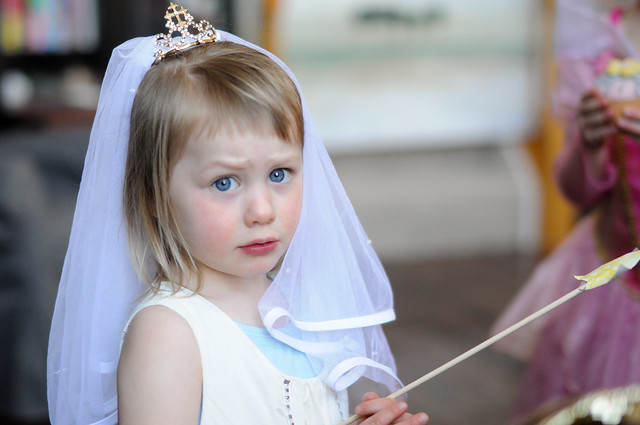 The only day of the week that Beatrix knows is Tuesday, dance class day.  Well, she probably knows Sunday as well.  But I must admit, she gets more excited about Tuesdays. 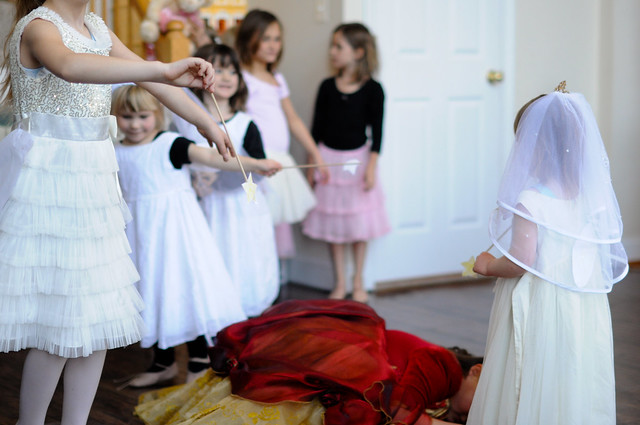 For the past two weeks the little girls have been led by my friend Lori’s daughter.  They have staged these really elaborate (and rather long) dance routines.  It’s all very dramatic and wonderful. (you know, the good kind of dramatic that doesn’t involve whining or crying.) 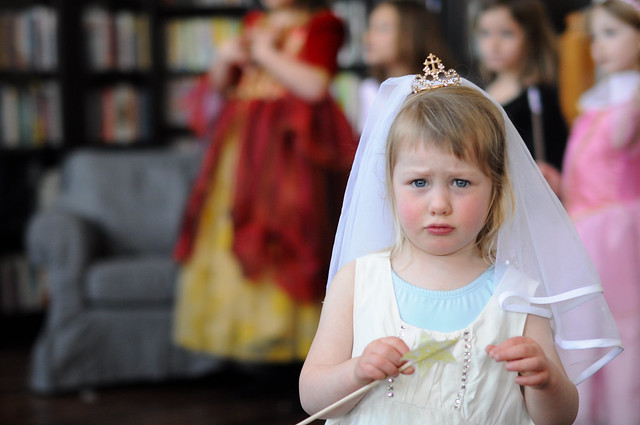 For some reason, Beatrix dropped out of the routine early in this week’s performance. 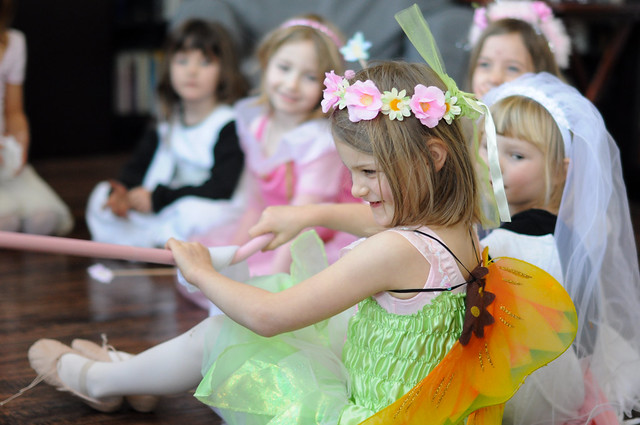 Larkspur was thrilled with the whole thing though and stayed unusually focused.  She loves this class so much and is making little girlfriends for the first time ever.  I swear it’s “Mary Elizabeth this, and Mary Elizabeth that….” 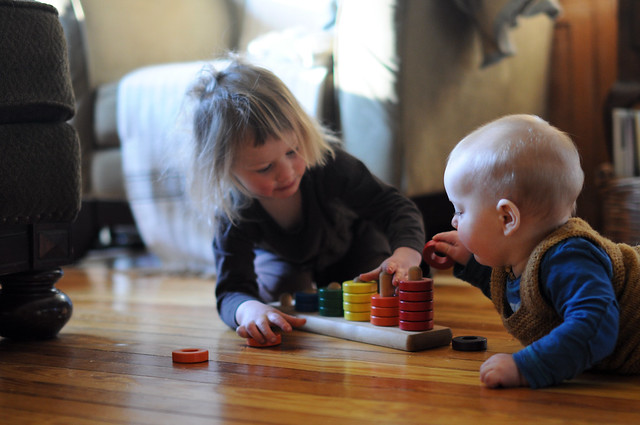 Meanwhile, well, not meanwhile, but that would sound good.  Ummm….later that day….I got this old ring stacker down from my closet for Silas to play with.  I’ve had it since Seth was a baby.  I love that in this photo, Silas totally looks all advanced like he is about to stack that ring right where it goes on the red stack.  But really, he’s just pulling it off. 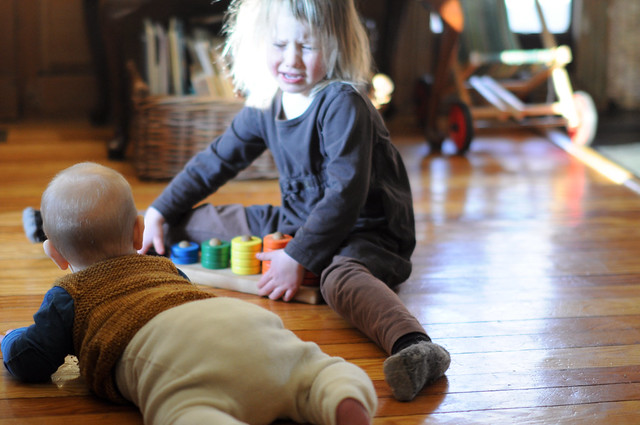 He didn’t get to play for long before Beatrix decided that she wanted to keep everything neat and tidy and basically told him to get lost.  “No, Si Si!” 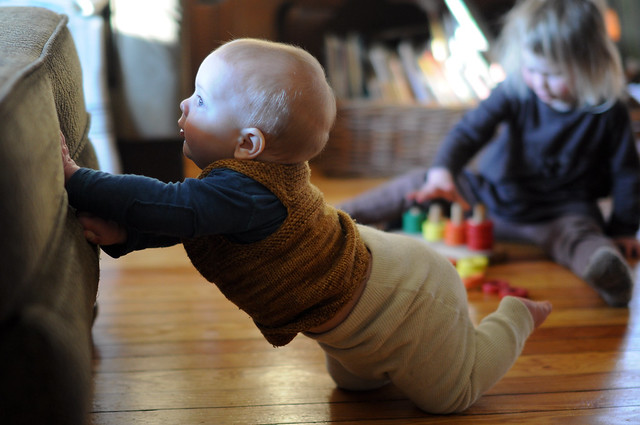 He didn’t mind.  He would rather practice standing.  That is what I am referring to in the title of this post.  The answer is no, I am not ready. 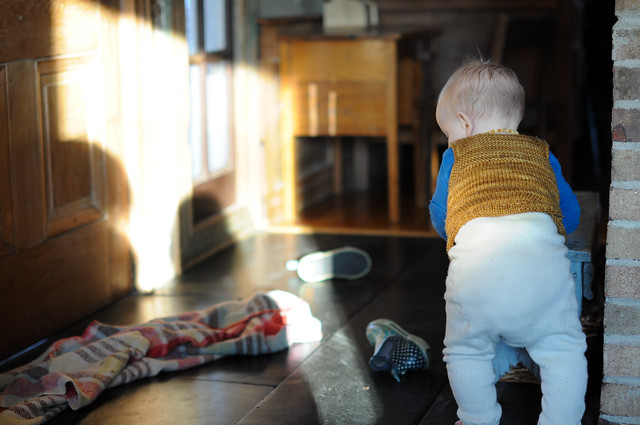 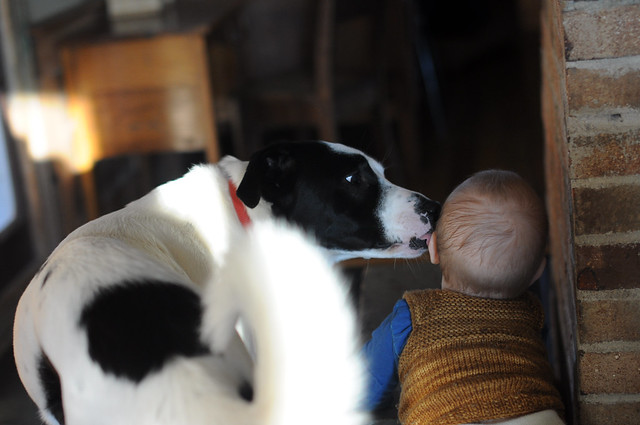 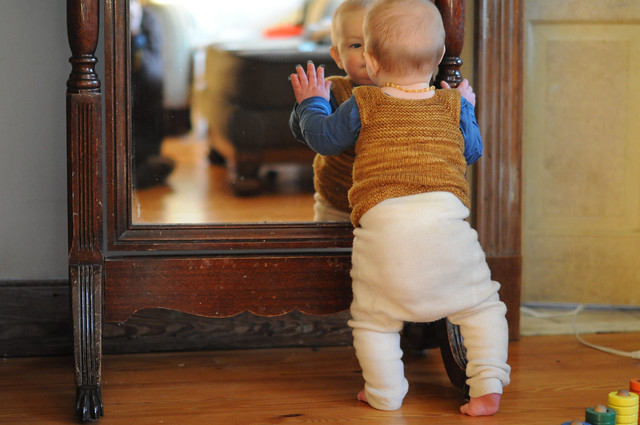 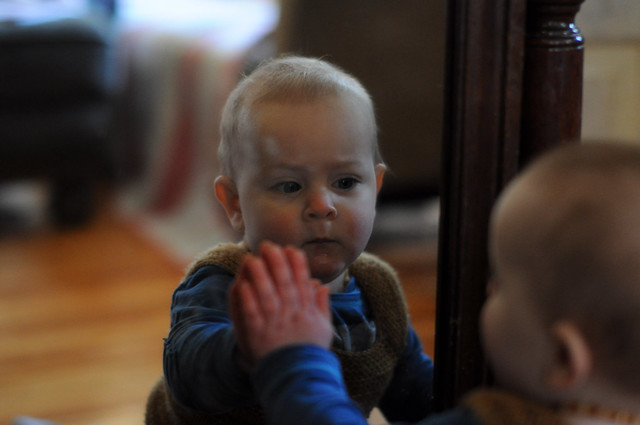 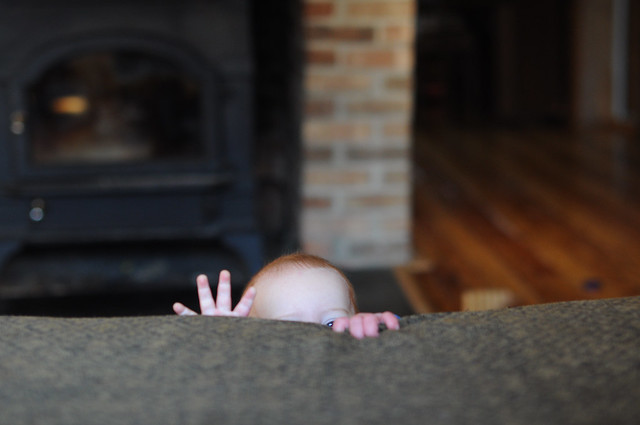 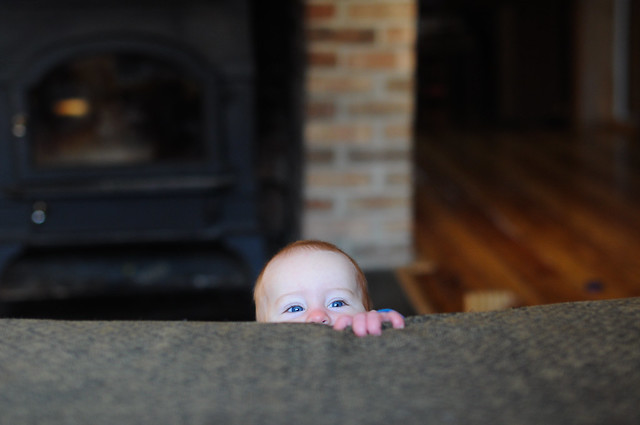 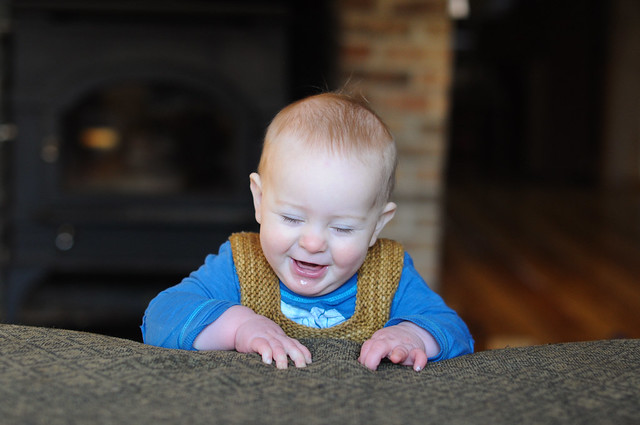 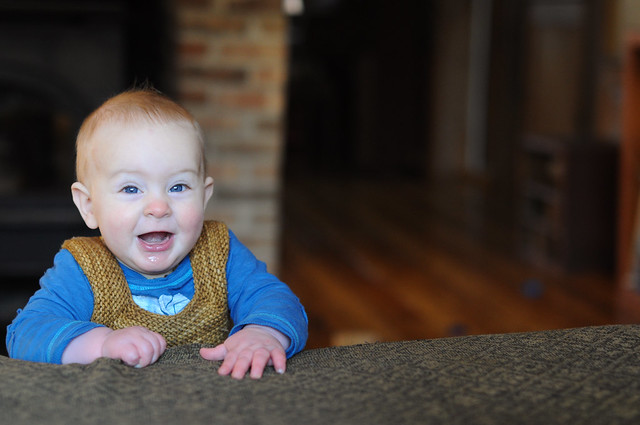 I am not ready for this boy, 8 months old in less than a week, to start standing up (and falling down and bumping his head…constantly.)  This stage is difficult.  I want to protect him, our dear Silas Lolek…but I don’t want to hold him back either.  Wait a minute, maybe I do want to hold him back….Just six months ago, he was an infant.  Six months from now, he’ll be a toddler.  But we all know this, that the time goes so very fast.  It’s easy to forget in the early hard months when life feels like chaos and you can’t get anything done.  But then time passes, things get easier, and before you know it your baby is trying to stand up. (And of course you still can’t get anything done, and life is still chaotic.  It’s just easier somehow.) 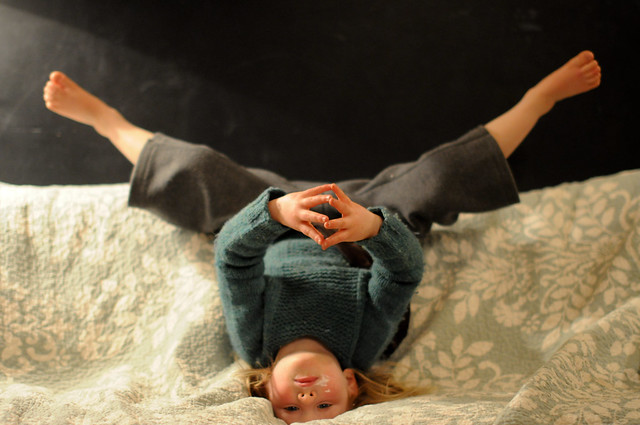 Oh, and before I go, I must show you what Beatrix was doing the other night after dinner (with a bit of dinner still on her face.)  She must have been there for a minute or so before we noticed her over there, carefully touching fingertips to fingertips;  meditating I am sure on what her next mischievous deed might be. 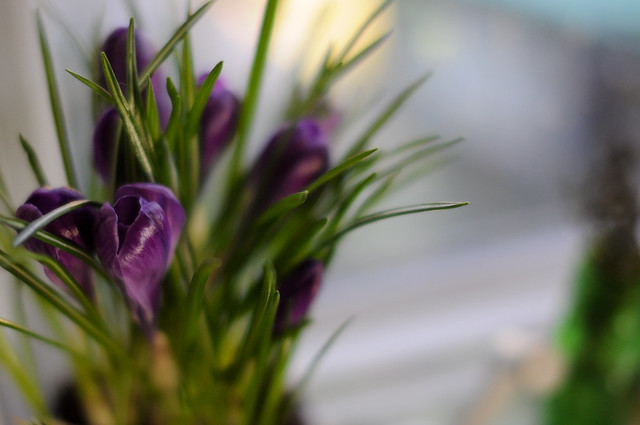 There are daffodils coming up in my front yard.  That’s not normal.  It’s January. 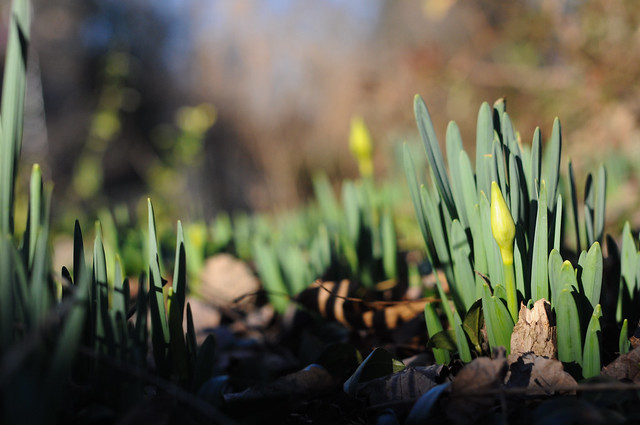 p.p.s.  I added a F.A.Q. page after meaning to do so for ages. You can access it via the tab above my header photo.

p.p.p.s.  I am hosting a super great giveaway this weekend, so check back!