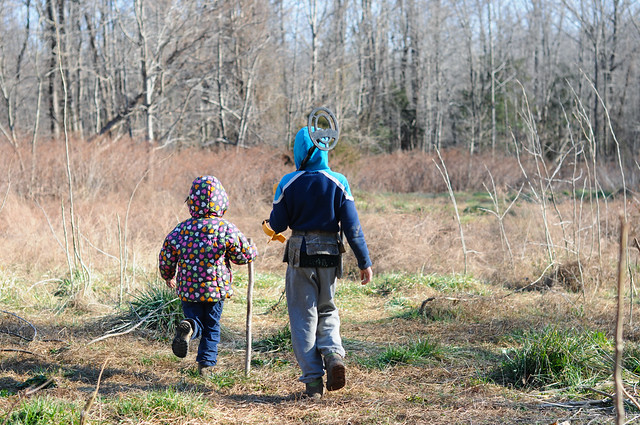 “Mommy, let’s put my buffalo nickels and those civil war bullets I found on your blog.  That’d probably cause a commotion.” 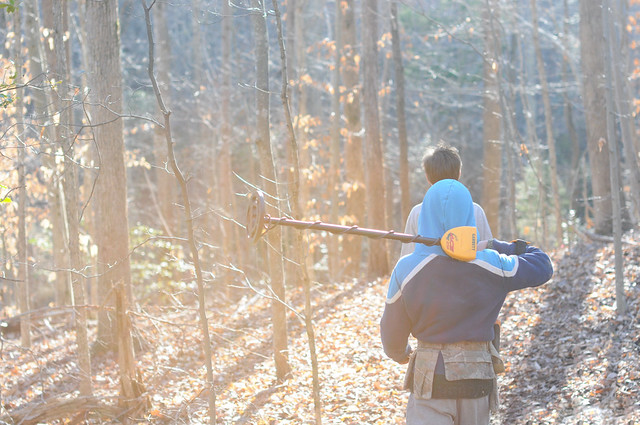 I give you Seth: 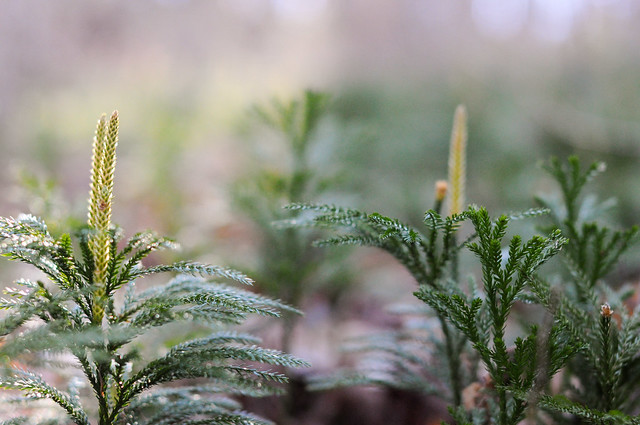 “This photo does not belong here.”

Ginny here.  “Yes, it does.  Pretty scenery is important.” 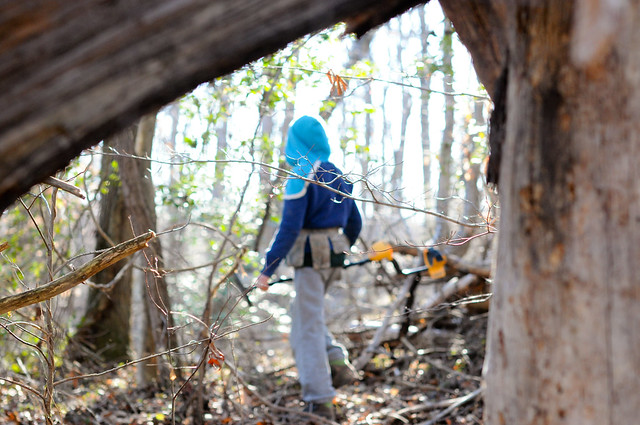 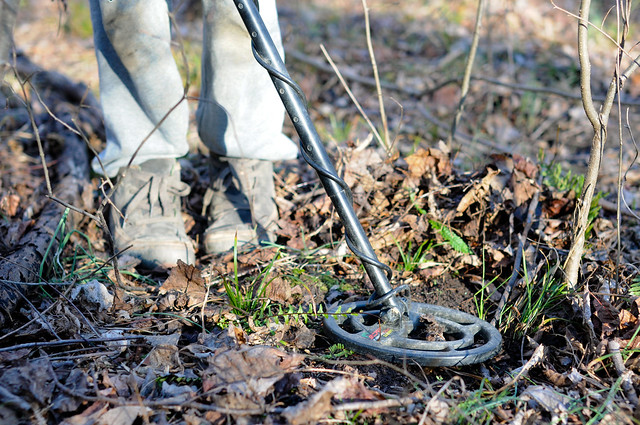 “My first signal of the day.  But I couldn’t find anything.” 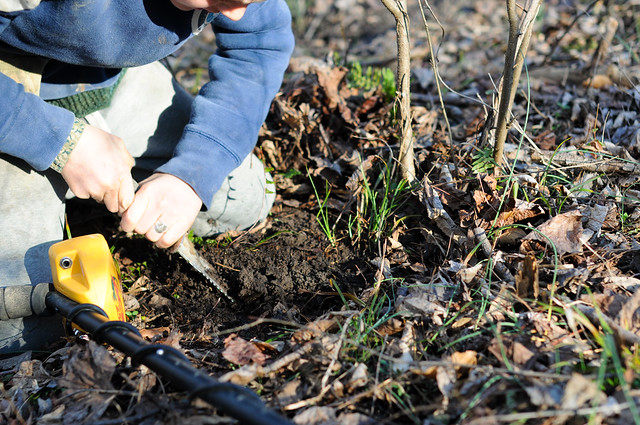 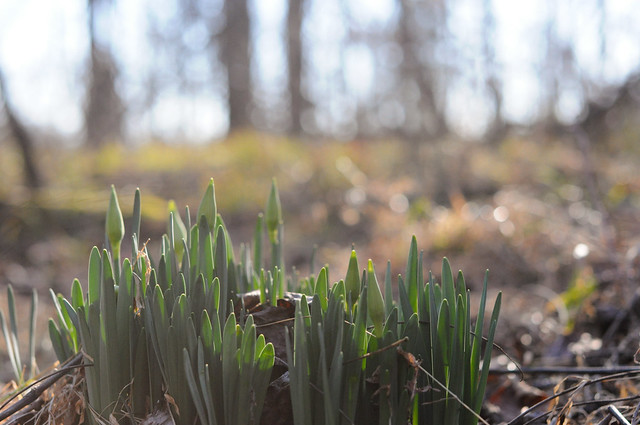 “Another photo that doesn’t belong here.” 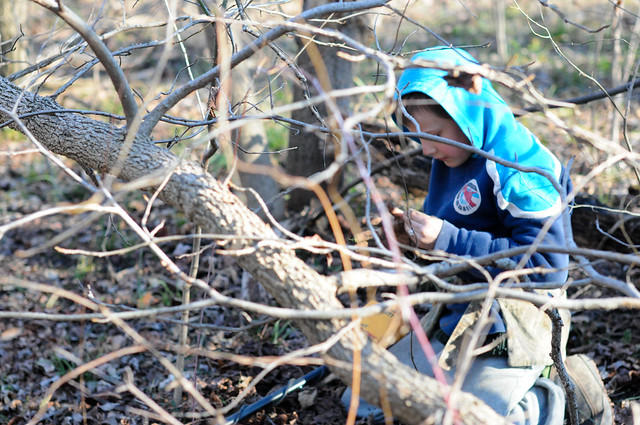 “I found a wheat penny on my second signal.” 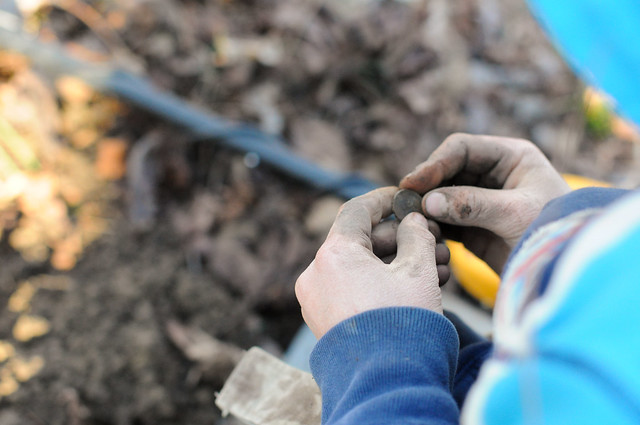 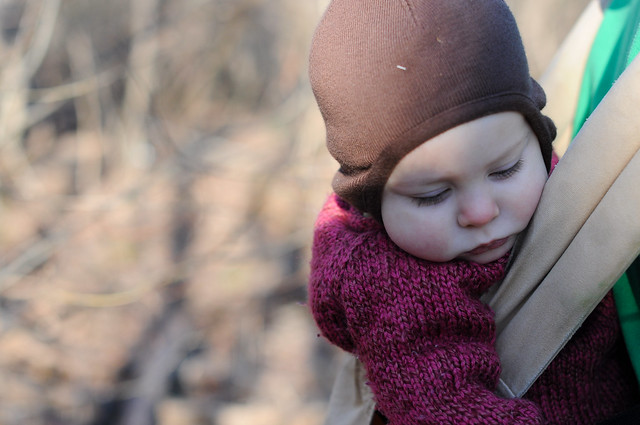 Ginny here.  Seth says this one doesn’t belong.  I disagree.  I thought you might want to see Silas in a handsome pink sweater.  Seth says I am not allowed to link to sweaters on his post.  But, it’s on my Ravelry page.  It was originally Beatrix’s. (I’m not cheating Seth.  There’s no link.) 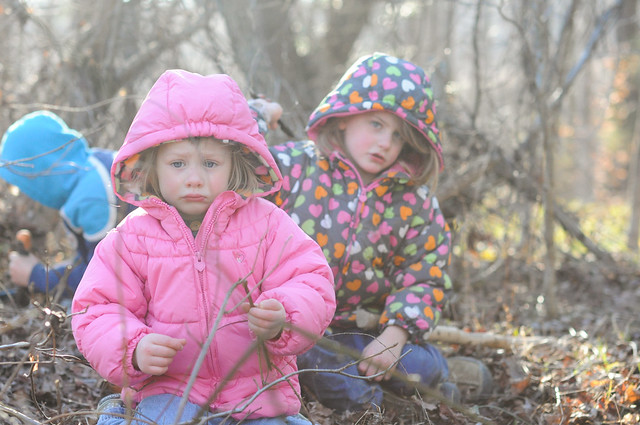 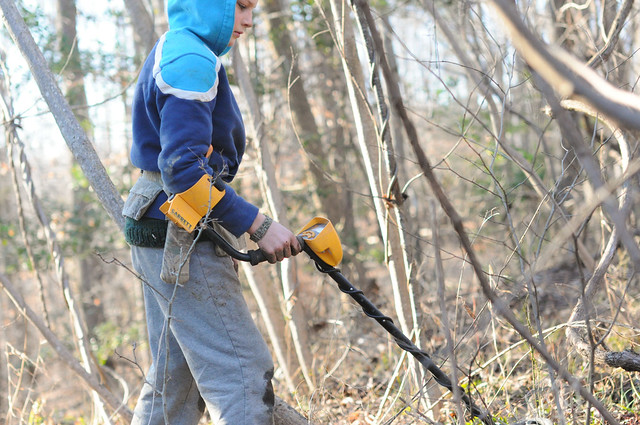 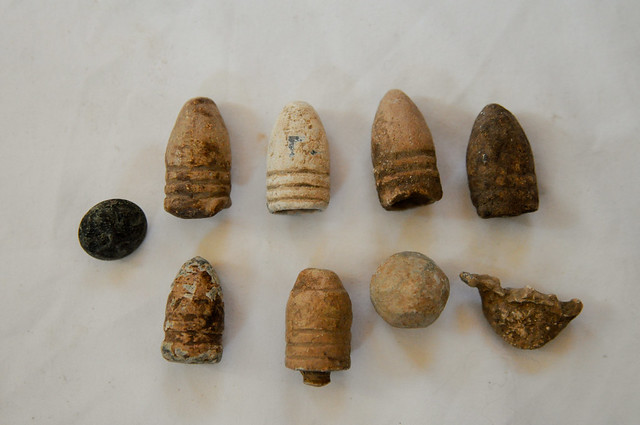 “Seth where did you find these?”

“I found most of them in the woods around our house.” 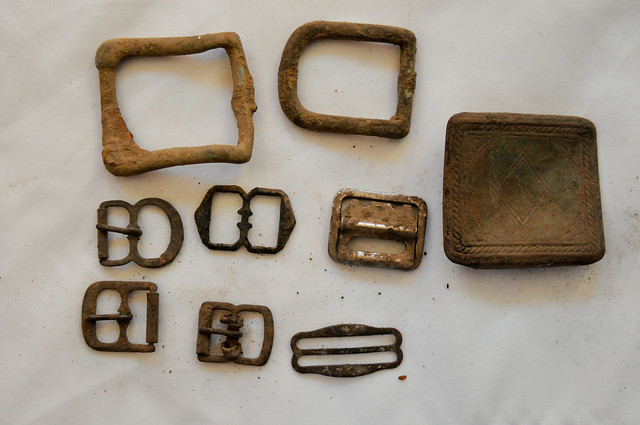 “Buckles.  My favorites are the little shoe buckles.” 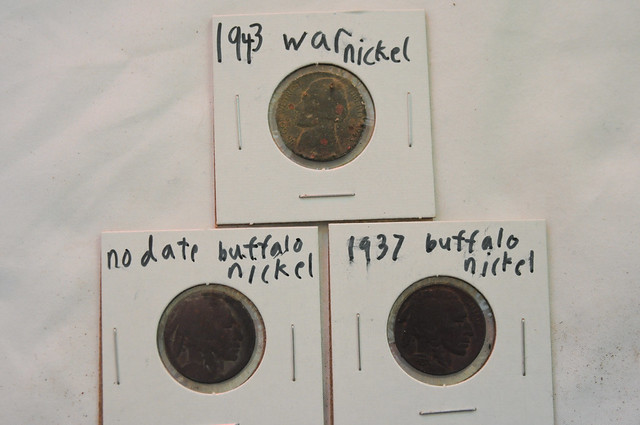 “The top coin is a very corroded war nickel.  It’s 35% silver.  During the years 1942-1945 nickel was needed for things for the war, so they made the nickels with an alloy of copper, manganese, and silver.

I found both buffalo nickels at the homesite that is pictured in this post.  Buffalo nickels are rare and I wish the one with its date worn off still had its date there.” 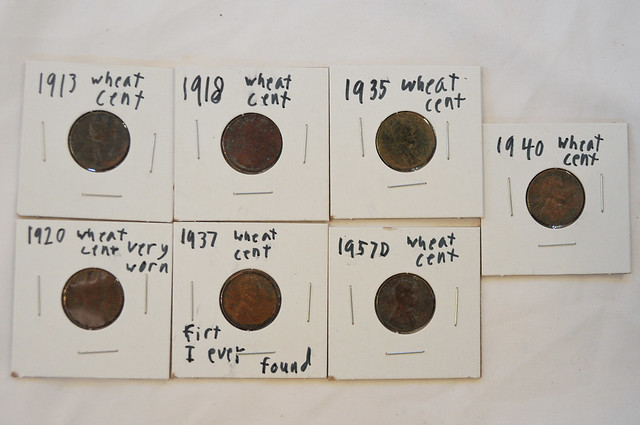 “The wheat pennies that are clean enough to put in sleeves are in this picture.” 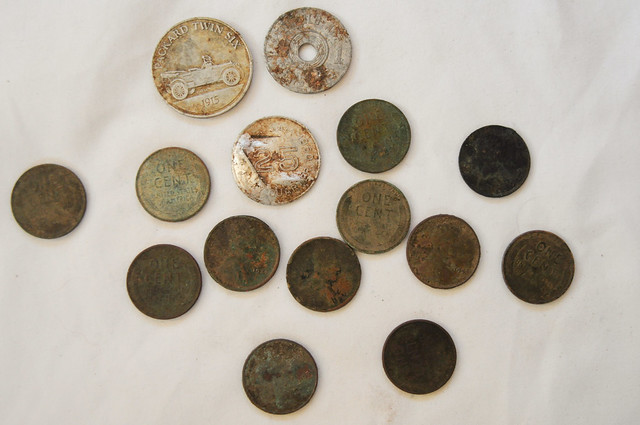 “Wheat pennies were made between 1909 and 1958.  My oldest is in this picture and I found it the day that mommy took the pictures in this post.  It’s from 1911.  There are three tokens in this picture too:  one play quarter, one tax token, and a sunoco car token from 1968.” 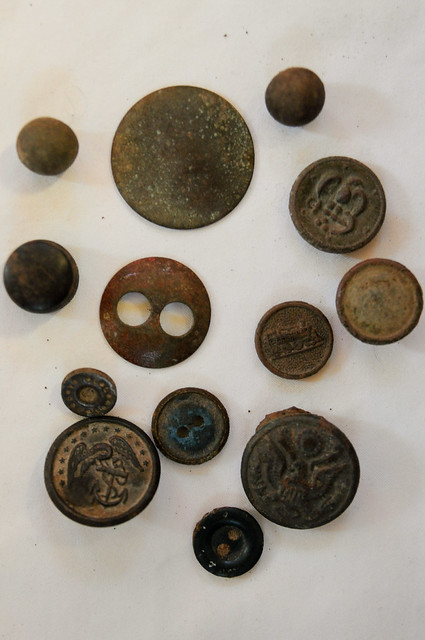 “These are the old buttons that I’ve found.  Guess which ones are the military buttons?” 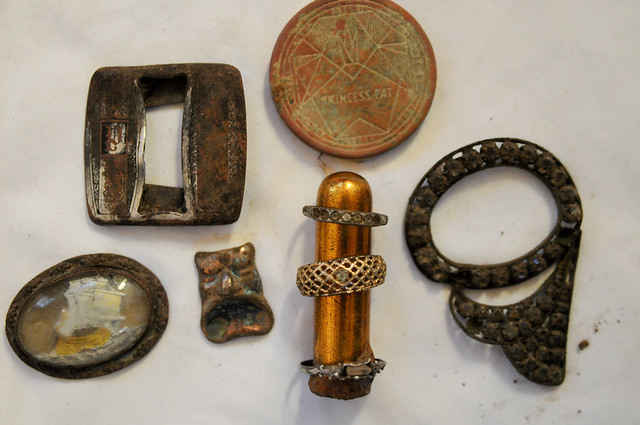 “There are three rings on the old lipstick tube.  The bottom one is sterling silver.  The princess pat is a makeup container, and the thing in the top left corner is a watch holder that would have been attached to a belt.” 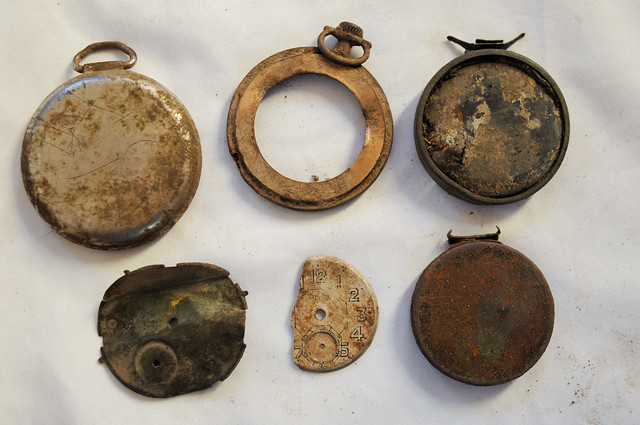 “These are watch parts.  The two bottom left pieces are faces.” 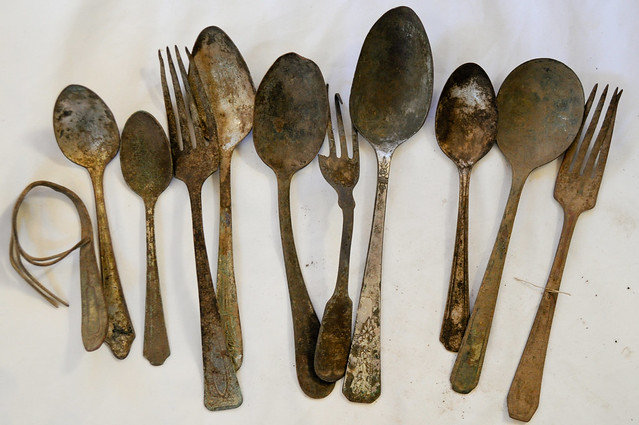 “Most of this silverware is silver plated.” 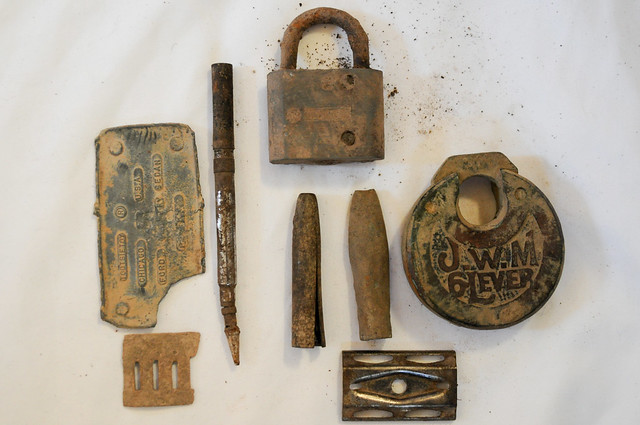 “I got my metal detector for my birthday from my Grandad.  It is a Garrett Ace 250

and I would recommend it to anyone willing to spend a bit of money.  You can read more about their metal detectors on the Garrett website.  I would also recommend the Bounty Hunter Junior

p.s.  Dear friends, Seth is hoping to hear from you.  If you have any treasure hunting stories of your own to share, we’d love to hear them!