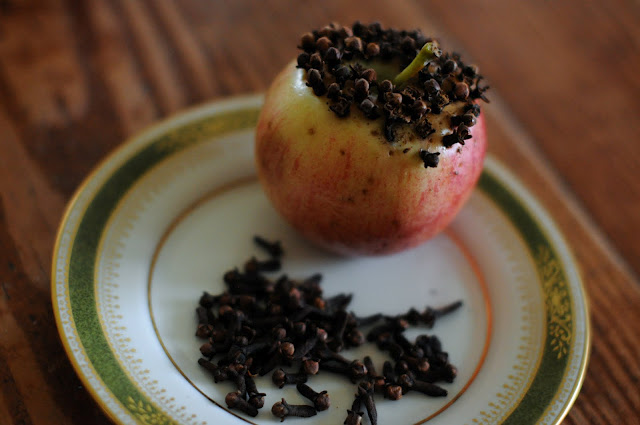 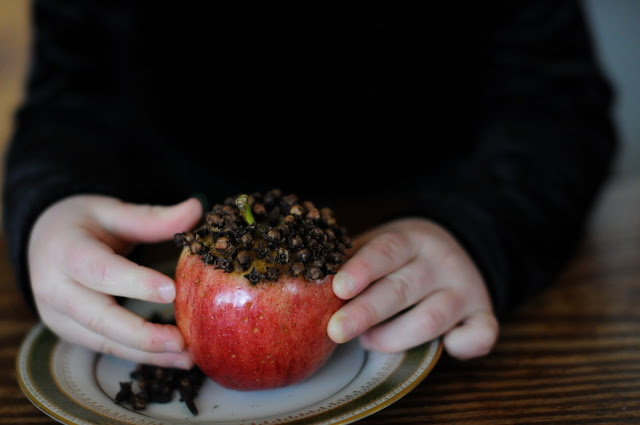 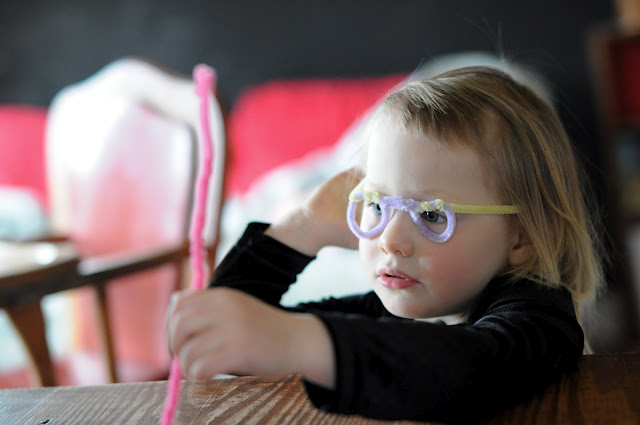 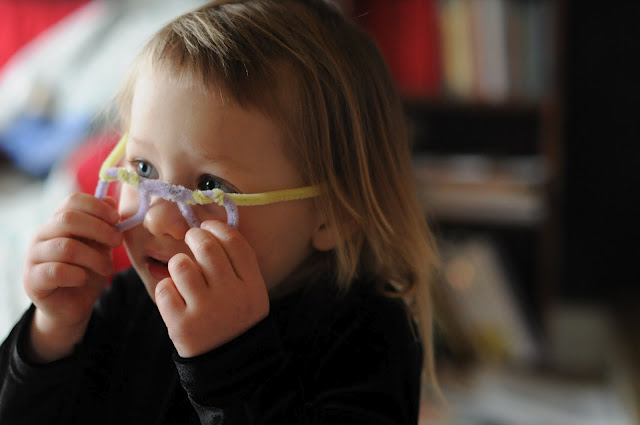 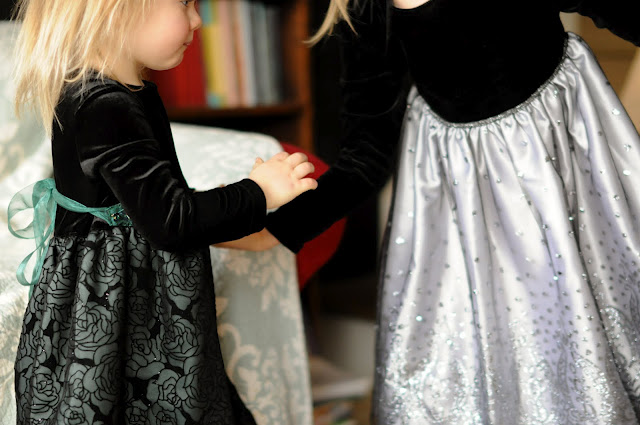 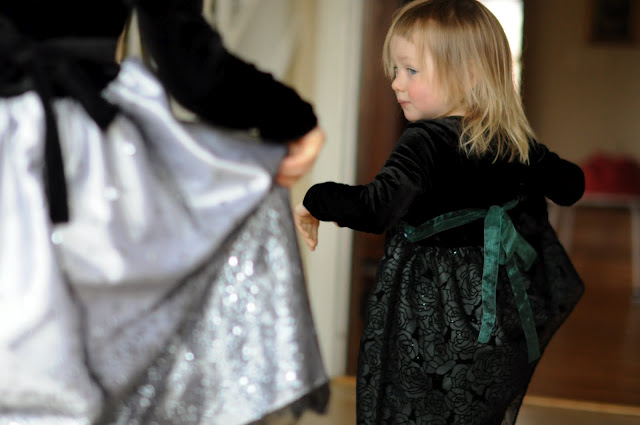 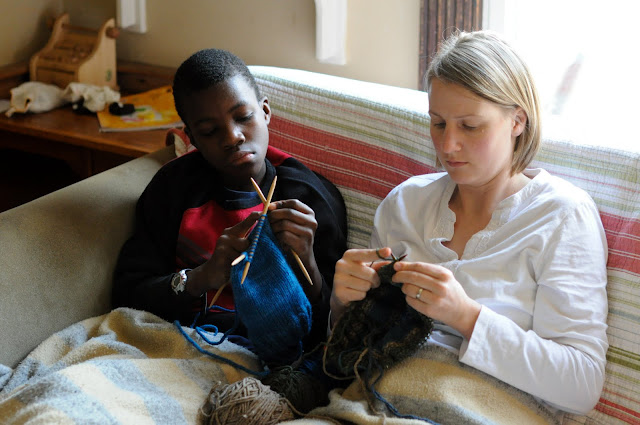 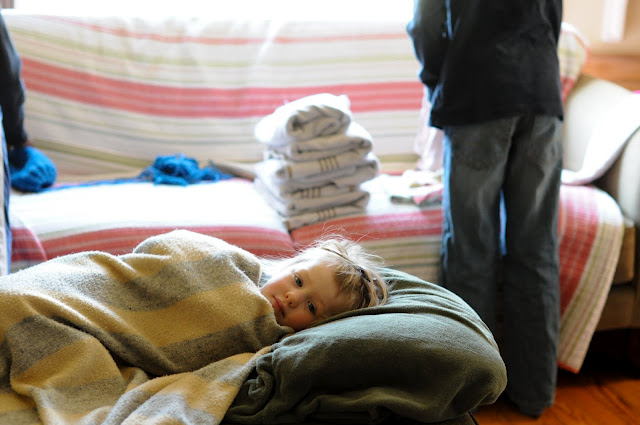 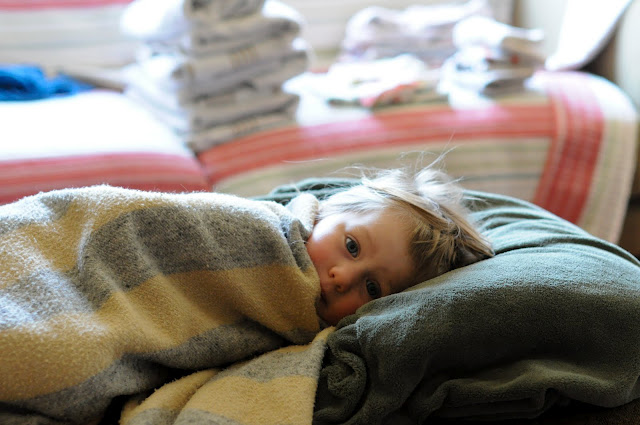 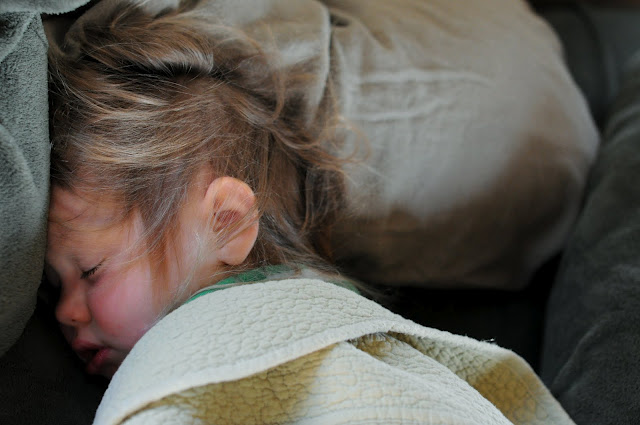 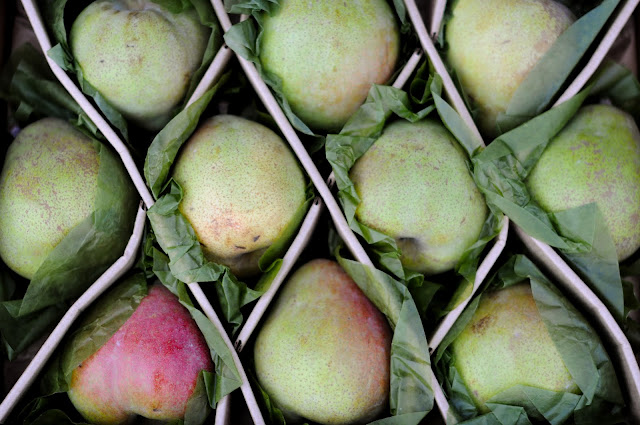 Our week was not filled with what I had planned for it to be.  That’s to be expected though, right?  It’s not that we ended up doing things much differently than I had planned, it’s that the focus was shifted.  I have spent hours on the phone discussing Gabe’s test results with friends and with professionals, trying to decide how best to move forward to help my sweet, smart boy.  I’ve struggled with nasty feelings of failure.  I’ve added phrases to my vocabulary like, “poor working memory.”  I have absorbed the wisdom of friends helping to remind me that “God knows, and God loves.”  And now we have a plan, and I have peace:  peace, that in these nearly three years with Gabriel, God has been working to knit us together as a family and He knows what He is doing.

And speaking of knitting, Gabriel knit himself a hat this week.  He would have completed it in a day had I been able to sit with him through the decrease rounds on those double pointed needles.  Yesterday we spent a cozy hour or so on the couch together and he finished it up.

As always, there were so many opportunities this week to stop and say, this is just so good.  The way everything is always timed perfectly, even if I don’t understand.  The day that was threatening to end in tears for me, until I saw Jonny carrying the mail into the house, a box of fruit in his hands.  A gift, arriving just when I needed it, so I could say thank you.

And then there is Beatrix:  Beatrix and I, and eventually all of my children, worked together to make a pomander ball from an apple and cloves this week.  Bea likes to do things, “just so.”  She would pass me the apple, and then hand me a clove to insert into it’s red skin.  Then, I did the same:  handed her the apple and one clove.  And so we went, back and forth until we were interrupted.  I finished the apple myself late that night, sprinkling it with cinnamon and then wrapping it in tissue paper to dry for the next week or two as instructed by The Butt’ry Shelf Cookbook.

I made a run to Hobby Lobby with Larkspur and Beatrix, and now my house is back as it should be (according to Larkspur):  littered with pipe cleaners.  Bea was very busy this week, busy with the scissors again.  You are welcome to shake your heads at me, as we all know this wasn’t the first time (nor the second) that she has given herself a trim.  Those short jagged bangs do make her look quite studious though, especially when combined with her new “glasses.”

And now, it’s Friday morning and I have been asked when I will be “off” the computer.  So I better run.
But two quick things first:
1.  I am hosting a giveaway this weekend, so be sure and stop by for that.
2.  There is a glitch somewhere with this blog causing a handful of people including myself to be unable to reach it periodically, although the glitch always straightens itself out after a minute or three.  People viewing in readers or via email aren’t having problems that I know of.  If you have had a problem visiting my blog yourself, would you mind emailing me at ginnysheller(at)gmail(dot)com?  I need to get an idea of who is being affected and if you could include your location and your internet provider, that would be helpful.  I also think there might be a a problem with the commenting system.  Have you had any trouble leaving a comment?