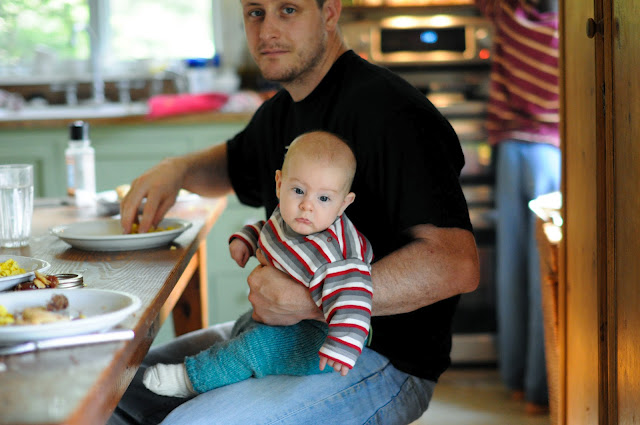 Tonight on the way to Mass a funny conversation began about what makes “a real man.”  Eight year old Keats adamantly claimed that he is a “real man.”  Jonny jokingly agreed that making a diving backhanded catch in this morning’s baseball game did indeed make him a “real man.”  Then Jonny became a bit more serious and reminded all of our boys that they are still just that, “our little boys.”  We’re going to hang on to having little boys for just as long as we can.  At some point though, telling them that they are still our little boys won’t stop them from becoming, “real men.”  I hope they all turn out to be men who love to hold babies, just like their dad. 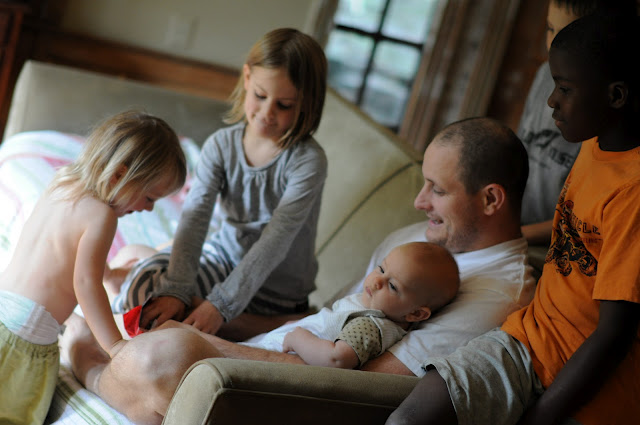 We celebrated Jonny’s birthday last week.  Gift buying for him is so very hard.  He knows what he wants and is best left to pick it out himself (this year he bought a mandolin with some help from my mom and stepdad.)  Larkspur desperately wanted to buy him a gift as well, and she was on a tight budget with only a dollar and some change in her wallet. 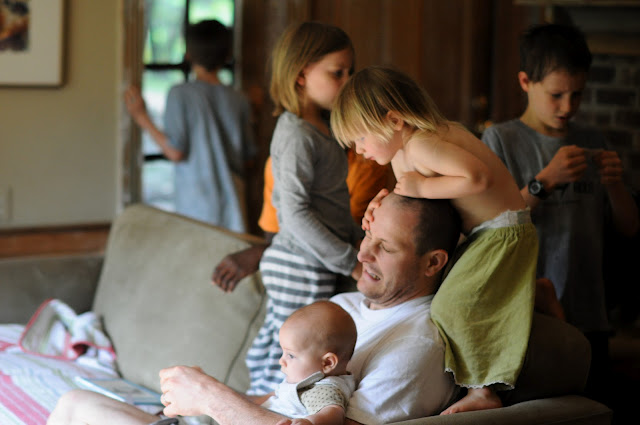 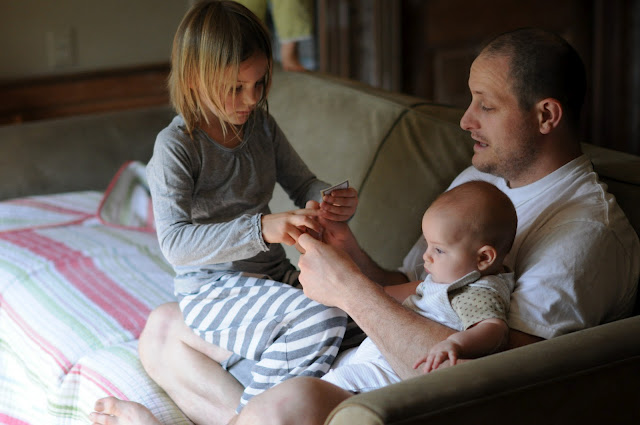 We drove to the local Catholic bookstore so she could purchase him a new scapular, as his are always falling apart.  She carefully chose the one she thought best. 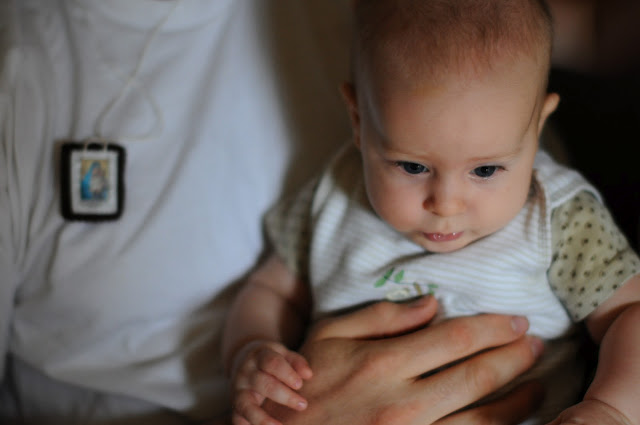 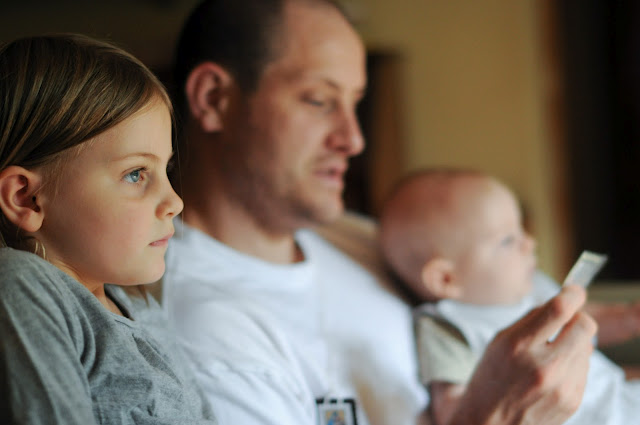 She decided that he also needed one of those little pocket coins meant to remind you to pray that depict different saints.  She very seriously took her time choosing the one she thought most beautiful.  She finally made her choice and brought me a St. Agatha coin.  The card with the coin explained that St. Agatha is the patron saint of breast disorders.  I giggled with the woman behind the counter and Larkspur decided to swap for a Holy Spirit coin.  Of course Jonny just noted that he doesn’t even know where that coin is now.  We suspect that Larkspur really wanted it for herself. 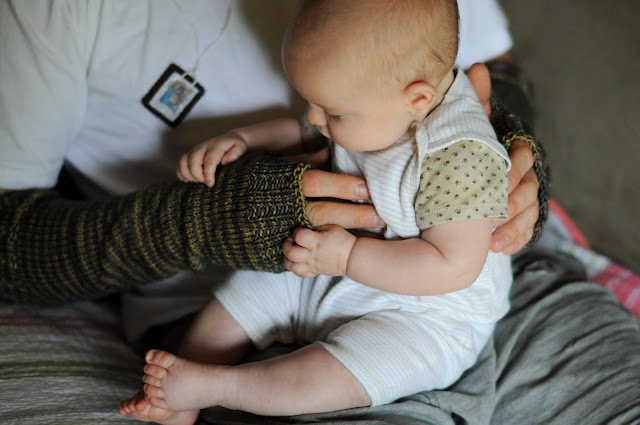 Jonny was kind enough to make one special request from me this year, kind because the gift required knitting, and he even chose what he knows is my favorite yarn to knit with.  His office is very cold in the winter, so he asked for fingerless mitts that would cover his entire forearm.  I was glad to be able to make him a gift that he really wanted. 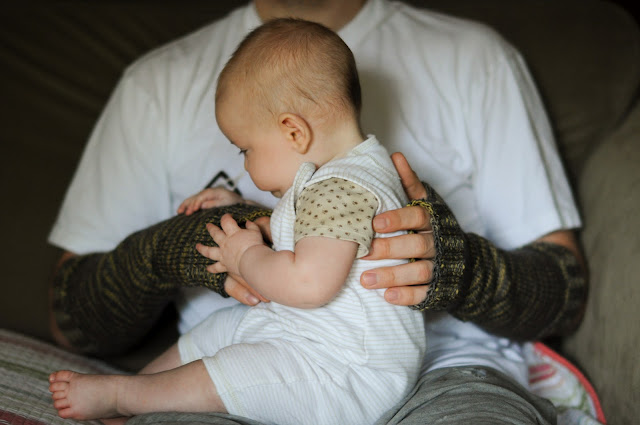 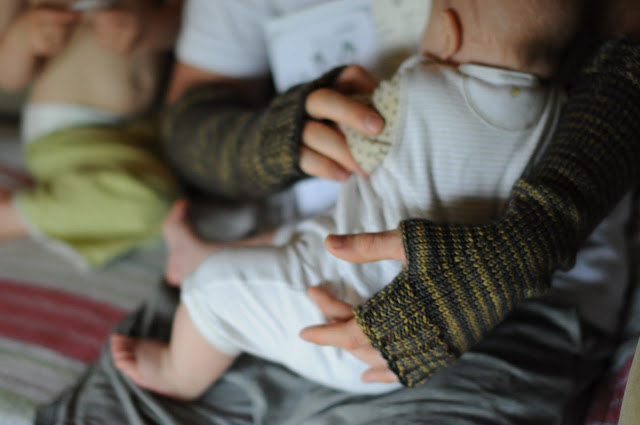 He even modeled them, while holding a baby of course, so that I could take pictures.