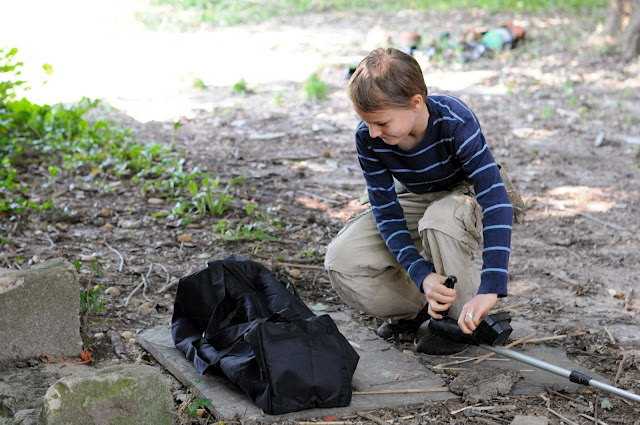 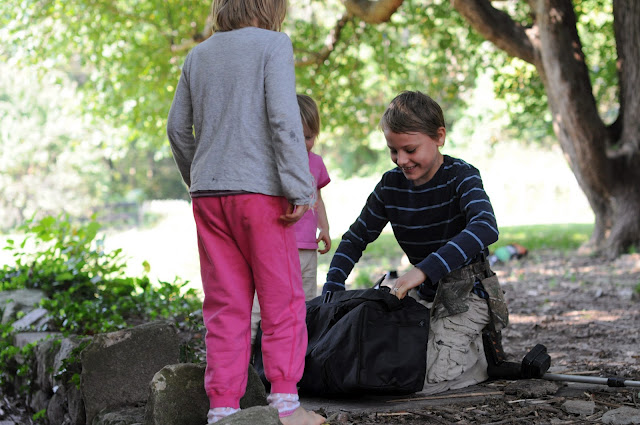 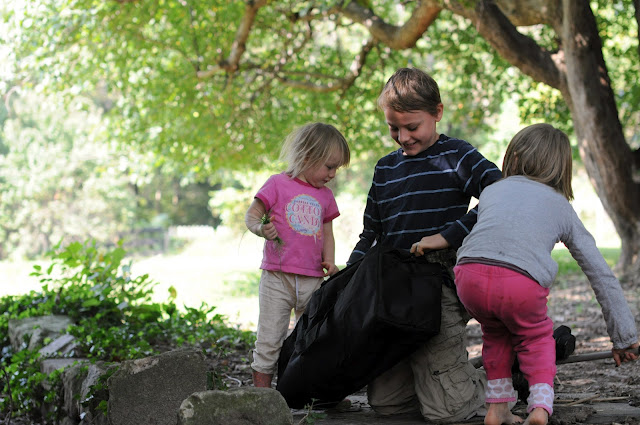 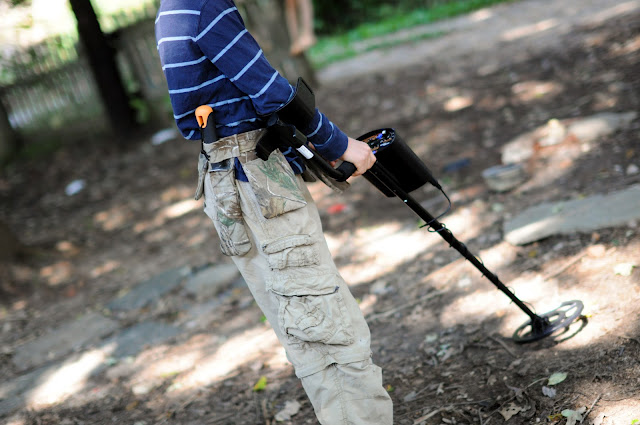 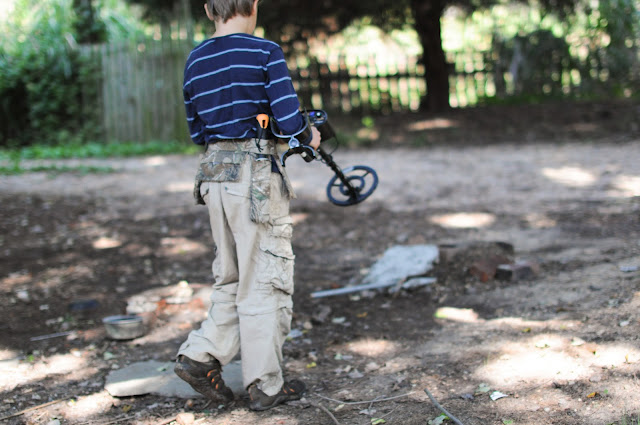 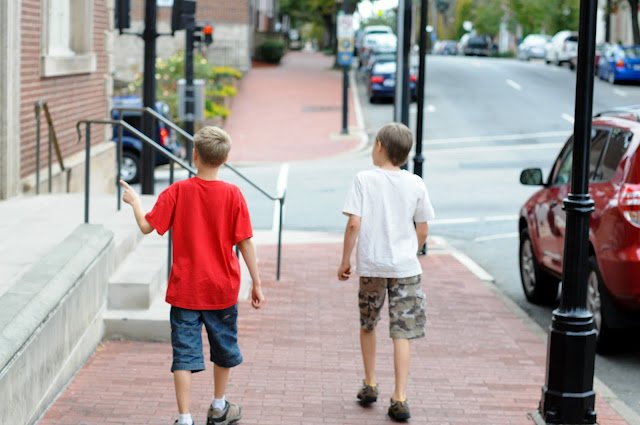 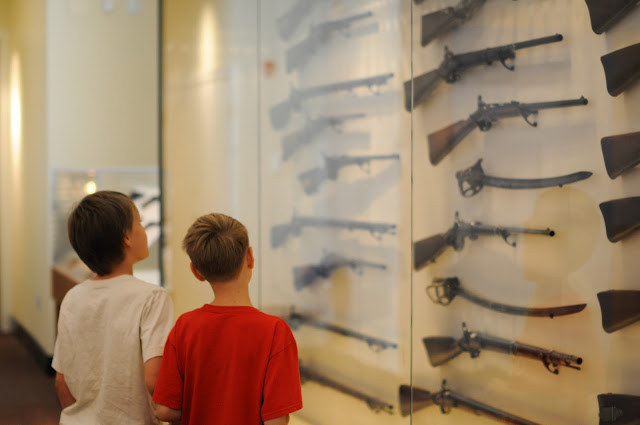 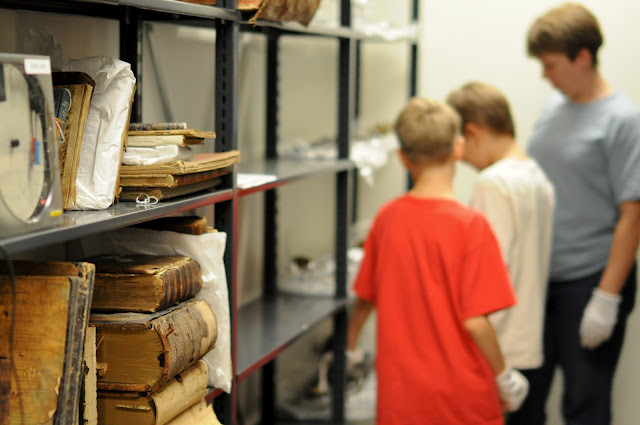 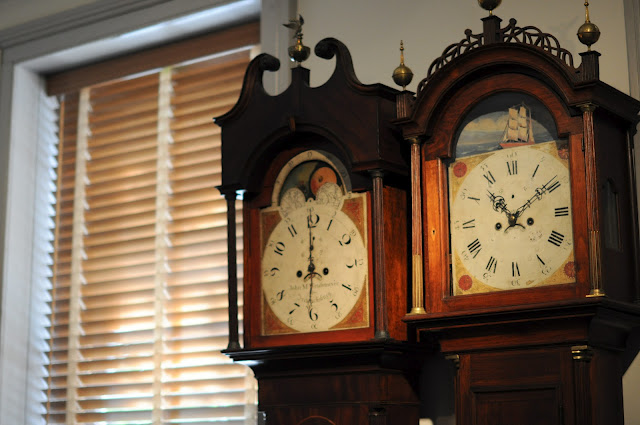 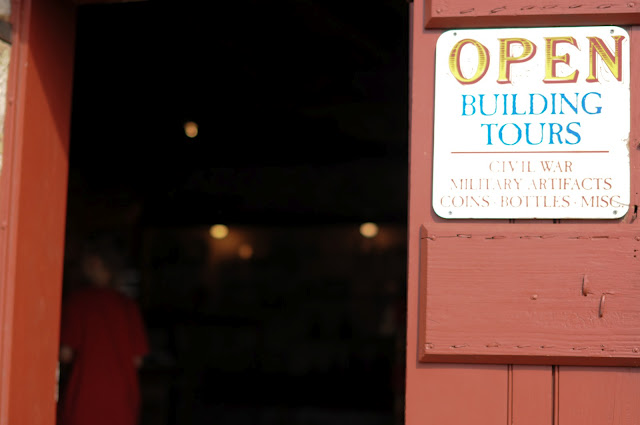 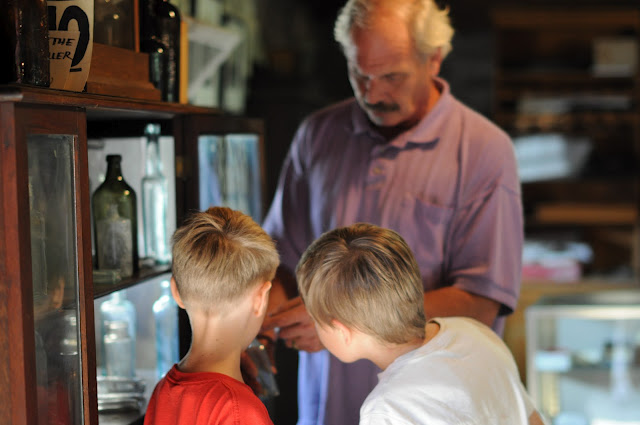 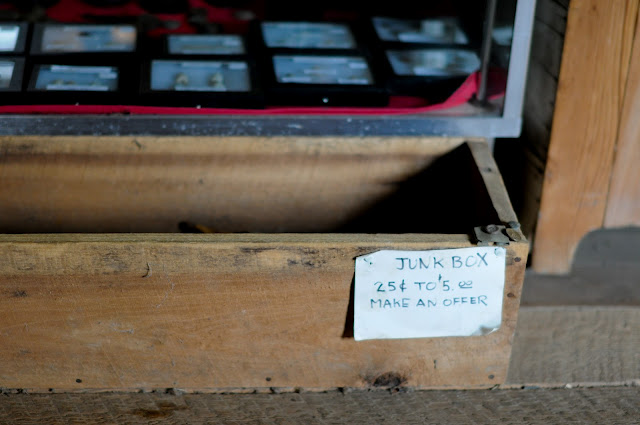 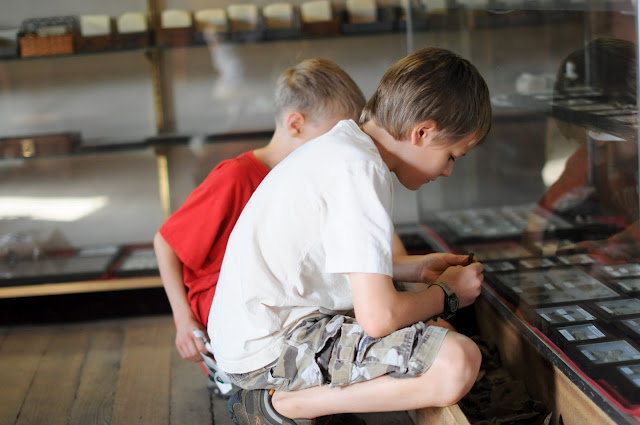 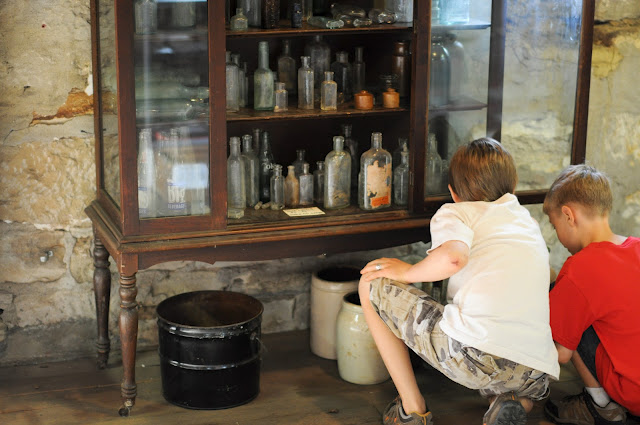 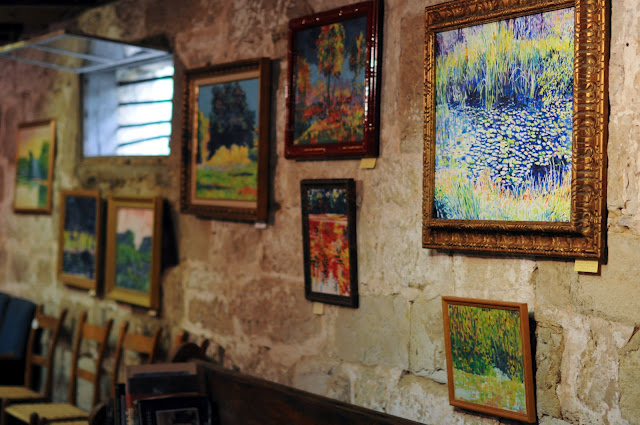 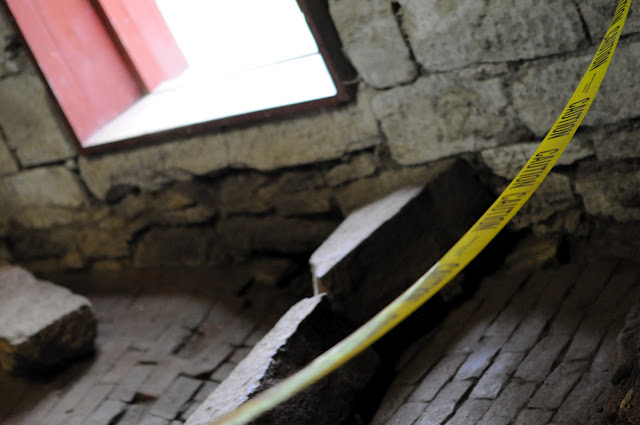 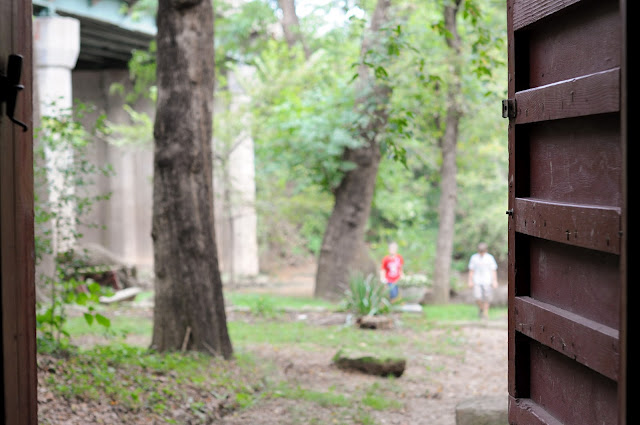 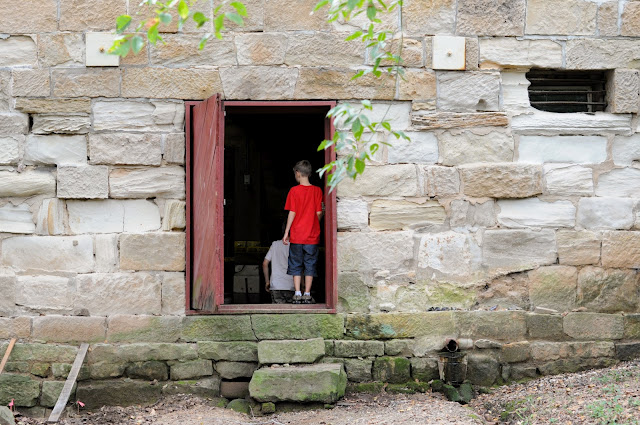 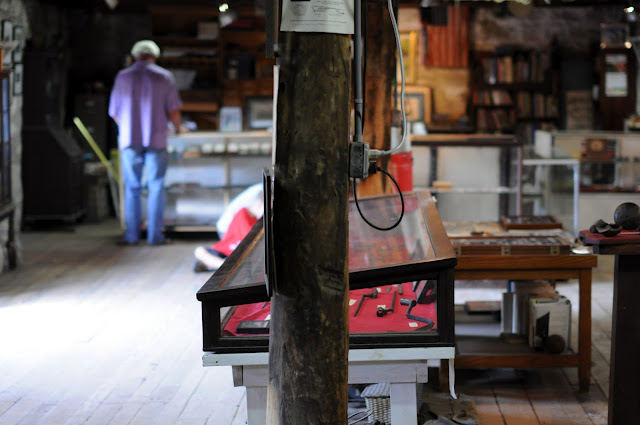 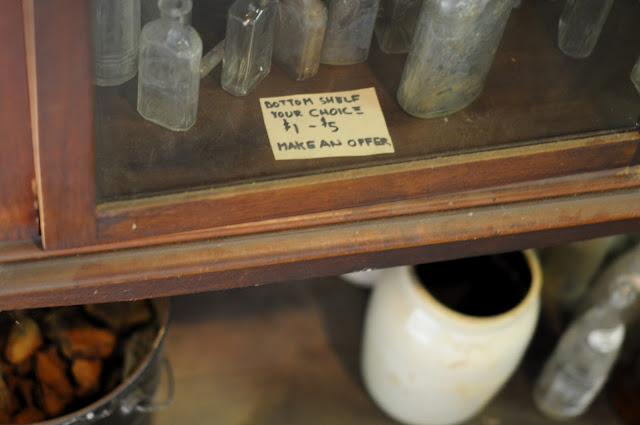 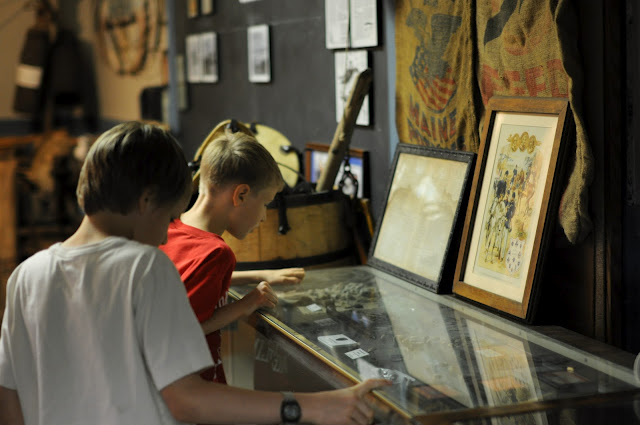 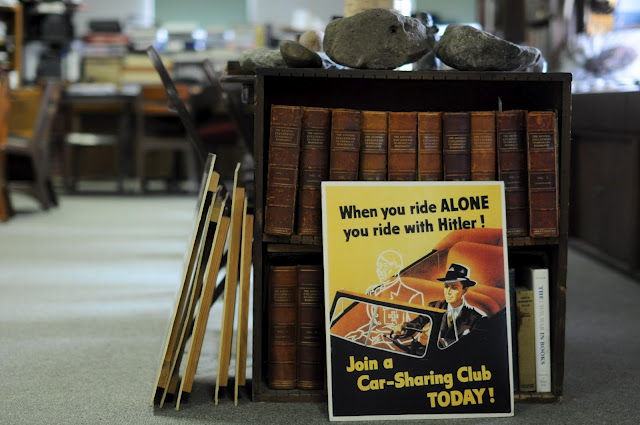 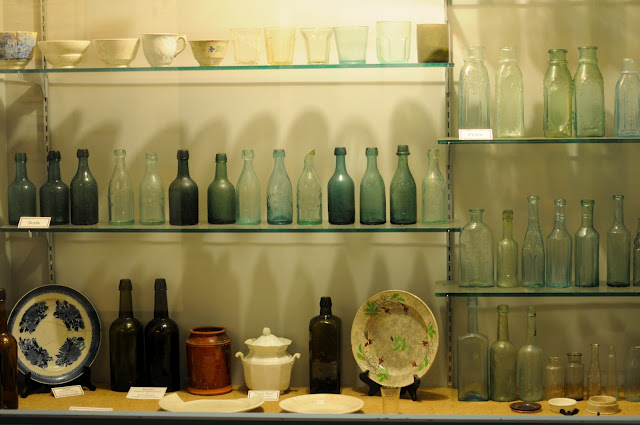 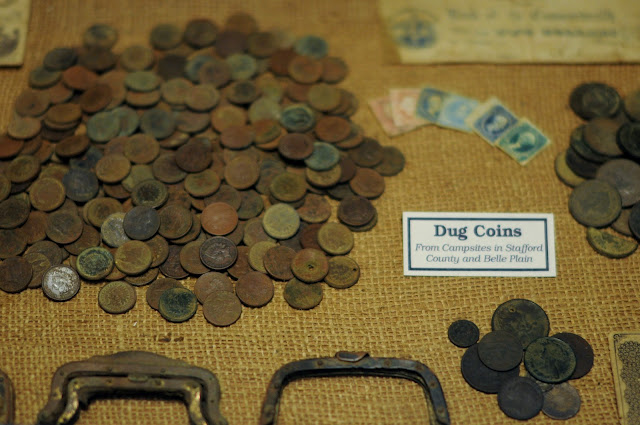 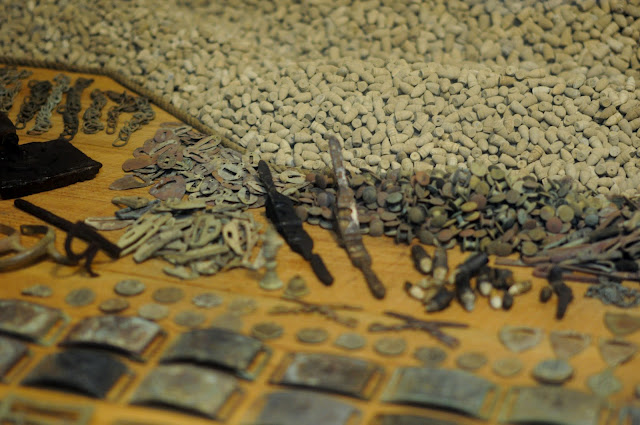 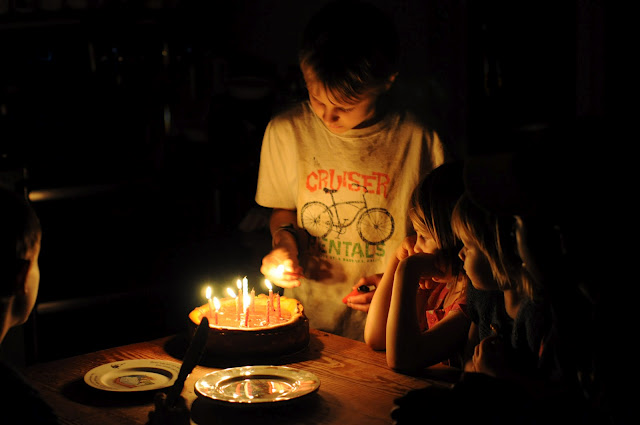 Seth’s eleventh birthday began with a big surprise.  He knew that there was no way that he would be getting the metal detector that he has not stopped talking about for the past couple of months (too expensive!)  What he didn’t know is that one of his grandparents had generously bought it for him.  We gave him his birthday gifts, including the special metal detector tool belt (don’t know what to call the crazy thing!) that I spent all week sewing.  Then he headed outdoors to do a little treasure hunting with his new accessories.  He had no idea that he would find a new metal detector in the front yard!  (And if you look at the first couple of pictures, you’ll see that Larkspur wasted no time at all grabbing his old one!)
After a few minutes of playing with his new toy, it was time for the two of us (and Silas) to go pick up his best friend and visit some of his favorite places.  And there is just so much I could say (but can’t!) about what a big deal this was for both boys, this growing up, making friends, having real conversations.
These two smart boys were so enthusiastic in the first museum that the curator, overhearing the facts that they were rapidly throwing back and forth to each other, invited them for a rare behind the scenes opportunity.  They were taken into the museum storage area (there’s got to be a better term for it!) and suited up with gloves and allowed to handle old civil war rifles, and look through all the interesting old things that are stored there waiting to be circulated into exhibits.  It was a really special time and I just kept thinking about what an amazing gift this day was.
The rest of the day continued to be just exactly perfect, full of treasures, and wonderful little boy (he’s still little, right?) excitement.  I can’t even begin to express how grateful I felt, and I know that Seth was truly happy with his day as well.
He said more than once that this was his best birthday ever, but he has no idea what a milestone it truly was.
(Local peeps, email me if you want details on where we went!)