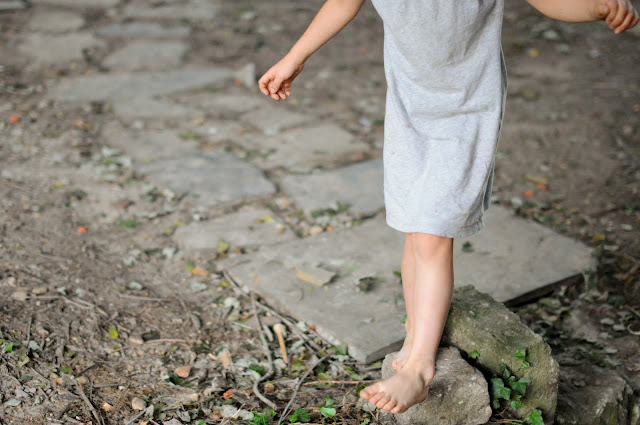 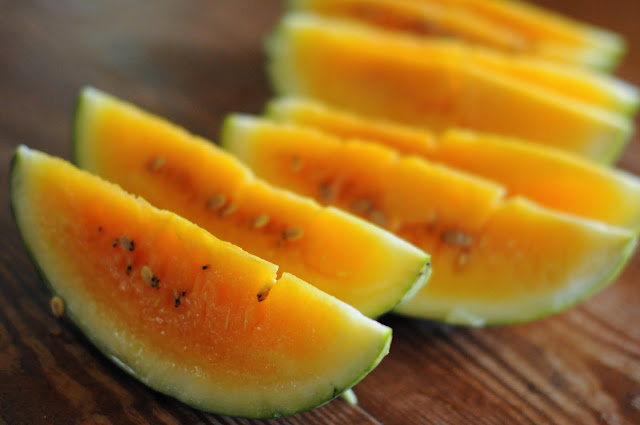 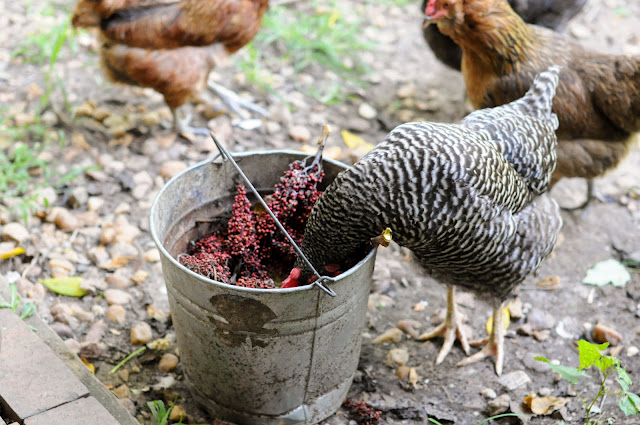 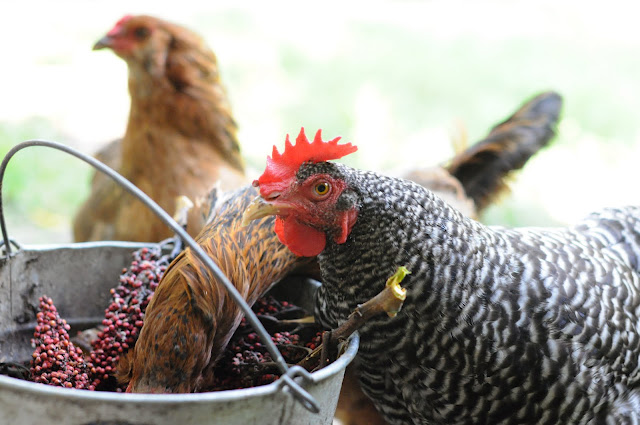 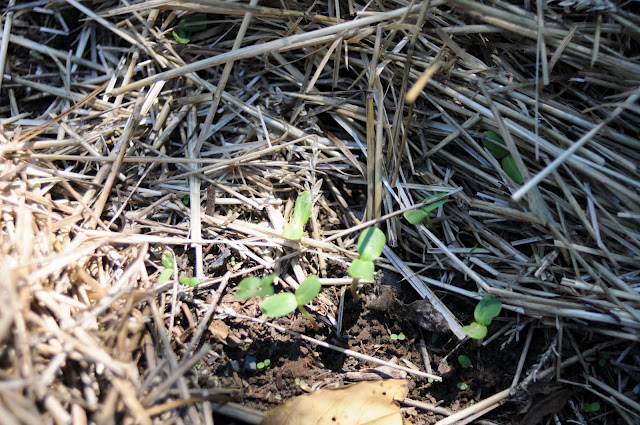 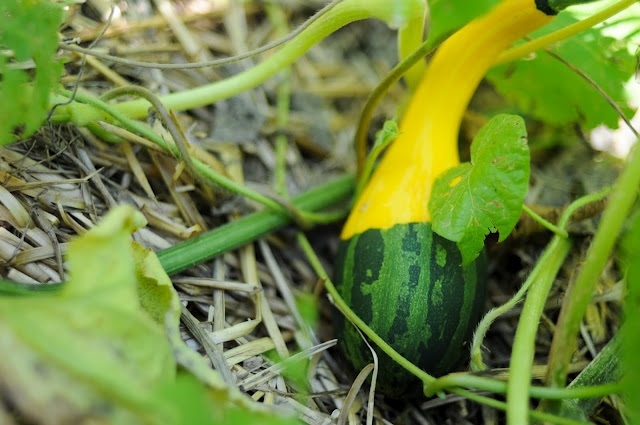 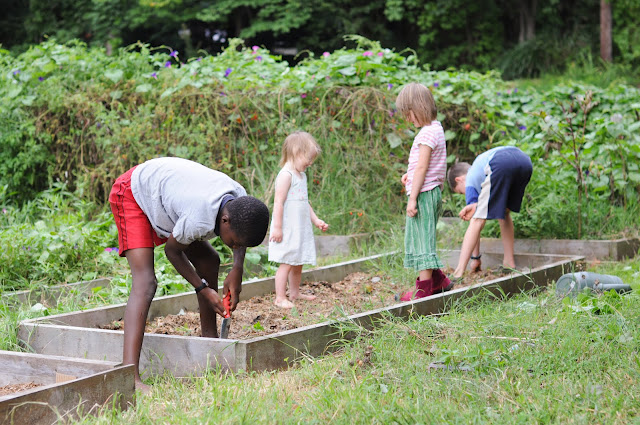 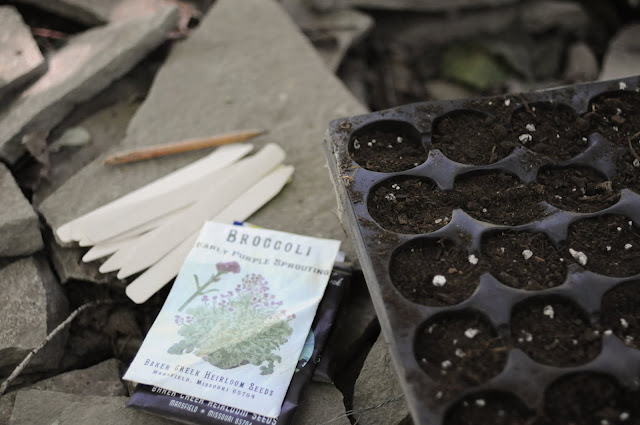 My garden this year began as a real work of love.  Through sweat, an aching back, and even some tears, I managed to plant most everything I had hoped to during my last month or so of being pregnant with Silas.
But then he arrived along with scorching temperatures soon thereafter, and I lost all motivation to maintain my dear garden.
May I confess that my garden lost a bit of it’s dearness?  I would look out my window at the weeds growing taller and the morning glories taking over like kudzu has the deep south, and I would shudder and turn away.  Honestly though, there just wasn’t time.  During Silas’ naps there were more pressing things to attend to and time and time again I failed to get myself out the door and into the dirt.
But my garden was faithful nevertheless.  We harvested quart after quart of strawberries late spring, and we’ve been eating potatoes almost every day for a couple of months now.  I haven’t needed to buy onions or garlic.  The funny thing is that after years of too much zucchini, I only planted two plants this year:  two plants that were promptly devoured by squash bugs, and consequently I have bought more zucchini from the farmer’s market than ever before in my life!  Now that we don’t have our own, of course I all of a sudden want to eat it every day (grilled!)
Melons were mostly a bust this year.  None of the heirloom varieties of cantaloupe type melons that Keats chose were very good (poor guy!!)  And we have done an absolutely terrible job of picking our watermelons at the correct time.  They’ve all been practically fermenting they’re so over ripe, or just about a week under ripe with the exception of one gorgeous orangeglo that we managed to chill and slice when the time was right.
I didn’t manage to plant gourds, but lo and behold we had four different types volunteer themselves into various parts of our garden and yard much to the delight of my kids.
I stink at growing tomatoes, and wonder if that will ever change.  They always start out looking beautiful, but after the first week or so of ripe tomatoes in abundance, my plants give up and turn nasty on me.  I’ve got so much to learn.
Last week, just before I discovered that we would be hammered with a crazy amount of rain just days later, I managed to spend one good morning working in my garden, determined to get everything under control and planted for fall.  Thankfully I am now seeing evidence in the form of tiny beet and carrot sprouts that Irene didn’t wash away all of my hard work.
Of course my darn chickens keep eating all the sunflower seeds that I am planting for a late crop of sunflowers to feed the birds this winter.  I have a real love hate relationship with those hens of mine, and pretty much straight up dislike for our one remaining rooster.  We aren’t friends.
Oh, and the biggest lesson I’ve learned?  Children work hardest at pulling weeds when you tell them they can plant whatever they like once they are finished preparing the bed.
If things work out for them, they’ll have plenty of beets before frost.  Me, I cannot eat a bloody red root that tastes like dirt, but I am sure glad that they do:  raw and straight out of the ground.  According to Seth, washing them ruins the flavor.
Are any of you planting a fall garden?  Please tell.