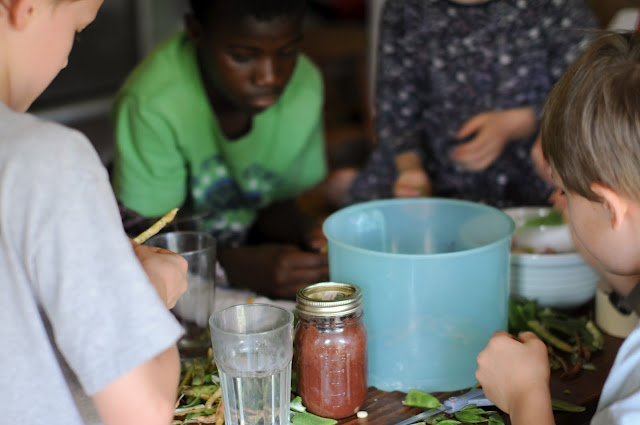 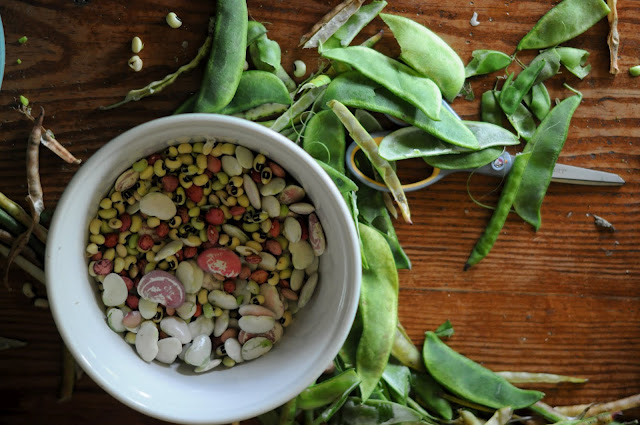 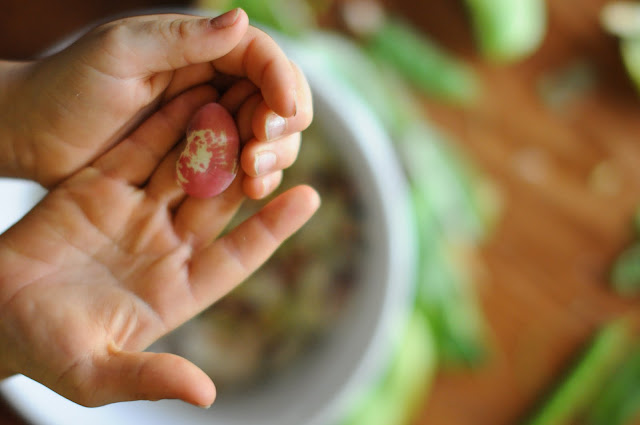 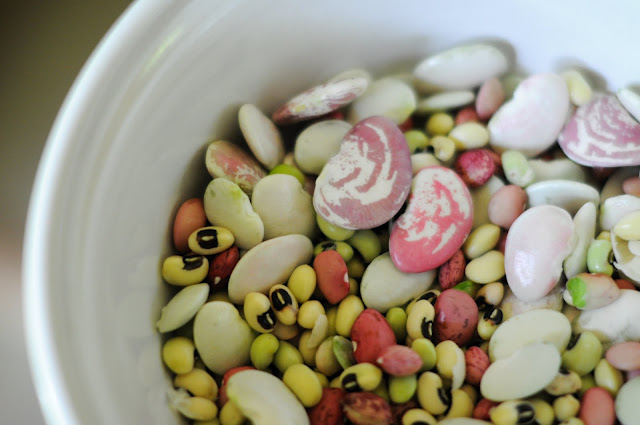 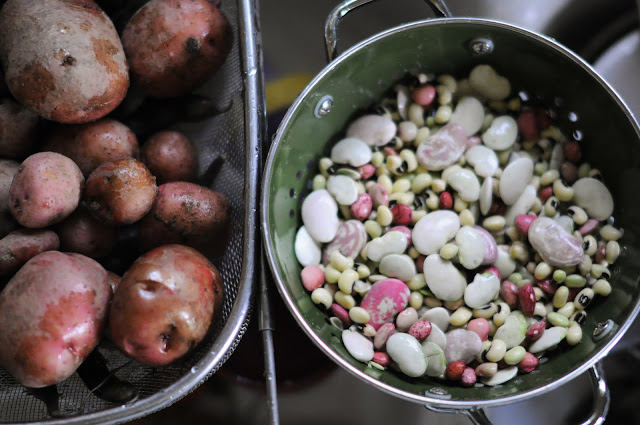 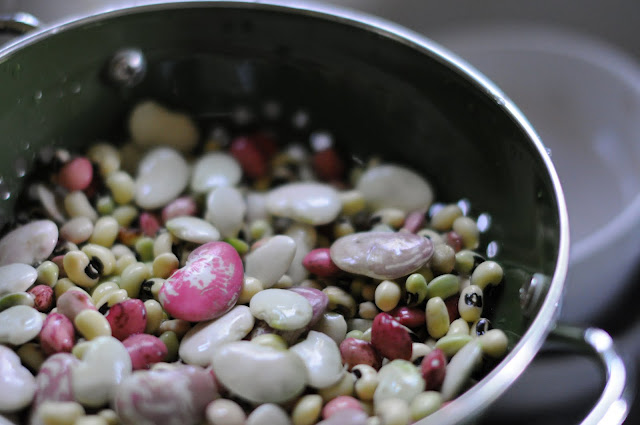 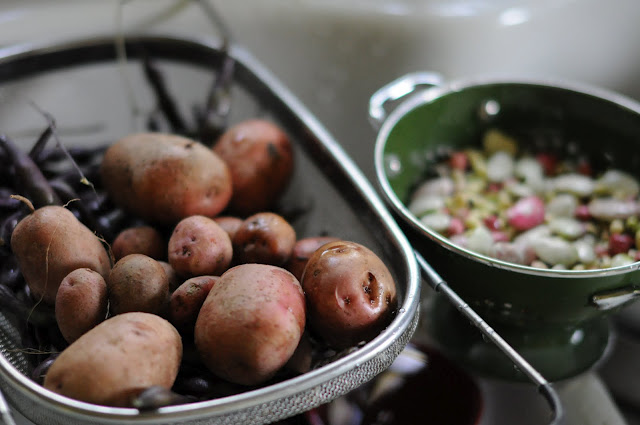 We’ve had a full couple of days, and not exactly in the way I expected them to be.  The briefest moment stands out in my mind though.  See, we planted this “three sisters garden” and in the end there were only two sisters.  The beautiful blue gray pumpkins I had hoped for didn’t survive the squash bugs.  Sister number two,  Christmas Pole Lima Beans ( I do love the names of beans), climbed happily up the corn stalks though, and my hopes climbed with them: hopes for gigantic pink speckled limas.  Many a stroll I’ve taken looking for the first pods over the past month.  I became increasingly confused by the presence of flowers and the absence of pods following them.  I decided that I had somehow managed to grow defective limas.  A ridiculous thought really, because is there such a thing?
Saturday, not even thinking of the Christmas limas, I dug potatoes and enlisted help picking black eyed peas and Dixie Speckled butterpeas.  Still wearing my pajamas midday, knees and fingers deep in the dirt, I glanced up to see Larkspur racing toward me crying, “Look, Mommy!”  She had no idea that for weeks I had been waiting and watching for what she grasped in her hands.
Quite accidentally, Larkspur discovered that my lima beans aren’t defective at all.  Those gigantic pods were just close to the ground, hidden from my impatient eye.
That brief moment, when I exclaimed in delight over her discovery, the smile on her face, that shine in her eyes knowing that she had pleased me, that’s the memory that I will carry forward from these overflowing days.