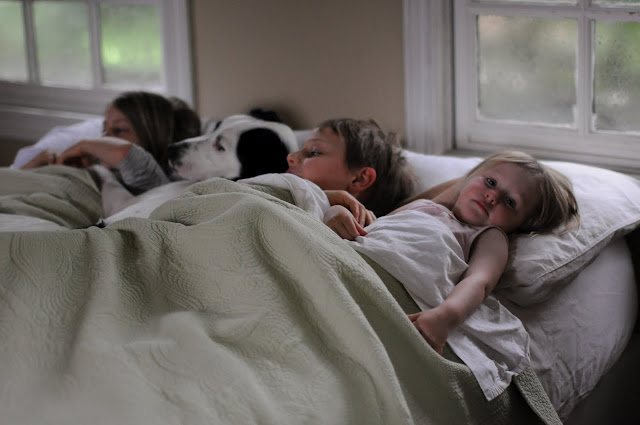 The storm came, she stayed longer than expected, and she left.  We spent Saturday getting ready and watching the skies.  It was a gray snuggle up sort of day, and snuggle up we did. 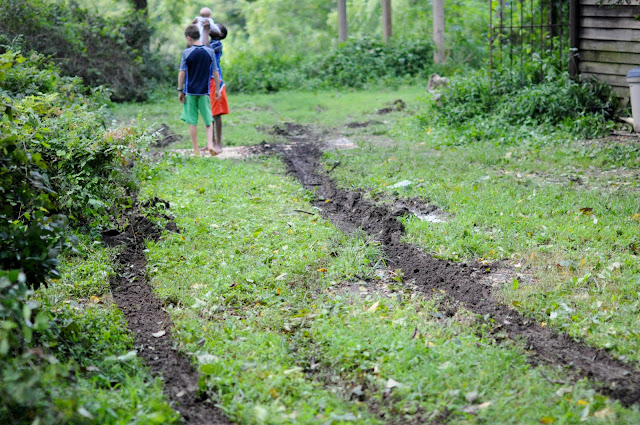 Around 2 a.m. Sunday morning, I woke to the wind telling me that she was really here.  Irene sounded like Isabel, only gentler.  We still had power, and I thought that maybe we would get off easy this time.  And get off easy we did, although we lost power about an hour later.  Those tracks in the yard are the only damage at our house: evidence that the ground was already a little too wet when Jonny tried to move our van to a safe spot out from under any of our large trees.  The van ended up stuck (under a big old black walnut), and Sunday we spent about an hour getting it un-stuck.

Our street dead ends into the Potomac river, and when we drove down the road Sunday morning to take a peek, the tide was incredibly low.  We decided to drive about an hour southeast to our favorite fossil beach on the Potomac, and see what Irene had washed out of the cliffs and onto the beach. We arrived to a raging river of chocolate milk colored water. 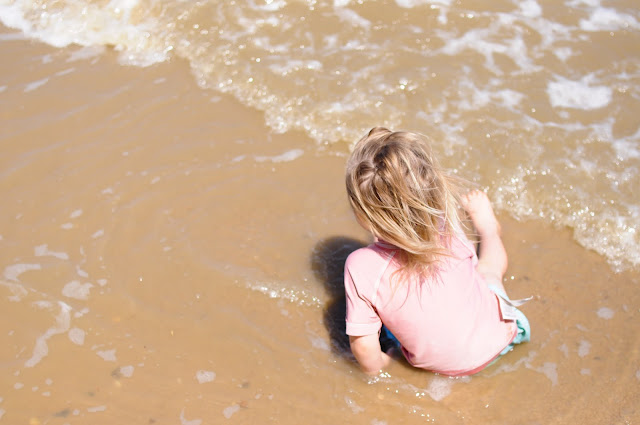 I didn’t think about the fact that we wouldn’t have an easy way to wash all those sandy bathing suits, or sandy heads for that matter, when we got home.  I was too tired really to think. 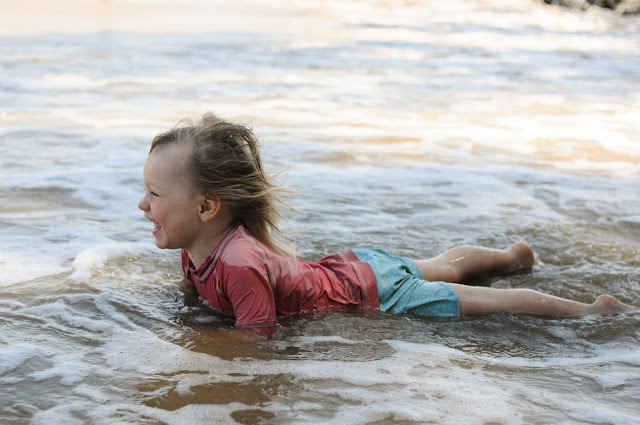 Having slept little during the storm, I wearily watched my children play and enjoy their river, that on this day, was behaving like an ocean. 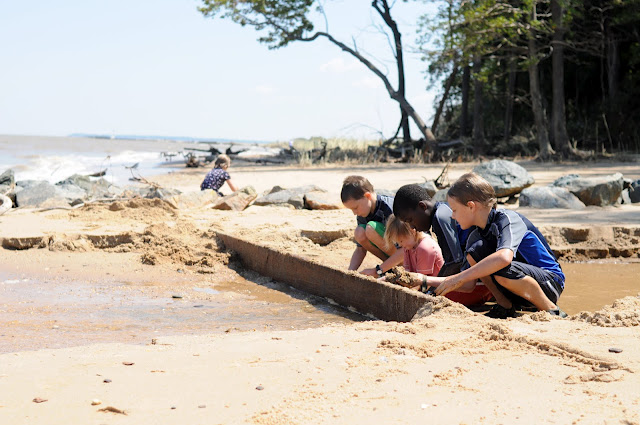 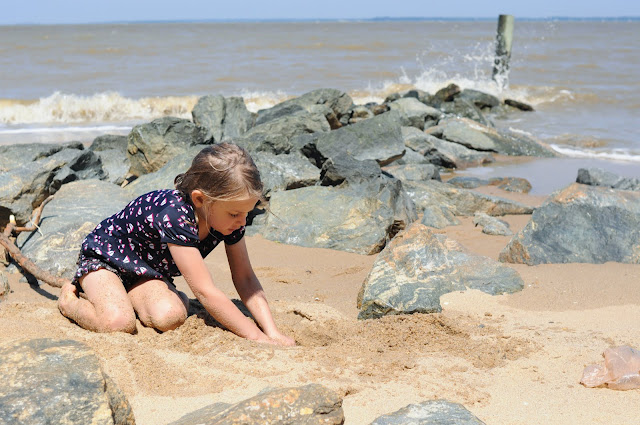 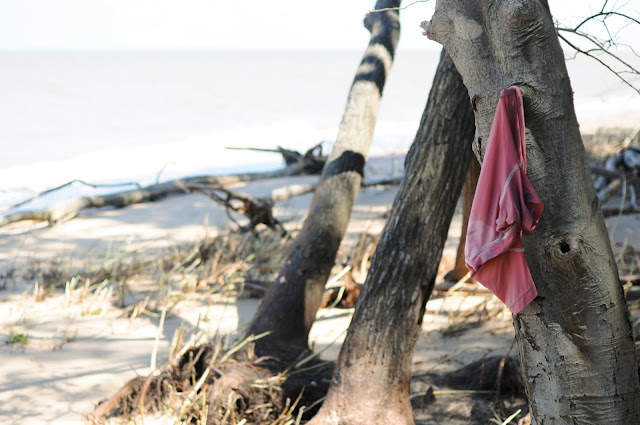 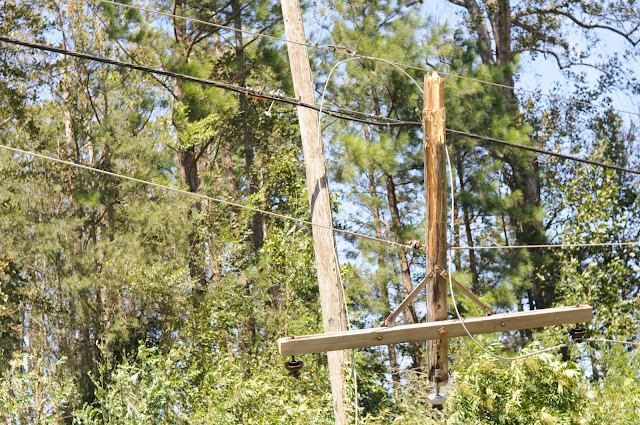 It wasn’t a good day for fossils,  but the day did end up being a sobering reminder that while the storm may have not done more than knock our power out, others did not fair as well.  Seth stated that he would be glad to go without power for an extra long time so that the families in the neighborhood surrounding our fossil beach could get their’s restored sooner.  I felt simultaneously proud of his sentiment, and guilty that I hoped our power would be restored as soon as possible. 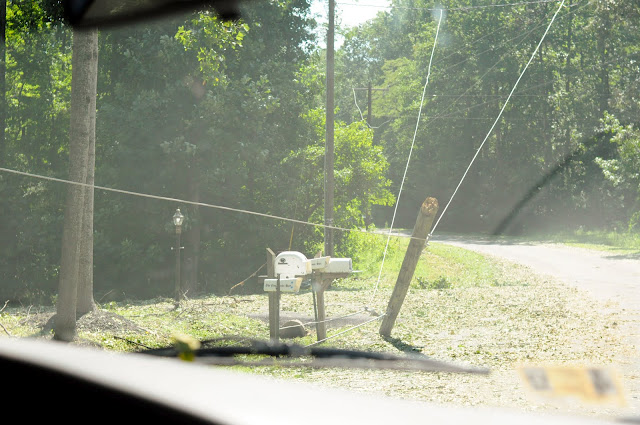 Out of respect, I did not photograph any of the homes in the neighborhood, but the damage was extensive.  Trees crashed into houses right and left-some homes got more than one tree, power poles snapped in two, power lines dangling across the roads.  It will be some time before this little community recovers from Irene. 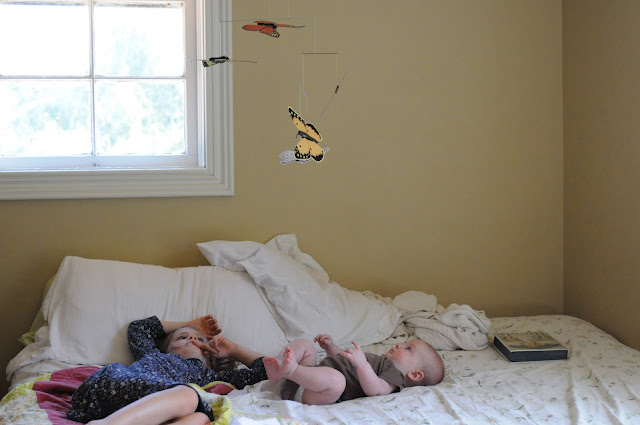 Back at our house we spent a slow couple of days without power; it was restored Monday evening to my relief.  I find it hard to operate without power when I don’t know if it’s going to be out for over a week like last time, or only a couple of days, like this time ended up being.  There is a rhythm that arrives when you are without power for an extended period, and it’s really okay.  It’s almost harder when it’s just a couple of days and you aren’t exactly sure if you need to be preparing for a long haul, or if it might be allright to go ahead and start using the cloth diapers again, because the power should be back on the next day. 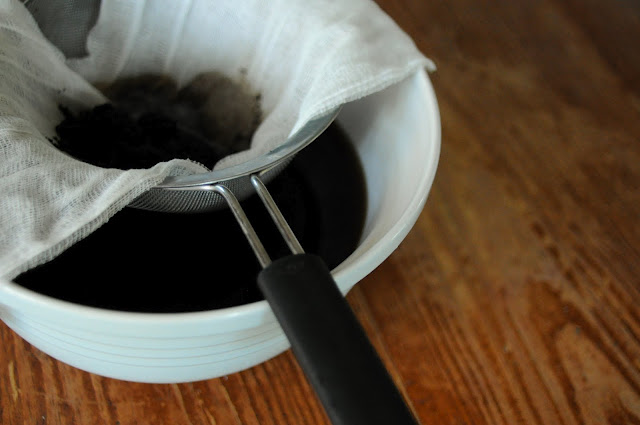 I learned a new skill this time around, making iced coffee, just for fun.  A friend sent me the recipe the day before the storm, anticipating that we might need it.  We had plenty of bagged ice on hand, as I had a cooler loaded and waiting so I could stuff it in the fridge if and when we lost power. 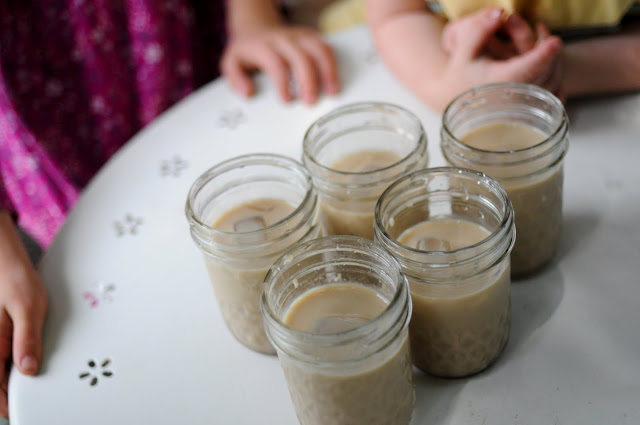 And because power outages are treated like special occasions at our house, I shared.
I promise it’s not going to become a habit.  But I sure do remember how much I loved the one sip my dad used to let me take of his coffee.
So we are okay. We are back to “normal,” and we hope you are too.  We’ll sure be thinking of those who aren’t in the weeks to come.  I am just grateful that Irene didn’t end up being quite as bad as we were all expecting.