Children, of course.  The way they see the world, the way that to them, nothing is impossible.  Their curiosity. The way they read about something in a book, and rather than just reading, they want to try it, right away. 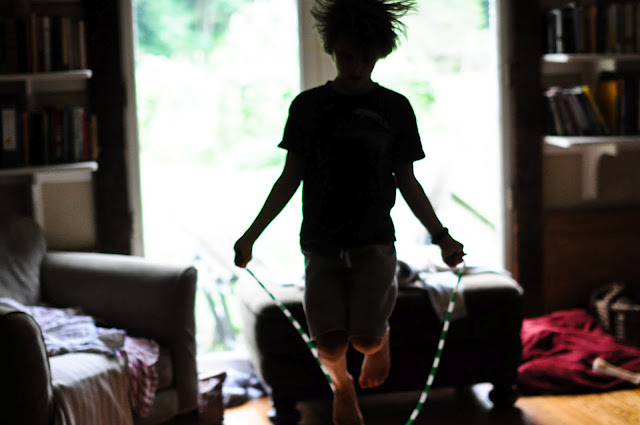 “Take a picture of me jumping rope!”  So much excitement over something so simple.  I want to mirror that excitement right back to them.  Sometimes I do, sometimes I fail.  Sometimes I see the mess when I should be seeing the joy. 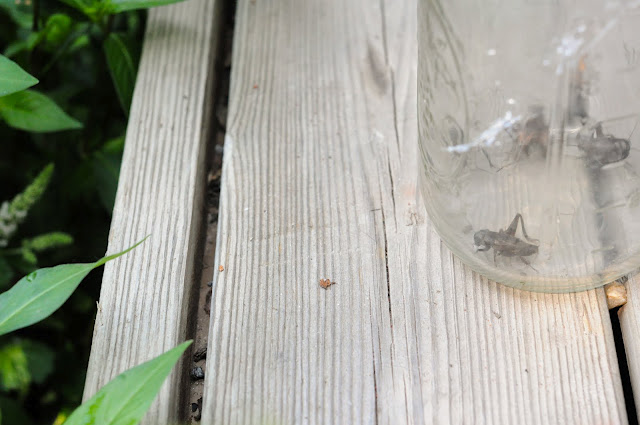 My boys read that if you place two male crickets in a jar that they will battle each other.  They learned how to identify the males, went out and caught a couple, and then put them in a jar hoping for a fight.  Nothing happened.  So they added a female cricket assuming that would be the ticket, in addition to another male. 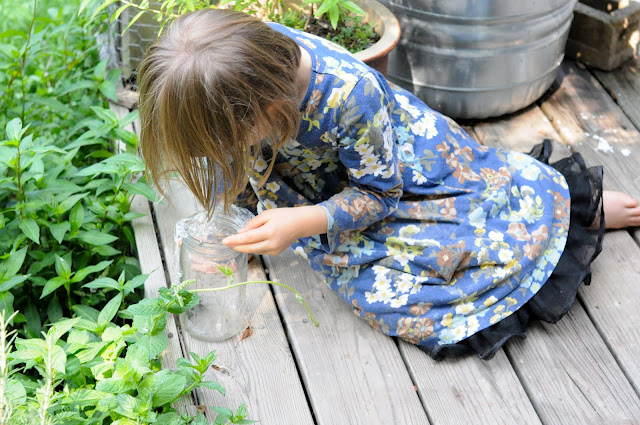 Larkspur was very concerned for the female cricket and wanted to let her go.  Somehow she just knew that it couldn’t be good for that poor girl to be trapped in a jar with all those boys. 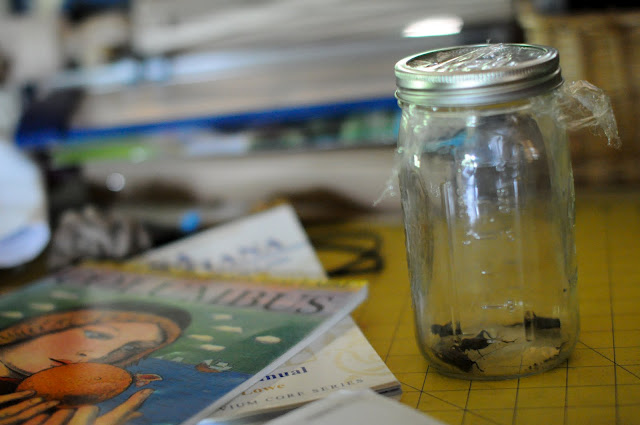 The crickets sat in that jar on my desk for a little while, and eventually I heard some chirping. I saw the males begin a little cricket duel.  It was pretty neat.  I called to the boys, but they were somewhere outside and missed it.  Much to Larkspur’s relief, the crickets were soon released. 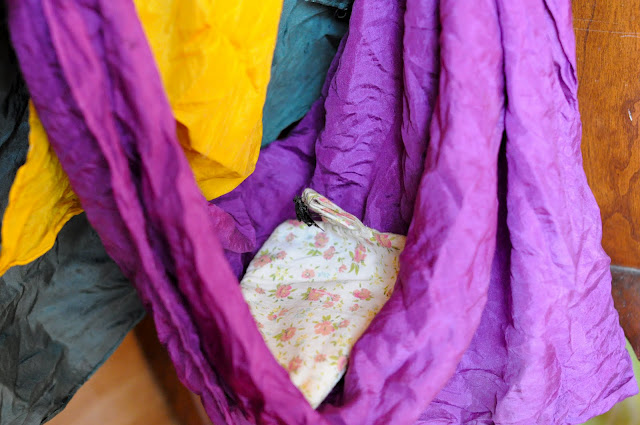 The following day, Larkspur brought an injured horsefly indoors with a mind to rehabilitate it somehow.  It hung out in a special horse fly hospital constructed of play silks for about twenty minutes before disappearing.  I suppose that means it recovered.  I was able to hold my tongue (those things bite, man!) and just smile over this new side of Larkspur that is emerging.  I am beginning to see myself in her and that makes me happy. 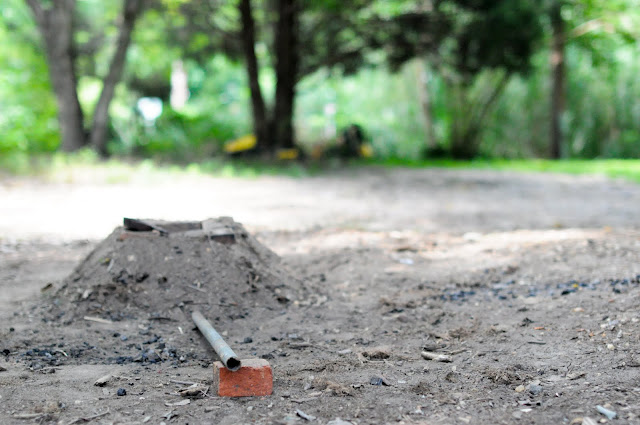 Seth has become fascinated with melting metal.  I had no idea how serious he was until he excitedly showed me the foundry he had constructed from bricks and dirt in our front yard (thank goodness we live in a rural area.) 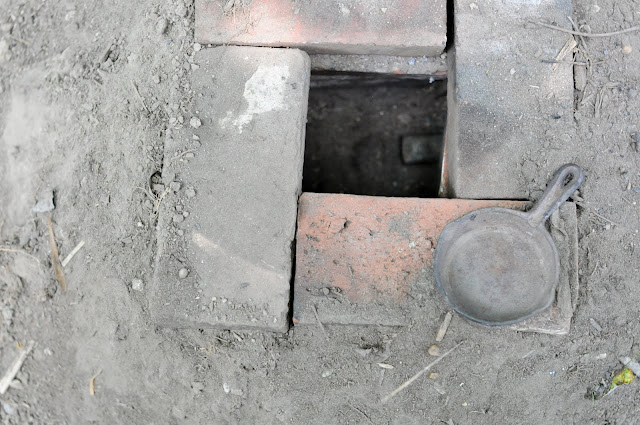 Seth, Keats, and Gabe spent an afternoon recently melting not only lead (melting point around 620 degrees F) but even aluminum (1220 degrees F!!)  Anyone that has spent time with our family recently has heard about their efforts.  Seth is quite skilled at bringing most conversations back to the topic of melting metal.

(Don’t worry, Jonny supervised and even helped by using his air compressor to blow air into the pipe that leads in to the oven.) 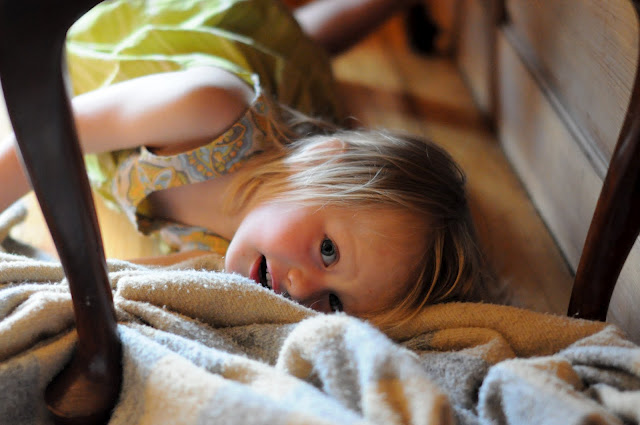 What got me thinking about all this today, was actually reading my friend Elizabeth’s post about her son Danny’s recent violin concert.  He took a rough fall after his concert and is feeling a little low.  Danny has won me over with the cute little videos he makes about his website parade school.  I am pretty amazed that this second grade boy can write and understand code and has his own website.  Anyway, Danny’s running a little contest at parade school right now, and we should all make his day and enter it.
What wonderful things have your kids been up to lately?