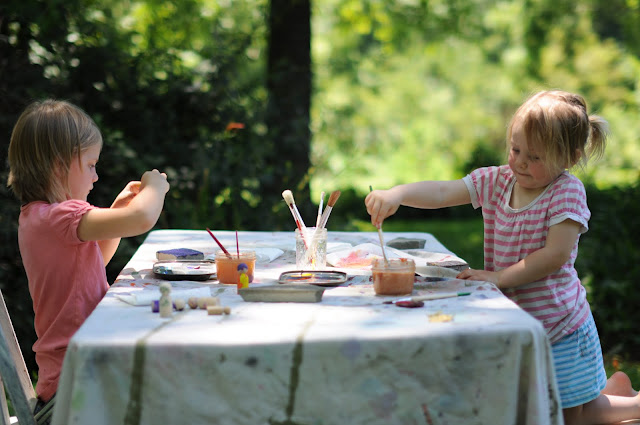 I wonder how many times now I have made elaborate new homeschooling plans, only to realize that those plans are not going to work, a mere week later.  So here I am, to cheerfully recant.  Because, everything is okay now.  I had a couple of days that caused me to say things along the lines of, “clearly I am unable to homeschool with this many children.”  On those days, everything was not okay and I was not feeling very cheerful.  But then I remembered that making things better was simply a matter of rearranging my ideas a bit. The failure of one plan, is not really failure at all, just room for inspiration. 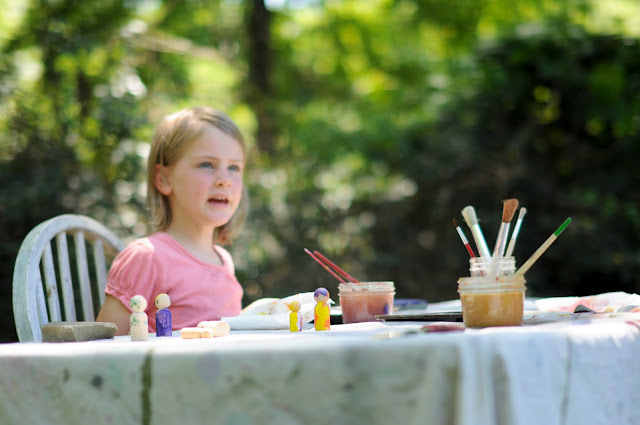 Devoting entire mornings to focusing exclusively on my girls proved unnecessary, and also created a situation in which I never managed to do math (or much of anything) with my boys.  Rather than a four day school week, I found myself needing a seven day school week to get everything done, and there isn’t even that much that we do! Not good, especially when I am really hoping to figure out how to have a three day week (maybe by doing school year round.)  I spoke with a friend about the apparent necessity of getting lots finished in the morning, building momentum, which helps to ensure that everything that needs to get done, gets done.  It’s amazing how hard it can be to accomplish just a few basic things with my three big boys, while caring for my three younger children.
So really all that has changed is that I am dividing my time among everyone, everyday, trying to get as much schooling with my older three accomplished as early in the day as possible.  Rather than spend all morning focused on Larkspur and Beatrix, I just have a personal rule that if they need me, I will not try to push them aside, but will stop what I am doing (unless it is super important that I don’t-rare) and tend to their needs. 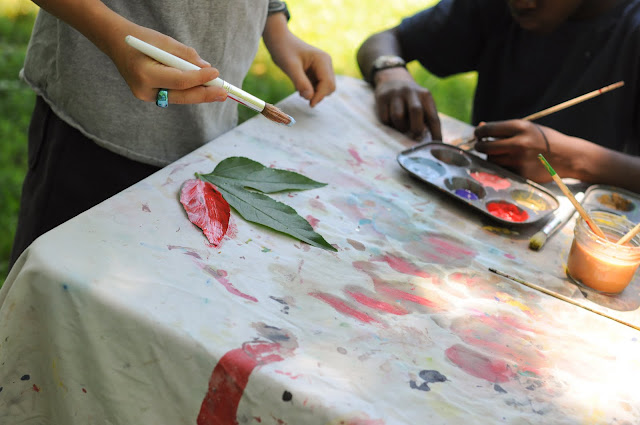 While I originally planned to have a set rotation of creative activities for my girls each week, I realized that I feel too strongly about following them when it comes to creativity, rather than leading them in any other way than example (there are others aspects of our days that are always the same, creating the comfort of rhythm and routine.)  That’s not to say that I never plan crafts and activities for them, I just save my ideas for the rare days when they don’t have any of their own.  Because I have a large family, my younger children most often want to model the older children (rather than do what I suggest), and sometimes vice versa!  On the day this week when I planned for the girls to paint with watercolors, Larkspur wanted to paint wooden peg people, and Beatrix wanted to paint rocks.  So that’s what we did! 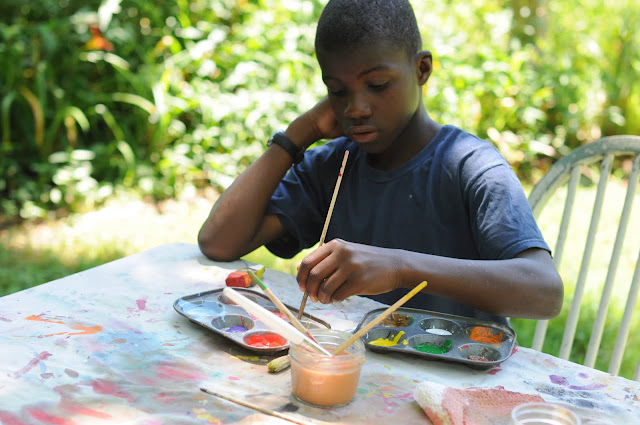 The boys then decided they wanted to paint too.  They painted a few rocks, but then started painting leaves as well.  That would never be something that I would have come up for them (hey lets paint leaves with acrylic paint!) but it is what they wanted to do and they loved doing it.  Seth is still really excited about all the leaves he painted with shiny gold paint. 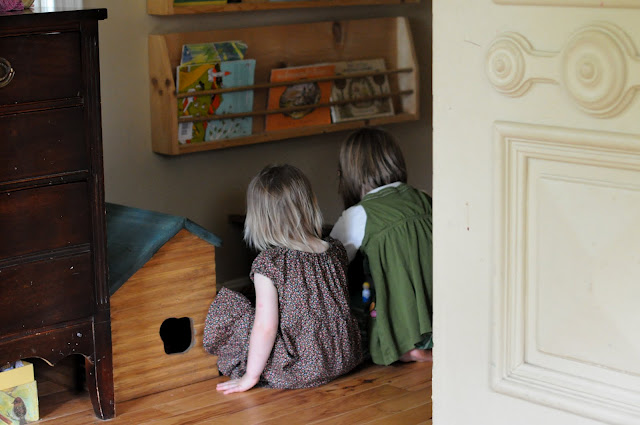 This week, I found my girls wanting to spend more time playing together independently than they have in the past.  Rather than interrupt their fun, I gave spelling quizzes and writing lessons to the boys! 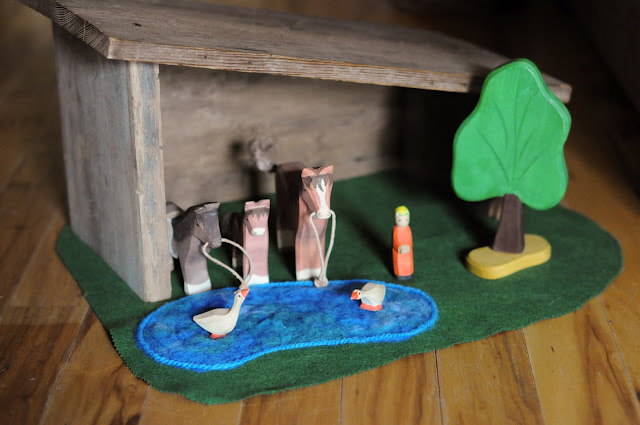 Their play also inspired a bit of simple crafting when Larkspur declared that her geese needed a pond.  She, Keats and I collaborated on a simple felt play scene using a large piece of wool blend felt, some bulky wool yarn, and various shades of blue wool roving.  I used pinking shears to cut the green felt, and then needle felted the roving and yarn to it with Lark’s help. 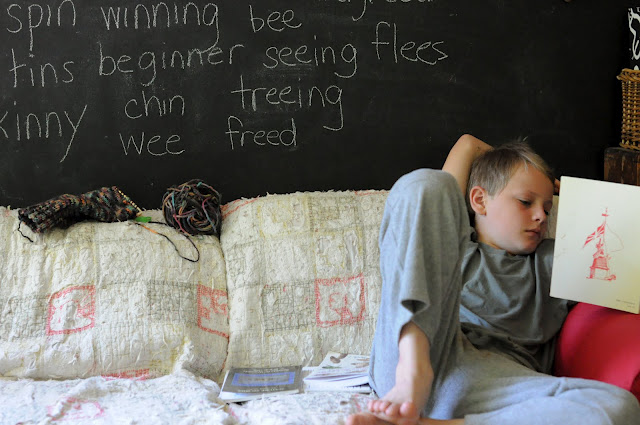 And regarding my own sanity, when I found myself feeling a bit crazy (and bored!) with the lessons I have to do with the boys, I remembered that last school year I always kept some easy mindless knitting nearby.  Giving a spelling test is so much nicer with a set of needles in my hands.