**While I have told and retold my children’s birth stories, never have I written one down.  Writing this story down, I think I realize why that is.  It has taken me over a week to find enough little pockets of quiet to finish writing this, and my is it wordy!  I could spend another week editing and adding little details! You may want to grab a cup of tea or coffee before attempting to read it!** 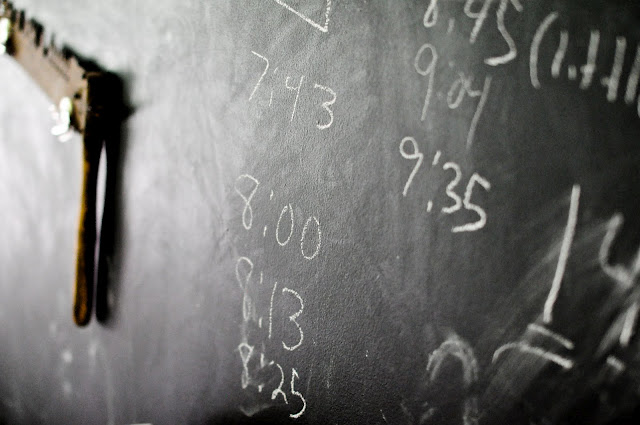 Before I begin to speak of the birth though, I must mention that in the weeks leading up to it, things didn’t feel quite usual to me.  I never felt as though Silas “dropped” and didn’t experience the desperation to hit the bathroom dozens of times each day as I usually do in the final weeks of pregnancy.  As my due date approached, and then passed, I analyzed the date, realized that I was probably due closer to the 25th, but also wondered a bit about the fact that no matter what I did, this baby didn’t seem to be descending as I am accustomed to my babies doing.  On Tuesday the 24th, Larkspur, Beatrix and I drove the hour to my last prenatal appointment.  I sat in that waiting room with my little girls feeling so incredibly exhausted, and wished I had asked Jonny to drive me.  There was nothing remarkable about that visit other than the fact that Silas’ heartrate was 150, as opposed to his standard 120.  The midwife assured me all was fine.  Knowing that this would most likely be my last outing with just my two little girls, we drove over to Whole Foods for pizza, and gigantic parfaits (those berry or chocolate ones they sell in the bakery-we got one of each.)  I sat and watched my girls attempt to eat those huge desserts with a tired smile, and then we headed home.  I started having irregular contractions on the drive back.  Those contractions continued through the evening and kept me up the whole night.  I woke Jonny up around seven, not feeling ready for this despite wanting it to happen.  My huge concern was making sure there was food prepared for our kids.  Jonny got out of bed with me and started making breakfast while I did some cleaning.  The contractions stayed irregular, but Jonny monitored me anyway, writing times down on the chalkboard wall.  By lunchtime, while contractions were still irregular, they were intense enough that I knew that today was the day.  I felt a mixture of excitement, fear, and apprehension.  I emailed a friend, giving her an update, and expressing my fears (over the pain yet to come!)  She emailed me back this brief but powerful message:

“Candle lit. Prayers being said. Don’t hate it. Don’t fight it. Look upon it as a gift you give that little boy and as something the two of you journey together. Ebb and flow; rest in the quiet moments; relax into the intense ones. You are the mama. He’s so blessed to have you.”

I have a very hard time imagining (despite 5 pregnancies and 5 babies!) that there really is a real baby connected to the whole process of pregnancy and then labor.  I cannot tell you how much Elizabeth’s words carried me through those next hours.  I meditated so much on making this birth, and my choice of a natural birth, a gift to my little boy.

I called my midwife(L) and birth assistant (P) early in the afternoon to let them know what was happening.  L wanted to go ahead and come to our house, but I asked her not to.  I like to be alone with my family until I reach the point that I know my labor isn’t going to stall.   I am not one to want many people around me during labor in general.  Jonny is excellent at supporting me, and I prefer to be alone with him.  The tricky thing though is that once my labor really gets going, I am at transition and things move quickly.  My midwife was driving from an hour away, and D.C. rush hour was approaching.
I make people nervous….but I am getting pretty darn good at timing things. 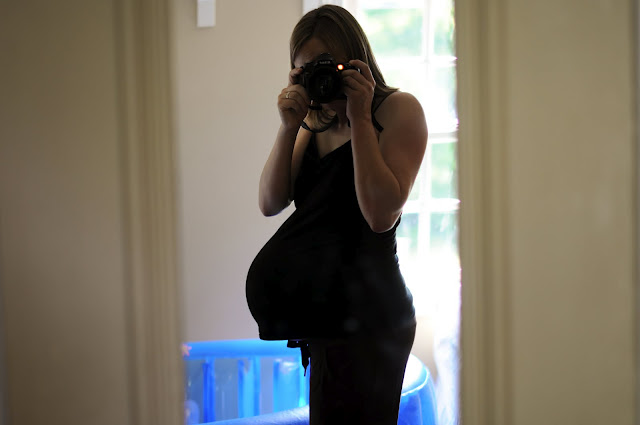 My birthing style for my past three births involved walking through contractions, hanging on Jonny, or lying in the bed just breathing through them followed by getting in our bathtub near the end of transition.  Getting in the bathtub always seems to send me straight to the pushing stage if I wait long enough.  We decided to try using a birthing pool for this birth, although my intention was to labor in it, but then get out of the tub when I started feeling the urge to push as I usually do.  We set up the tub and filled it halfway early in the afternoon.  Around 3 p.m. or so, Jonny filled it the rest of the way and I decided to go ahead and get in, but quickly got out.  I felt sort of suffocated by the warm water.  At 4 p.m. I realized that rush hour would now be underway, and I called both L and P again to let them know that I thought that they should just wait until 6 or so to head to our house.  L did not like it, but I saw no reason for her to get in the car during rush hour.  I took the above photo of myself right after hanging up the phone.  I then had three excruciating contractions in ten minutes, thought to myself, “oh no!” and called both L and P back to say “nevermind, you better get in the car.”  I knew that it would take them both close to two hours to reach me if not longer.  I wondered if Jonny would be catching this baby.  P has a doula friend (H) who is training to be a midwife as well who lives a bit closer to me and she had her start heading to my house as well, but in the end P arrived before she did.
Contractions started coming fast and furious.  It was about 4:30 p.m. and I knew that L and P would not arrive until 6:30 or so.  Jonny was in and out of our room as he was taking care of the kids.  I made the decision not to have anyone come help us with them.  That may sound crazy, but it is what made me feel most comfortable.  I don’t need constant support during labor, and I like the normalcy that comes with just being on our own.  So, Jonny would come up to the bedroom and help me through a few contractions then go back downstairs to check on the kids.  The kids were allowed to watch videos on Netflix.  That is a benefit of not having a television or regular movie watching.  When my kids are allowed to watch something it is a big treat for them.  Seth prefers not to watch videos most of the time and he was actually mowing the grass during the last couple hours of my labor.
This labor proved to be longer with those back to back super painful transitory contractions going on for almost three hours as opposed to my usual one to two hour transitions.  I kept telling Jonny that I thought something was different, that I still wasn’t feeling this baby descend and I worried that my contractions, painful as they were, weren’t doing anything.  I rotated between standing and hanging on Jonny for contractions and lying on my bed watching the leaves on the Maples rustling in the wind.  I tried hard to project myself into those branches during contractions.  That I believe is one of my favorite memories of Silas’ birth, focusing so intently on those leaves.  I was so intensely thankful to be laboring during the day.  That was one of my my biggest hopes for this birth.
One amazing aspect of this birth, is that despite the contractions being more painful than any I’ve ever experienced before, and transition lasting for longer as well, I never had the moment that I typically do where I say to myself, “Why oh why am I at home dealing with this pain when I could be at the hospital with drugs?” Don’t misunderstand, I know 100% why I have homebirths, but birth is hard work and my mind typically starts trying to figure out ways to get out of it! I was in control this time and kept that control, more so than in the past and I never lost site of why I was indeed doing this for the fourth time at home with no pain relief.

I did reach a point around 6 p.m. where I was starting to feel a little desperate and I really wanted to get in the pool.  But, I was afraid that I would need to push a couple of contractions after getting in the water and vowed to wait until one of my midwives arrived.  Finally P pulled in the drive around 6: 45 and before she was out of her car, I was in the pool. 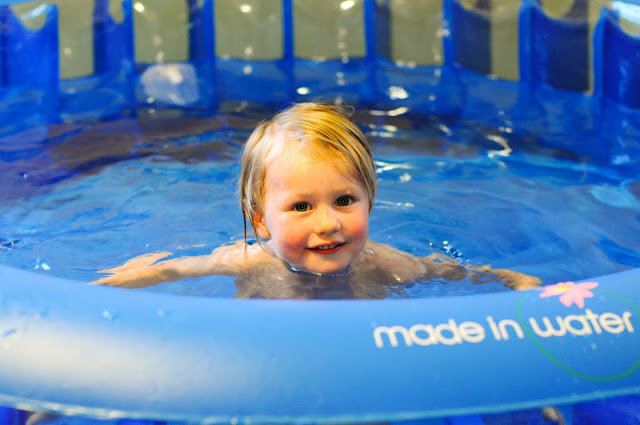 a few miscellaneous details:
Minutes after Silas was born, Beatrix actually fell into the birthing pool!
Larkspur ended up hopping in too and they had a great time.
Larkspur did indeed get to cut Silas’ cord (it was her turn!)
Beatrix will tell you that Keats cut hers.
By choice, none of my children actually witnessed Silas being born.
Keats was in the room but he said that there was such a crowd around me that he couldn’t see anything (I’m okay with that and so is he–he’s seen two other births.)
And one final note:  I choose to give birth at home for my own personal reasons, but I know and love plenty of people who choose the hospital (and even drugs!) or would love to have babies at home, but can’t.  After five c-sections, my friend Lori is always good to remind me of how lucky I am to be able to give birth at home (when I am whining to her about pain.)  I know I don’t have to say all this, but I just want to be sure that I don’t make anyone feel bad or judged for their own choices by sharing mine.