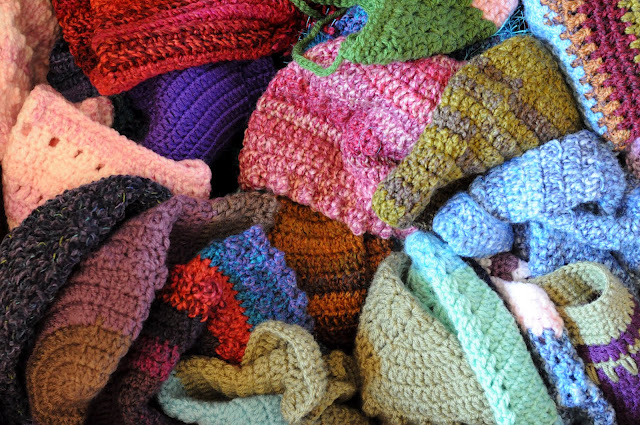 The hats are trickling in!  I even received one box that included 48 hats crocheted by one woman! 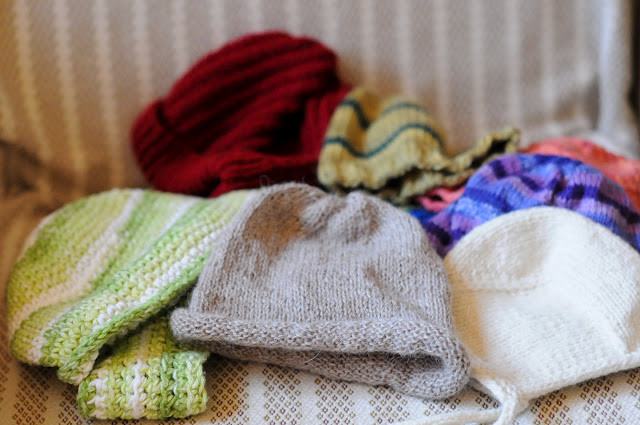 So far I have received about 65 hats, and here’s a list of what Betsy has received:
113 hats
34 scarves
6 cowls
2 sock/slipper sets
14 pair mittens/fingerless gloves
4 baby sweaters
So we are abouthalfway to our goal!

update since I posted this from Betsy via the comments below:
“Hi Everyone! Another box arrived today from a lovely group called “Yarns of Love” from the Maumee United Methodist Church. It had 50 hats and 7 scarves in it! It’s just like Christmas around here when the UPS man arrives these days. Thank you so much to all of you for helping make this effort such a success already. I can just picture the happy faces of the recipients. Blessings, Betsy”

Betsy has purchased her plane ticket and will be leaving for Japan in early September.  She is mailing boxes of hats to her son in Japan periodically and the two of them will distribute the hats and other items during her September visit.  Remember that the deadline to get hats to me is July 15!
Thanks to all of you who have mailed hats or are working on them!
If you need pattern ideas, there are lost of free hat patterns on Ravelry.
Kelly, from Creating a Family Home also designed a cute toddler ear flap hat for this project, so go check it out!
Hats can be mailed to:
G. Sheller
P.O. Box 9114
Fredericksburg, VA 22403