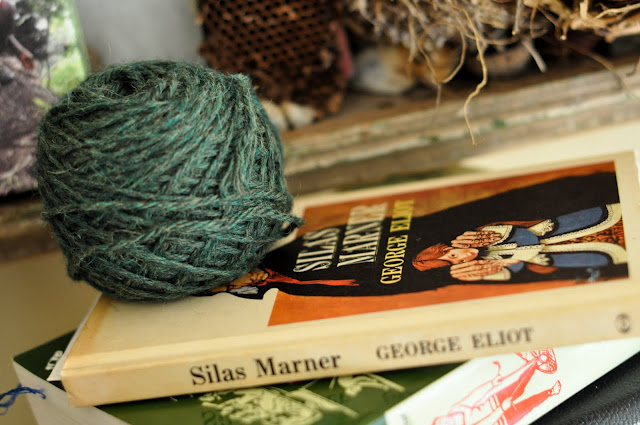 (photo from last fall)
Well, I was planning to type out a birth story, but my baby isn’t in the mood for me to do much typing, so I will just share the story of his name because that will be quicker.  Birth story tomorrow, maybe?
His name…
Here is how we decided on Silas:
First off, Silas is a name I have always loved.  In fact, about thirteen years ago, when Jonny and I were first married and hadn’t even begun to consider having children (seriously–we never talked about children, I didn’t think we would ever have any) we rescued this little black kitten.  Naturally, I branded him with my favorite boy’s name, Silas.  And well, actually we still have Silas the cat, and that has kept us from using the name, because who gives their child the same name as one of their pets??
But then….
I read my stepmom’s old copy of Silas Marner on the plane trip home from New Mexico last October, early during this pregnancy.  I had traveled to New Mexico to help my family go through my stepmom’s things, and it was a very hard trip.  I was very touched by Silas Marner’s character and by the story itself.
As an aside:  Keats, Larkspur (Millay), and Beatrix all have names with some tie to literature.  (John Keats, Edna St. Vincent Millay, and Beatrix Potter.)
I thought to myself that it was too bad that we already had a cat named Silas.  But I kept thinking about it, wondering if we could still name our baby Silas.  I casually mentioned the name to a few people who replied, “Don’t you have a cat named Silas?”  Darn!  People remembered.
Then I looked up the meaning of Silas, and realized that I should have been able to figure out based on the first three letters:  “Sil” that the meaning would be related to the forest somehow.  (I took Silviculture in forestry school during college.)
Silas is a form of Silvanus and it means “Of the forest.”  You know how much I love the forest.  More than the beach, more than any other place in the world, I love to be surrounded by trees.
I decided that it would be silly never to name one of my children this name that I have loved for so long because of a cat, whom sadly, we won’t always have.  Cats only live for so long, and Silas the cat is already an old man.  He’s also an outdoor cat which I think makes it more okay…
Allright, I cannot believe that I have confessed this–that we have a cat and a child with the same name.  But there, it’s out.  It’s done.  You are all so nice and understanding and I am sure no one is going to say something like, “Well, I could never give my baby the same name as one of my pets.”  Because, you know that would make me feel bad.  Honestly, I would never give my baby the same name as one of my pets, but I felt that in this case we just had to make an exception.  We will only have a child and a cat with the same name for a few years.  And no, I am not now hoping that my cat will die.  I love that cat.
I guess I should go ahead and confess to you that Beatrix is nursing again too.  That child has been making plans for months, and she was serious.  I totally should have seen it coming.  I’m trying to be really laid back about the whole situation, as I think that is best.
Okay, phew.  I feel better now.  Everything’s out in the open.  I don’t like secrets.
Oh, Silas’ middle name!  Lolek.
Every time I say that name the image of one of the dearest, sweetest faces I have ever seen fills my mind and I just smile.
Having a son born so close to Blessed John Paul II’s birthday, and during the month that he was beatified, I knew I wanted to name this baby after him.  Jonny objected to both Karol Jozef and to John Paul.  I had recently purchased Lolek – The Boy Who Became Pope John Paul II for my children, and I love that Lolek was the name affectionately given to John Paul by his parents when he was a child.

Jonny agreed to Lolek for a middle name about a week before Silas was born, and finally we had a name!
I love the nickname Sy (not sure if we will spell it Sy, or Si–worried that Si will get confused with the Spanish word), and that is probably what we will call him.  I made the mistake of asking Jonny not to ever call him Si-Lo, so that is of course what he keeps calling him.  This has happened before, back when Keats was a baby and Jonny insisted on calling him Skeeter at the suggestion of a friend, despite my protests.
Silas is protesting being held by Jonny right now, so I am going to go get him and go to bed!