It all started so innocently… 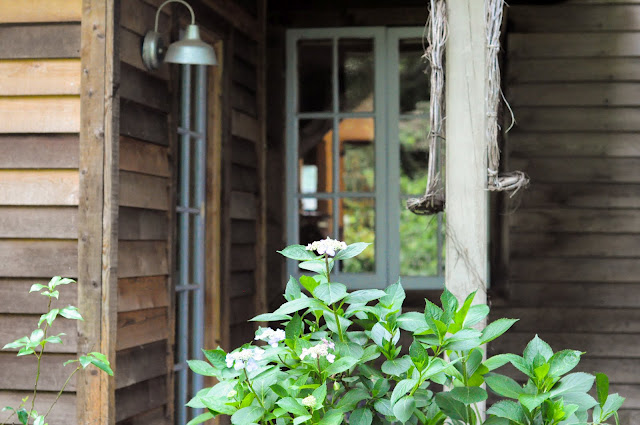 With my “old self” beginning to emerge I began doing a little here and a little there, thinking all was fine.  Then, last Tuesday I woke feeling a bit off.  I chalked it up to lack of sleep.  Mid-day, feeling a bit better, I decided to take a little walk around the yard just to see what I could see. 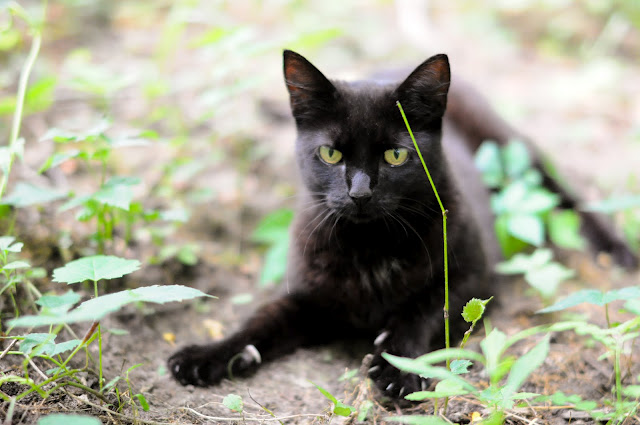 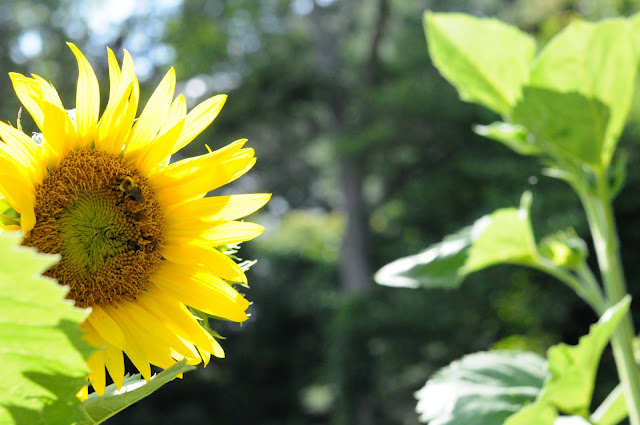 I was outside for maybe twenty minutes.  I may have pulled a few weeds…but only a few. 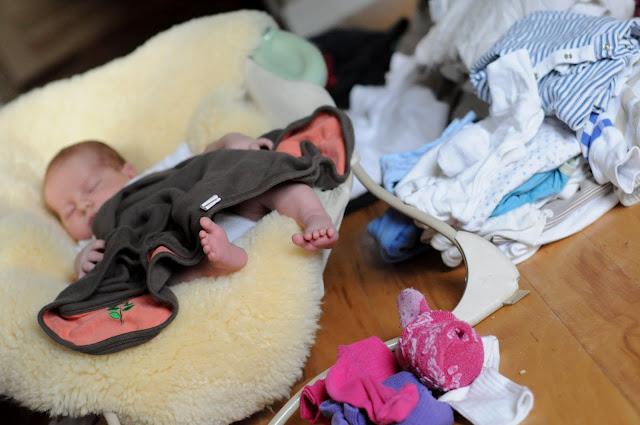 I came indoors, took a shower, and wham, the chills started followed by a high fever that night.  Mastitis.    I’ve recovered without antibiotics, thankfully, but thanks to a possible ulcer caused by ibuprofen, I’ve been in pain for days.  It’s not been fun, and my house quickly fell to chaos.  The mountains of laundry minor in comparison to the rest of the mess. 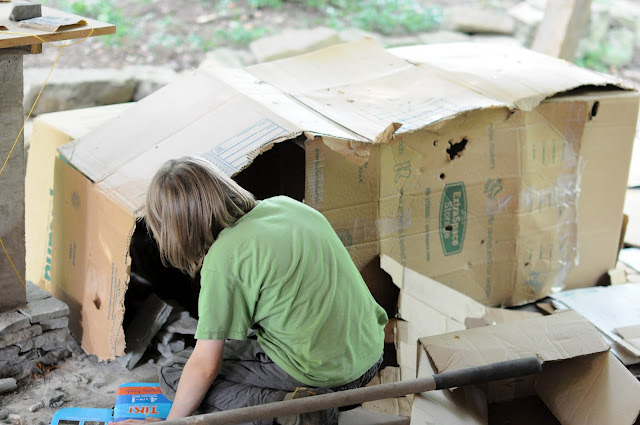 There has still been fun to be had though, just not so much by me.  A new load of cardboard slated for the garden, has become a huge mess, a series of fantastic houses and forts. 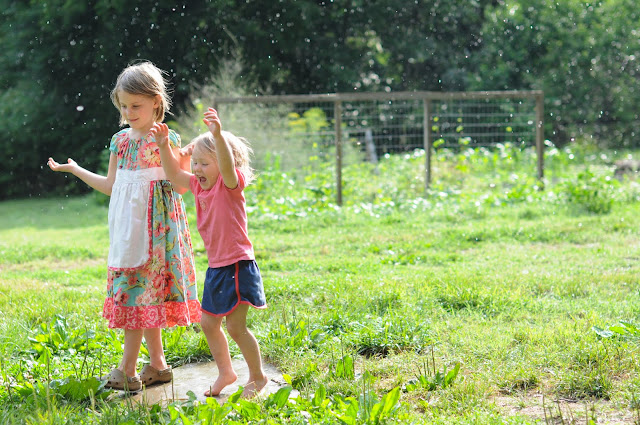 There have been afternoon showers to dance in. 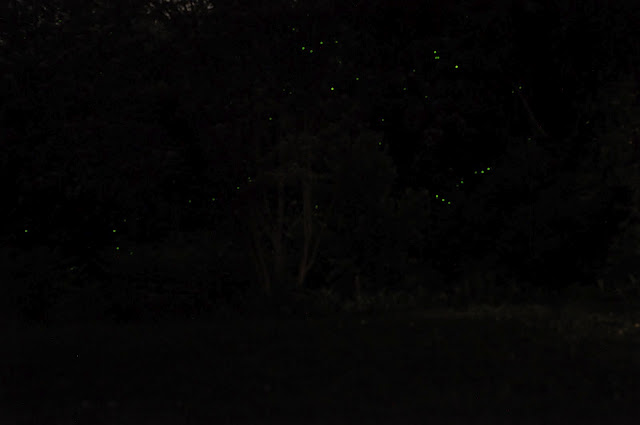 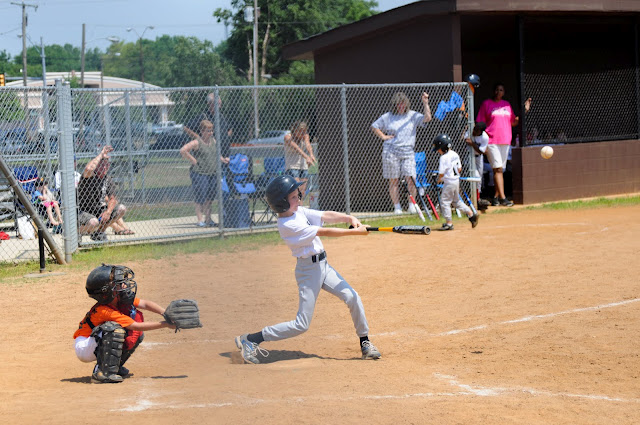 Keats, in his first ever baseball game, up to bat for the first time, hit an in the park home run! 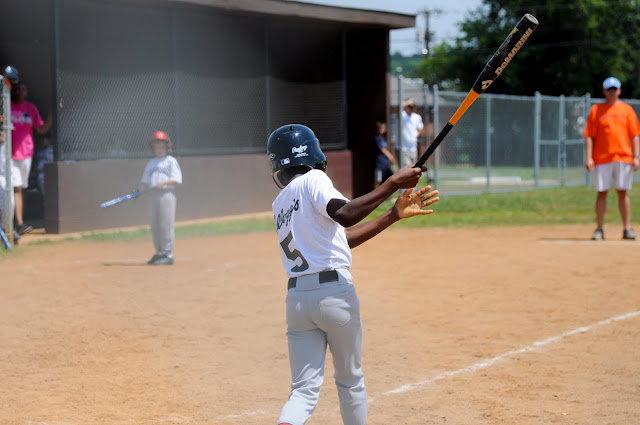 Gabe, a few minutes later, did the exact same! 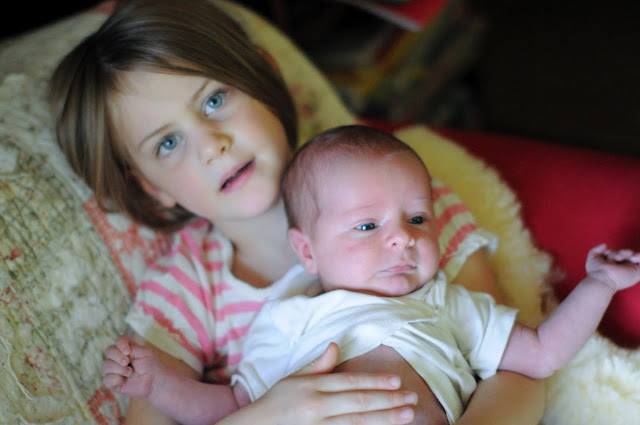 Larkspur is of course still madly in love with Silas, who must be eleven pounds or so now (this photo is from last week–he is now developing his first fat rolls.) 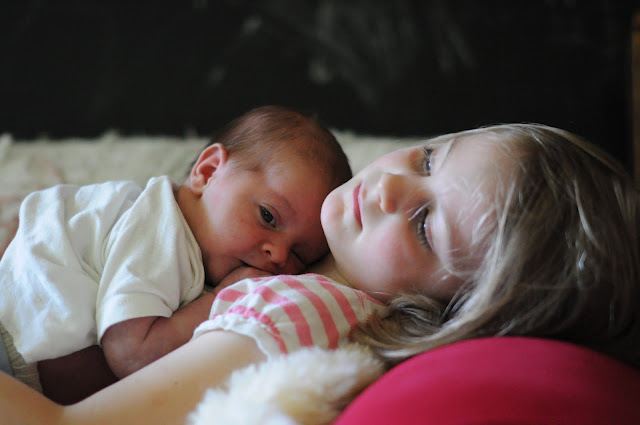 There’s nothing quite so sweet as watching her close her eyes as she holds him close and whispers all her plans for him.
I am hoping to be feeling better soon!  I have done so much thinking and planning over these past days and have so much to share as I am able.  I also have such a sweet sewing project to show you–Larkspur’s part was finished just before I got sick.  Hopefully I can finish Beatrix’s soon, and share it with you.
Until then, be well friends!
I’ll be back for Yarn Along, if not before!