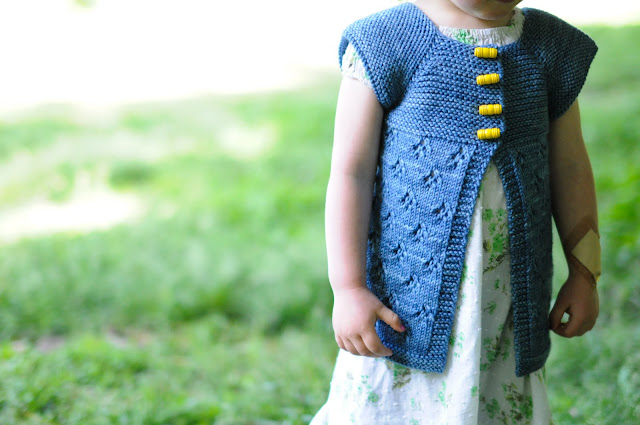 I hurried to finish this little Boheme for Beatrix, complete with yellow toggles (because she loves toggles almost as much as she loves bandages.)  She is happy with her new vest, but she’s still upset that the baby surprise jacket on my needles now is for the new baby.  I guess I have to give up on keeping the two year old happy.  Poor Larkspur hasn’t had anything finished for her in ages, but she isn’t complaining.  She would like a Boheme too and I ought to cast on another for her.  It’s just that she’s bigger, and it takes longer to knit for her.  Such a poor excuse, I know.  I have plenty of knitting plans for Larkspur. 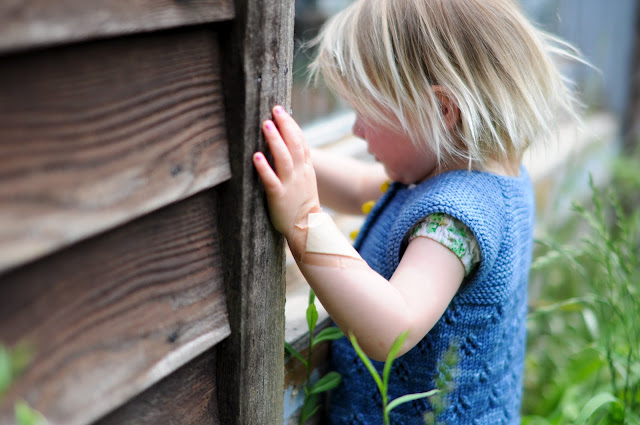 ( I don’t know who gave Beatrix that huge bandage on her arm in these photos, probably one of her brothers. But don’t worry, there isn’t a huge boo boo underneath.)
She’s just noticed her red baby though the window… 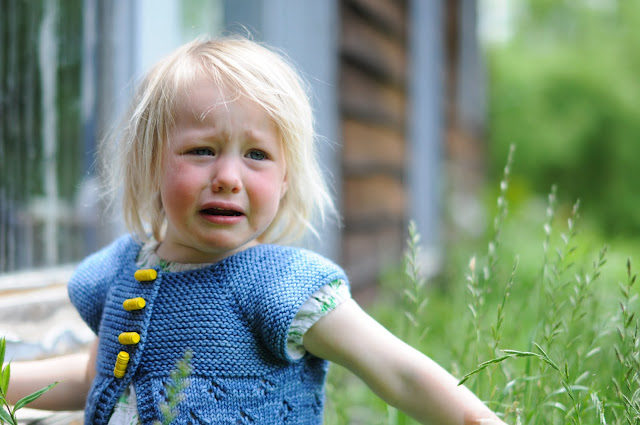 And she really needs it. 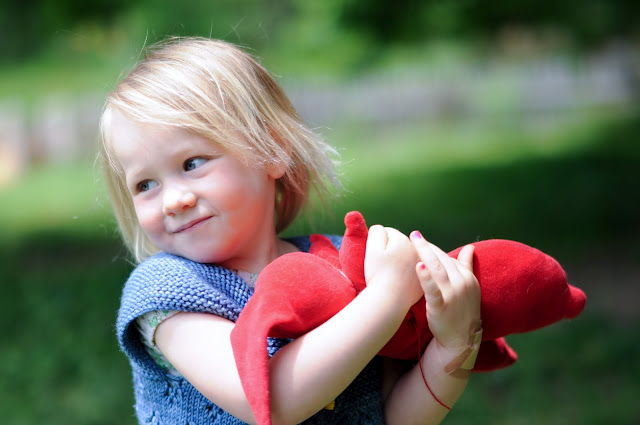 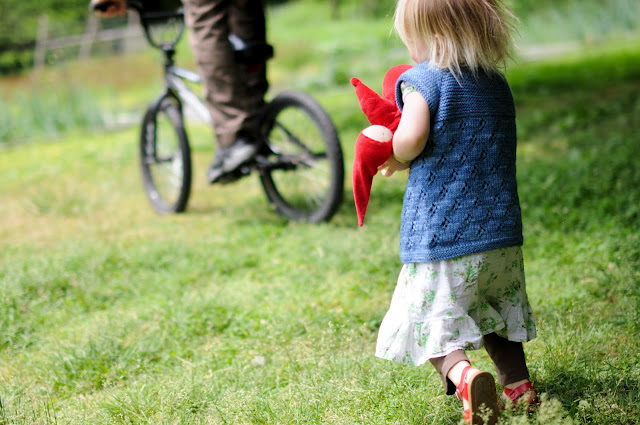 (Jonny on his bike-he and the boys have built jumps all over our yard.  Sooo pretty.) 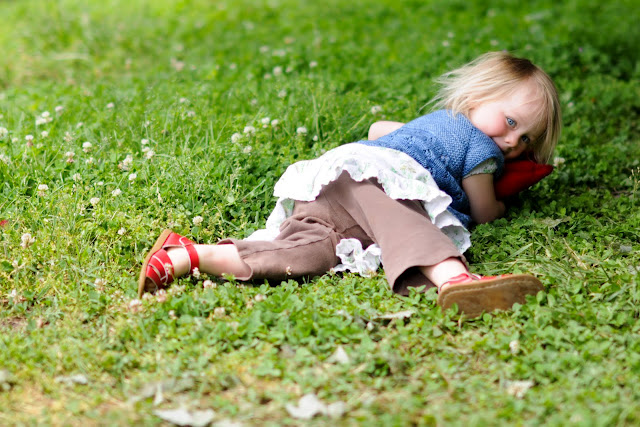 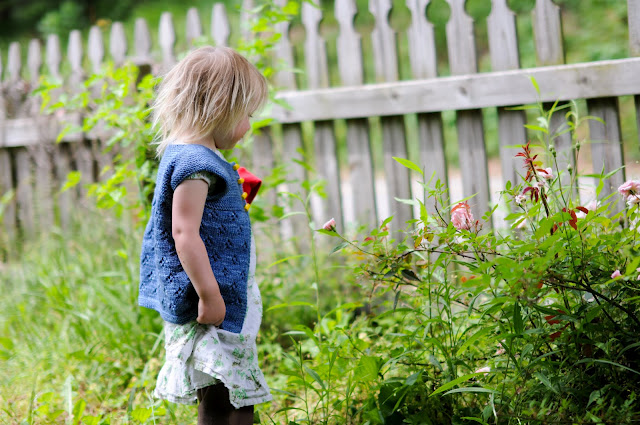 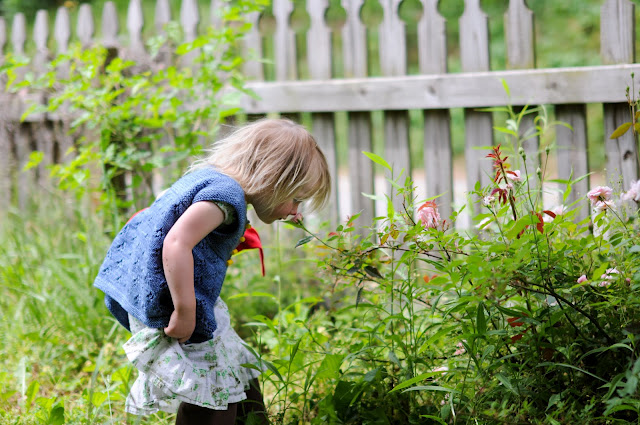 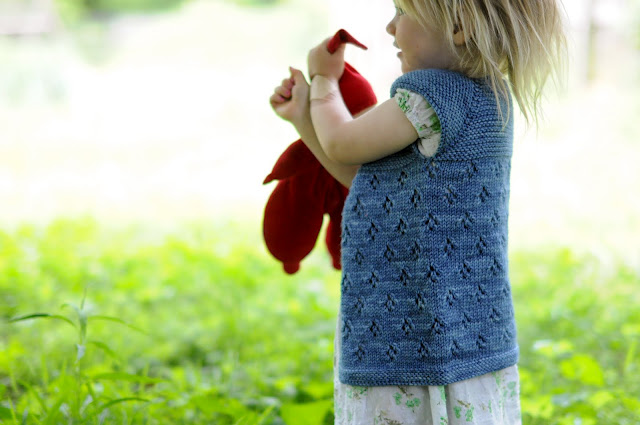 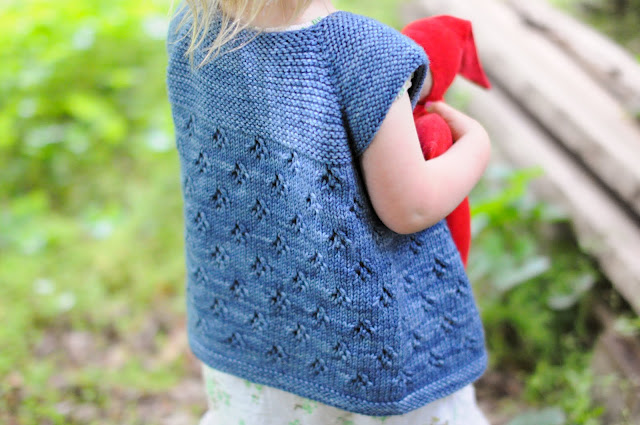 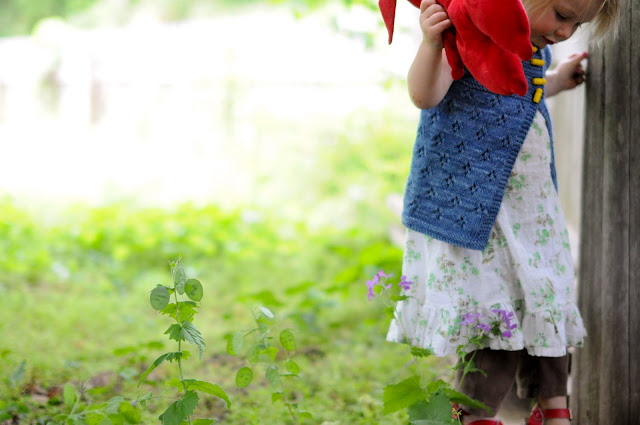 So forgive me for yet another post of pictures of one of my girls running around the yard wearing something I’ve made for her.  Tomorrow there will be more of the same….I can’t help it.
Unless of course you want to hear about how two of my boys got to spend half the day in bed yesterday because they were complaining too much about having to do a little work…
I wouldn’t have any great photos to go with that though.