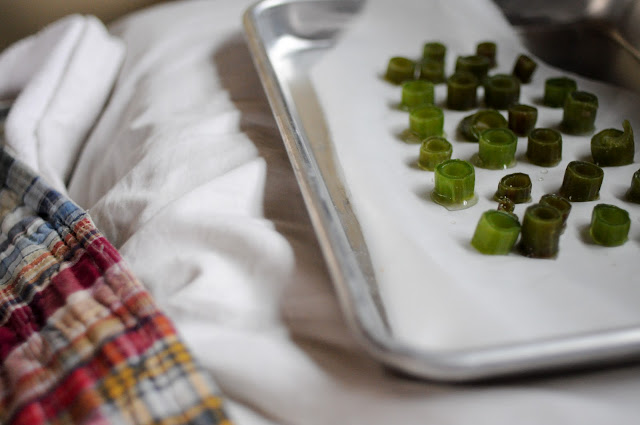 Spring has brought with it a renewal of my boys’ fascination with edible plants and natural remedies.  Scenes like the one above are common.  I try not to worry about them marinating wild plants in sugar syrups on their pillows, and give them pretty free reign.  I do not want to put a damper on their fun and certainly do not want to discourage this interest they have.  I must say though that I am not a huge fan of all the sugary treats they create.  This year there has been forsythia syrup, candied violets, and the latest discovery:  candied Japanese knotweed.  Seth calls the knotweed “poor man’s rhubarb,” which I find pretty cute.  Much to his dismay, I refuse to taste it. 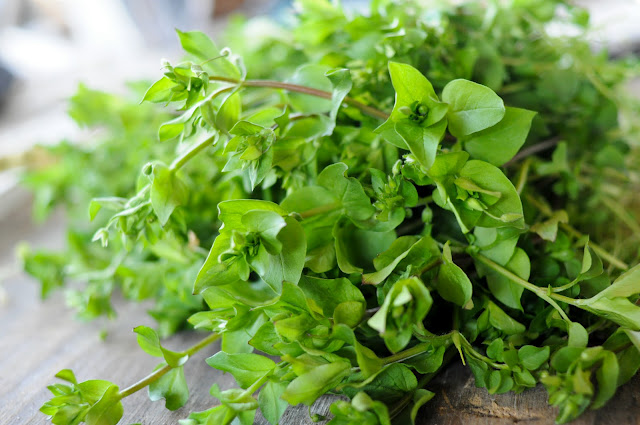 While it seems like yesterday, it was actually many years ago that I took a job working for a tough lady named Sally (I mean that in the most affectionate way) at a beautiful nursery called Thyme after Thyme, just outside of Athens, Georgia.  While I worked my way up to eventually being in charge of the herb section at the nursery, I really did have to work my way up, pulling weeds one of my initial regular tasks.  I became very familiar with chickweed, that pesky little plant that likes to take over the garden towards the end of winter.  I also became a little obsessed with herbs and determined that one day I would have my own nursery devoted solely to them.  Fast forward about twelve years, and my reality is that chickens have destroyed my herb garden and I am not even thinking about opening a nursery anymore.  Funny though, when I pulled up the website for Thyme after Thyme, I burst into tears.  I love my life, but I sure miss the time when I worked there and all those youthful dreams.  Or maybe right now I just miss being twenty and really thin… 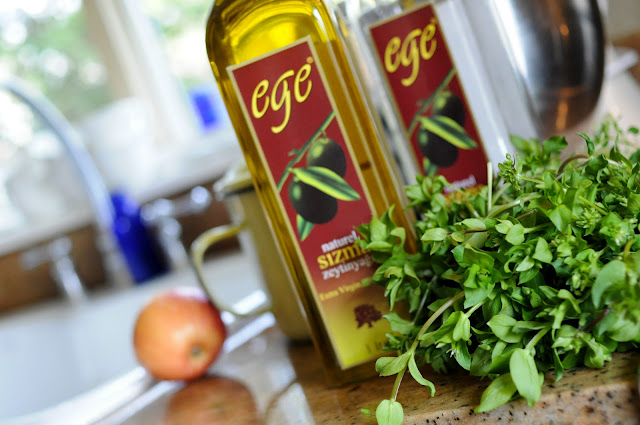 Thick or thin, chickens or not, I still have plenty of chickweed. While I didn’t realize it back when I was spending cool mornings pulling this little pest out of Sally’s display gardens, chickweed actually has some good qualities.  Over the past couple of months I have been digging into my library of books on not only growing herbs, but using herbs for healing as well.  Seth, finding herbal medicine a natural interest alongside his fascination with edible plants, has been reading my books as well.  It was actually he who excitedly told me that chickweed is very good for soothing and treating minor skin irritations. 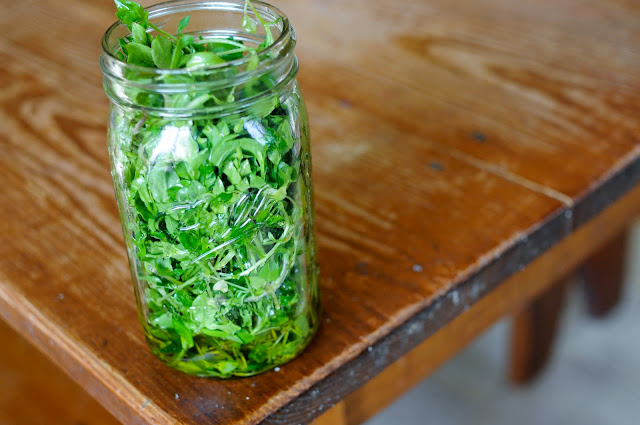 Naturally we decided to make a soothing chickweed salve for all the stings, bites, and itchy little skin irritations my boys encounter during the summer months.  I combined as much fresh chickweed as I could stuff in a quart sized jar with a cup of olive oil and placed it in a pot of water to simmer double boiler style on the stove. 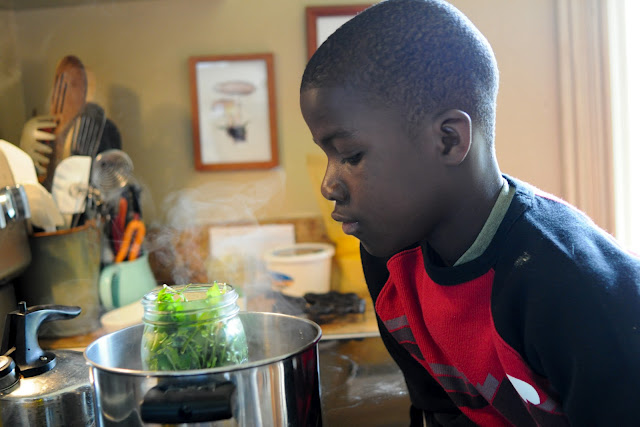 If I am honest, I must confess that I initially forgot about the double boiler part and actually put it all directly in a pot on the stove (which may have been just fine for this initial step anyway) and then used my bare hands to pull the messy plant/oil mixture out of the pot and stuff it in the jar and then added a bit of extra oil.
After the chickweed had simmered for about an hour and a half I used a strainer lined with cheesecloth to extract the herbal oil, now a lovely bright green.  I poured the herbal oil back into the jar, returned it to the hot water bath, and added 1/4 cup of beeswax pastilles.  In addition, I added 45 drops of tea tree oil (known to be healing to the skin), and 35 drops of lavender oil (considered good for insect bites, stings, and burns), swirling to mix. 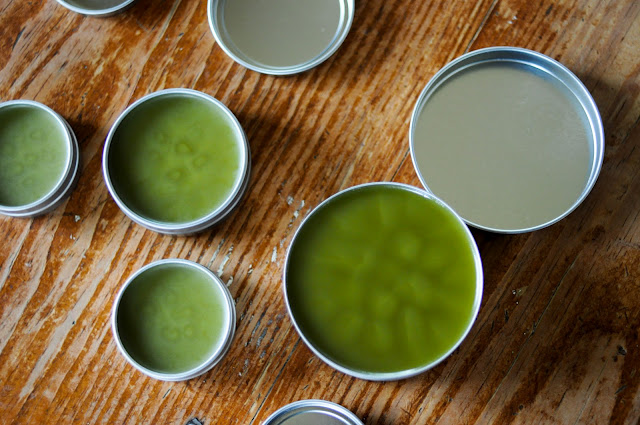 Once the beeswax was fully melted and combined, I carefully poured the beautiful, delicious smelling salve into tins and let it cool and set. 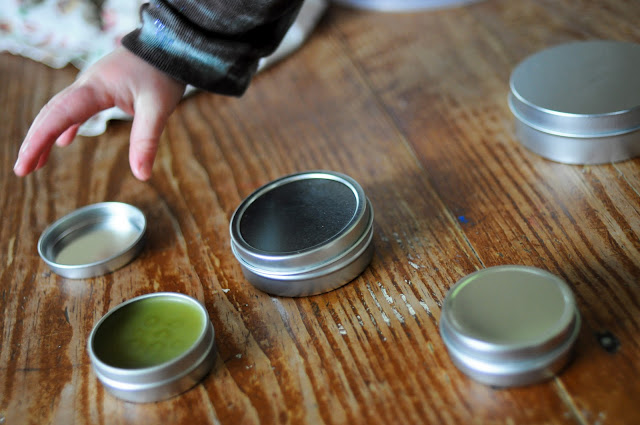 Beatrix arrived on the scene and capped all the tins, and then each boy was given a small one for his “survival” kit.  Larkspur of course claimed one as well.  I’ll have to report back on the salve later this summer when we are deep into bite and scratch season.  For now, it is being rubbed on anything that has any resemblance to a “boo boo.”  Myself, I just like to give it a sniff now and then.
p.s.  I have long been a fan of Rosemary Gladstar’s books on herbal medicine and creating natural remedies, and own most of them.  My favorites though, appear to be out of print.  I bet this newer one covers everything though:  Rosemary Gladstar’s Herbal Recipes for Vibrant Health: 175 Teas, Tonics, Oils, Salves, Tinctures, and Other Natural Remedies for the Entire Family