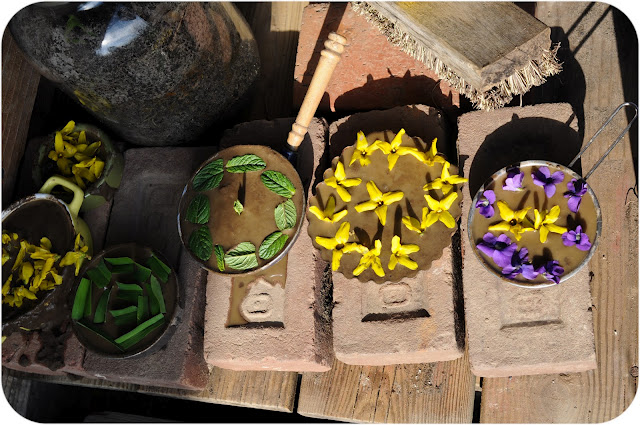 For weeks now, we’ve been experiencing Spring.  The weather has been mild. The forsythia, the daffodils, and even the violets are blooming.  And of course the mud pie kitchen has been going full swing. 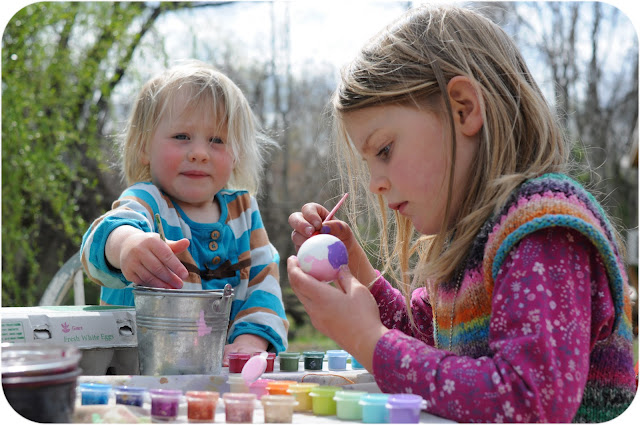 Painting has been moved outdoors (which saves my kitchen and the rest of the house as well if Beatrix is involved.) 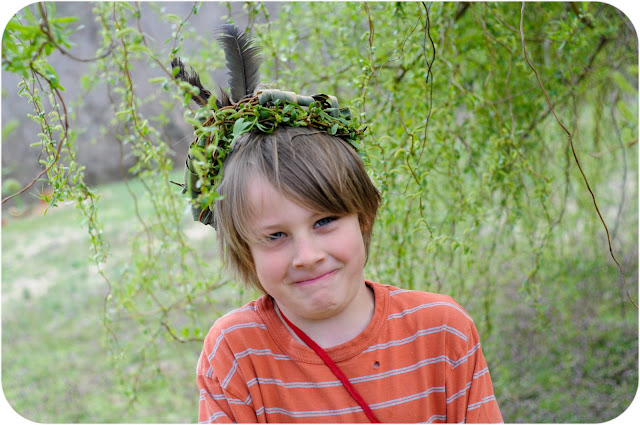 The corkscrew willow is covered in leaves, and willow crowns are in abundance. 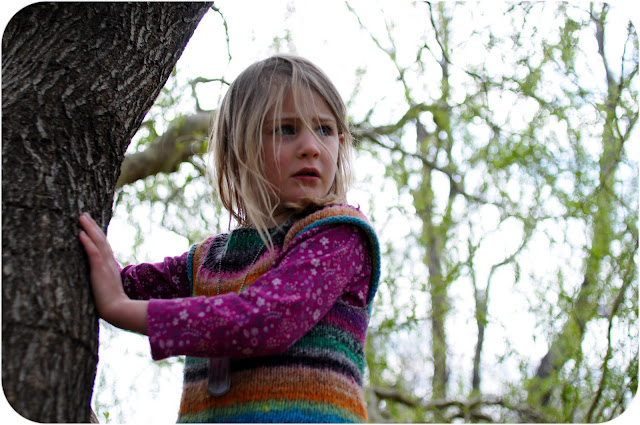 This favorite haunt is being climbed daily by all my kids. 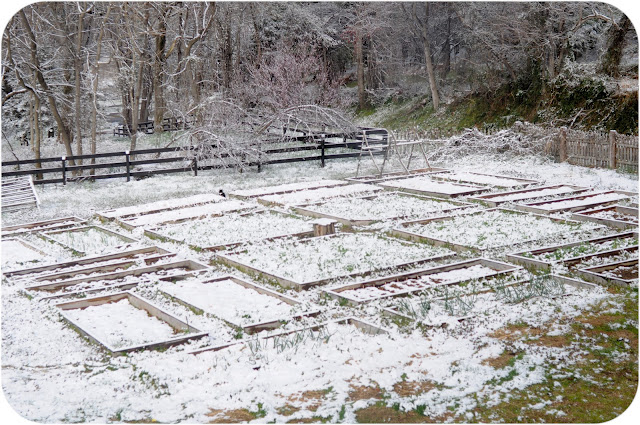 And then, we realized this weekend that the forecast was calling for snow, the day after a warm sunny, play outside, day!  And sure enough, when I woke this morning, my first sight was snow on the roof, and more flakes falling. 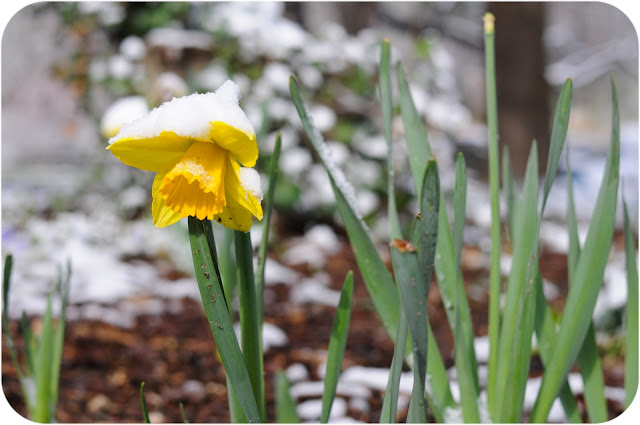 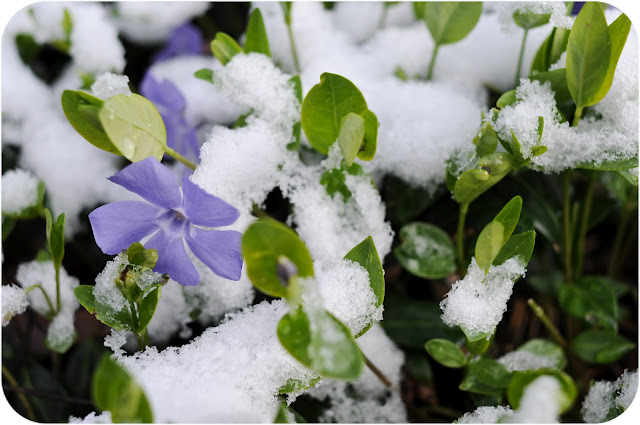 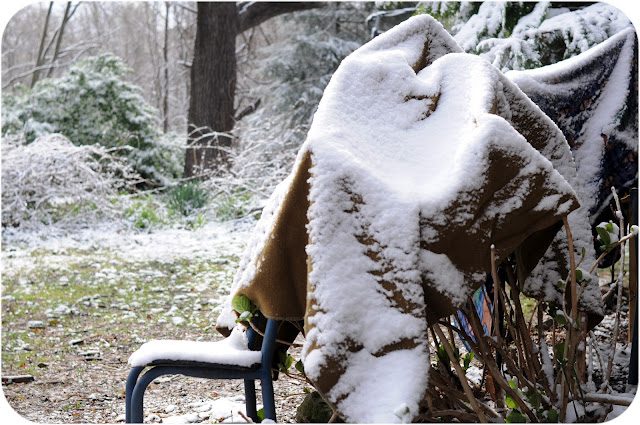 Our hydrangea has been struck by late frost before so we covered her up the night before. 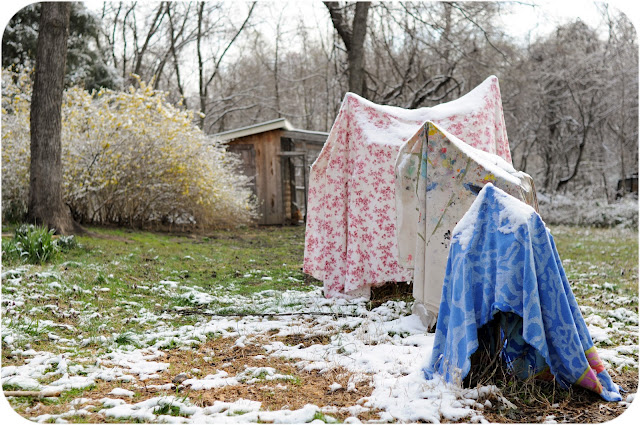 Our blueberry bushes got the same special treatment. 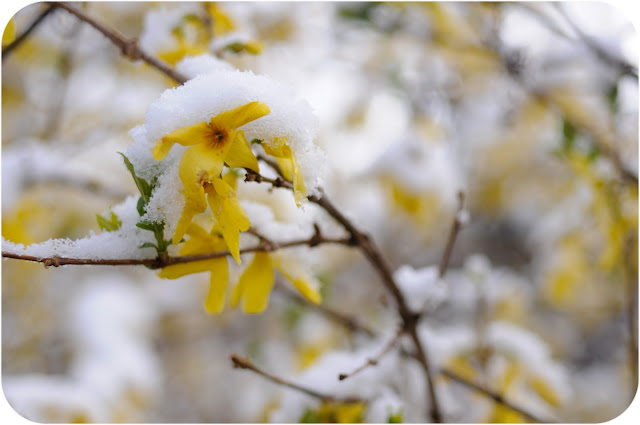 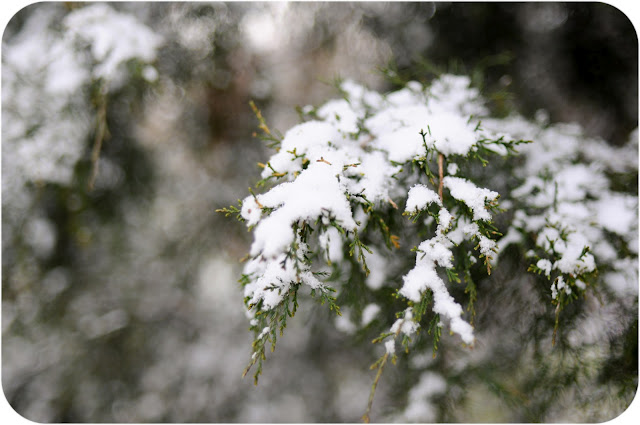 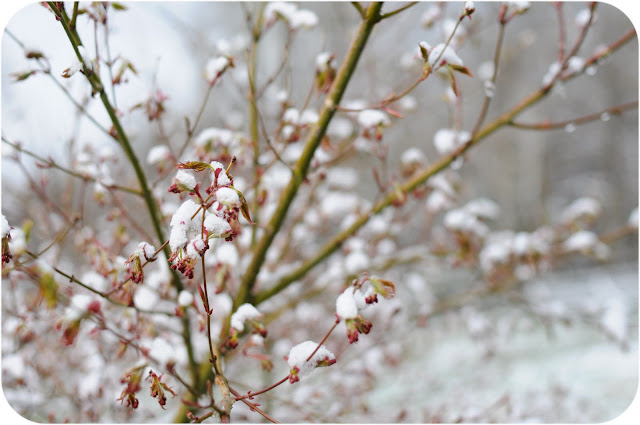 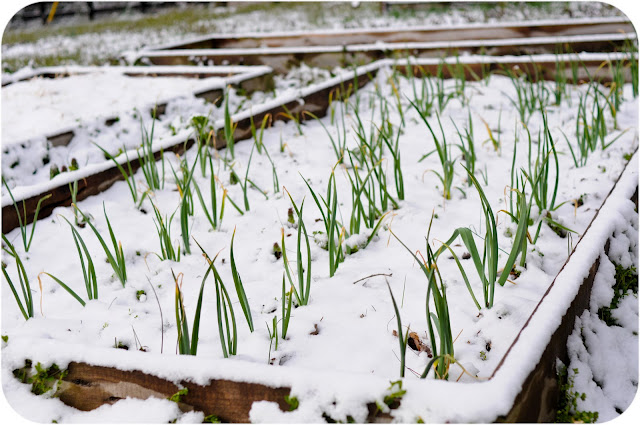 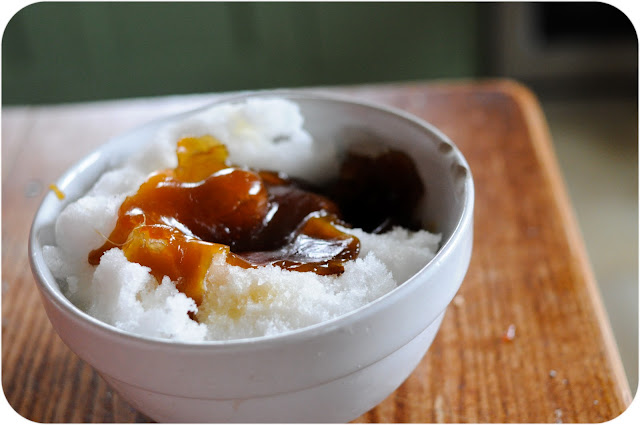 My kids were excited to try making maple syrup candy in a bowl of snow.  This version is very tasty, but hard on the teeth. 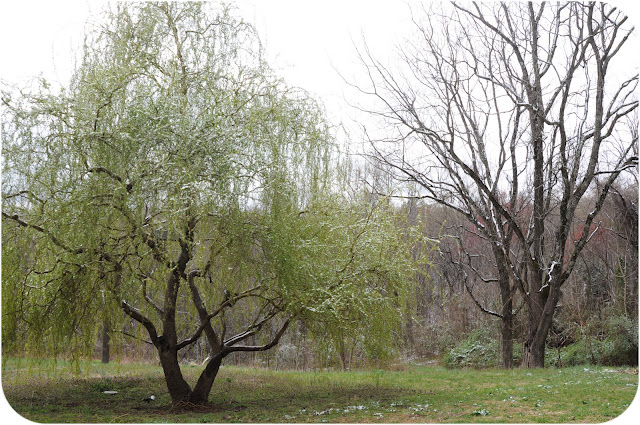 Thankfully, nothing seemed to suffer too much. The snow had melted by mid day, and tonight is hopefully the last time we will see freezing temperatures this spring–hopefully. 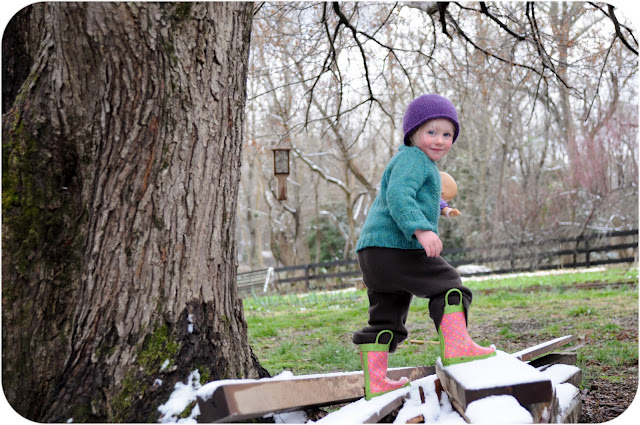 The little one who got the biggest thrill out of this surprise snow, was Beatrix.  For weeks now, anytime we read a book with the mention of snow in it, she asks when it’s going to snow, and we have been telling her that there won’t be anymore snow until next winter.  This terrible news literally sends her into tears every time. 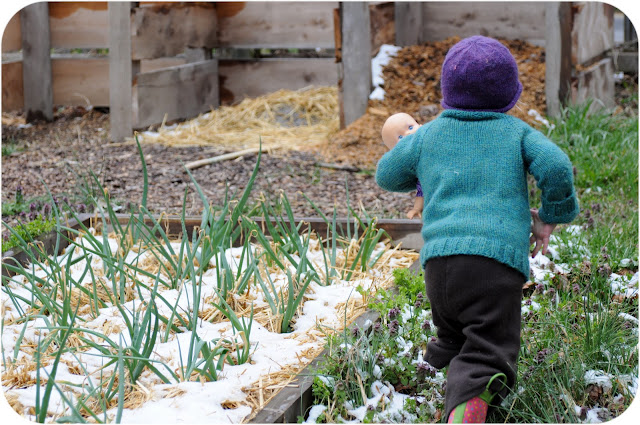 You never know if predicted snow will actually fall, so we didn’t tell Beatrix about the forecast, not wanting to disappoint her.  This morning she got a wonderful surprise.  When she woke at her usual time and saw the snow on the roof she was ecstatic, and did not go back to sleep like she usually does, but woke the whole house with her exclamations. “Snow!”  “Snow!”
edited:  What she really said was “It’s no-in!  It’s no-in!”  (I don’t want to forget one day the way she left out initial consonants at this age.) 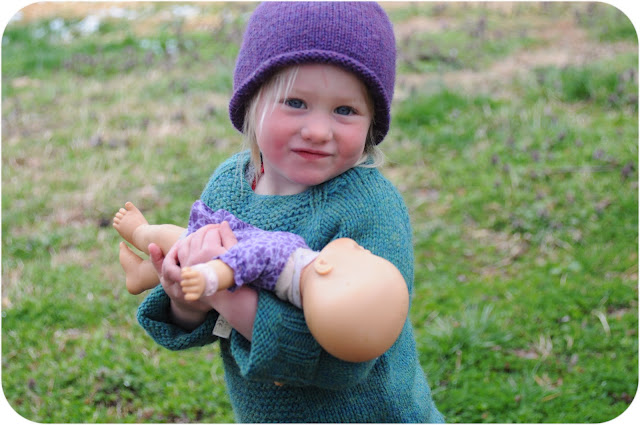 I am so glad that she got what she has been wishing for.  One last little bit of snow, however fleeting it was.