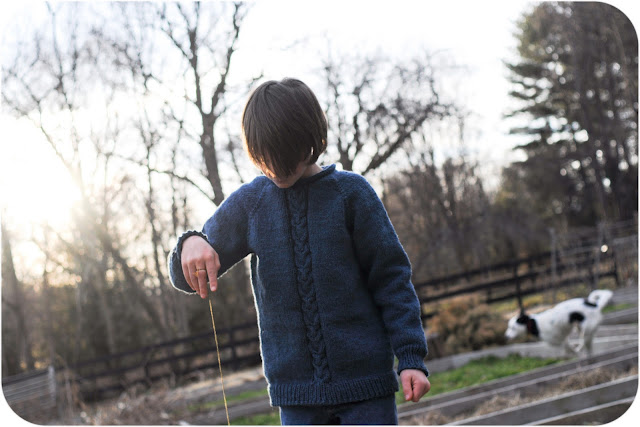 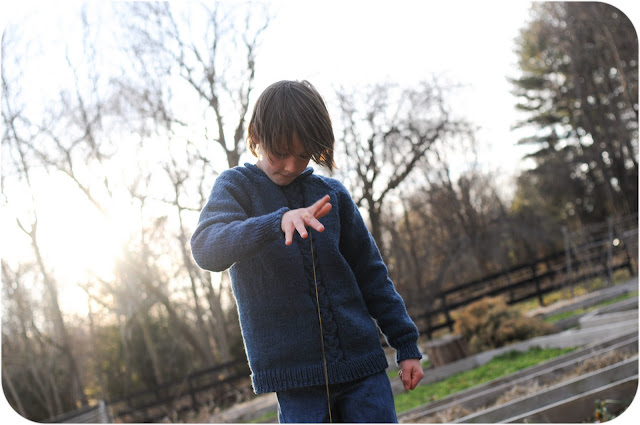 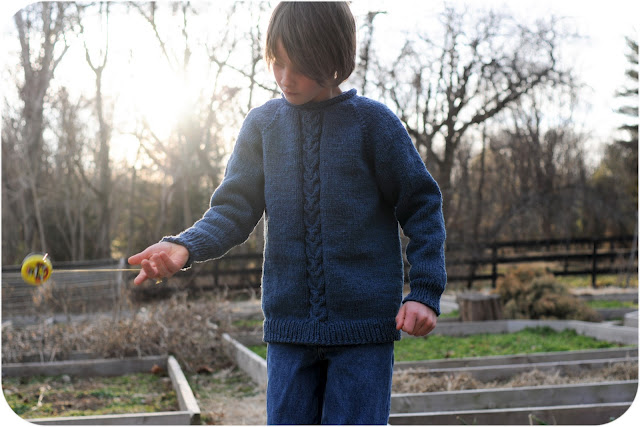 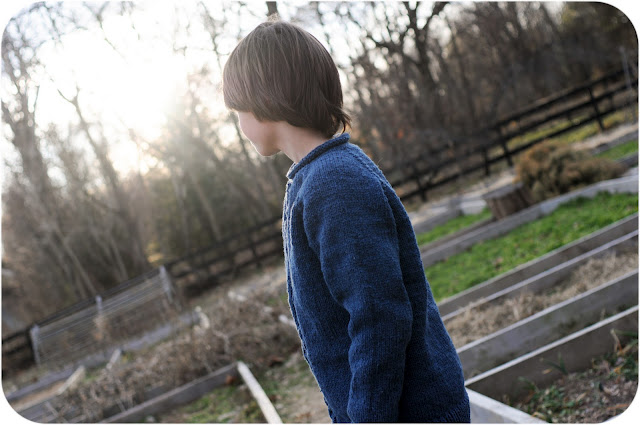 Two nights before his eighth birthday, Keats had an earache.  He was crying quietly in his bed, and having exhausted all other remedies, I whispered to him, do you want to come get in our bed?
Keats hasn’t slept with us since he was about four years old (at which time he slept with us most every night,) but the answer was, “yes.”
He was quick to snuggle up against my back and fall asleep, just like he did when he was small.
The time will come when he won’t even hold my hand anymore so I know to treasure these times.  I’m grateful that right now, he’s still quite happy to sit in my lap or sleep cuddled next to me.  All of our boys are at such fun ages it seems right now, and I try not to think about them getting older, as silly and futile as that may be.
Keats is my sensitive creative child, the one who “dawdles.”  That habit of his, of taking time, results not only in a mom who has to remind him over and over to “get back to work” but also in beautiful, careful creations.  He takes his time, he sticks with it, and he impresses me again and again.
For his birthday he wanted a drop spindle, a book of String Games

, a yo-yo, and a paintball gun.
He has spent hours already spinning yarn, long past the attention span of the other little boys I know.
He studies his books to learn yo-yo tricks, and ways to manipulate string into intricate patterns.
He wears three pairs of jeans to play paintball with his brothers (and four shirts.)
Thank goodness he does his own laundry (as long as I remind him a few times.)
While Keats was distracted by his yo-yo (he wasn’t too cooperative on the photograph front), I managed to take a few pictures. He wanted to wear his new sweater as soon as I had finished weaving in the ends, so it still needed blocking when these photos were taken.
I knit 75 % of this sweater over the past week and feel like I have done little else.  I am proud of it, but also really glad to get to move on to other projects, not to mention catching up on housekeeping.  In my defense, I was sick this week, and probably wouldn’t have done a great job keeping house even if I weren’t knitting.  In the future, I need to try and remember that I don’t really like knitting for a deadline.  It seems like all I have thought of for the past week was finishing that sweater!
Regarding the sweater though, I think that Beaverslide Fisherman weight wool is my definite favorite yarn for active little boys.  It is nice and sturdy without being scratchy.  I did give it a soak in some softening wool wash last night and blocked it.  I am afraid it is going to take days to dry!  It’s really thick and soft after the soak.
Gabriel’s sweater will be next and he wants a sweater of many colors.  His birthday is in May, so I am thinking I will take my time on his, and make it a Christmas present, since he’ll hardly need a wool sweater to wear this summer, and there is no telling how big he will be next winter!
***
In the past Jonny and I have paid little attention to Valentine’s Day, but this year he and I made the kids simple handmade Valentine’s with a short “Roses are red” type poem for each child.  It sure was hard coming up with those poems at midnight!  I decorated the kitchen with a crochetedheart garland, and little felted heart ornaments that I made for the potted evergreen tree that sits on our kitchen counter.  Jonny also made homemade peanut butter cups, which are really the best, and we save making them for special occasions.  That was it for our simple celebration, but honestly it was more than we have ever done in the past.  It’s amazing how doing something small can result in such a nice trickle down effect.  This evening all of our children gathered around the table making each other Valentines (the ones we made earlier were for cousins, and I have yet to get them in the mail!)
I even got one from Seth (quickly stuffed into my hand as he ran the other direction) covered in hearts that said “Mommy, I love you.”  That is a far cry from the usual notes I get from him that say things like “I hate piano” or “I hate this gluten free diet!”
Larkspur declared Keats her sweetest brother and embarrassed him by telling him over and over that she loves him soooooo much, following that up with a flurry of little love notes.
So, I think we will keep up this little Valentine’s Day tradition.  It never hurts to take a day just to remind your family that you love them and it really didn’t take that much work, even if Jonny and I ended up doing everything late the night before!