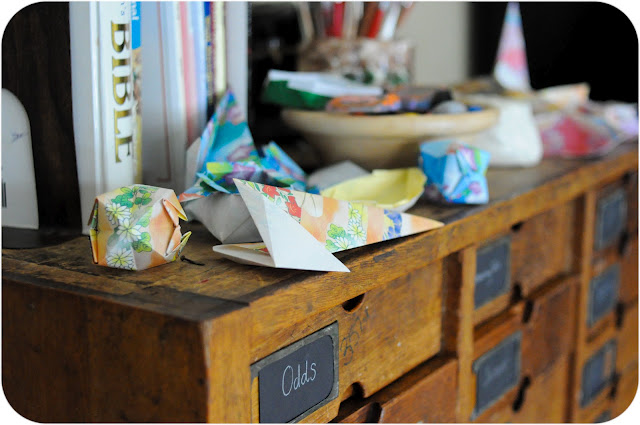 The boys are in an origami phase.  These phases come and go.  They result in endless paper creations all over the house.  I always wonder what I am to do with all of them, every one obviously an important piece of art. 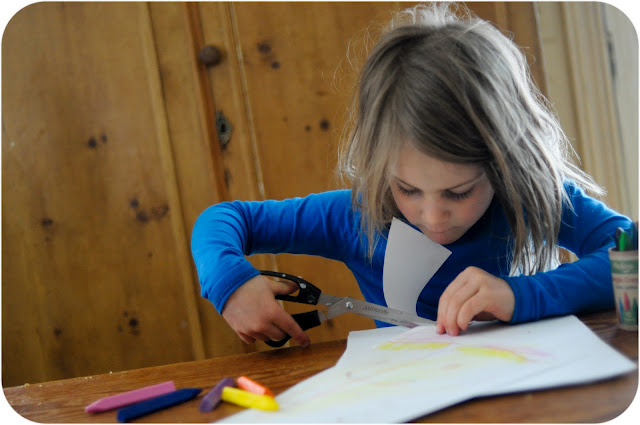 Larkspur is my crafting queen.  If you ask her she will tell you quite simply, “yeah, I’m an artist.”
The other night long after she had been tucked into bed, I walked past her and she spoke to me.  I asked her why she was still awake.  She replied that she was just thinking of all the things she wanted to make the next day.  Oh, I understand.  Me too, sweetie.  Lately her favorite tool is the hot glue gun (supervised.)  I wonder if they make colored glue for the people who just like watching it squirt out of the gun onto a piece of paper? 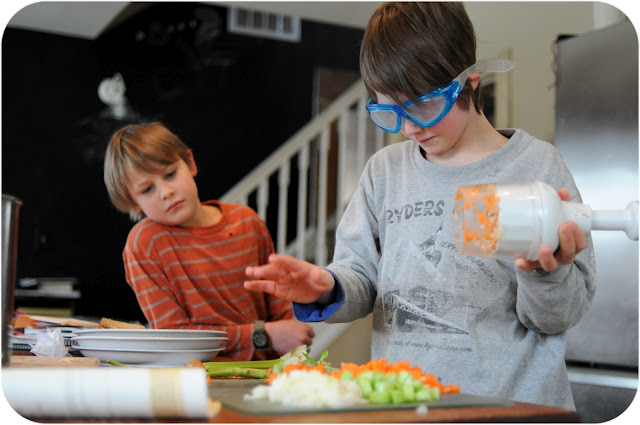 The other day, I was very much not in the mood to chop vegetables for the soup I had planned for dinner.  Keats gladly volunteered and ended up making the soup all on his own.  I stayed present just for moral support (and because Larkspur was at the table with her hot glue gun) and to help him decipher the recipe at times.  He asked that if I post this photo on my blog, that I explain that he wears goggles because the onions burn his eyes. 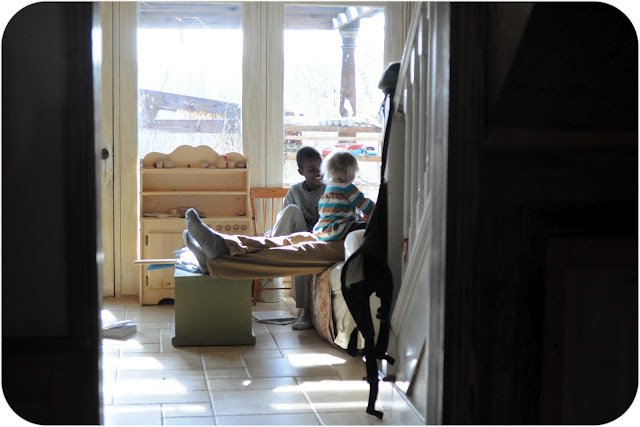 Yesterday Keats spent a bit of time with my camera.  When I downloaded his photos I found that most of them were of me, which is very sweet. Unfortunately they happened to mostly be of my backside, which I hadn’t really seen this pregnancy.  I won’t comment.  This photo I did deem worthy of sharing.  Beatrix was a bit happier than she has been in a few days, and was willing to spend a bit of time with Jonny without screaming for me.  I needed the break. 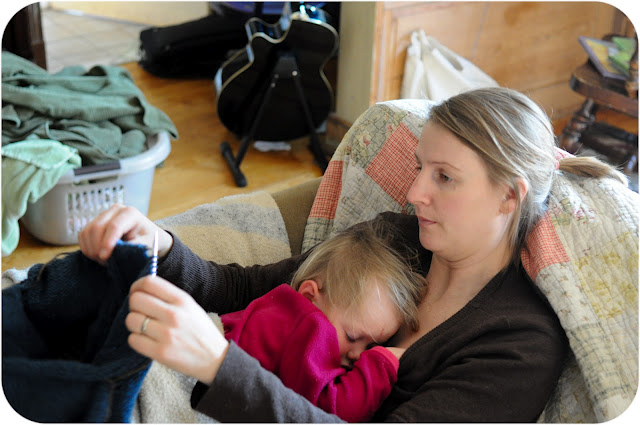 Here’s a scene from Sunday.  Beatrix does not typically sleep during the day (to my dismay.)  But she was feverish and miserable this day and crashed in my lap. 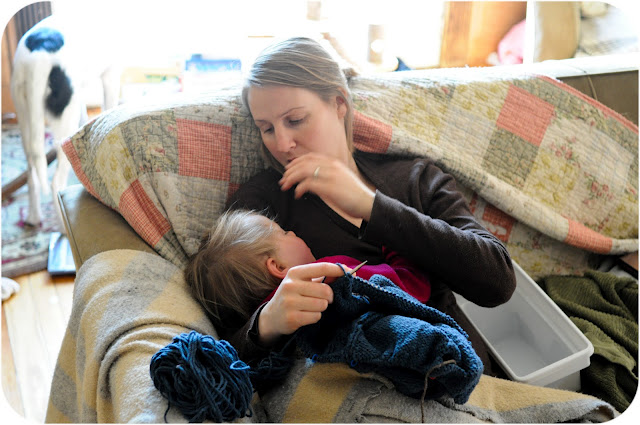 She was wheezing and coughing until she would throw up over and over again (hence the little tray next to me) and a piece on the nebulizer broke.  We finally repaired it (with the hot glue gun!) and things got much better after a proper breathing treatment. 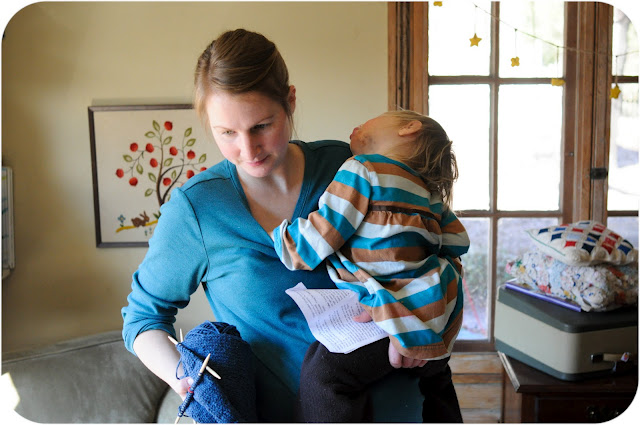 And this is from yesterday, a crying Beatrix who fell asleep in my arms while we listened to my favorite Avett Brothers Album.  Of course, I immediately wondered if I could squeeze some knitting in.
(and I can’t help but point out that that gross looking area under her chin is just smeared marker-she is a face color-er.) 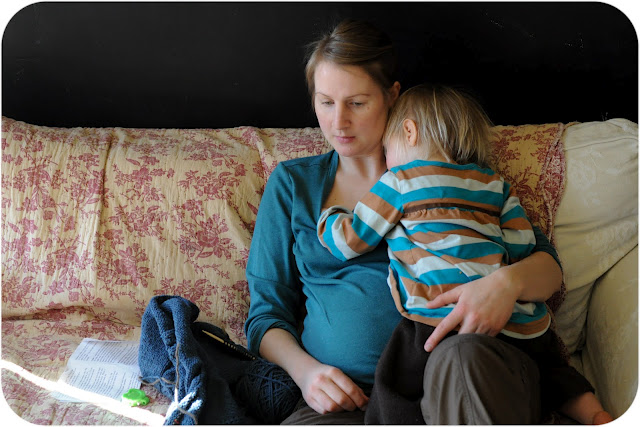 Bea slept for about an hour, but it was really too awkward to use my double points with her in my not really existent anymore, lap.  I was so glad she slept as long as she did as she needed the rest, peaceful as long as she could keep that little hand tucked deep in my shirt.  I have yet to break her of this habit, which is honestly, quite uncomfortable for me, but obviously quite a comfort for my little Bea.
Oh what is she going to do when the new little one arrives?  Well, if you ask her she says she’s going to nurse, and the newborn baby, as she calls him, is not.  Remember, she’s been weaned since last October…
Really, I know everything will be fine, it always is.  I still have a few months to go and so much will probably change before he arrives.  I just can’t quite imagine there being another baby in the house (as excited as I am to meet him when the time comes.)